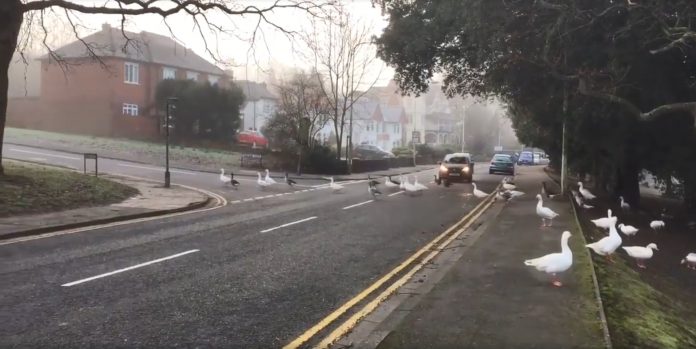 Everyday, Jitesh Parmar would wake up at 8 every morning and walk over to Roath Lake Cardiff, in the United Kingdom, to feed his feathery friends: ducks, geese, swans and seagulls. The man, known as “the whisperer of birds,” started this routine because people do not usually feed birds during the winter season.

The kind companion wanted the birds to be happy and well fed so he decided to feed them daily every  morning. Soon they became friends.

The birds waited eagerly for their friend to show up and they could be seen standing by the roadside at every morning. One particular morning, the man was late for their usual feeding time.

The birds crossing the road to search for their friend 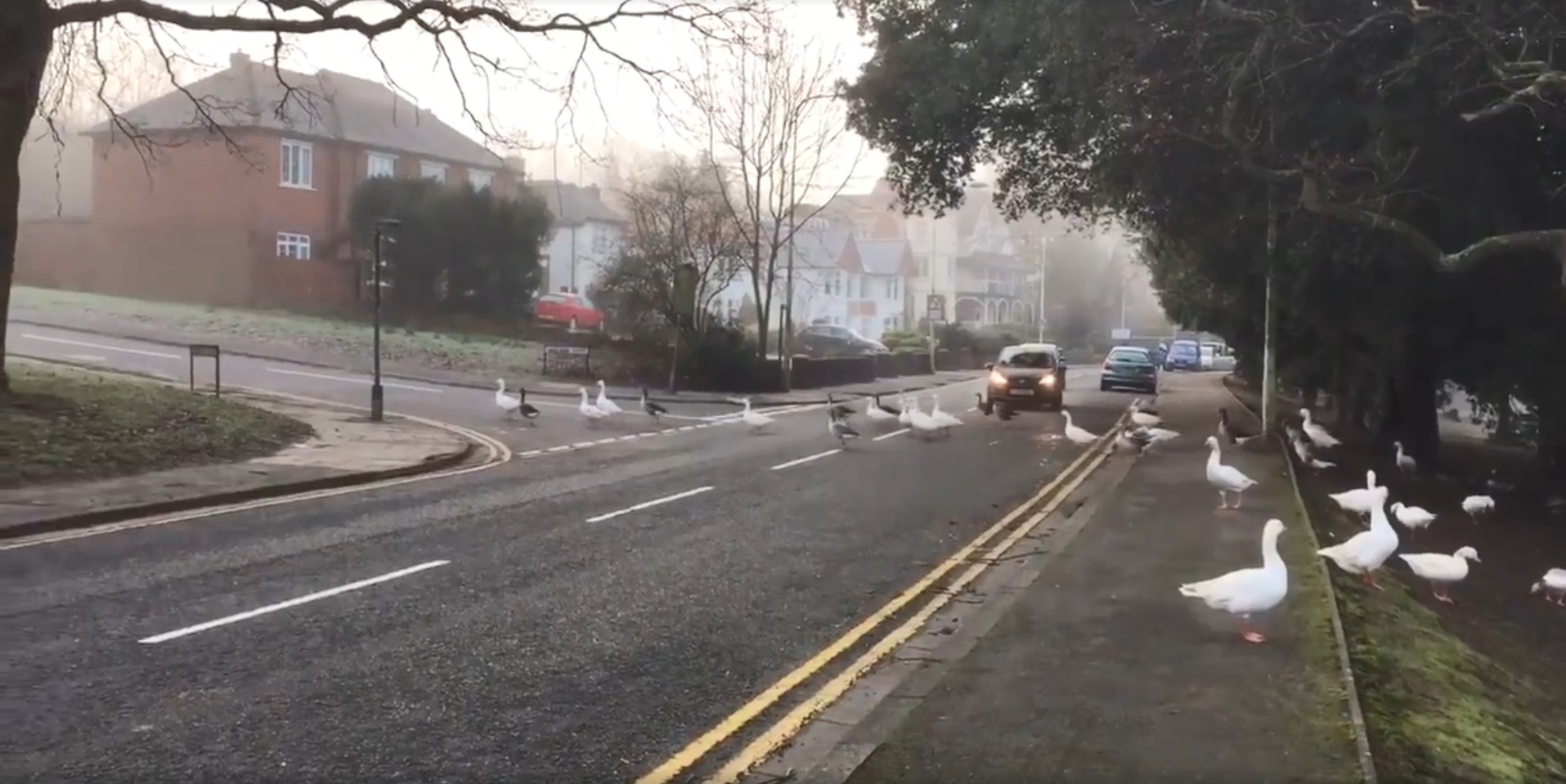 As seen in the video, when the birds did not see Parmar, they rushed out to find him. We could see that the birds had become impatient and started to cross the road.

The birds following Parmar back to the garden 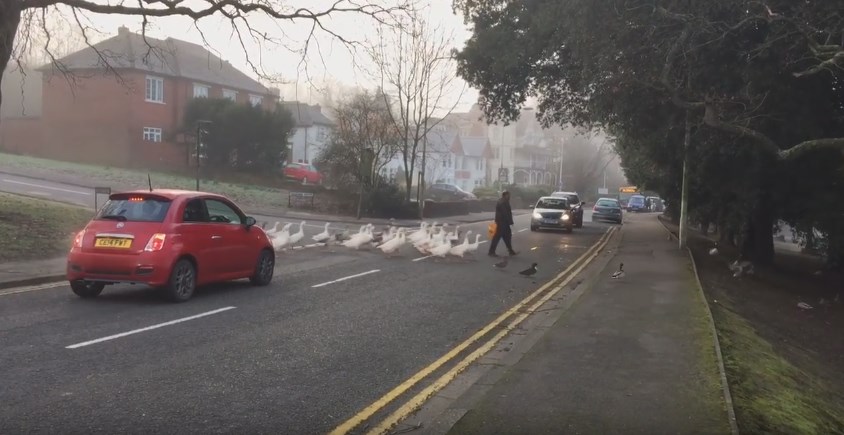 Finally Parmar showed up and they followed him back to the park. Luckily the drivers were very patient and waited for the birds to cross the road safely.

No birds were endangered in the making of this video. Nor did he give them bread. Roath Lake Cardiff has signs everywhere that advise people not to feed birds with bread.

After mom holds newborn, she says ‘this is not my baby.’...