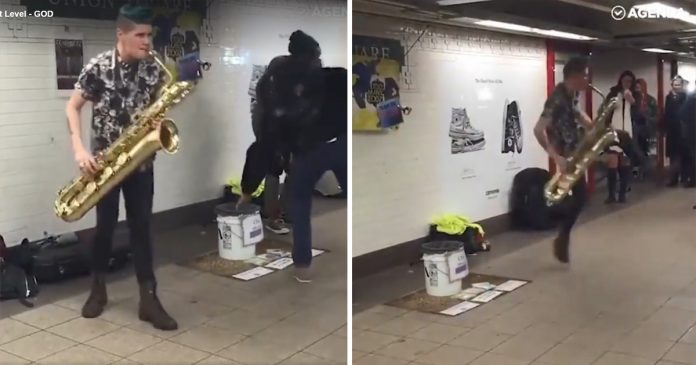 Street musicians are scattered around in almost every cities in the world. There would be one or two future to be artists who could be seen at busy places performing, hoping that someone important would notice their talent.

The city of New York, in the United States, was the same like any other cities. Here you can find a musician called Leo Pellegrino, a musician who can be seen playing his baritone saxophone in a really fascinating style.

Leo Pellegrino with his unique style of playing the baritone saxophone

He belonged to a well-known band called the Lucky Chops, whose motto was “Positive music can change the world”.

A video taken by a South American tourist changed the course of the band in 2015. The video became viral and they were approached by many producers that took them on tours to perform in different countries in Europe.

Leo Pellegrino in one of the Subways performing 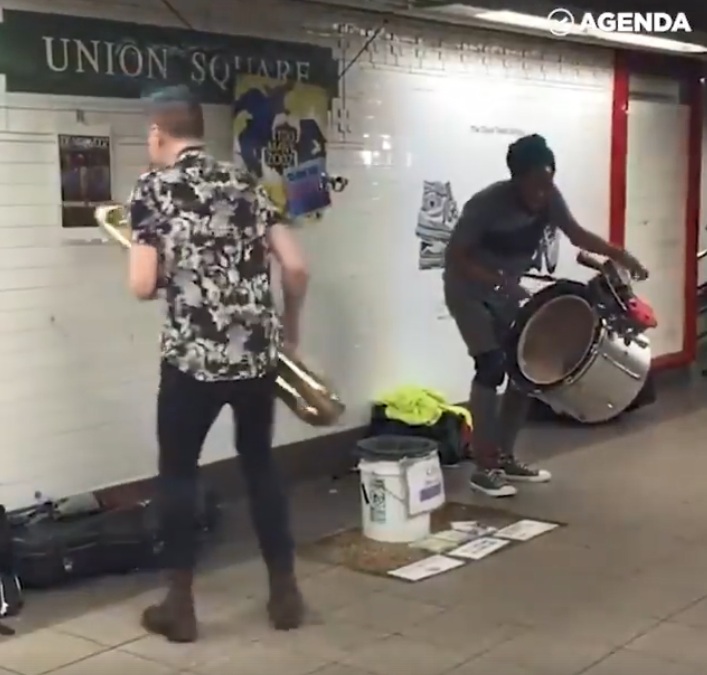 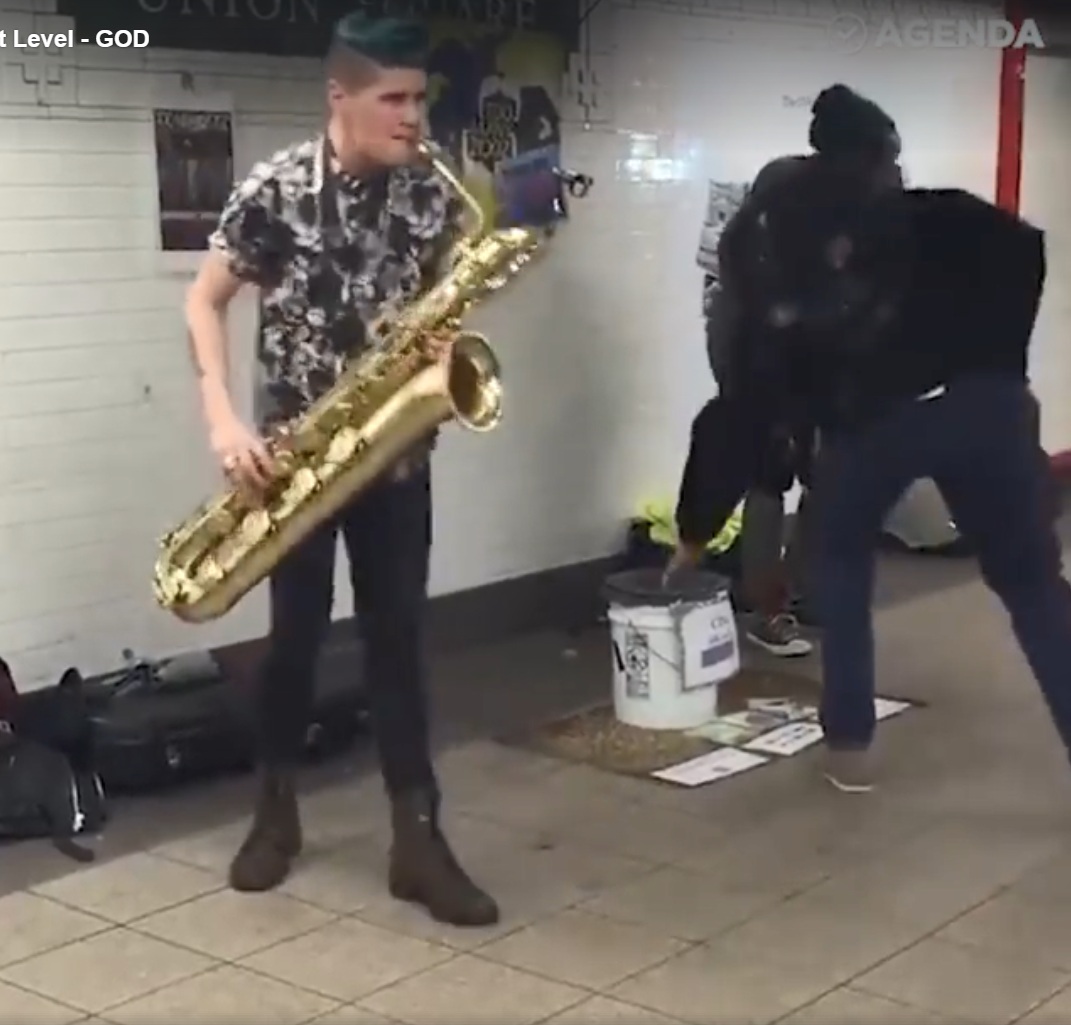 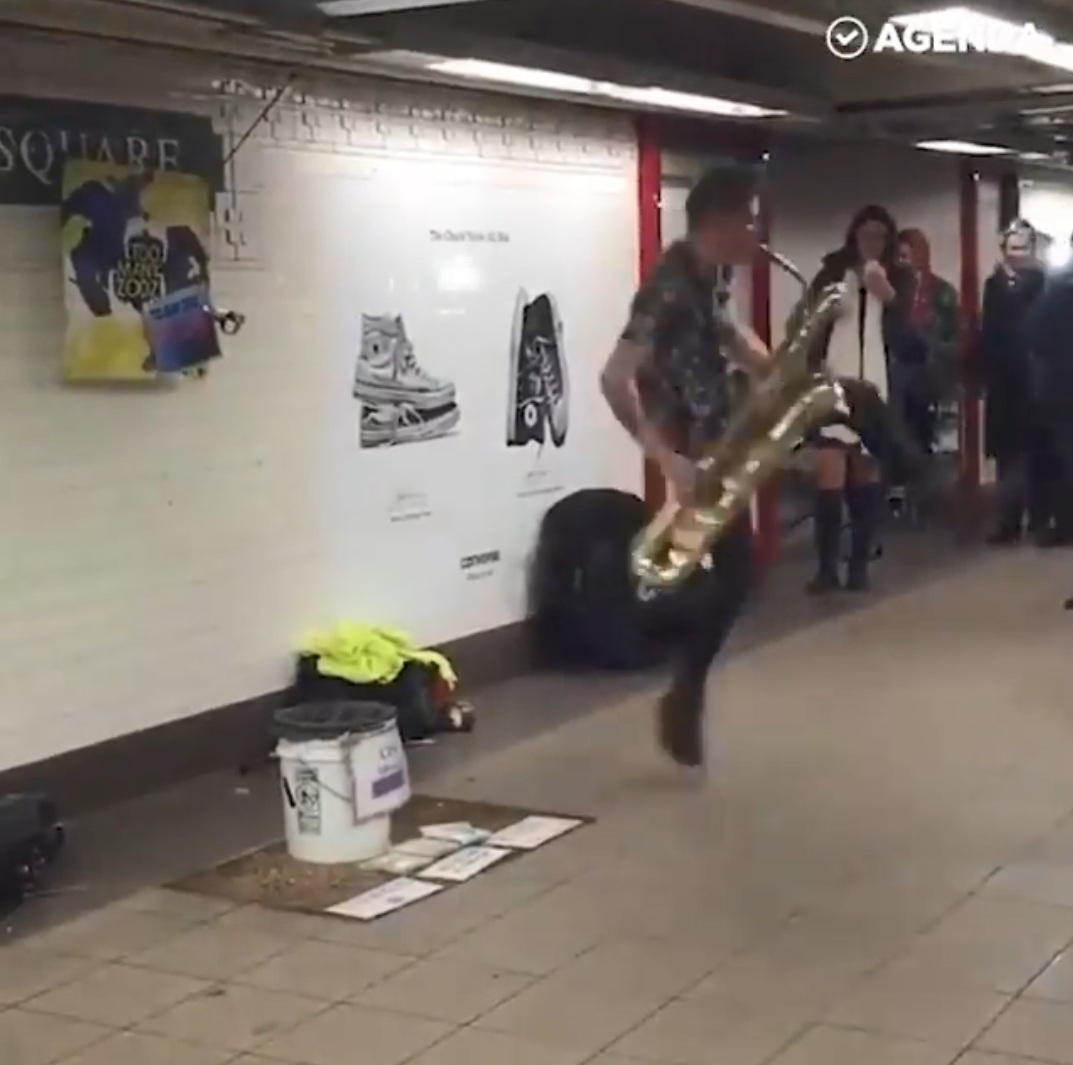 Watch the impressive talent of Leo in the video below.