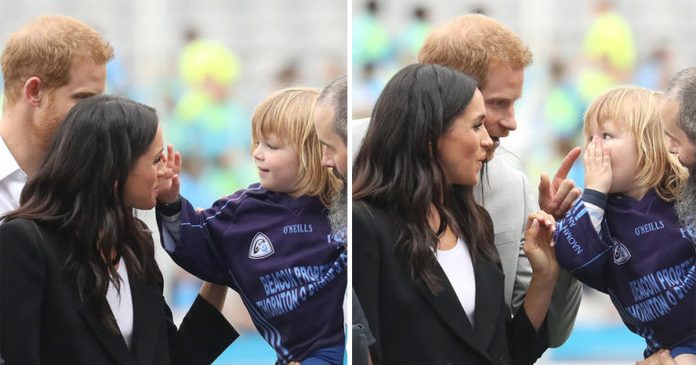 The Duchess of Sussex, Meghan Markle is popular for her luscious brown locks and this is proven by a toddler who was infatuated by her hair during a cute encounter with the Duchess.

Meghan Markle and Prince Harry visited Ireland recently and during a visit to Croke Park, the royal couple made a new cheeky friend with a 3-year-old Walter Cullen.

While Meghan was not looking, little Walter reached out to touch her hair and give her a little poke 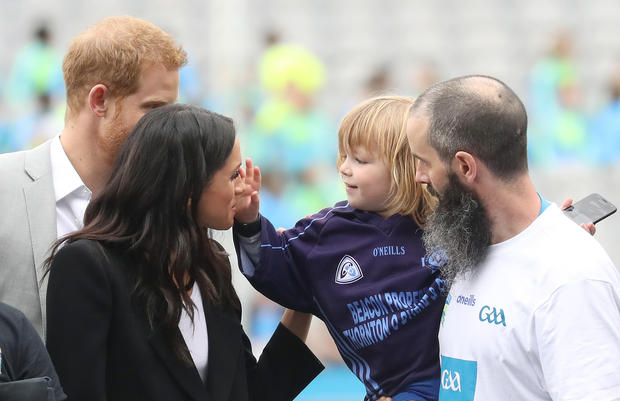 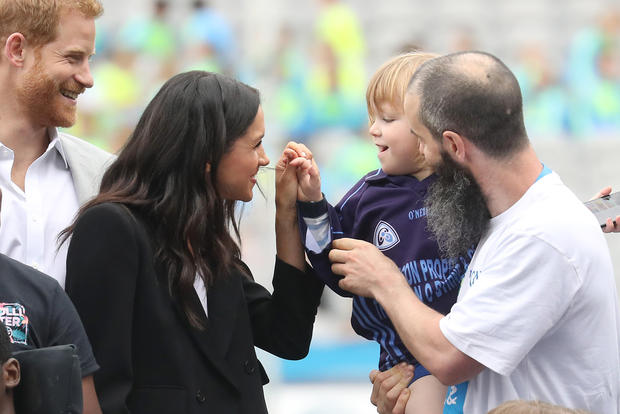 However, Prince Harry could not resist giving the squirmy little boy a little telling off for trying to flirt with his wife and the toddler’s reaction was priceless!

The prince appeared to wave his finger at the young boy, jokingly scolding him for his cute attempt to steal the Duchess’ heart and the toddler looked a bit shock at the accusation

Man spots a bald eagle on his deck, grabs something to...

Too funny! These news readers cannot stop laughing when reading about...