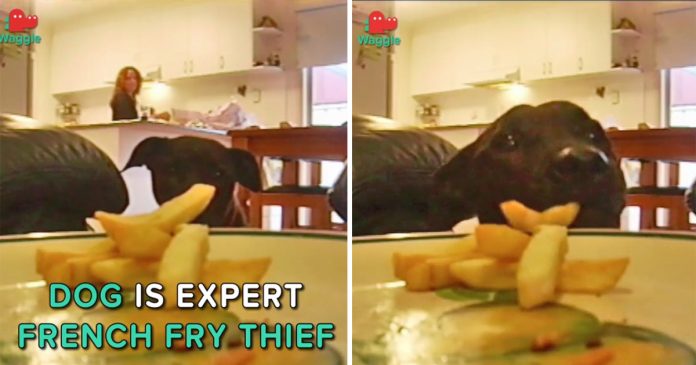 A clever dog saw some tasty potato chips on a plate and sat down patiently. It was waiting for the coast to be clear before attempting to take a potato chip from the plate. It did not want be become a suspect in stealing the chips.

When the coast was clear, he took a potato chip from the plate.

The dog sat down patiently and observed the plate. 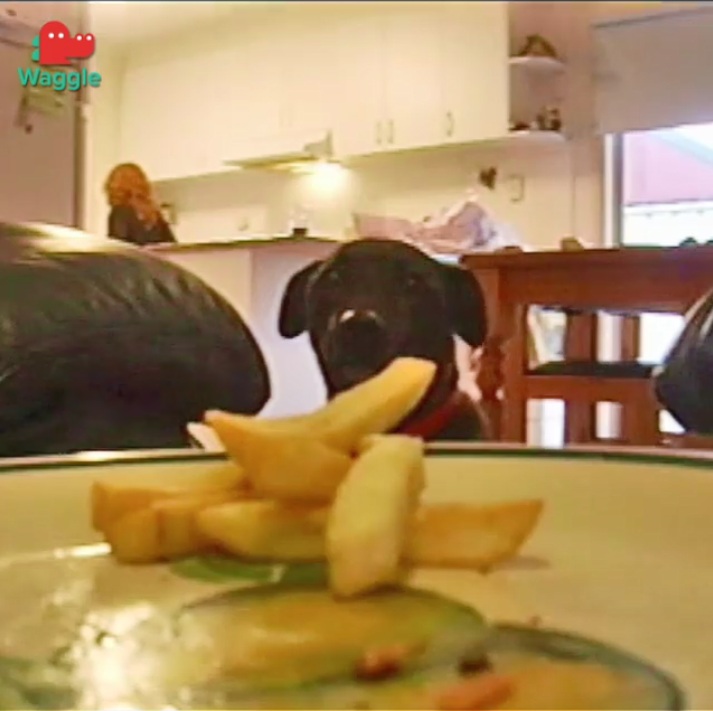 When his owner came into the room, he sat there observing her 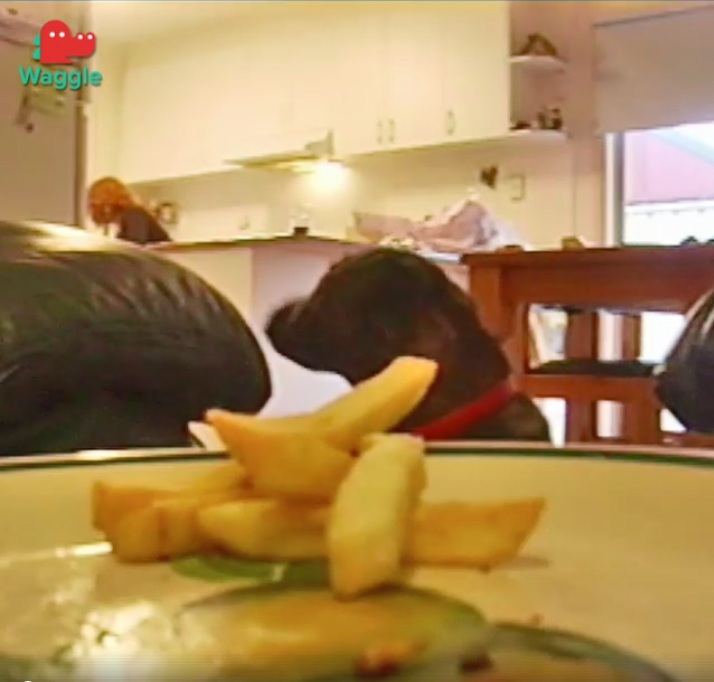 Finally the coast was finally clear, he took a potato chip off the plate. 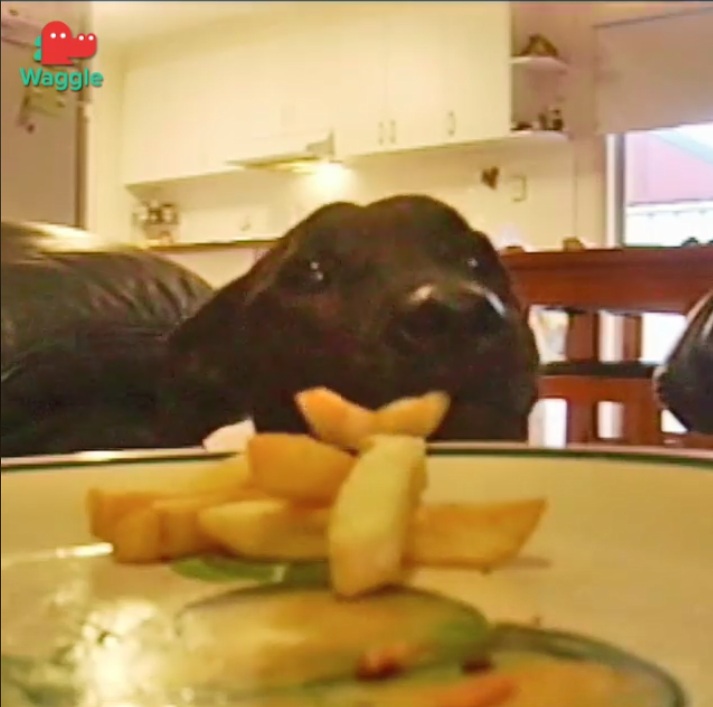