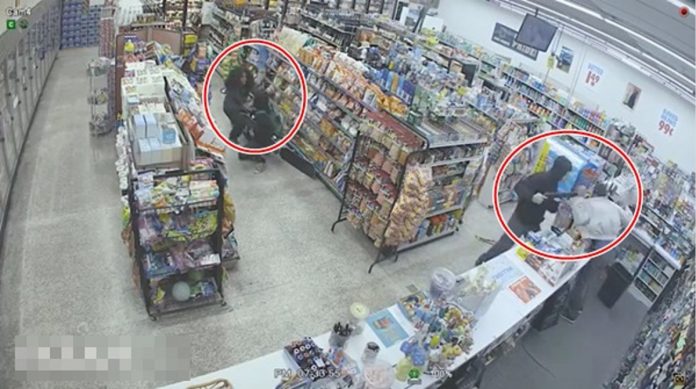 When these two thieves came into the store to try to steal things, they never thought it would end up in a different scenario where they emerged as heroes.

One CCTV footage from a store reveals two thieves coming into a convenience store to steal as many items as they could.

The footage begins with the pair entering the store together before one of them walked over to the counter and tried to distract the cashier.

Meanwhile, the other thief can be seen stealing as many goods from the shelves and putting the goods into a black bag 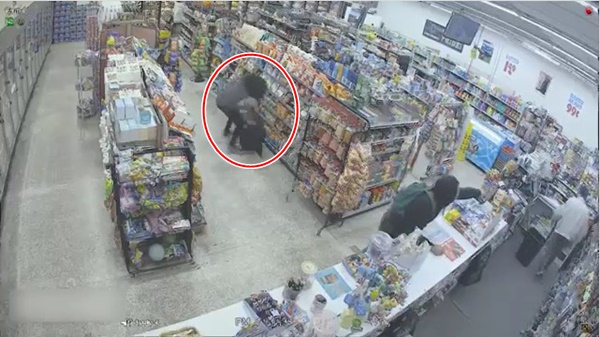 Suddenly, the scene took a dramatic turn when a robber barged into the store and threatened the cashier with a gun.

Luckily, the robber was completely unaware of the two thieves as he was busy pointing his gun at the cashier 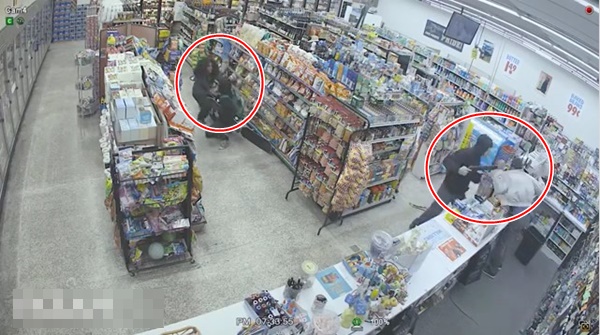 What initially was a small plan to steal things off the shelves later turned a heroic moment for these two thieves. While the robber was busy threatening the cashier at gunpoint, one thief decided to distract him with a skateboard.

When the distraction worked, the other thief then quickly took the robber down 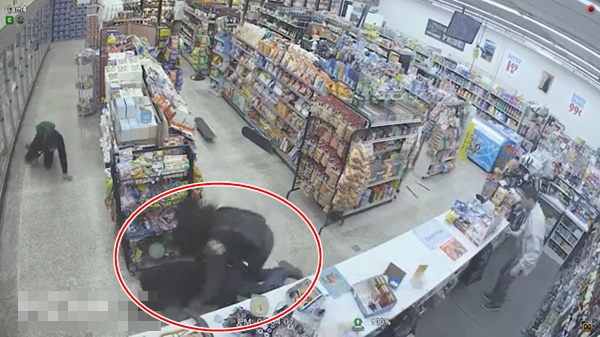 The unexpected twist midway through the video has immediately caused the video to spread like a wildfire on the internet. Some of the viewers even made comments that the cashier should thank the two thieves for saving the day.