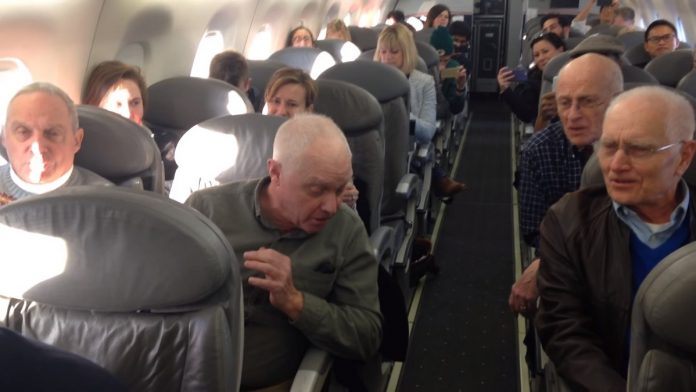 Delayed flight can be really inconvenient and irritating especially when you are in a rush to reach the destination. However, this barbershop quartet managed to turn the annoying flight delay into a wonderful moment instead.

The barbershop quartet called the Port City Sound had boarded the plane when they were told that the US Airways flight from Indianapolis to New Orleans was delayed for maintenance.

One of the flight attendants, Kari Mann soon realised that there was a barbershop quartet on the flight so she asked them if they could be so kind as to sing to lighten up the mood on board.

Walt Dowling, Fred Moore, Jim Curtis and Jim Simpson are the members of the quartet. 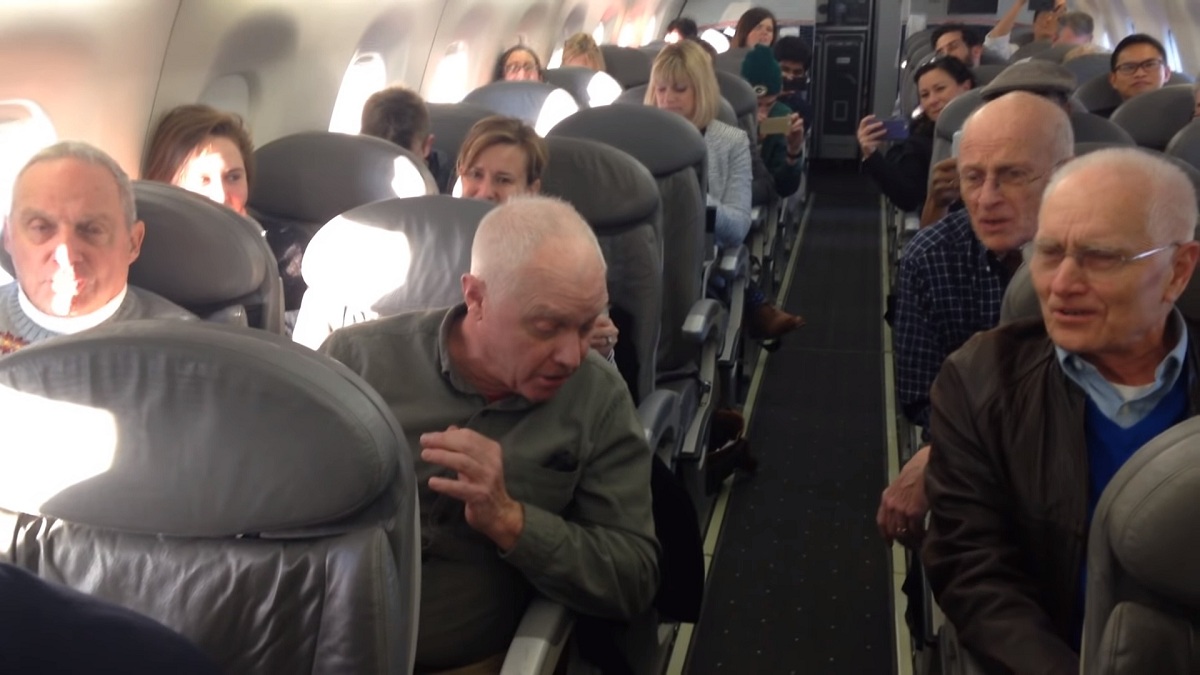 The impromptu performance received much love and applause from the passengers.

Mann later uploaded the video of the quartet’s performance on YouTube and it has racked up more than 7.9 million views so far.

“It was such a great moment,” Mann wrote on the video’s description on YouTube. “The mood changed and our passengers were awesome for the whole five hours they were on the plane! One of my favorite moments.”