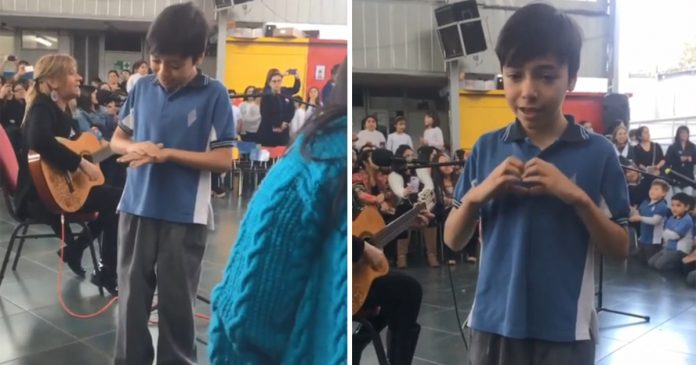 It was Mother’s Day and the students at a school in Rancagua, Chile had prepared a heartwarming song “When I’m Watching You” for their mothers on that special day.

However, one boy was a little overwhelmed when he knew that his mother could not hear what he would sing because she was deaf.

Not wanting to leave his mother out, the sweet schoolboy then decided to prepare a special surprise for his deaf mother so that she could enjoy the song too.

While other students were singing their hearts out on the stage, this boy got off the stage and stood before his mother who was sitting in the audience 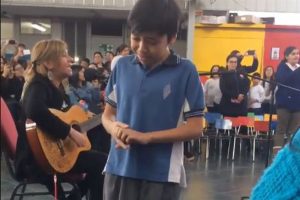 When the song started, the boy then did the most touching gestures ever to express how he loves his mother. 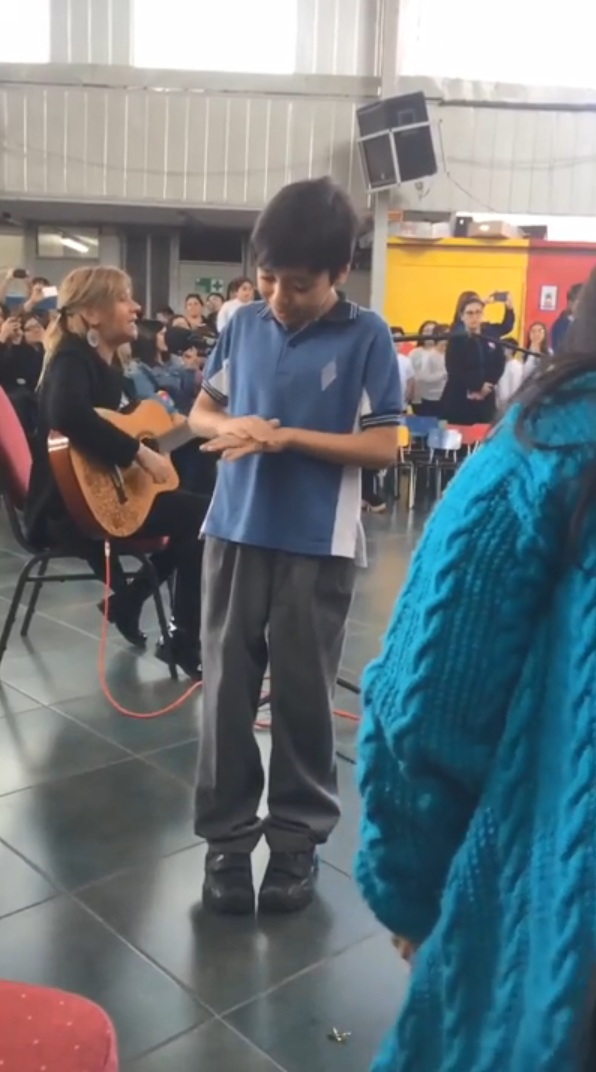 Even though the mother could not hear the song, she definitely knew that she has a devoted son who loves her with all his heart. 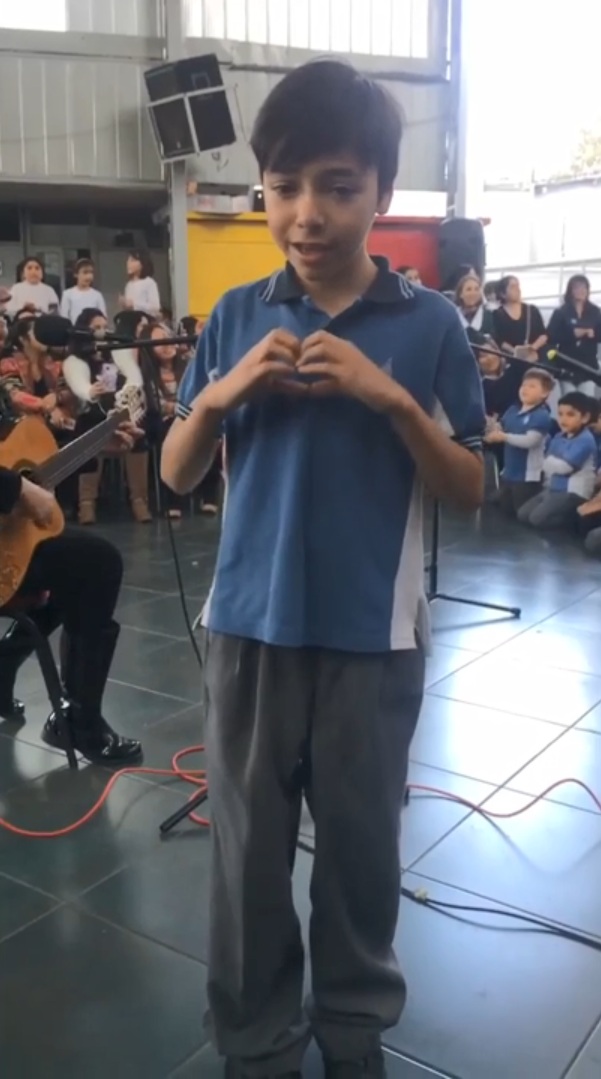 This super talented Chinese girl can play guzheng like a pro...

Cunning dog waited for the coast to be clear before claiming...