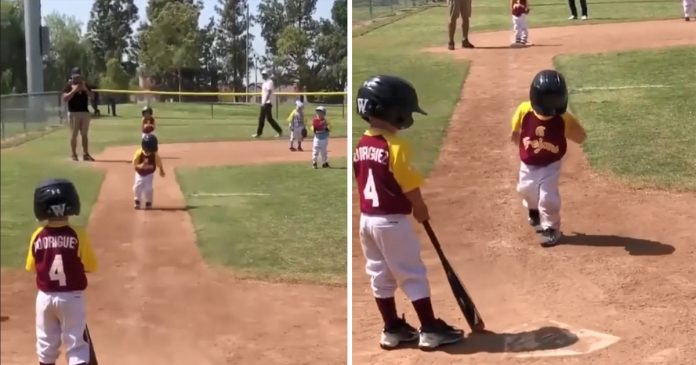 Three-year-old Lennox Salcedo was participating in the Walnut Pony Baseball Game and he decided to take things into his own hands, in a complete opposite of what his coach told him to do.

As the game became more intense, the coach told him to run to home plate as fast as he could but playful Lennox wanted to savour the moment instead.

Instead of running as fast as he could, the little boy moved in a slow motion and in a robotic way 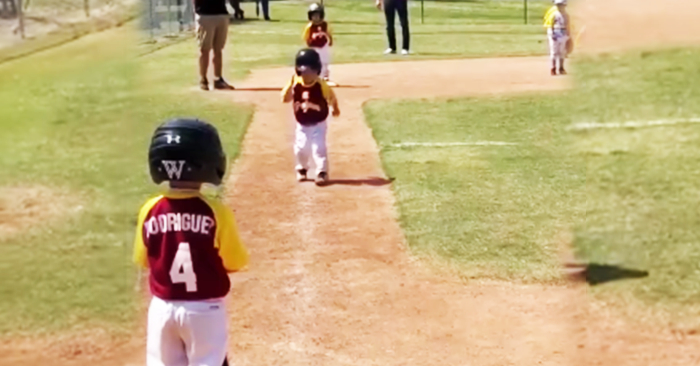 The crowd and also the coach could not help but laugh at his antics! Little Lennox was so cheeky! 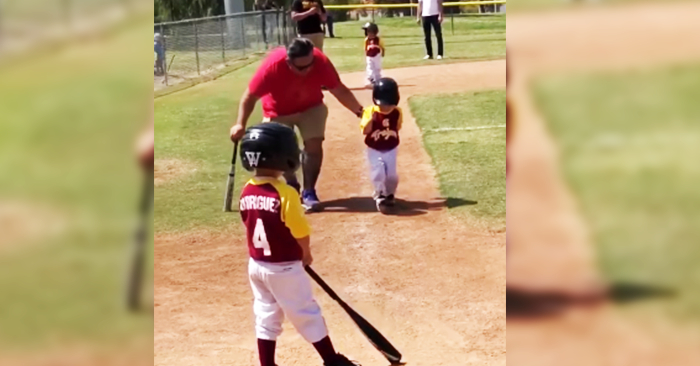 Finally, after what seemed like an eternity, the tiny boy touched the home plate on a head-first dive! 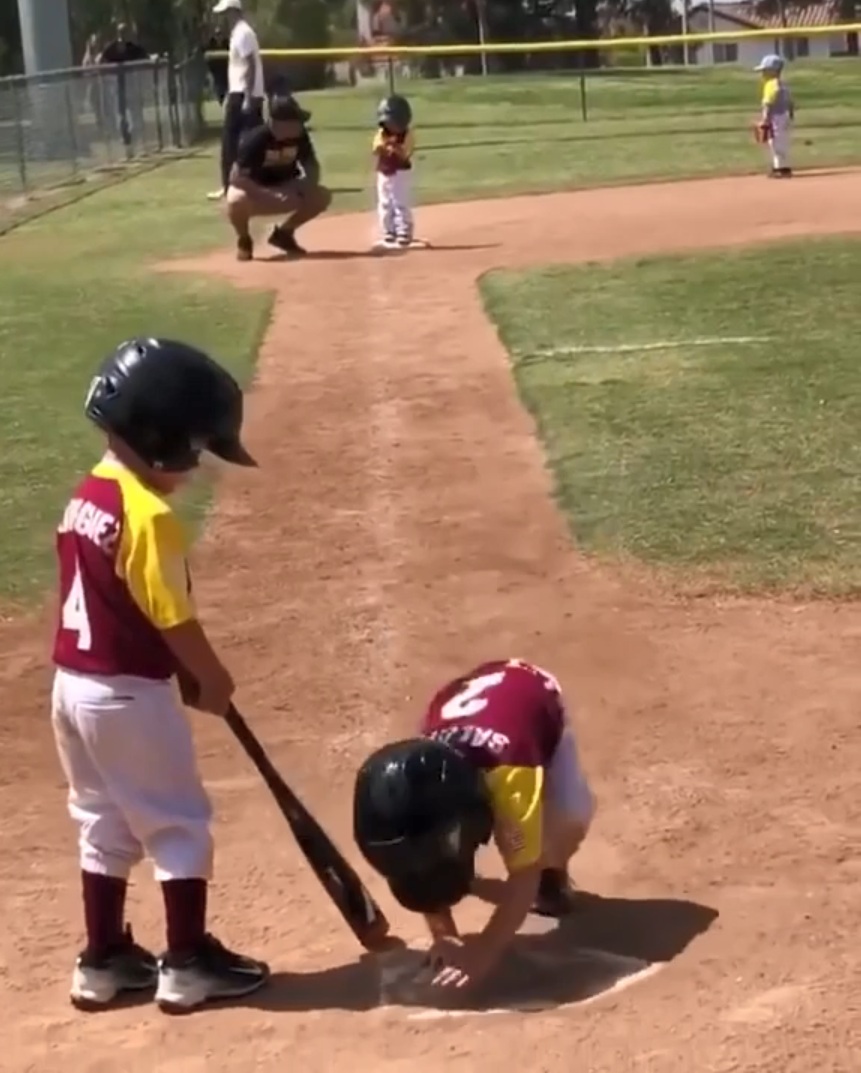 Luckily, his cousin Tabby recorded his playful behaviour and uploaded the clip on Twitter after the match. The video has been watched 426 thousand times so far.

A mother caught her 4 babies expressing their love for one...