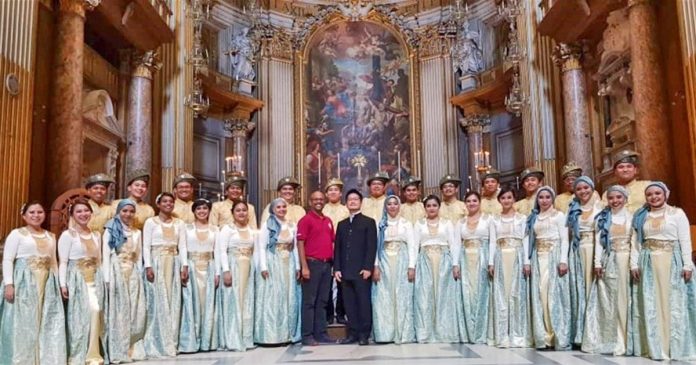 The UiTM chamber choir (UCC) has swept triple winnings in male, female and mixed categories and emerged as the overall winners after obtaining highest marks in the international choir competition.

The competition was held in Rome, Italy on the 14th of July

The team has defeated other teams from 13 countries in the competition, proving that Malaysia has great local talents who are capable to win at the prestigious competition

Prof. Madya Dr. Tazul Tajuddin, the university’s Music Faculty Dean said that they are honoured to become the champion at the international event.

“We are honoured to have emerged as the champions of this prestigious event.”

He also expressed his gratitude to the team’s conductor, Dr Masashi Kishimoto who led the team to the victory.