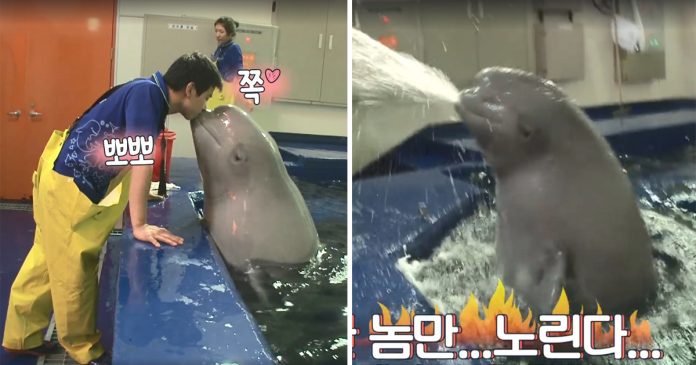 Beluga whales are usually very social and they always can be seen communicating and playing with each other in a playful way but this female beluga whale is not like other typical beluga whales.

Meet Tina, the female beluga whale who lives in a zoo in South Korea.

Everything about Tina seems typical except one thing; she has fallen in love with her zookeeper! 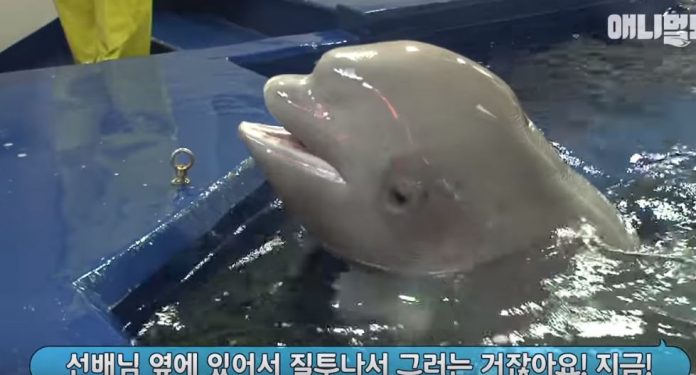 This is the lucky zookeeper whom Tina fell in love with 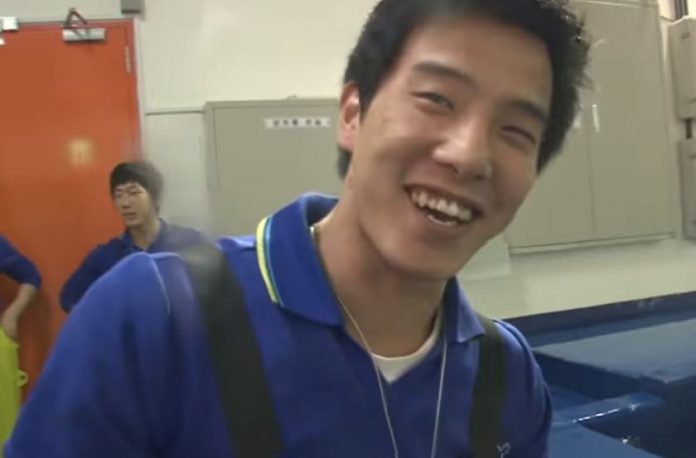 She refuses to kiss anyone but the zookeeper 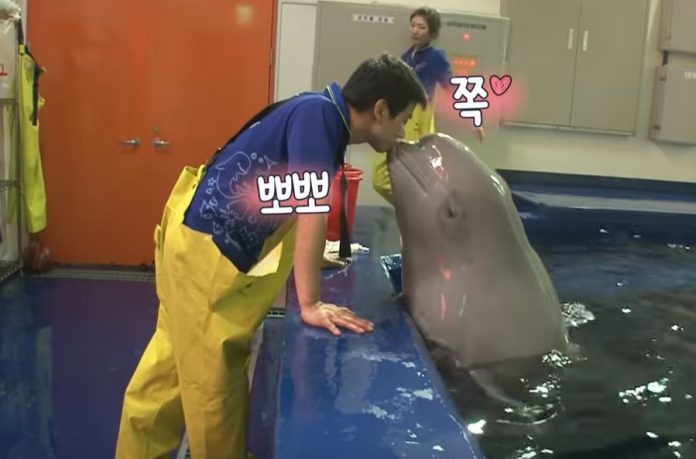 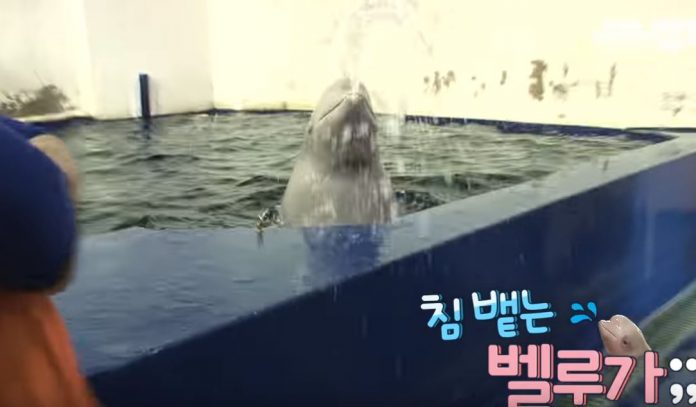 So, how did Tina learn to be jealous? 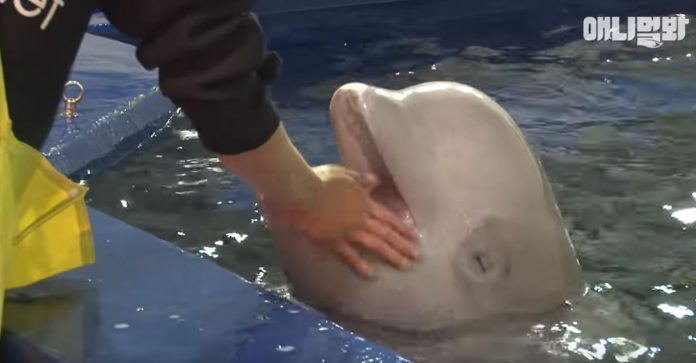 According to the zookeeper, Tina had a hard time adapting when she first came to the zoo 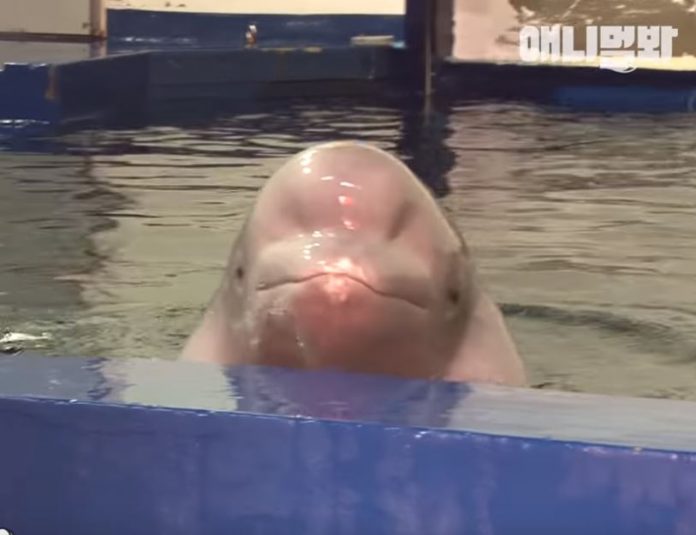 While other zookeepers were treating her nicely, the male zookeeper paid her a lot of attention which might be the main reason why Tina feels safe when he is around 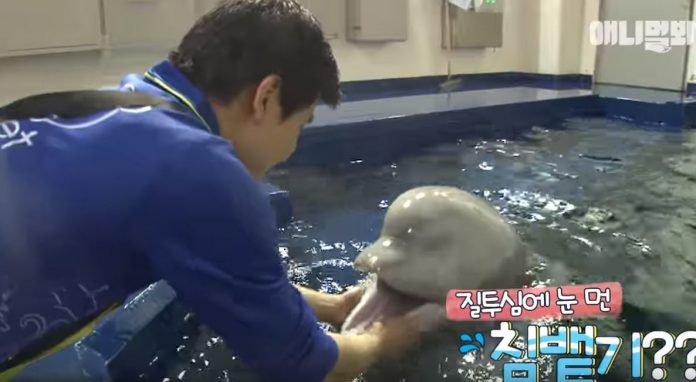 However, there may be another reason why Tina behaves in that way. What do you think it could be?

With long lashes and beautiful feathers, this secretary bird is so...

Summer fireworks made pitbull to run away from home finally gets...