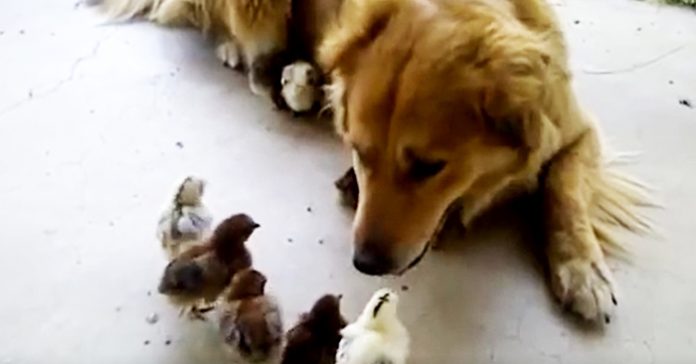 When these ten chicks showed up in the yard one morning without their mother, this golden retriever immediately knew that something was wrong.

Bailey the golden retriever was hanging out at the yard one morning when the chicks appeared out of nowhere.

However, the mother hen never came to the house or to search for the chicks so Bailey thought she would keep the adorable chicks until the mother arrived.

It suddenly dawned on Bailey that the chicks might be orphans and something terrible had happened to their mother.

Knowing that the chicks were still small and dependent on their mother to be fed, Bailey adopted all of them as her own children 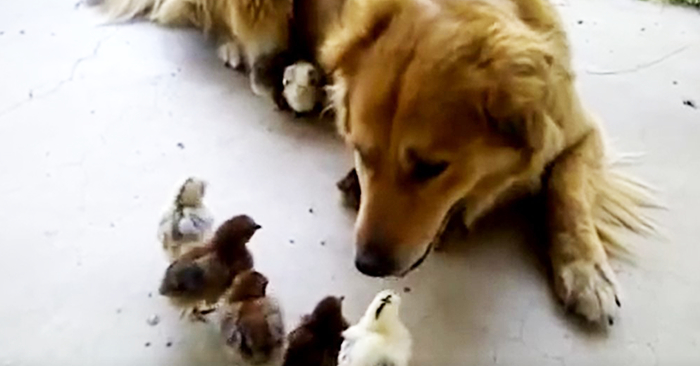 In the video, Bailey can be seen lying on the floor next to her new children. Like a loving mother, she checks on each of them to make sure they are fine. 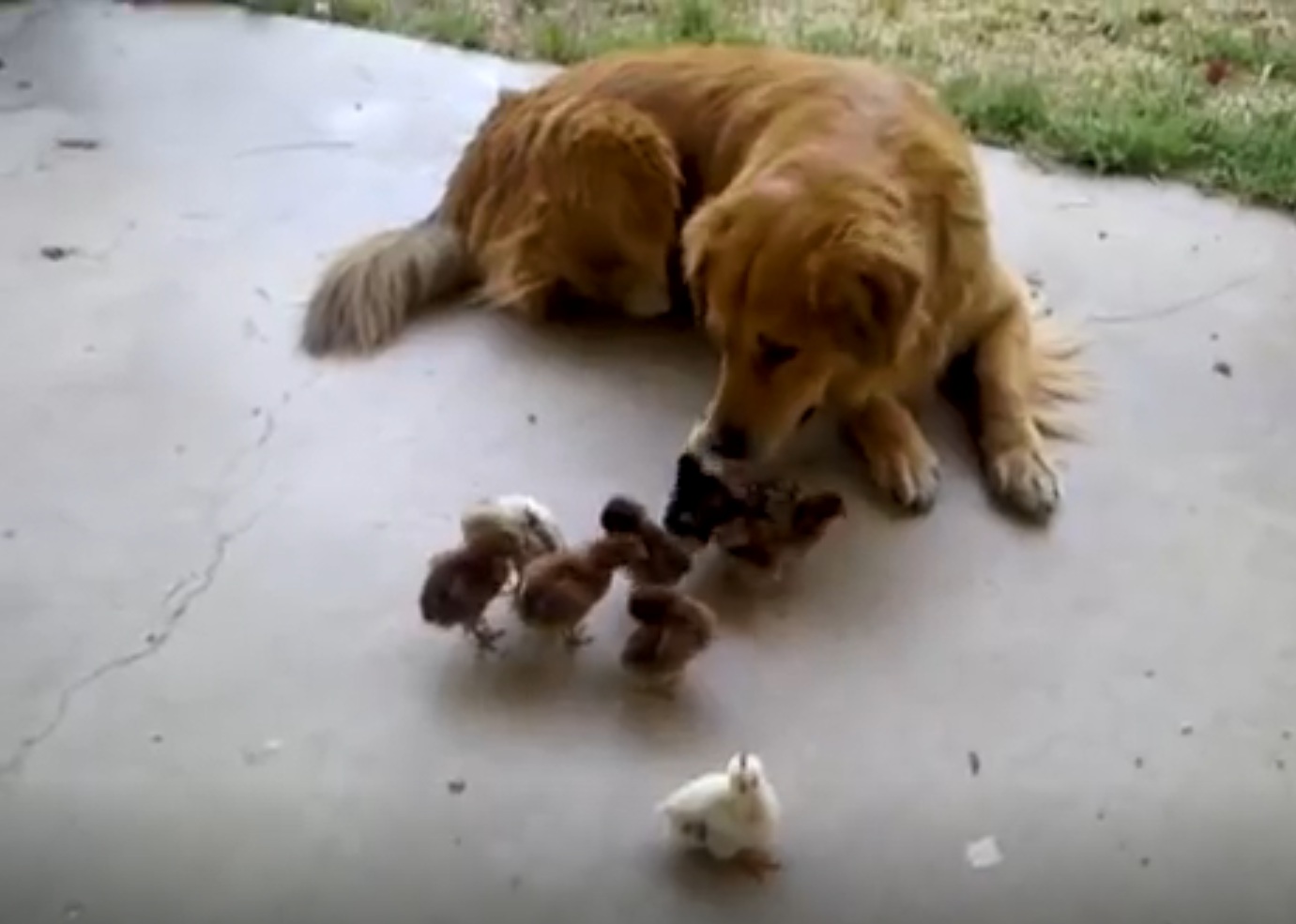 We think that Bailey is going to be a great mother to these tiny chicks! 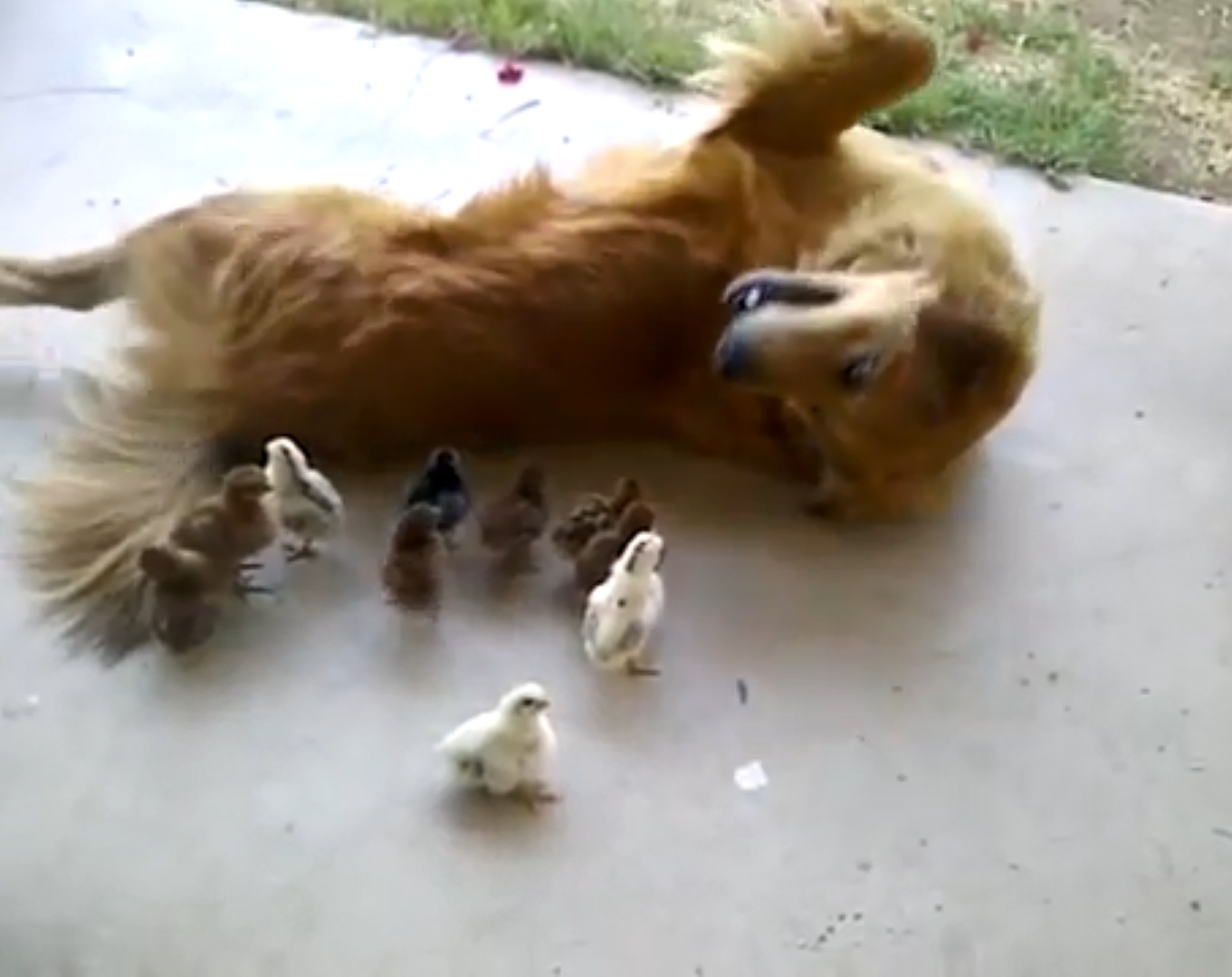 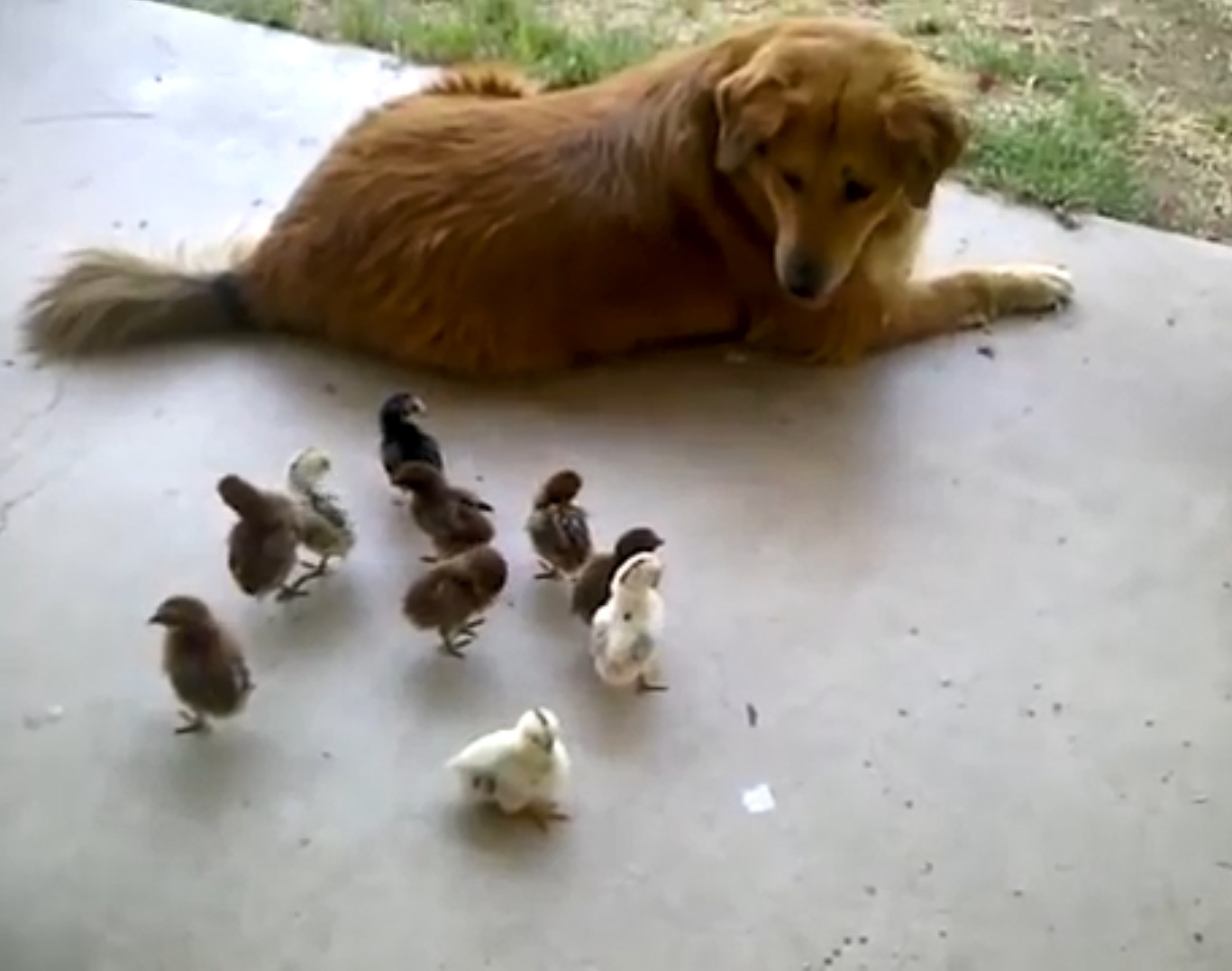 Watch the video of Bailey and her ten adopted chicks here