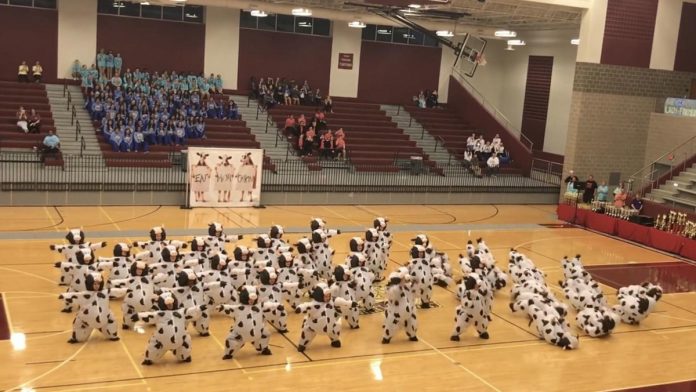 Usually, fancy and flashy costumes full with sequins and feathers are the number one choice when it comes to costume in a dancing competition.

However, The Hallsville High School Bobcat Belles drill team had another idea in their mind and it was brilliant!

Instead of the typical-looking flashy and colourful costumes, the team opted for adorable cow costumes when competing in the Dallas Grand Finale competition in Lewisville 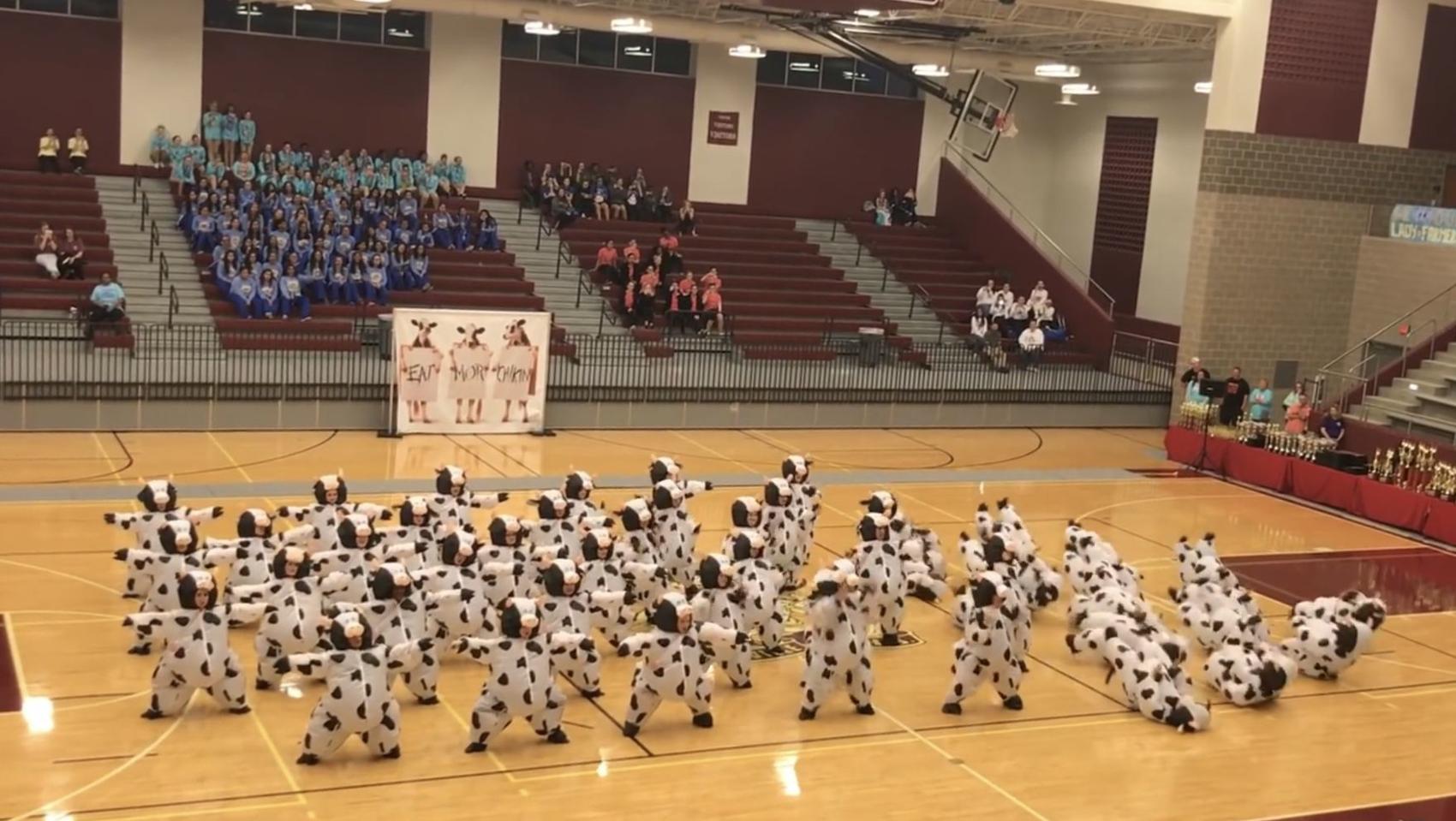 Thanks to their creative costume idea and catchy dance routine, the team managed to earn a clean sweep in each dance category. They also emerged as the champion of the dancing competition! 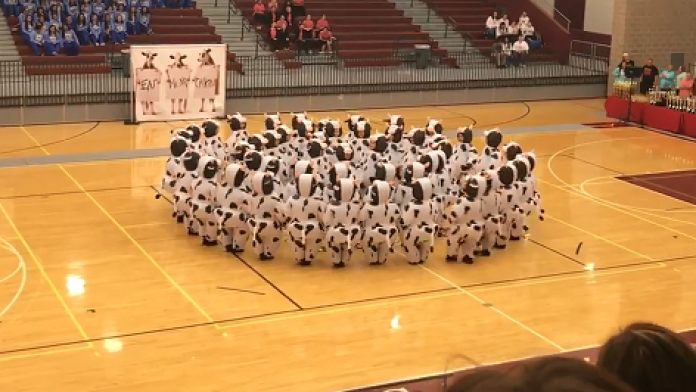 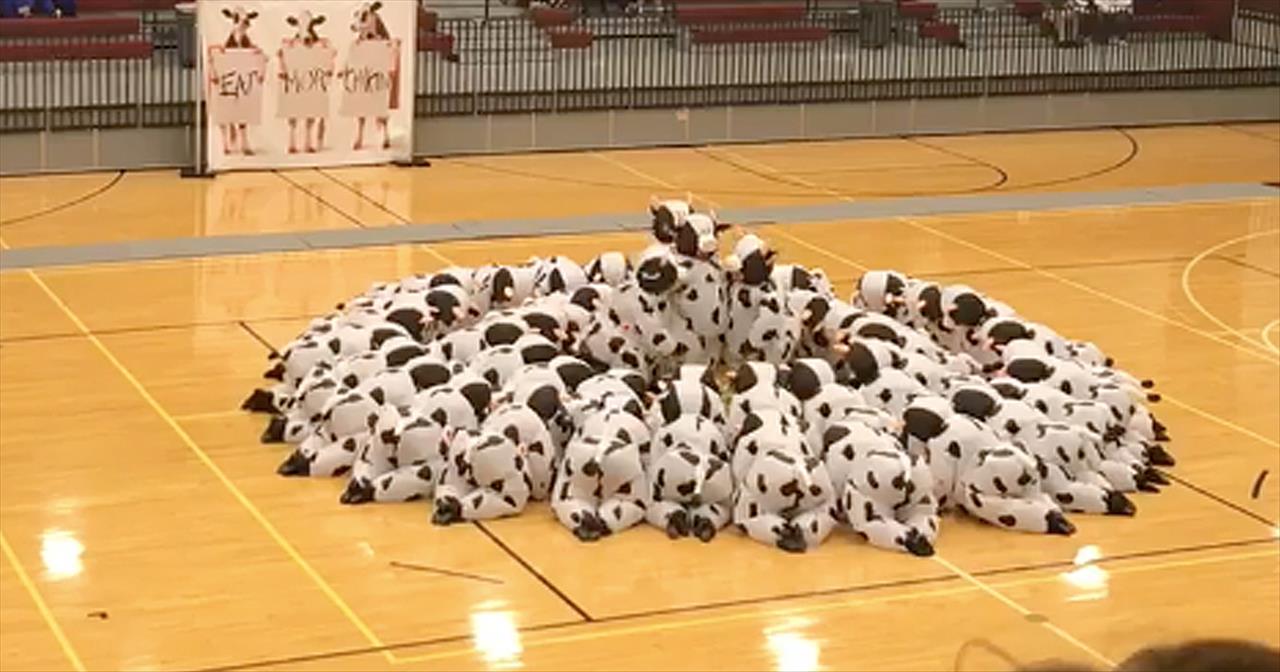 Just a few days after the video of their winning performance was uploaded on Facebook, it has racked up over 8 million views.