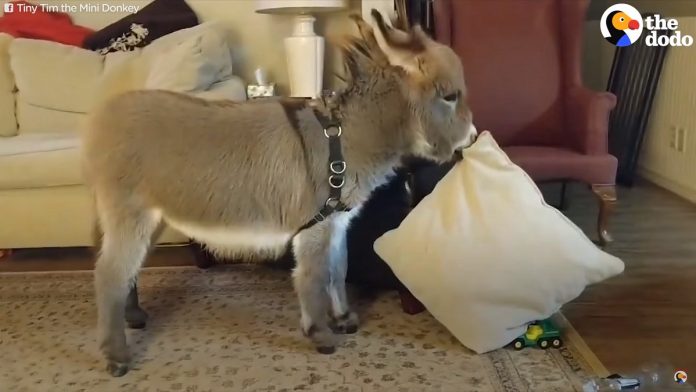 Tiny Tim is having an internal identity crisis. This cute donkey thinks he is a dog and here is his story.

Unlike most donkeys who were born with a weight between 22 to 27 kilograms at birth, Tim was weighing less than 5 kilograms when he was born.

Fortunately, Jody Topping, his owner found little Tim at the barn. “When I found Tiny Tim in the barn, I thought it was actually a rabbit. He was so small,” Jody explained to The Dodo. 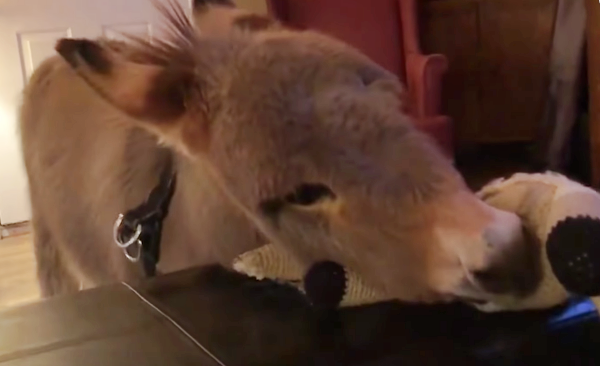 Due to him being underweight and incredibly small, Tim had a lot of health complications when he was just a baby. Jody later brought him to the vet to do some tests and the test found that Tim’s liver was not functioning properly.

The vet doubted that Tim could survive and live very long but Jody was optimistic. She could not let the baby donkey suffer more than he already had.

“I decided that I would give him the best chance I could by bringing Tiny in the house and nursing him, feeding him by bottle.” 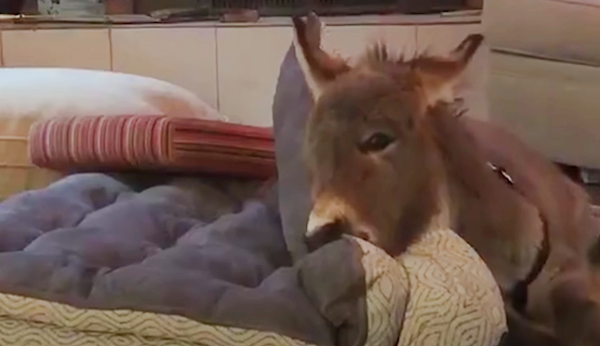 As time passed by, Tim was getting much stronger and healthier!

However, now that Tim has defied the odds, he is now having a little identity crisis. This adorable creature thinks he is a dog. This is because he grew up with his two other siblings, dogs.

“He takes on characteristics of dogs. He fetches a ball, licks plates as I load the dishwasher and sleeps on a dog bed,” Jody said

Even though Tiny Tim believes he is a dog, he has been putting a smile on everyone’s face since the day he was born. He might not behave like the typical donkey but he is certainly very special 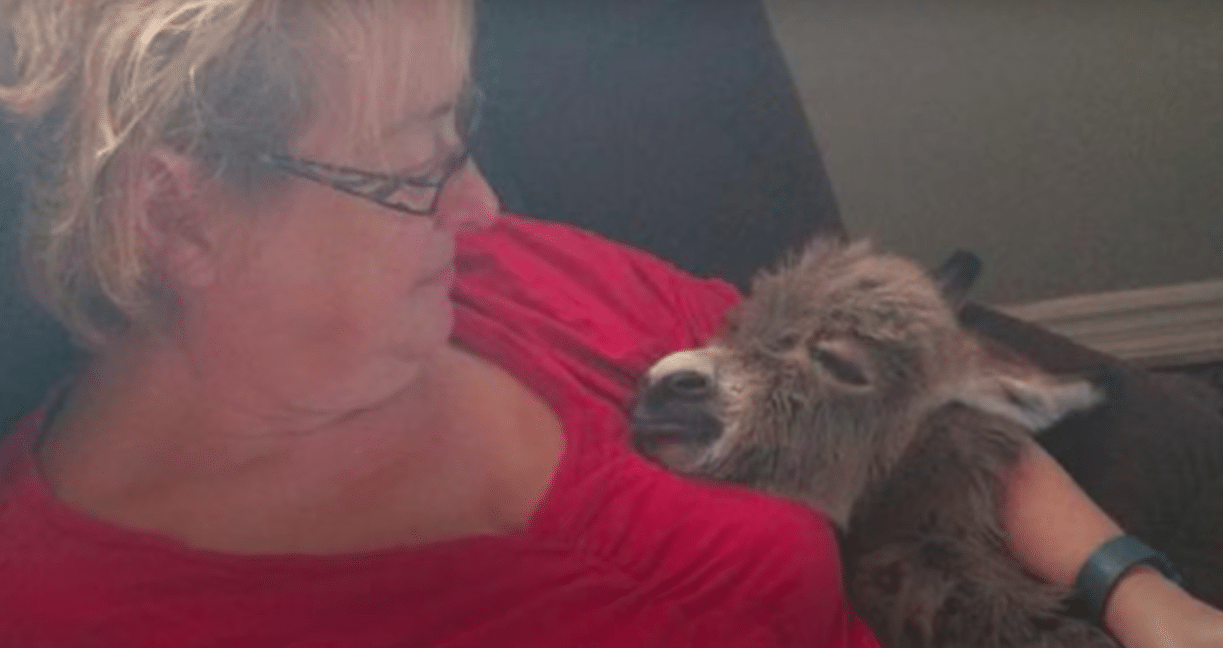 This brave man puts his hand in the hollow of a...