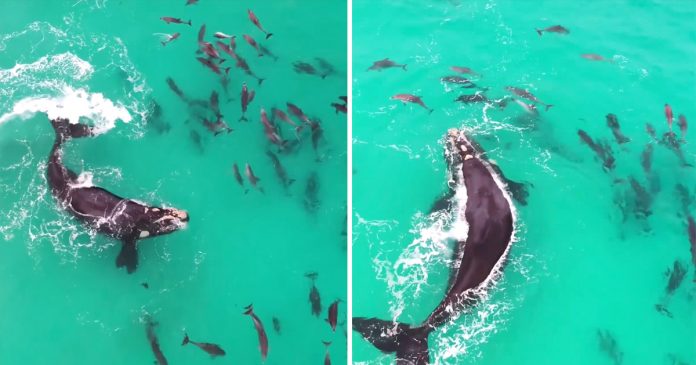 This incredible drone footage shows two humpback whales swimming playfully in the water alongside an adult dolphin and her baby.

The pair can be seen breaching and gliding around the dolphins.

Their swimming almost looks like they are playing tag with each other!

Apparently, whales and dolphins have always had a friendly relationship as these two species are often caught interacting with each other in a playful manner. 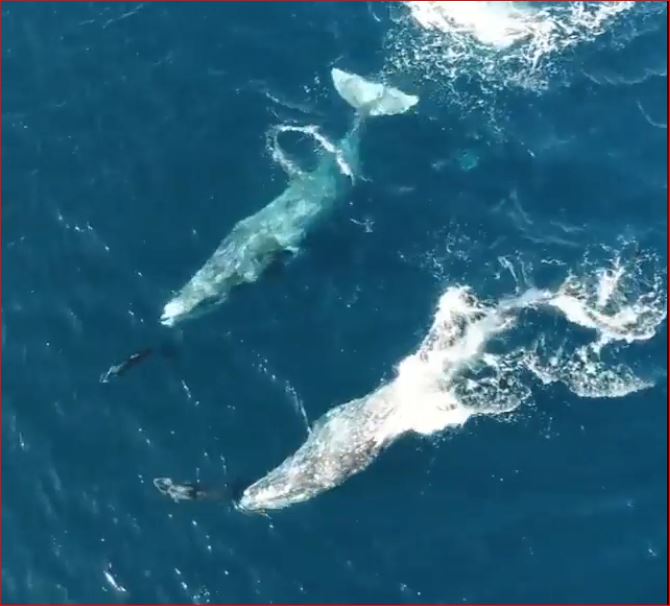 Meanwhile, off the coast of Western Australia, a whale appears to play with a pod of dolphins

Since the dolphins are rolling with their bellies towards the whale, it shows a playful behaviour, not aggression 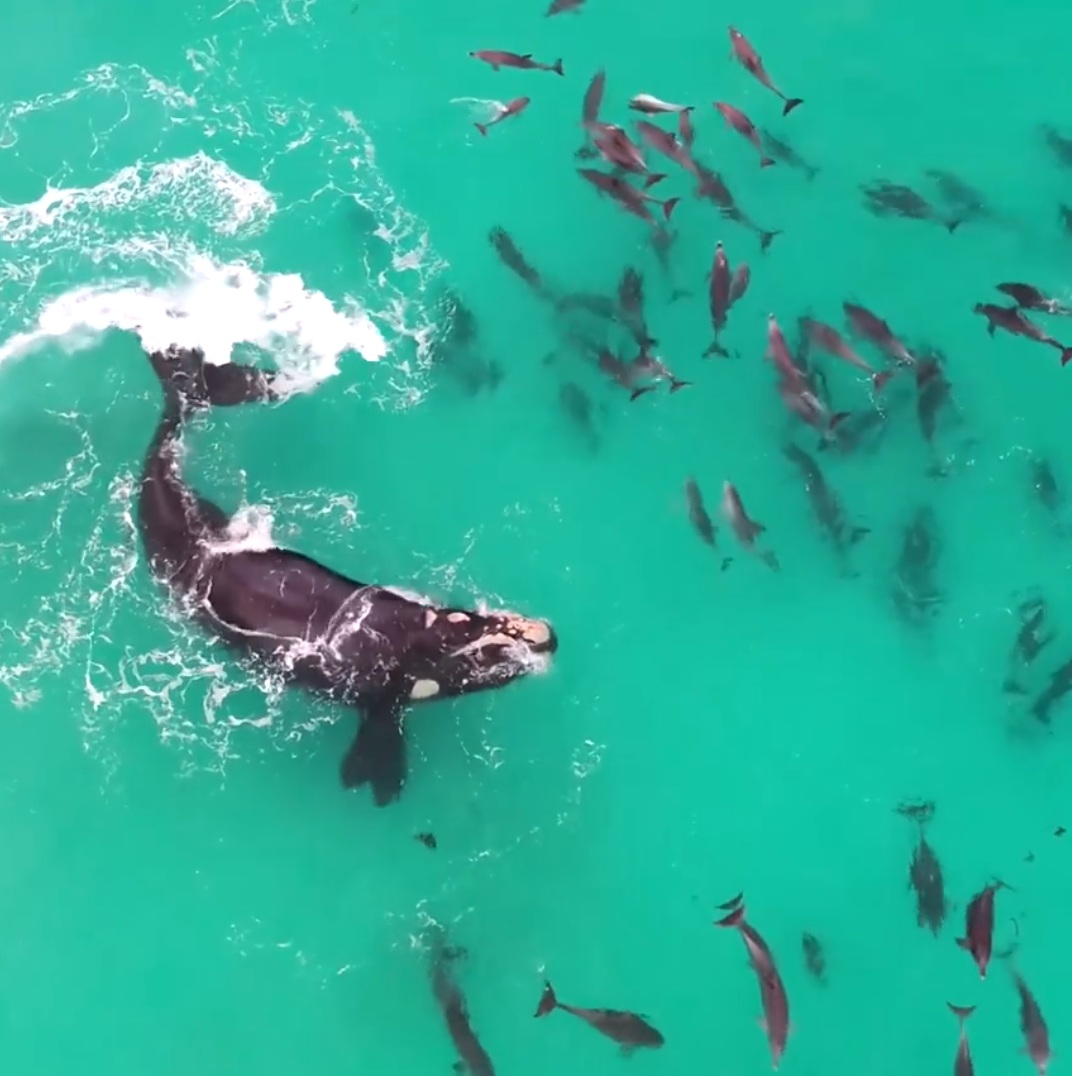 Each year, southern right whales travel thousands of kilometres from the chilly waters of Antarctic to the warm Australian coast but it seems that this one has a brief stop en route to have some fun with the pod of friendly dolphins 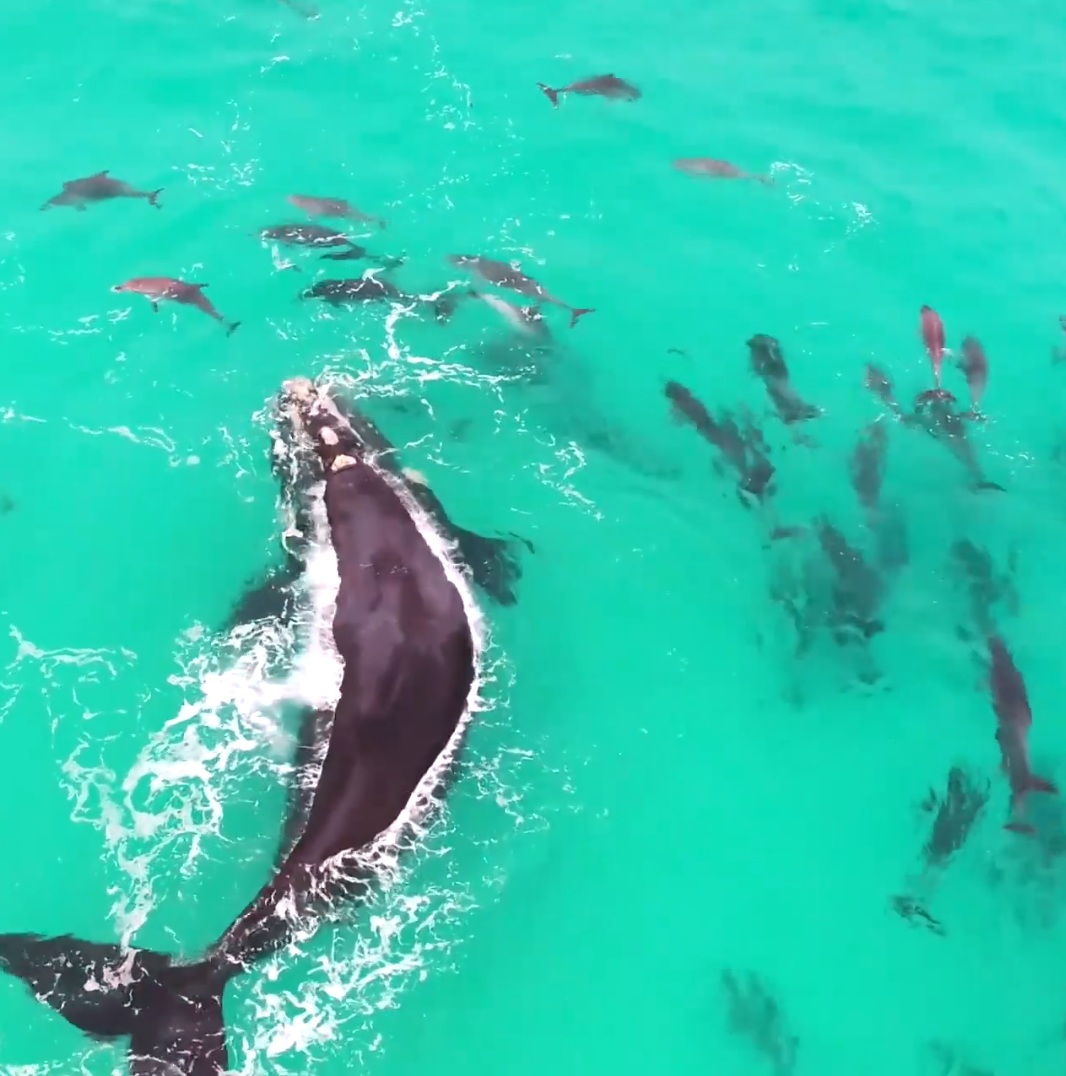 These whales and dolphins just prove to us that it is more than possible for two different species to cross paths and have nothing but respect and love for each other.

Watch this incredible interspecies interaction between whales and dolphins here