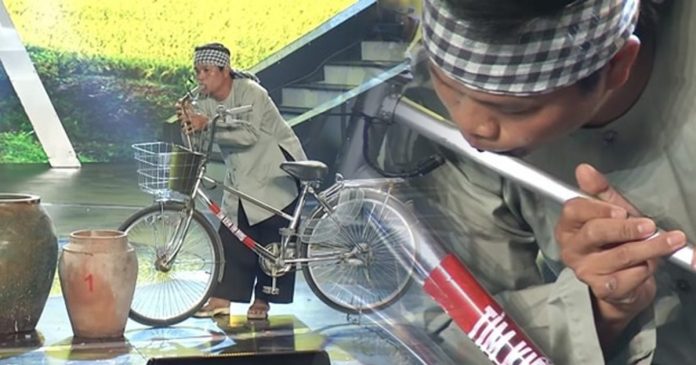 America’s Got Talent shows has been one of the most popular platforms for talented and creative people to showcase their never-before-seen knacks to the world.

One of its franchises, Vietnam’s Got Talent has also discovered gifted performers from various backgrounds and talents just like this skilful musician.

The man named Kieu Van Thanh is not like other contestants who came with their guitars, keyboards or violins.

Rather, this man came with a very unique and unexpected musical instrument, his bicycle 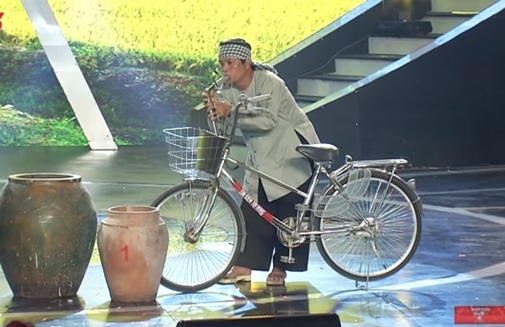 Before he begins his performance, Kieu makes a grand entrance by riding his bicycle to the centre of the stage where some props like vases and a big potted plant are placed.

Kieu later blows into the handle and surprisingly, a soothing and delicate sound like a flute’s resonates in the studio, leaving the audience and the judges speechless! 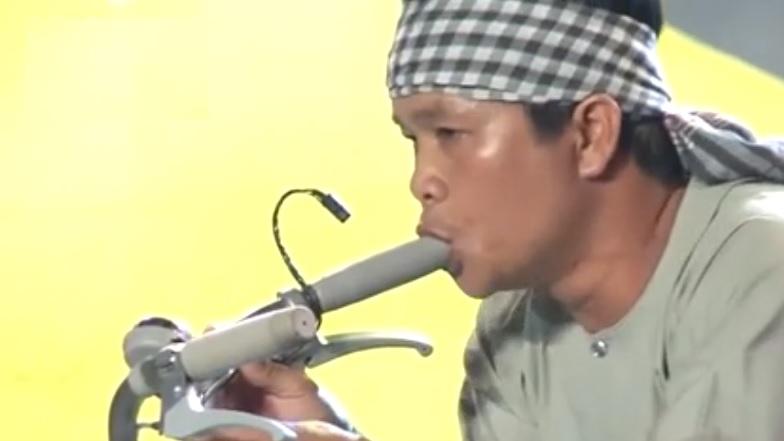 Seconds into the song, he later moves on to the other parts of the bicycle and continues to play the bicycle like a flute 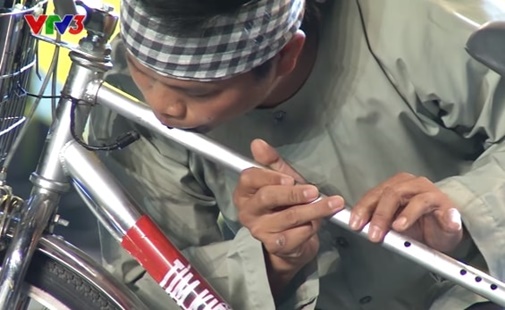 There are visible tiny holes on the bicycle parts which is most probably what makes the bicycle turns into a flute.

However, the bicycle is not his only instrument during the audition. Apparently, Kien can also turn a branch from a papaya tree into a musical instrument! 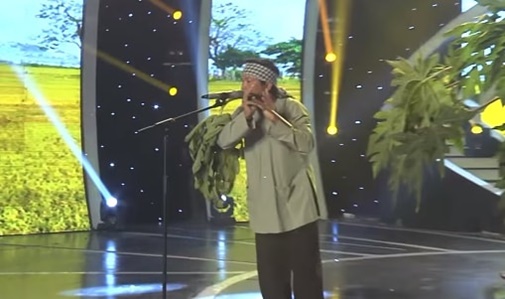 His unique idea and stunning music have earned him a round of applause from the audience and the judges who look super impressed with his talent.