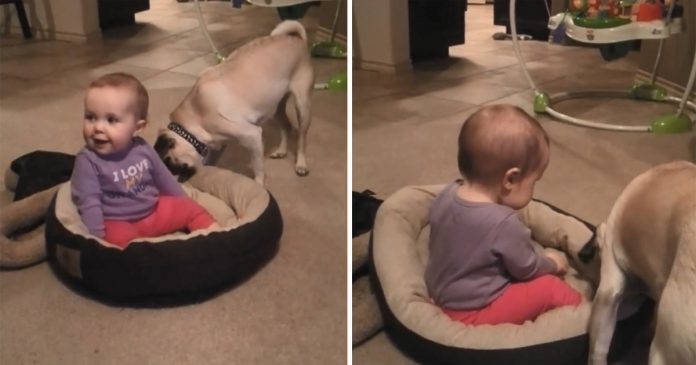 Dogs are territorial animals which put great emphasis on having a little space that they call their own territory but this baby just does not get the idea.

We too all have that one particular bolster or pillow which we are attached to and cherish simply because it has been with us for a long time.

It gives some a sense of security and others a sense of nostalgia. Pets can grow attached to things as well and they have a tendency to stake a claim to it.

The funny video begins with the baby sitting comfortably in the dog’s pillow bed, seeming oblivious to the anxious bulldog next to her.

Meanwhile, the bulldog who sees the baby occupying his little pillow bed is beginning to worry that she might take the bed over.

Similar to marking a territory which animals do to show that a particular space or object belongs to them, this dog has laid claim to his fluffy bed, unbeknownst to his little friend

“Where am I going to sleep after this?” 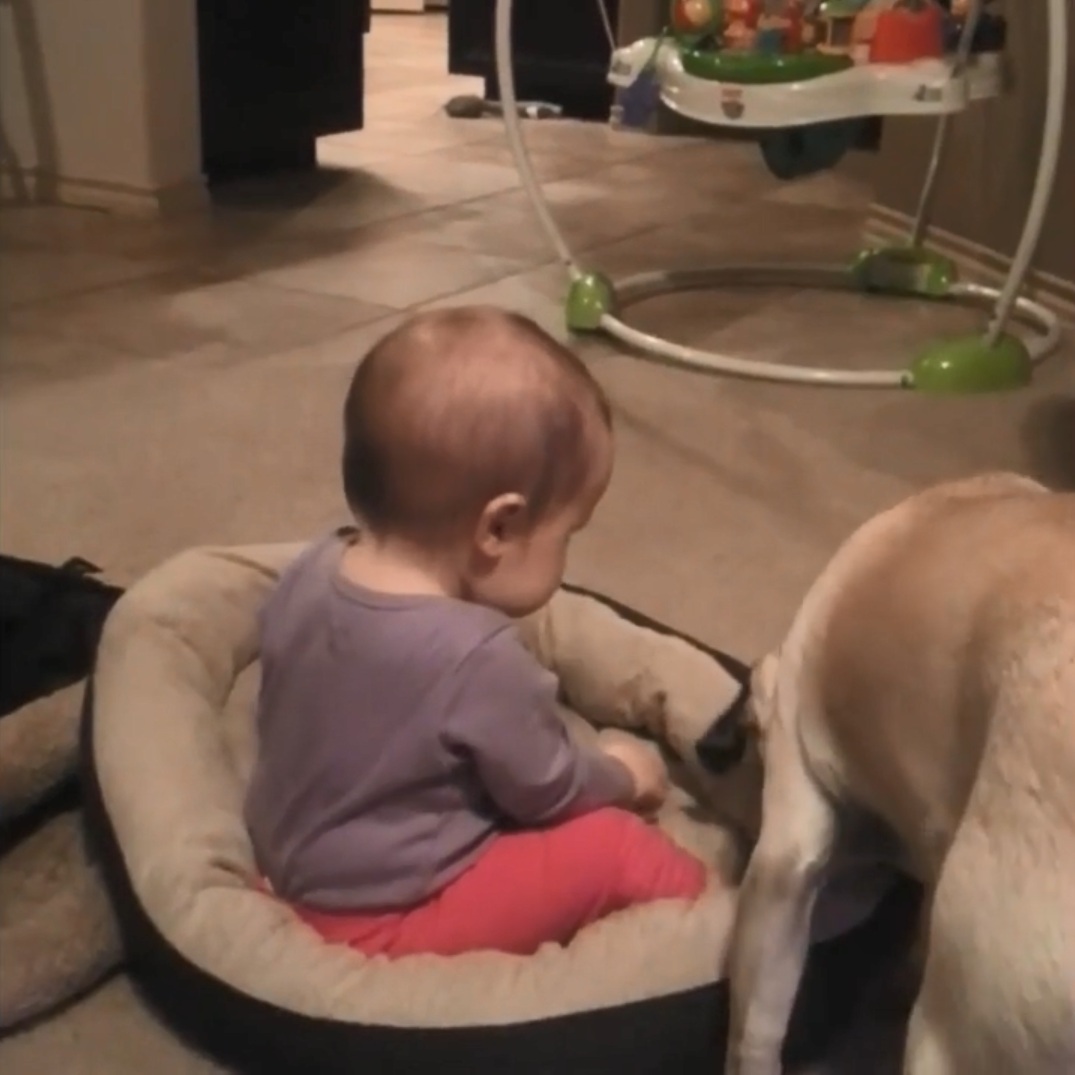 Soon, he does what he thinks the best to claim his pillow bed back.

This child was comfortably sitting in what seemed to be a regular pillow when all of a sudden, a dog entered the scene and tried to gently nudge the baby off of the area 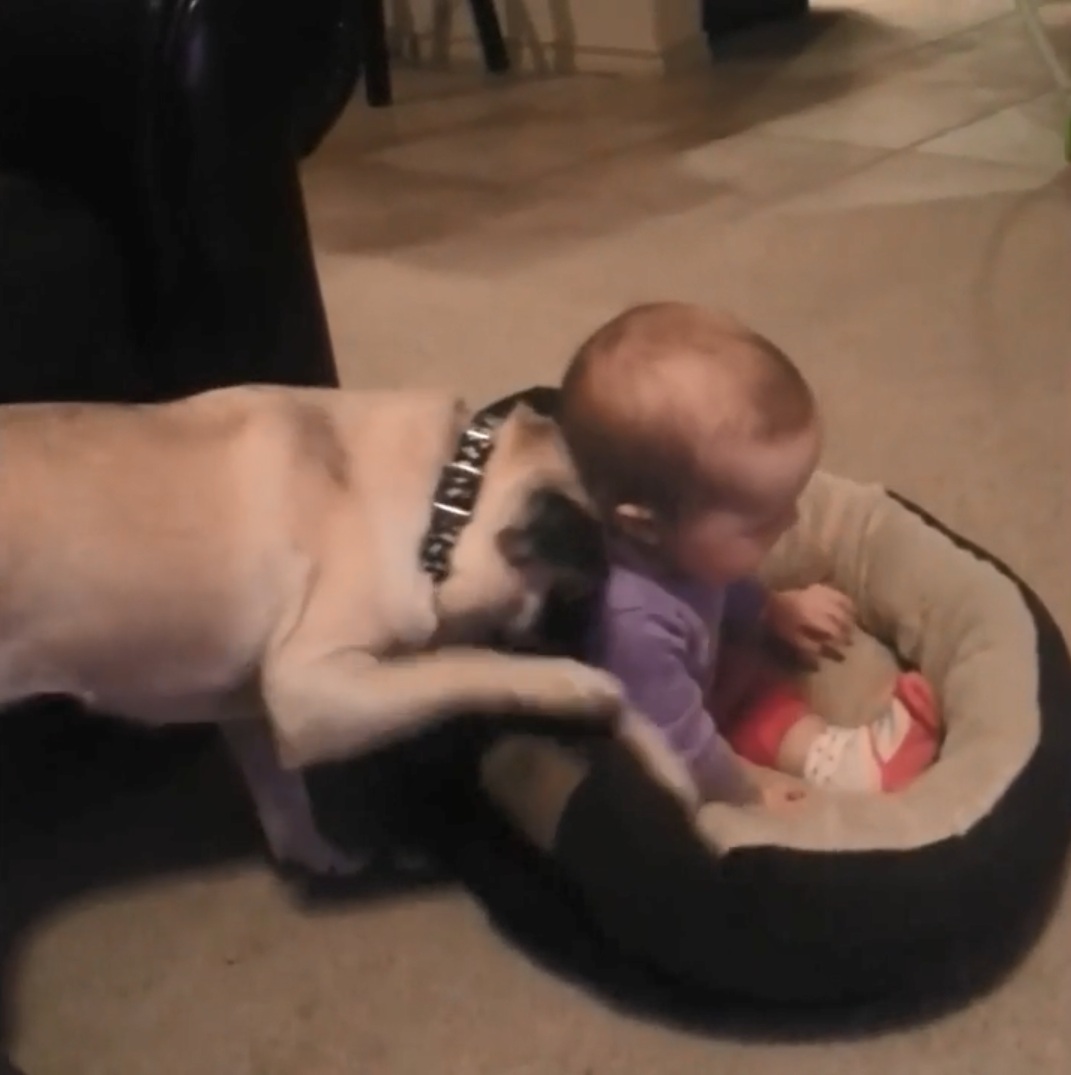 However, the baby just does not get it! She happily sits in the bed, probably thinking that the bulldog just wants to play with her. 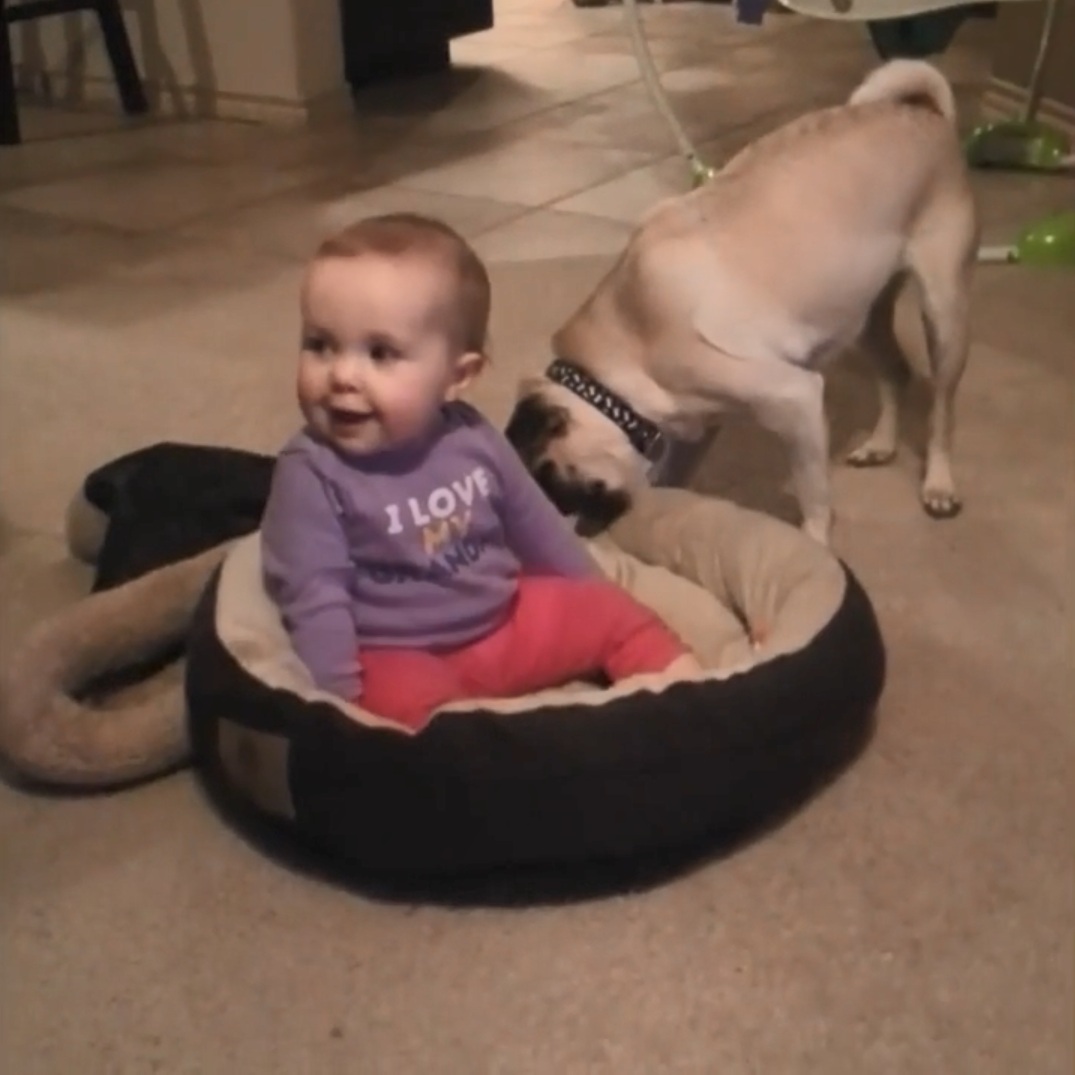 As the first trick does not go well, the dog decides to execute another plan to claim his territory back.

When gentle nudging didn’t work, the dog used more rigorous means to get the child off of his bed by grabbing one corner and trying to pull his bed out from under the kid

[00:37] A few seconds later, he tries to fit himself in the little pillow bed along with the baby 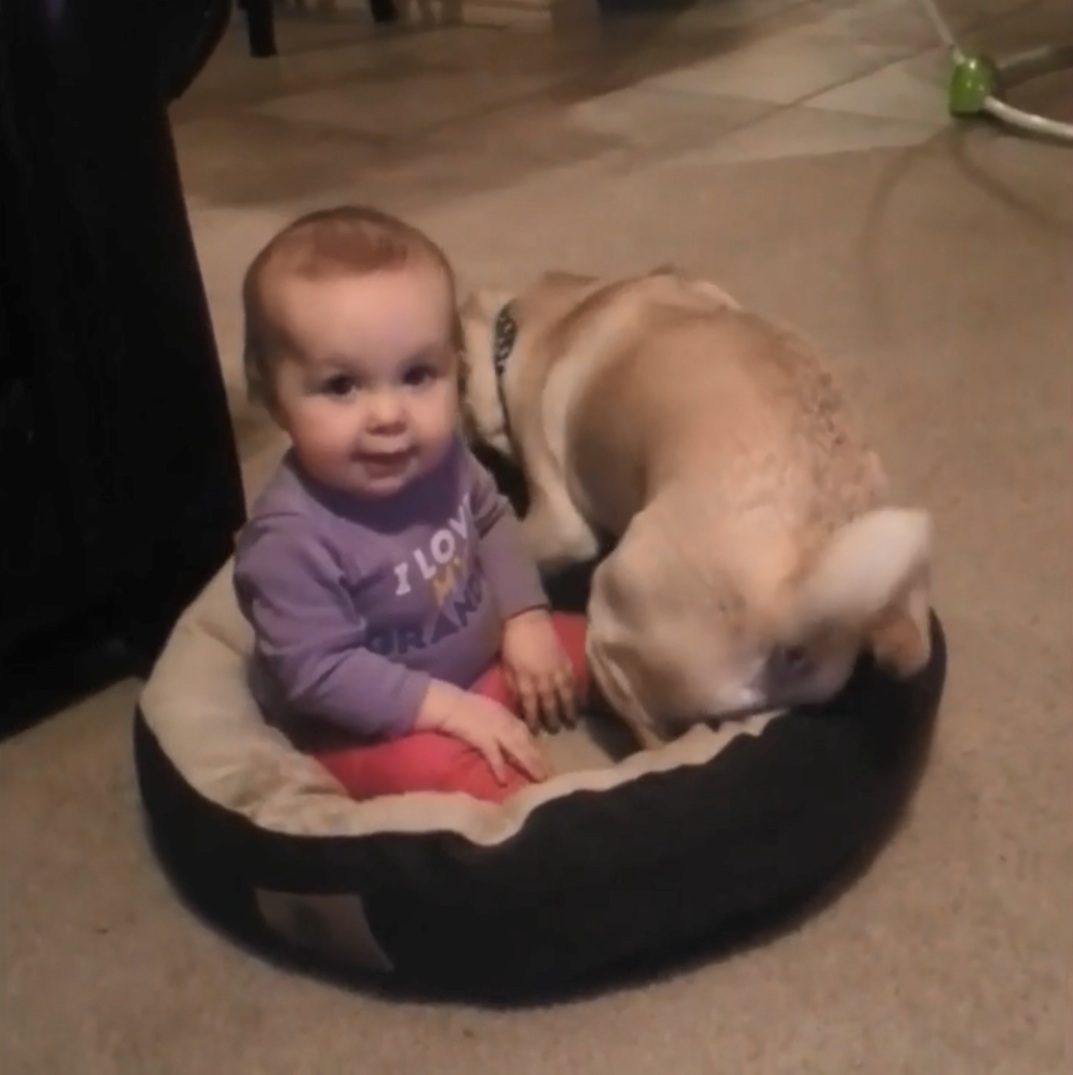 Unfortunately, it still does not work. The baby is completely oblivious to the dog’s attempts at getting his pillow bed back. 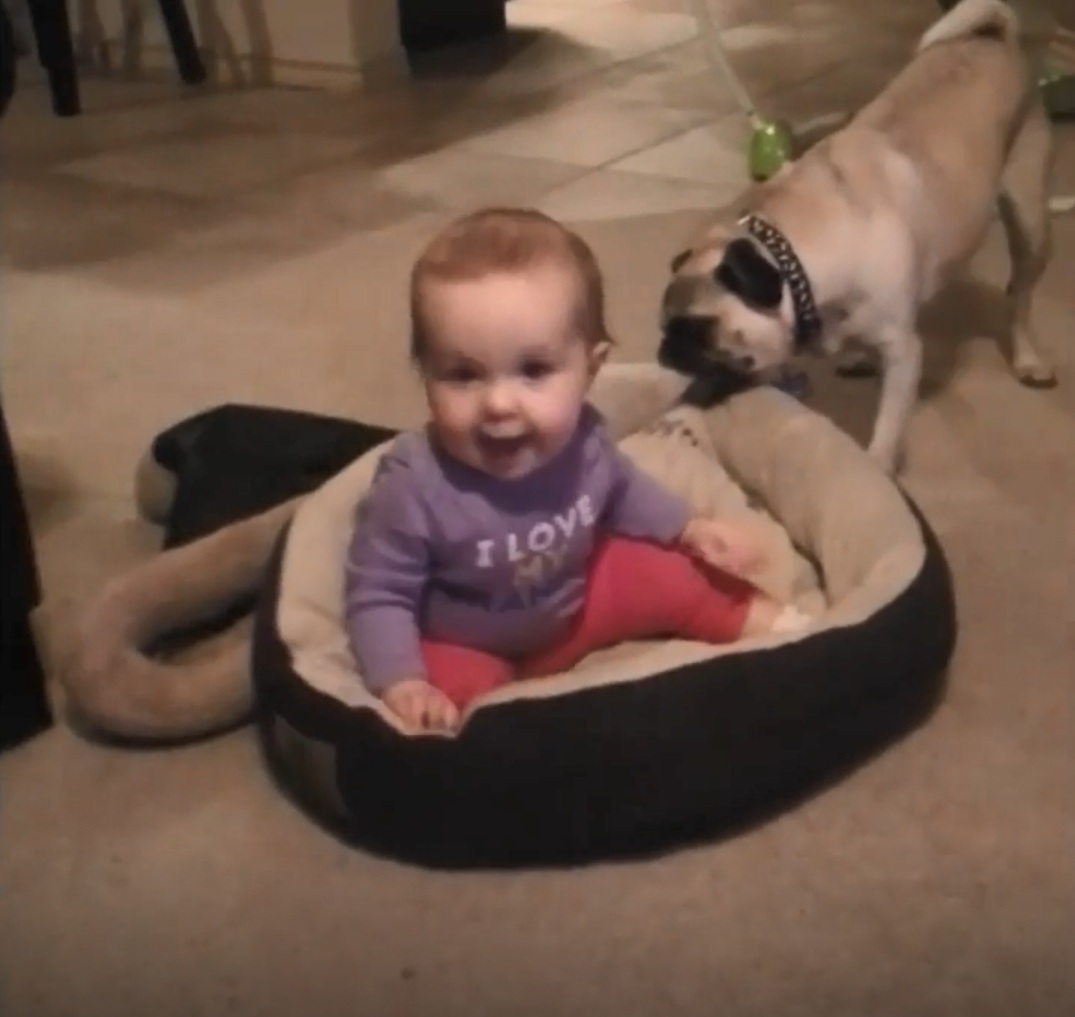 Eventually the dog succeeded in reclaiming his bed and there were no hard feelings from either party. 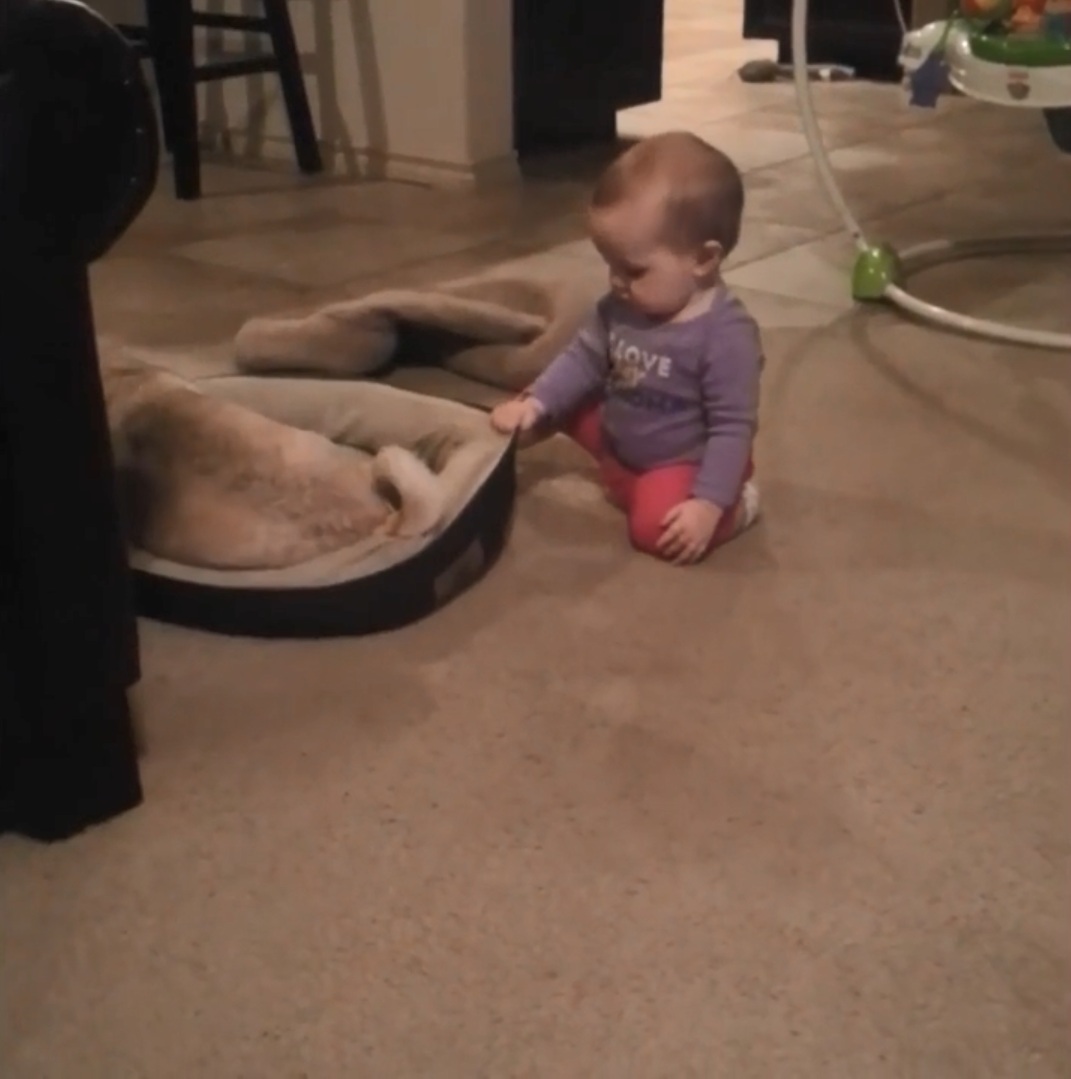 What does he do to claim his bed back from the baby?

Watch this video to find out

This cute chipmunk is having hiccups while eating her sunflower seeds—she...