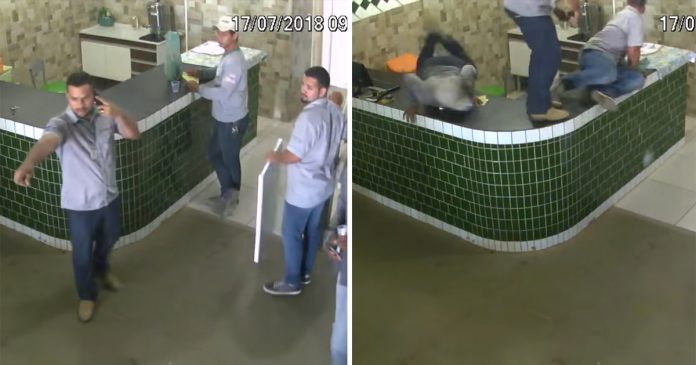 Some dog breeds are generally known to be friendlier than others, although all dogs are social in nature. How they manifest this sociability of theirs can vary greatly depending on the individual dog and the general breed.

Pit bulls are one of the dog breeds that have gained quite a bad reputation for being aggressive and violent by nature. Their rep is so bad that this breed has been banned in many countries including the United Kingdom, Switzerland, Russia and Singapore to name a few.

This CCTV footage shows a group of workers who were focused on their jobs, when one of them starts to panic as he points at something which was out of view 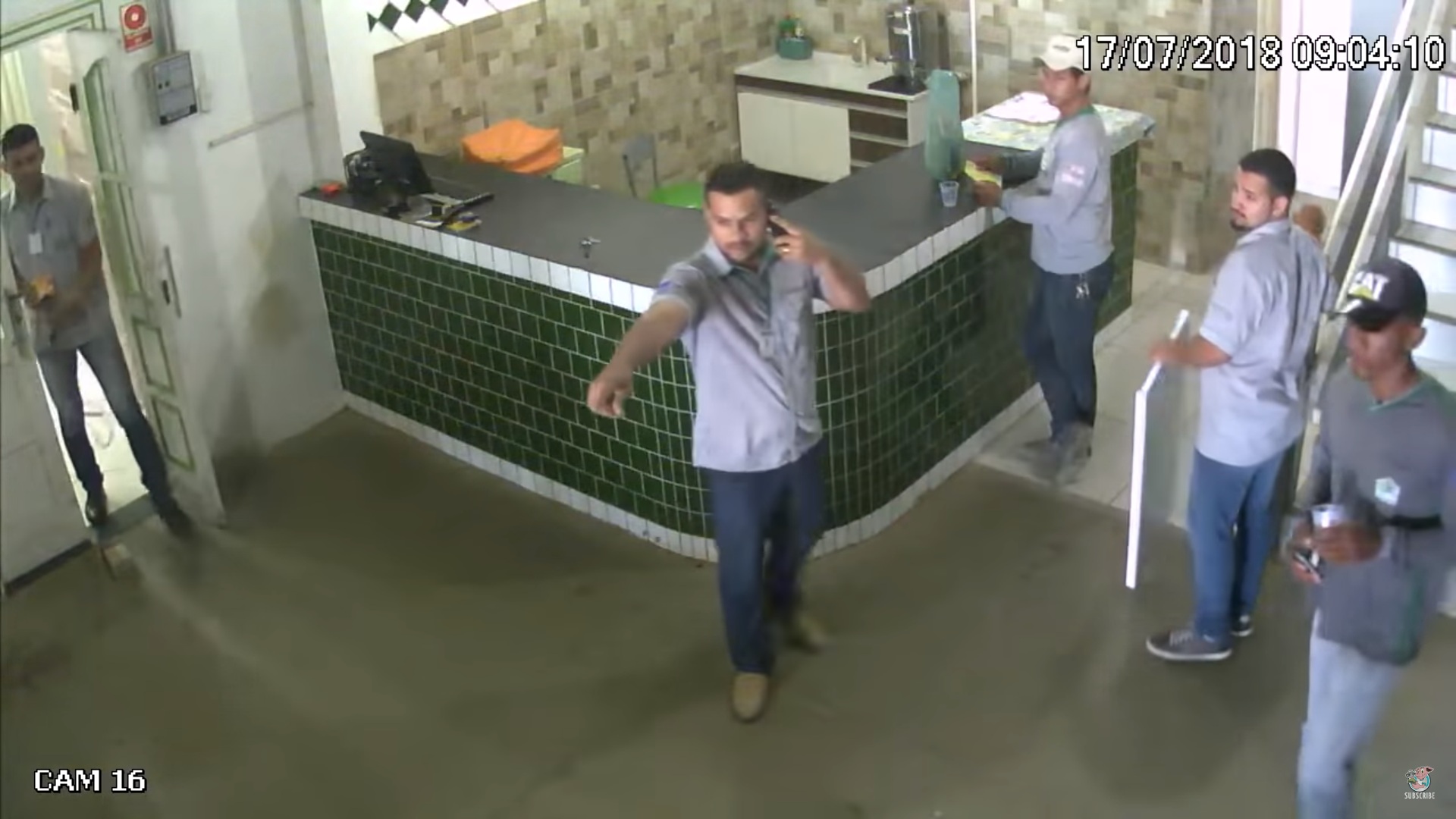 The group of men struggle to clamber up onto the counter as they see a dog approaching the premise! 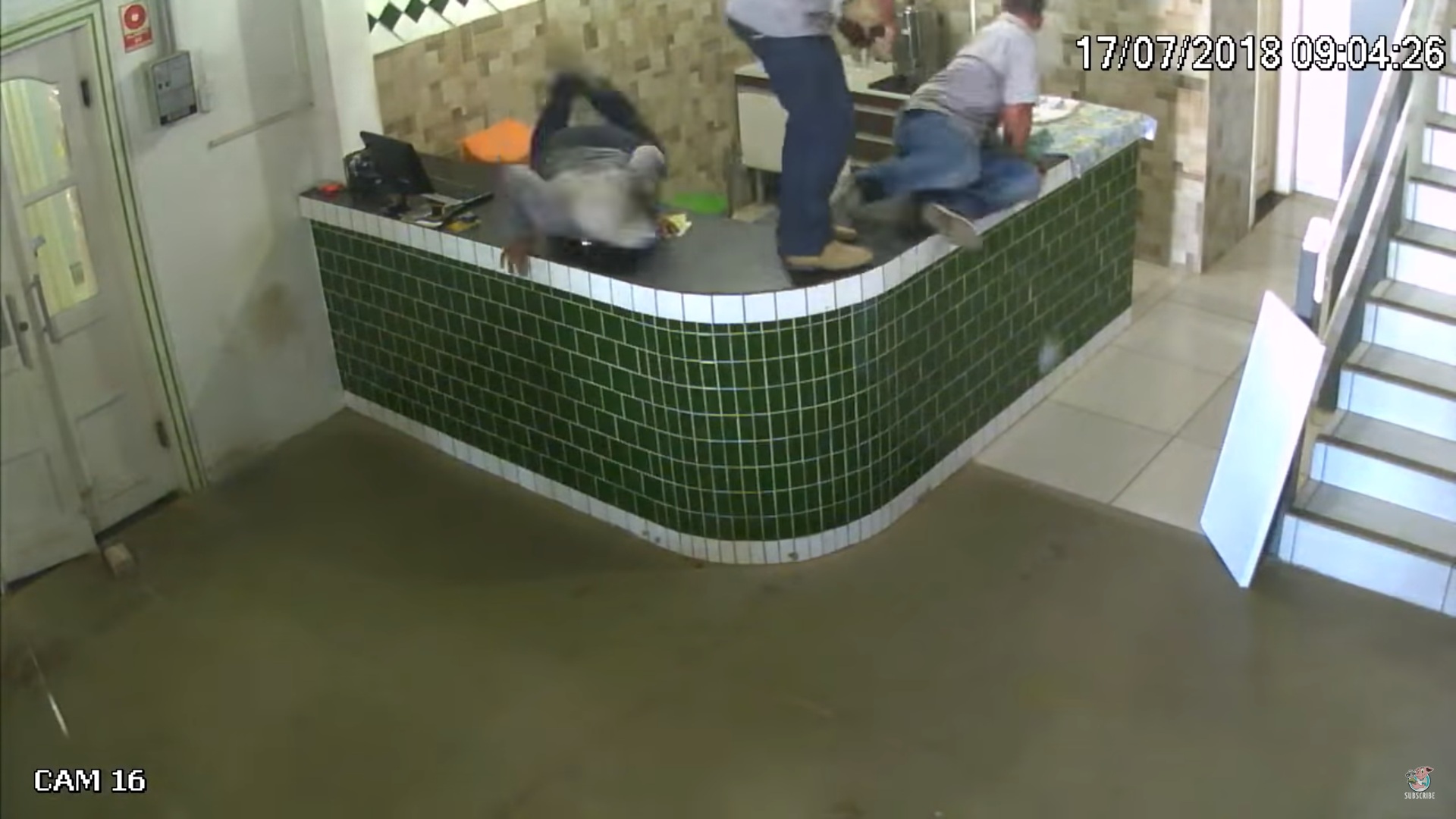 They proceed to hide from the dog as it wags it’s tail and walks around the room, clearly enjoying this and probably thinking that the humans were playing a game with it 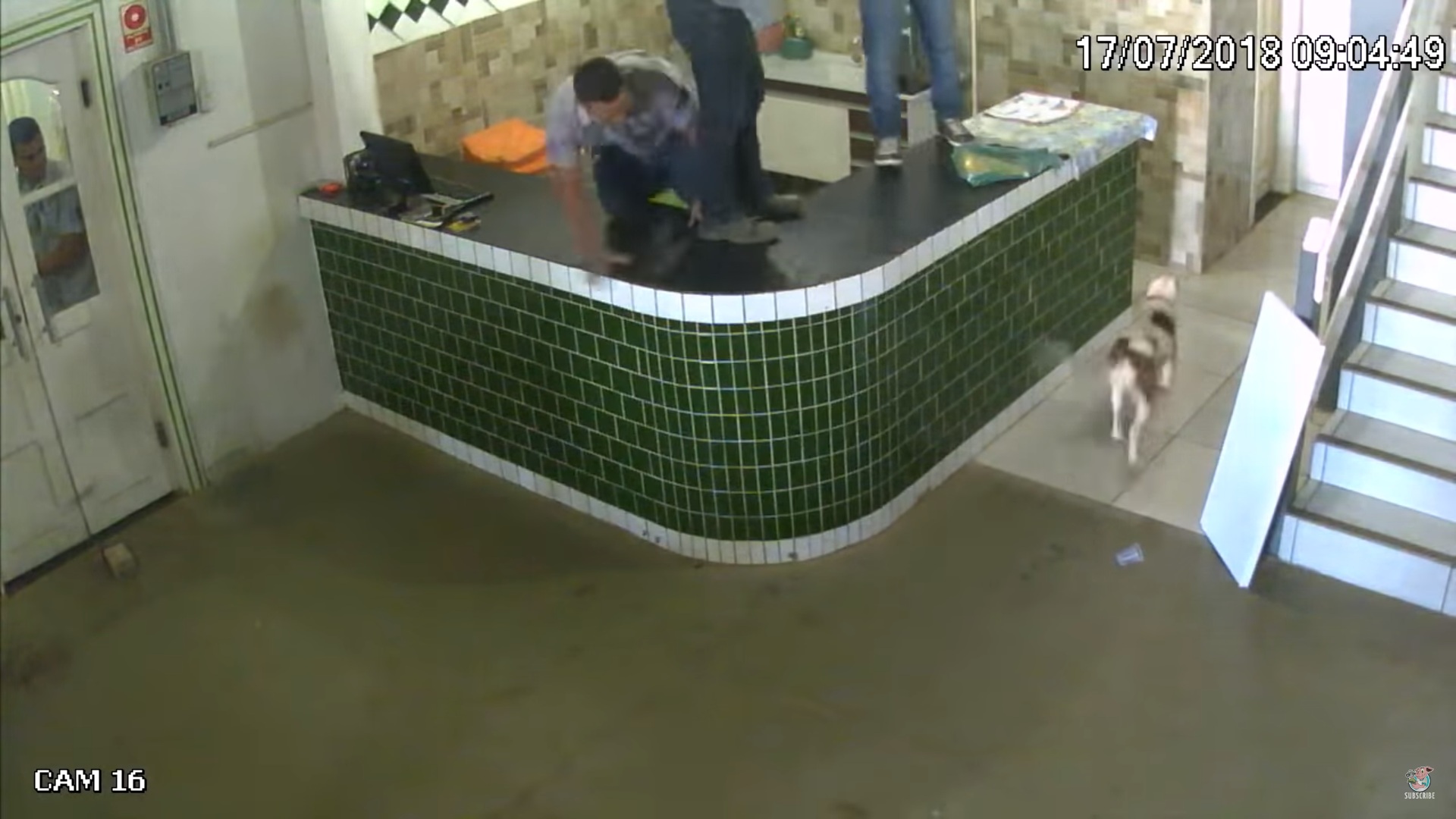 They realized that this particular pooch was a friendly one and only wanted to play and interact with the group of men, so they got down from the counter and humored it 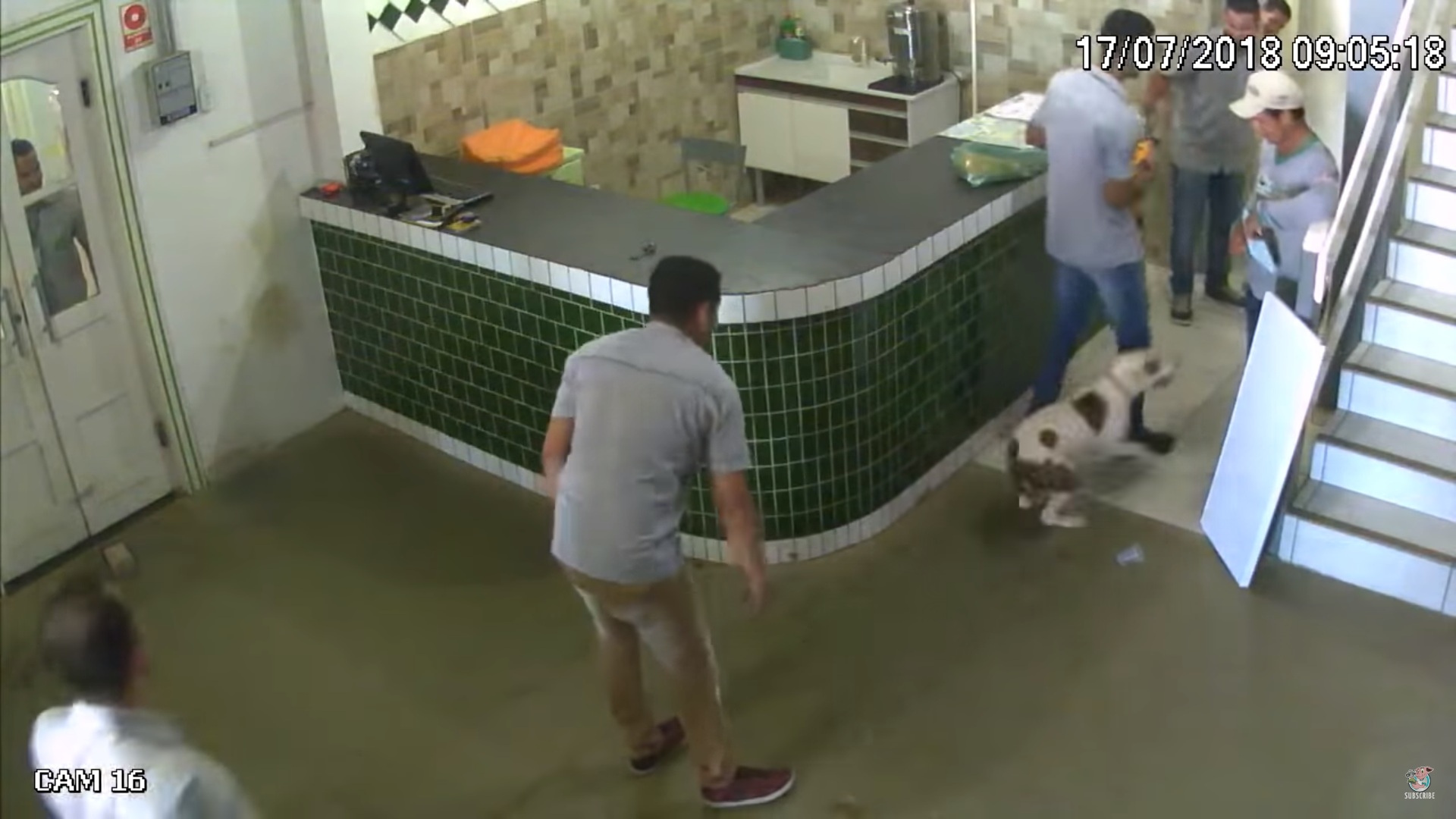 It was later revealed that this dog had escaped it’s owner’s house, which was close to the place of the incident, in order to look for some form of entertainment.

Watch their terror on first seeing the dog walk towards them below: