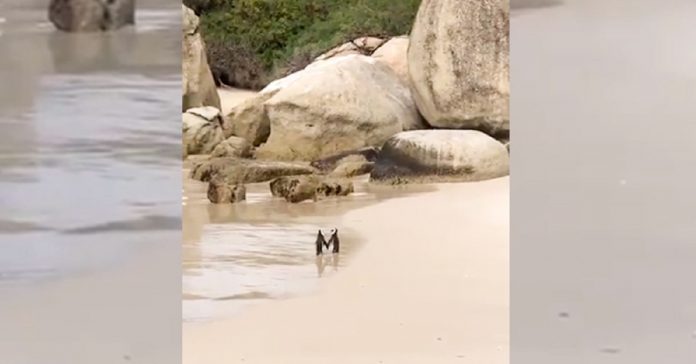 This African penguin couple having a romantic stroll on the beach will make you believe in love again.

A viral video posted by Storytrender shows two penguins touching their flippers strolling on the beach just like human couples would normally do.

Norma Landeros-Ramirez was on her honeymoon with her husband in Cape Town, South Africa when she saw a heartwarming and romantic scene unfold before her eyes at Boulders Penguin Colony. She quickly recorded the rare sight with her smart phone. 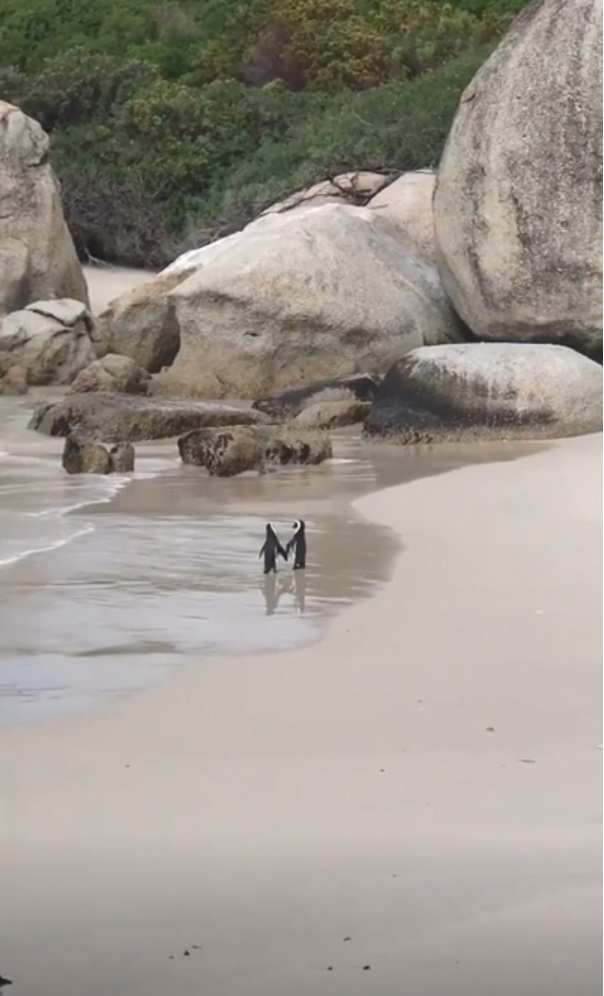 As the two waddled away, they held their flippers together like a romantic couple holding hands 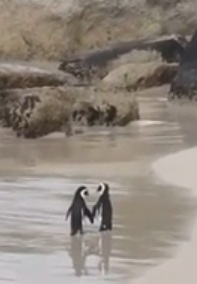 Norma tells storytrender: “Since my husband and I are newlyweds, I wanted to see the penguins because I have heard that they keep one partner for life, so it seemed fitting.”

As of today, this viral video has more than 152,000 views on Youtube. The penguins are holding on to each other’s flippers, how much love!

Some netizens wonder what penguins were doing in South Africa. According to wikipedia, African penguin is only found on the south-western coast of Africa, living in colonies on 24 islands between Namibia and Algoa Bay, near Port Elizabeth, South Africa. 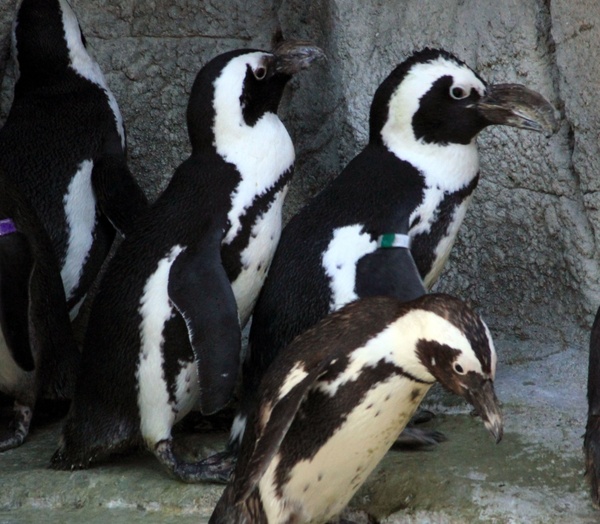 Facebook user Barbara Ann commented: “Nice video so nice to see happy things like this. Penguins are full of happiness and love. They feel love just like us humans do only I think they respect each other more than humans do.”

Some netizens are even jealous. Lovely Vee says: “These penguins got a better love life than me!”