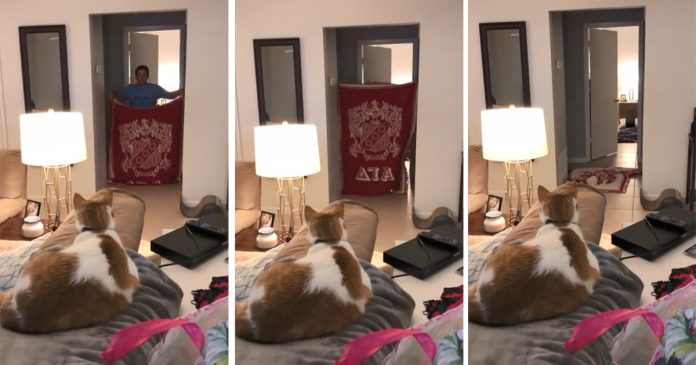 #WhatTheFluffChallenge has seen thousands of people pulling tricks off on their dogs with a blanket and their beloved canines went wild when their owners suddenly disappeared before them.

The hilarious latest trend sees how dogs react when their owner disappear all of sudden. It begins with the owner standing near the doorway while holding a blanket. Meanwhile, the dog looks on with much anticipation of what happens next.

The owner then teases the dog by playing peekaboo with it and later drops the blanket to the floor while simultaneously run into a room to hide.

While it is quite obvious to us humans that the owner is hiding, however, to dogs, it looks as if their owner has just disappeared and it confuses them.

Many have attempted the challenge to see how their dog would react to their sudden ‘disappearance’ to see if their pet actually cares about them and most of the time, they really do!

So, this cat owner decided to pull off the magic stunt on his cat, Piper, to see if his cat would react like those dog who got perplexed when their owners suddenly disappeared.

However, he never thought that how Piper would react quite differently than the dogs!

The clip begins with the man holding a red blanket while standing in the doorway. “Piper!” the man called the cat to pique his interest. 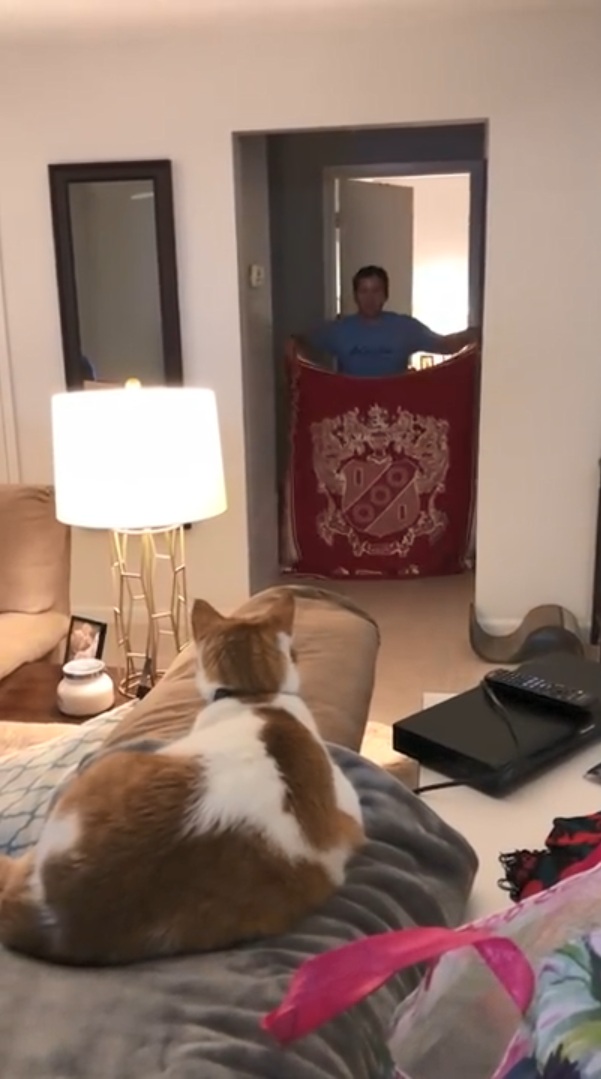 When Piper who is relaxing on the couch starts to pay attention to him, the owner then teases him with a few peekaboos with the blanket. 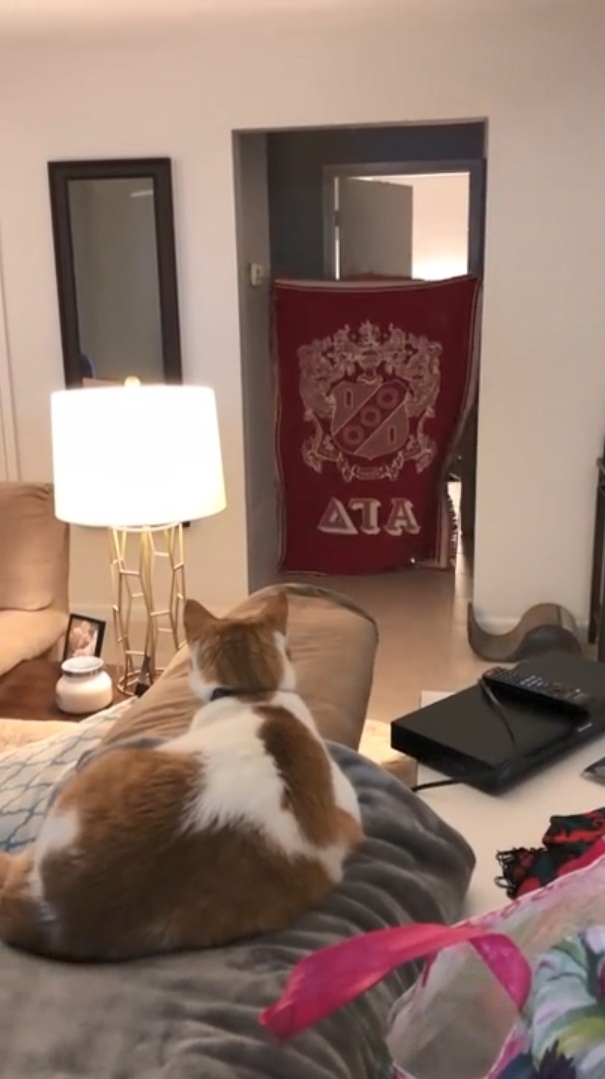 And suddenly…poof, he is gone! 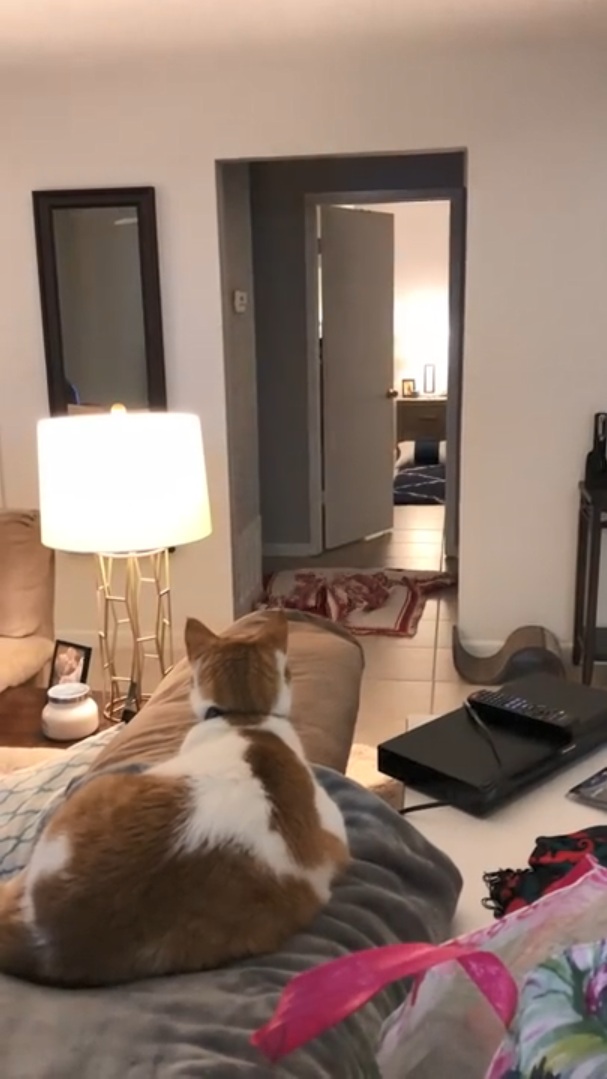 Piper who sees the magic trick suddenly freezes. The cat just seems to be really taken aback by the stunt that he is unable to react for a brief moment 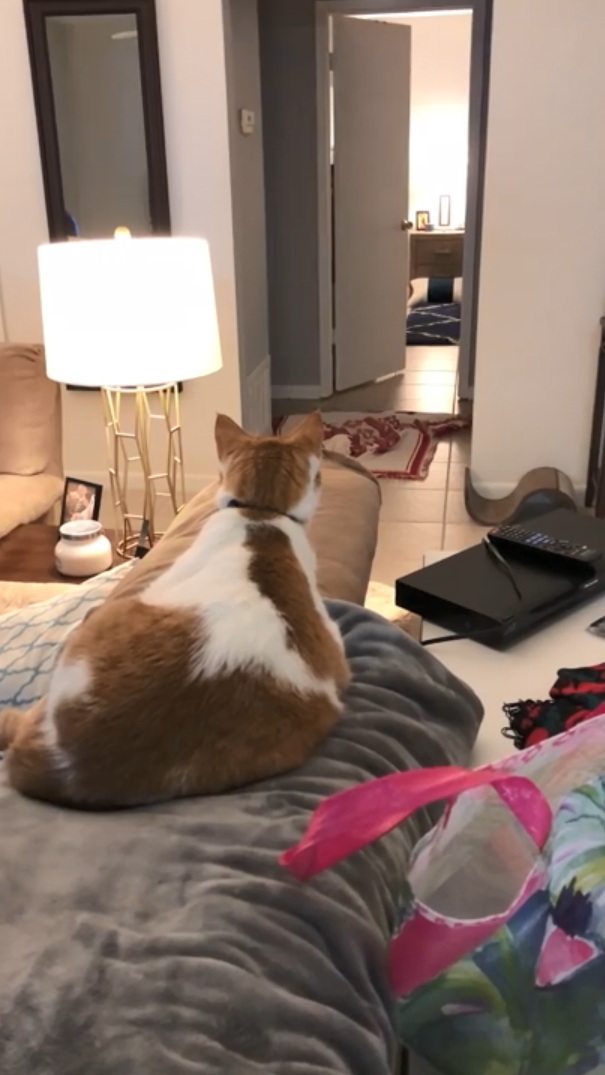 A while later, Piper begins to slowly pull out his paws, probably realising that his owner has gone for real 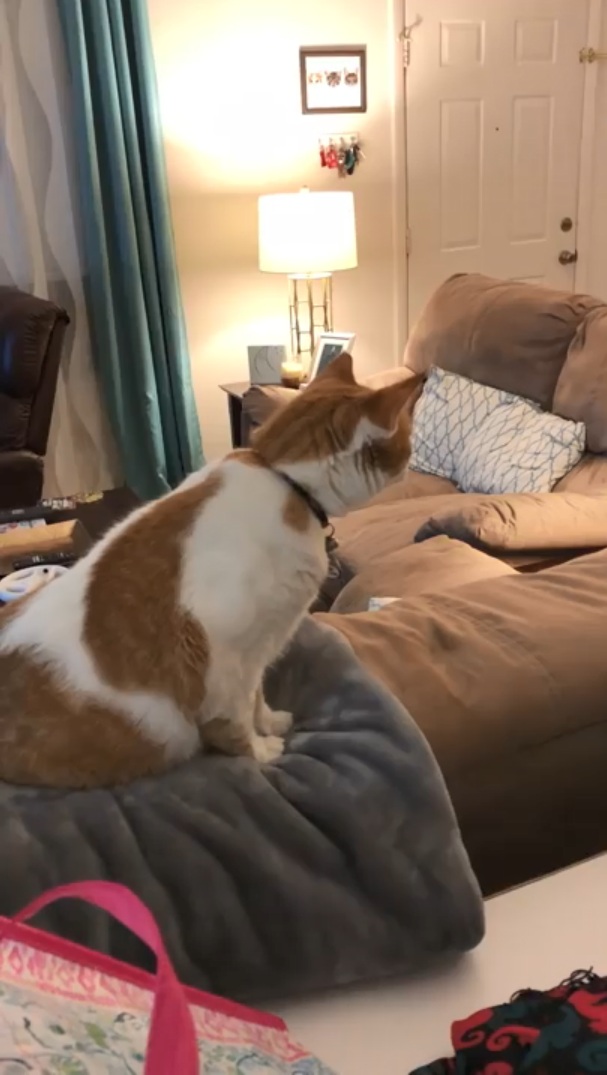 Meanwhile, the lady behind the camera cannot help but chuckles when she sees how Piper reacts with the trick.

Later, the cat jumps off the couch and it suddenly stands on both of hind legs! Looks like Piper is really confused and shocked by the magic trick that it forgets to stand on his four legs like usual! 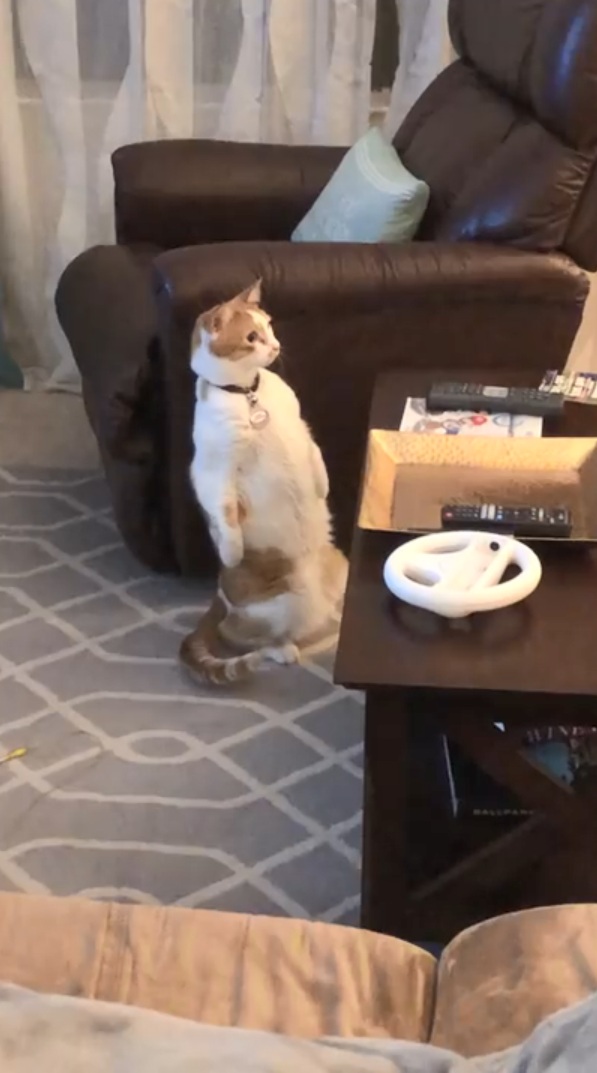 The clip shows Piper standing quite for a long time, looking so confused while staring at the doorway. At the same time, the lady who is recording his reaction is already laughing out loud. 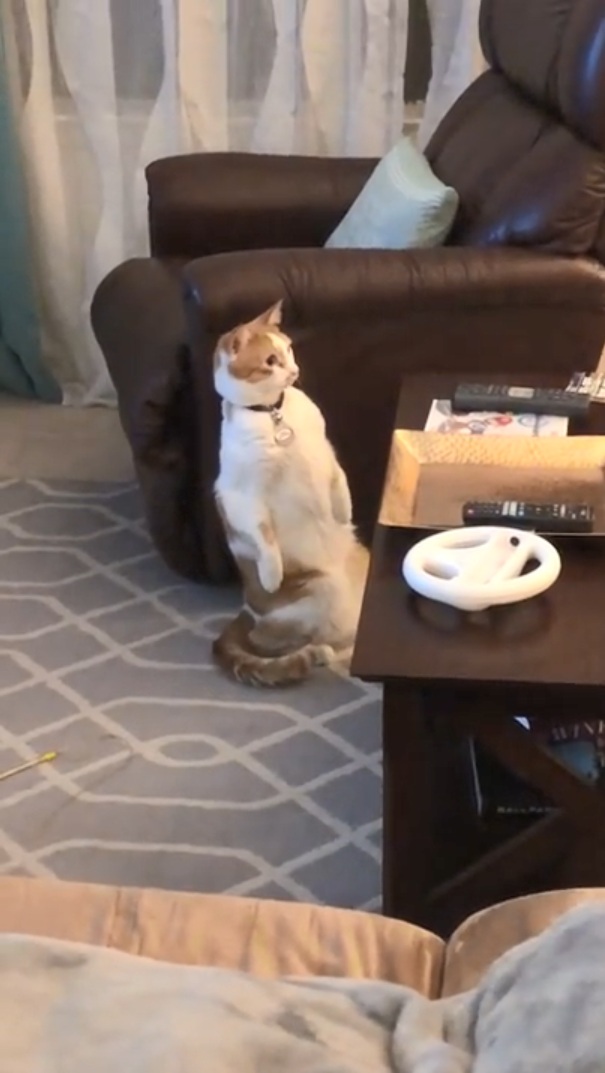 The clip with the caption “I think we broke the cat” has gone viral on social media and many are amused by Piper’s hilarious reaction as well!