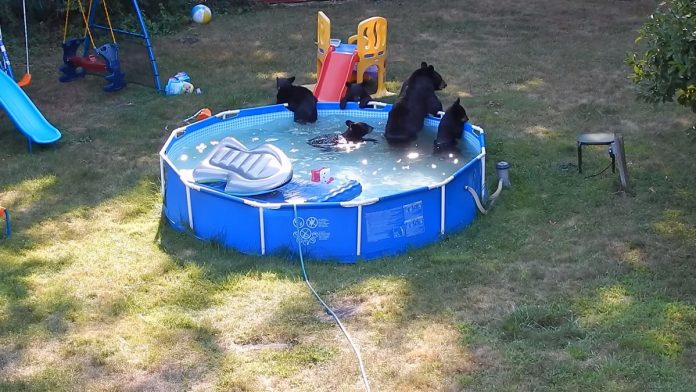 It is the summer season and many people headed to the pool and the beach to escape the scorching heat and apparently, bears too.

In August 2015, the Basso family was surprised to find out that a family of black bears was playing in their family’s pool in the neighborhood yard. 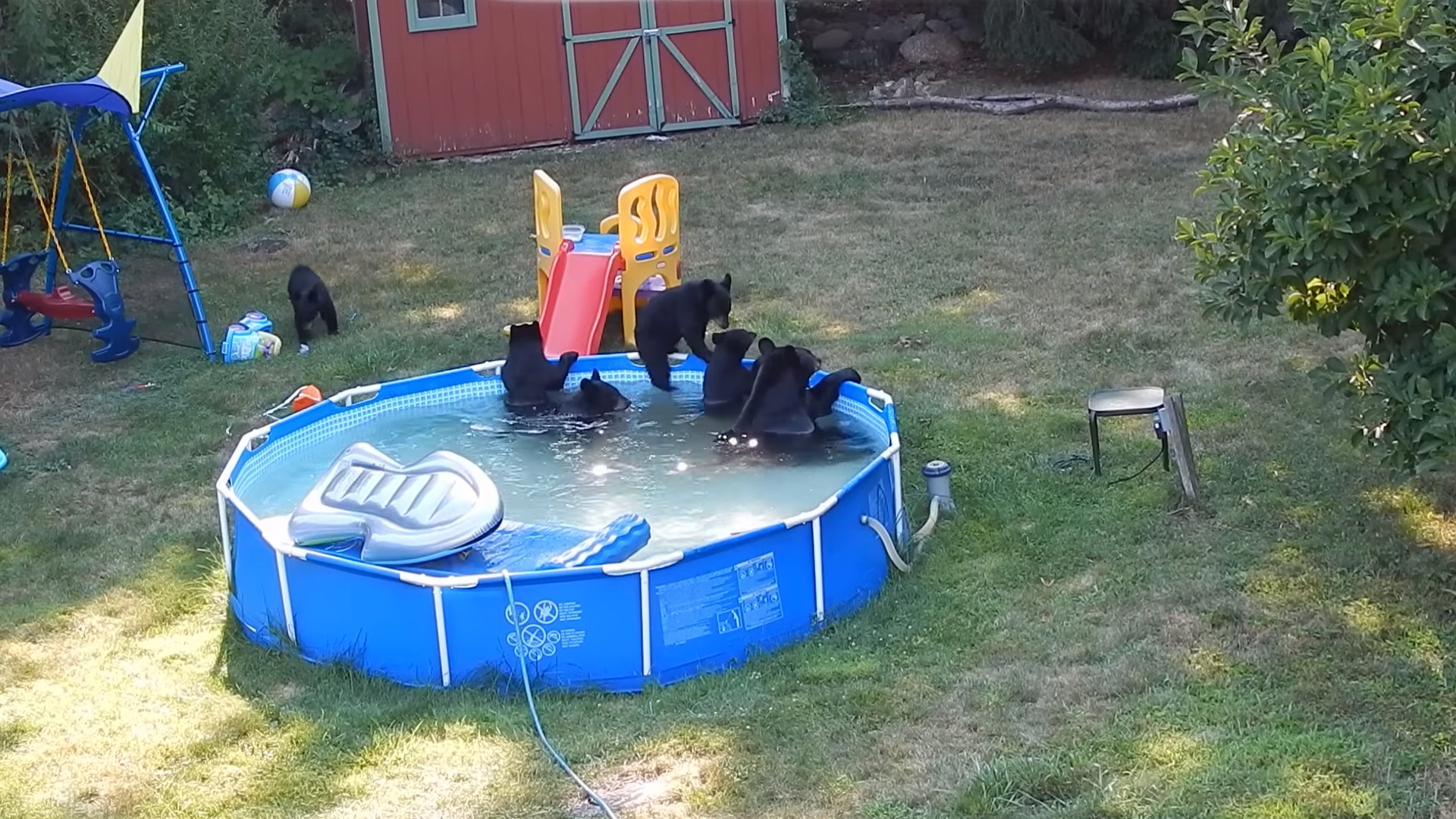 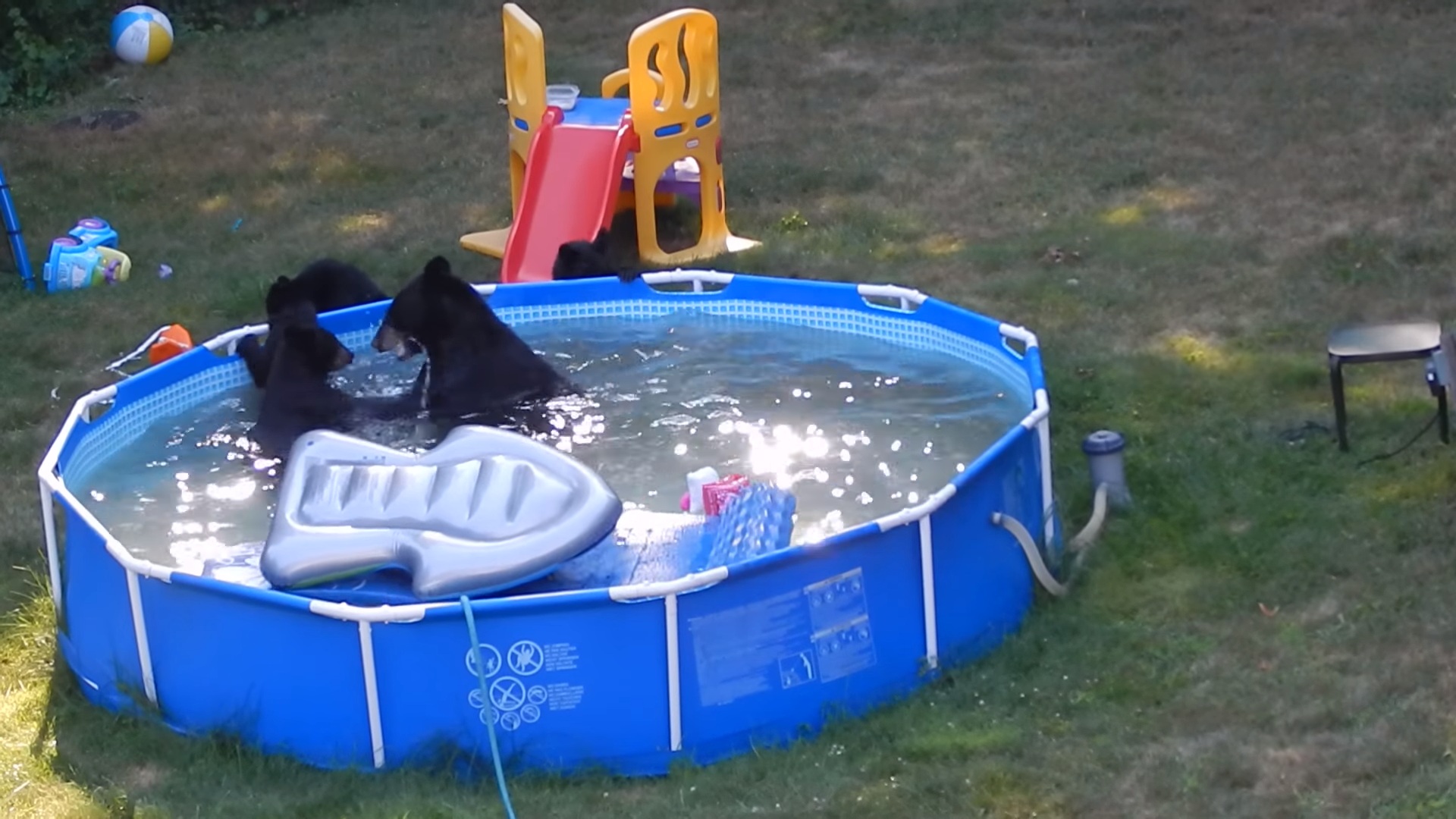 Tim Basso’s wife were quite thrilled at the unexpected sight that happened in their backyard. She quickly recorded the bears’ pool party moment on camera 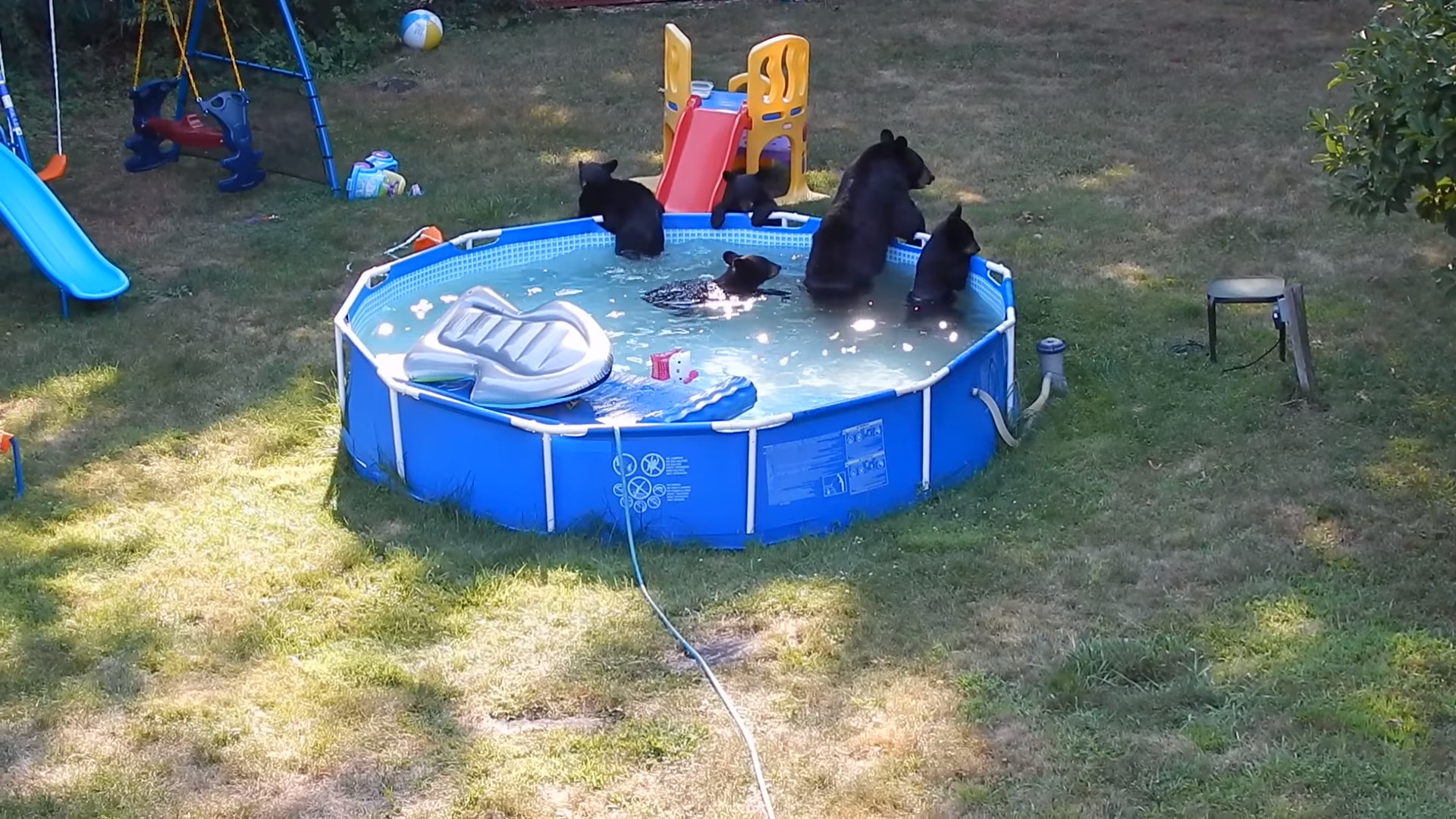 Meanwhile, she can be heard saying, “It’s a fun backyard”.. to which her daughter Sophie was not excited about the baby bears chewing her floaty.

“We’re going to buy a new pool?” Sophie asked her mom, and her mom replied: “Not until next year.” Sophie cried after hearing it.

Near end of the video, the mother finally asked the kids to get their daddy Tim Basso to call the animal control 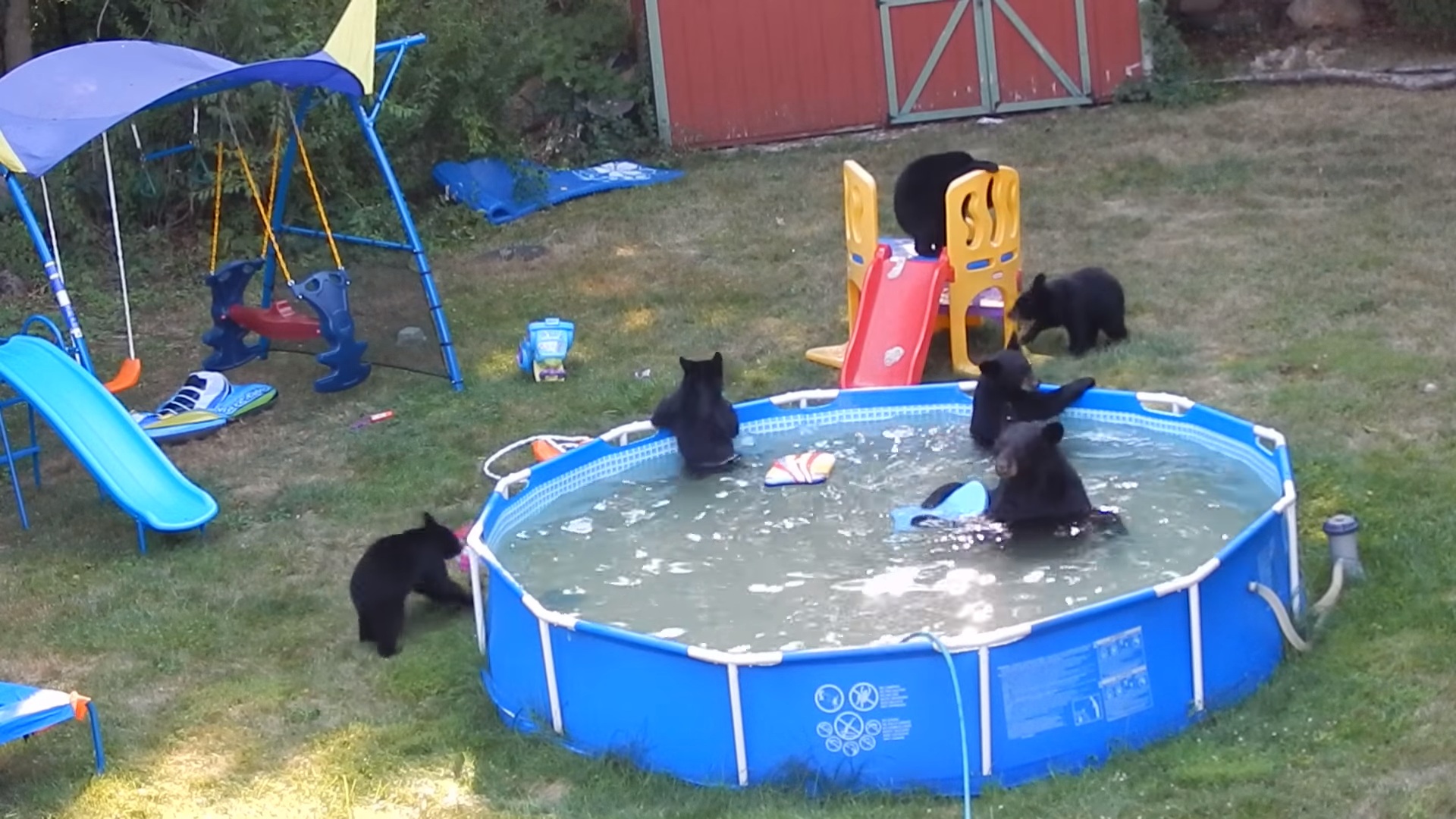 Tim Basso updated his video comment in July 2016: “Mom and 5 cubs have been seen in the neighborhood, but not in our yard. Thanks for watching and keeping it civil.”

Watch the wild pool party of mother bear and her five little cubs in this video here covered by CBS News:

A Tabby Cat’s Reaction Is Extremely Amusing When She Finding Out...