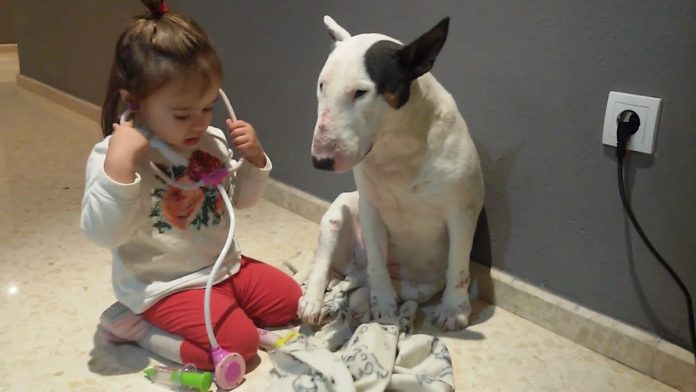 While most young children play role play with their peers, this little girl finds it more fun to play it with her pet dog and it is the most adorable sight you will probably ever see.

Young children absolutely love playing out role play as they get to engage with their unlimited imagination and making sense of the world at the same time.

It is an activity that comes naturally to many children as it is also one of the ways for them to develop social and language skills.

For this little girl named Noa, she seems to like playing with her pet dog, Neckar, a little bit more and it is not hard to see why.

[00:01] The dog looks so gentle and patient while playing out a role as a patient to Noa 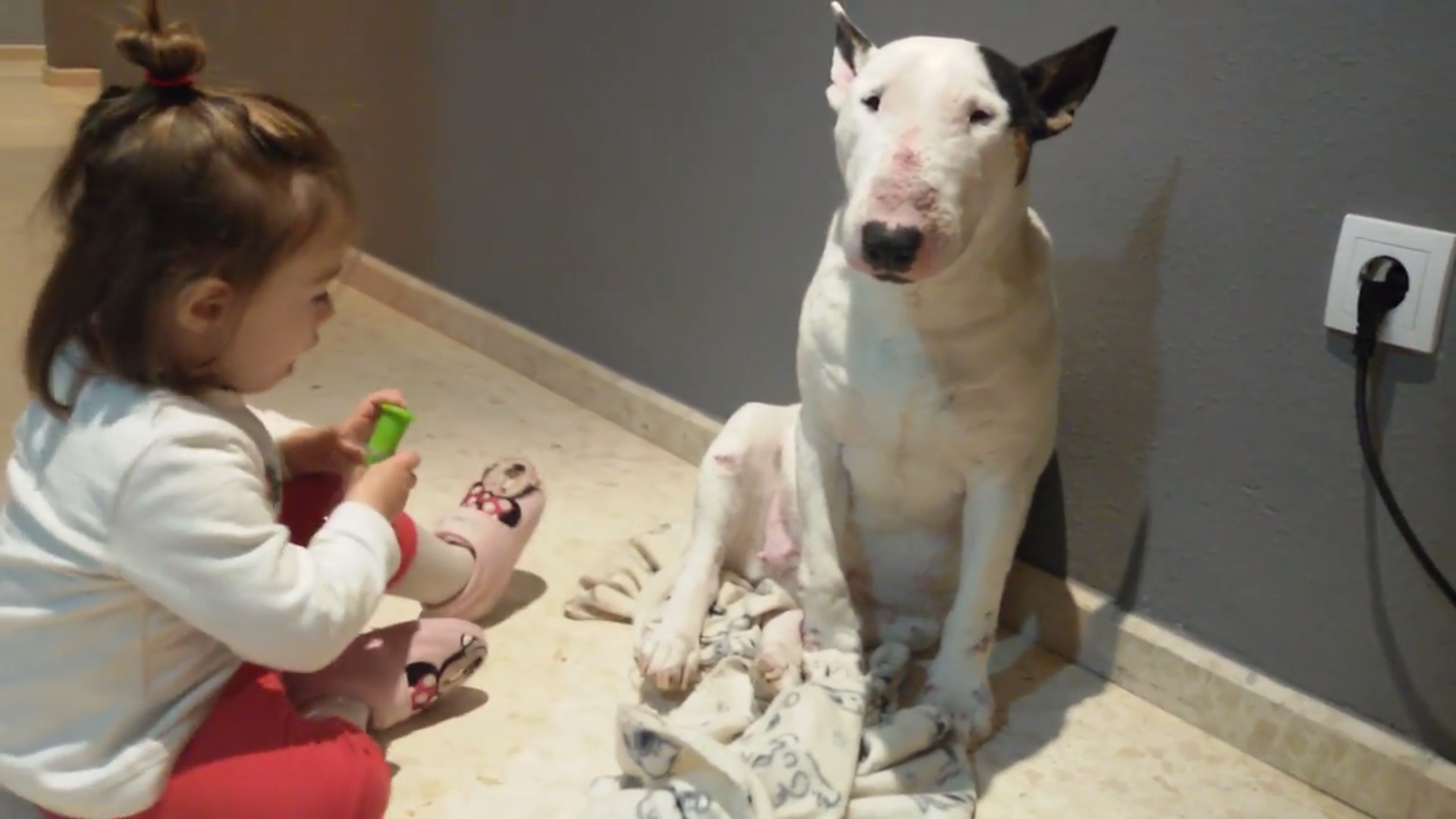 In the meantime, Noa acts like a doctor who carries out a checkup routine on its special patient. 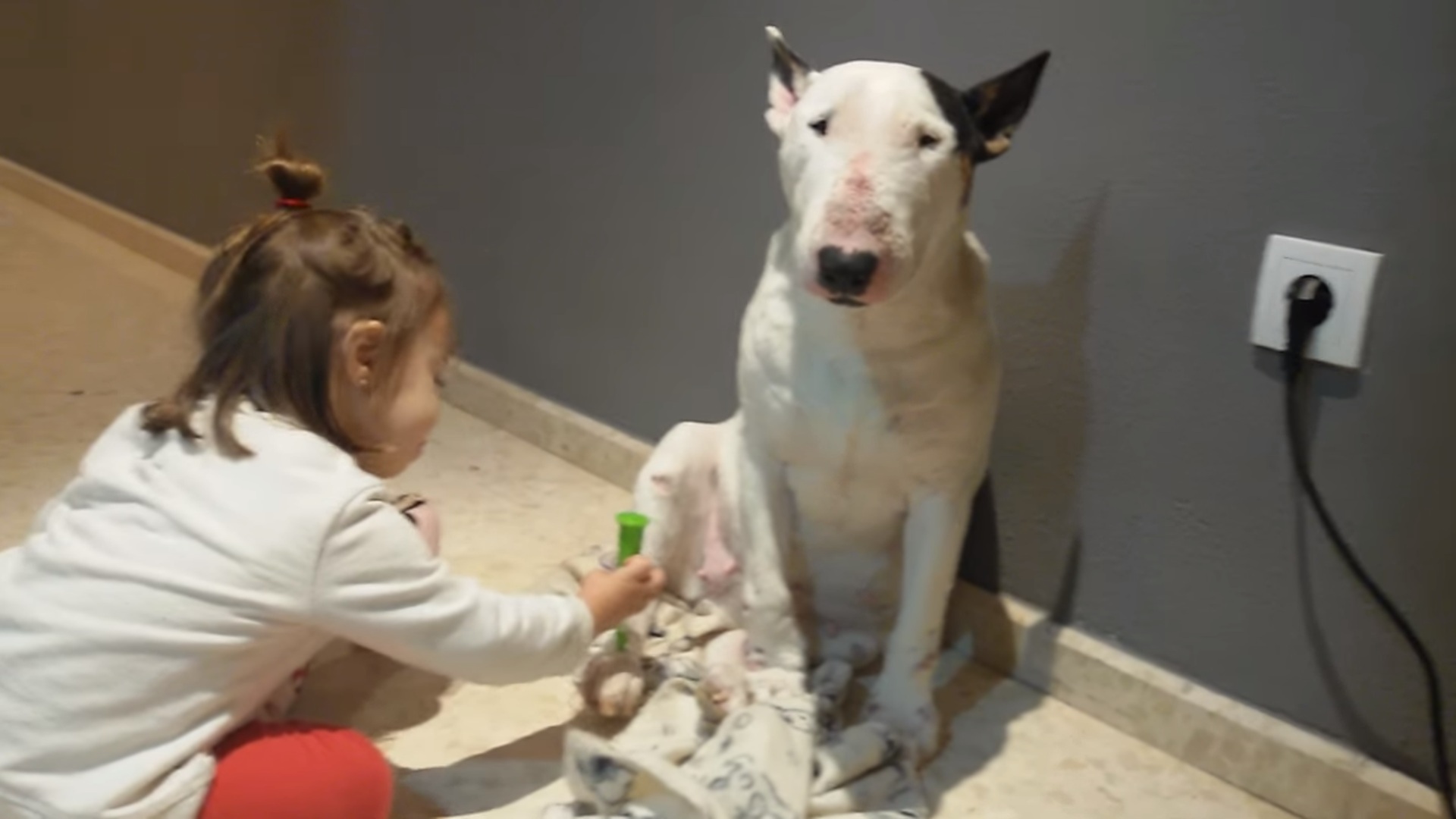 [00:34]…And checks his ears for possible bumps and redness 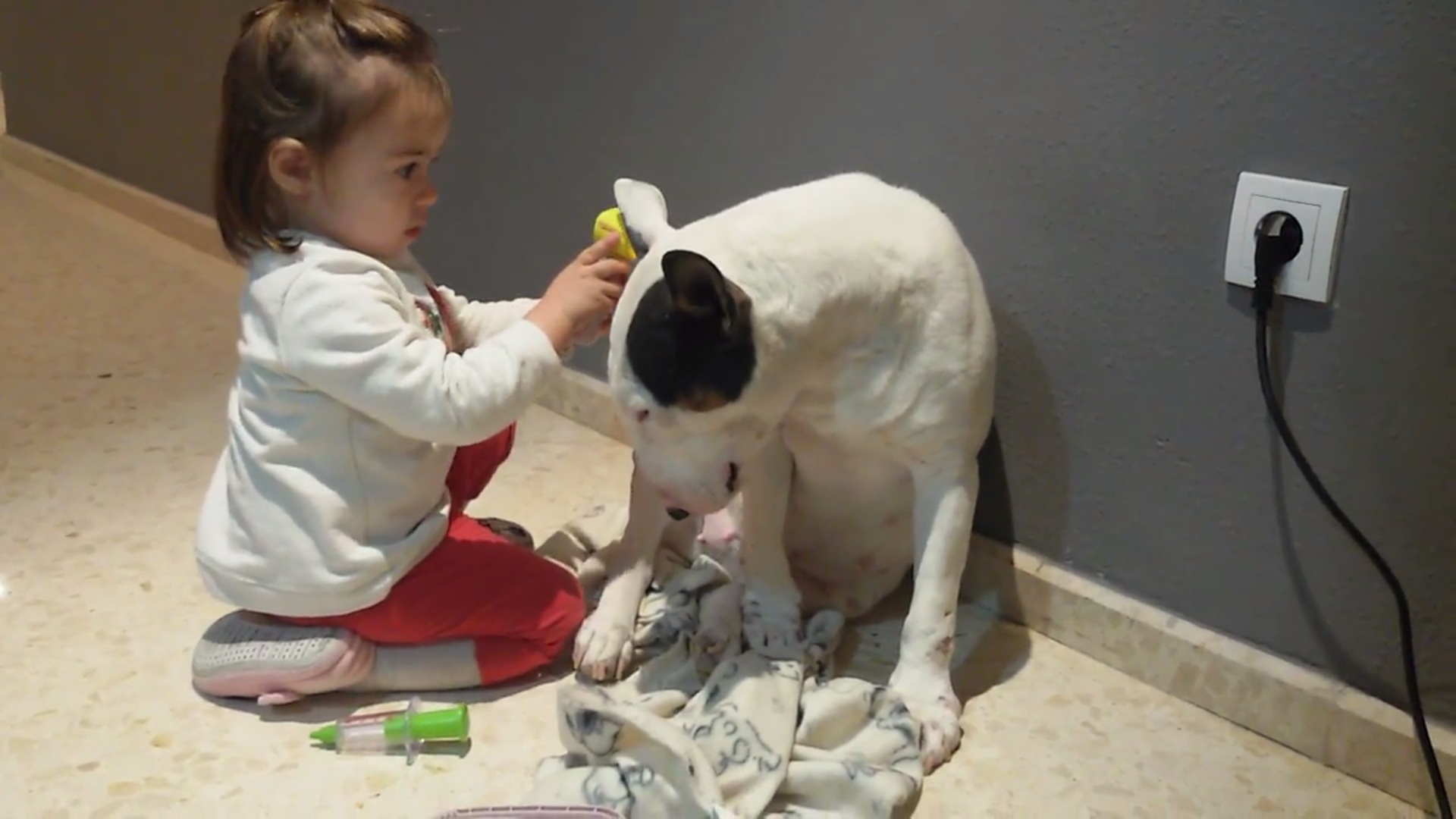 [00:48] Noa then takes her toy stethoscope and brings it to Neckar’s chest to check for her heartbeat. Isn’t it adorable? 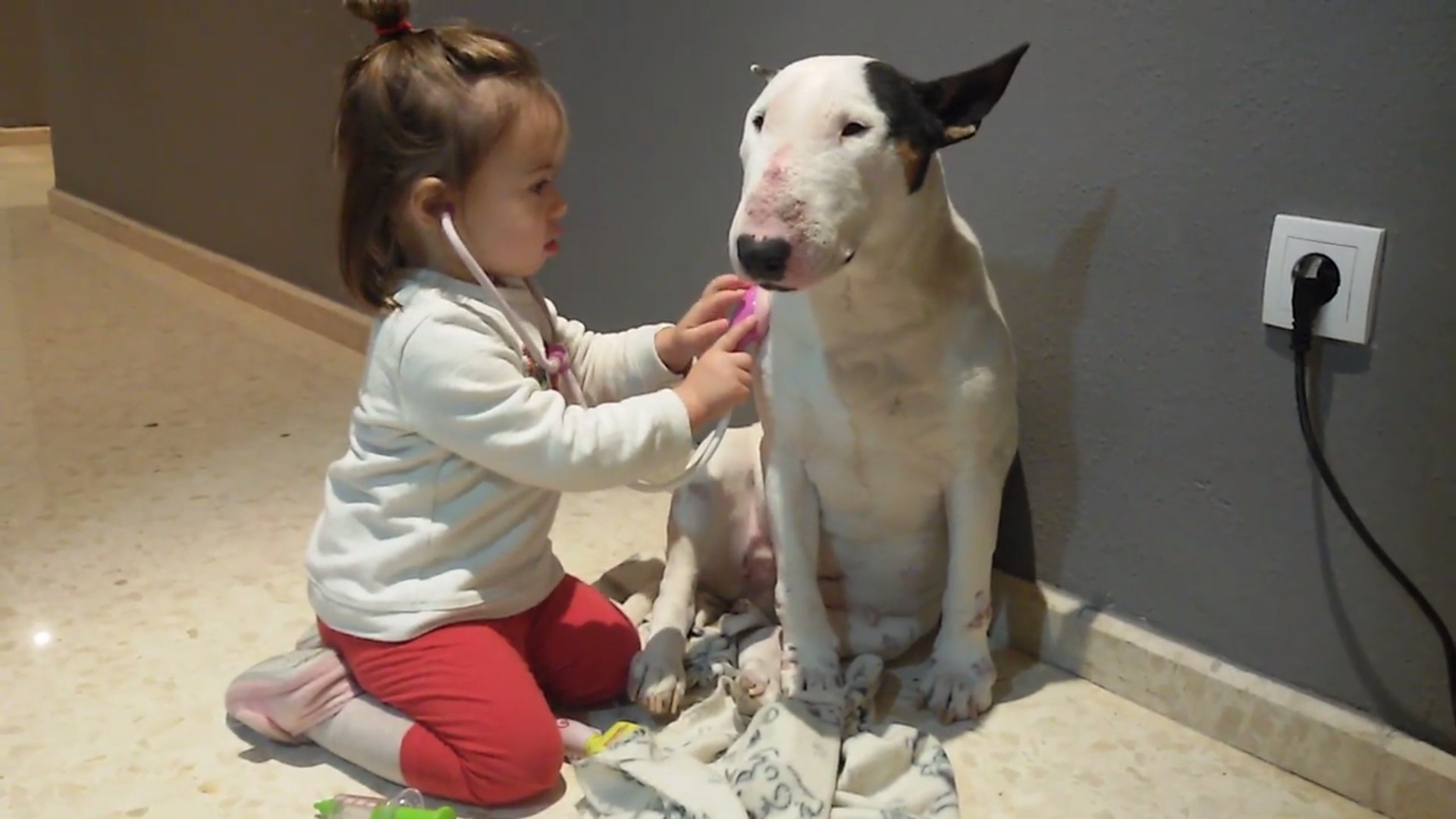 Dad Manuel Ruiz recorded the lovely playtime on his camera and he later uploaded the video with a caption, “Poor Neckar. She gave her no time to escape her shots…And they say that the bull terriers aren’t loving?”

[00:58] Looks like Neckar will never have a sick day in her life since she has Doctor Noa in the house! 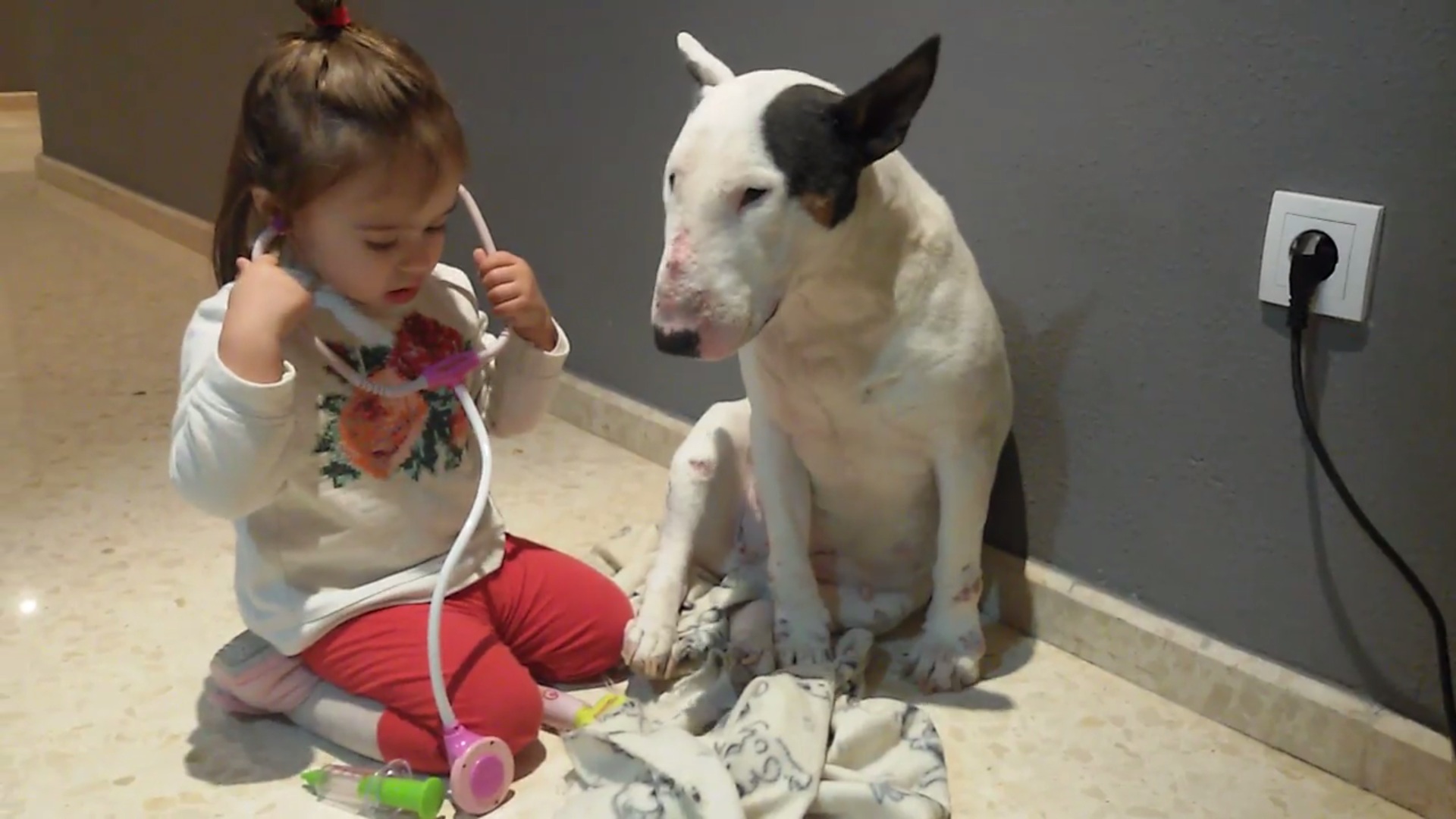 Check out the adorable girl, Noa, playing doctor with her gentle pet dog, Neckar, in this video here

Dog overwhelmed with joy when it sees her favourite chew toy...