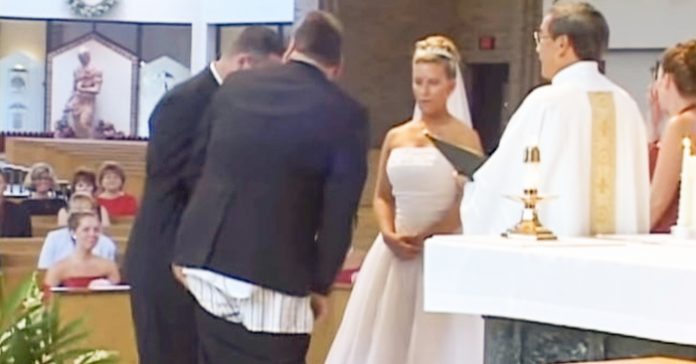 The wedding day is the most sacred moment between the bride, the groom, and the guests and it is typically filled with happy tears and touching vows.

However, for this couple, their wedding day was instead filled with roaring laughter, all thanks to the best man!

The best man was standing next to the groom during the wedding but his pants promptly dropped to the floor, revealing his striped boxer shorts. 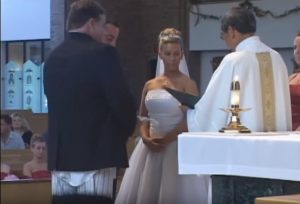 “Oh shoot,” the best man uttered when he realized that he had just lost his pants 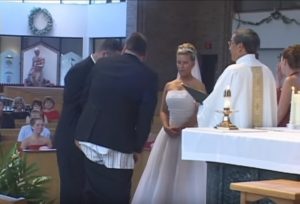 Meanwhile, the groom can be heard saying, “Come up here and hold these,” to the member of the crowd in a joking manner 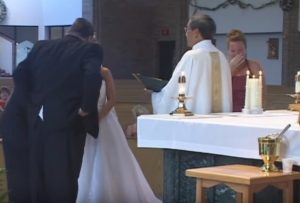 “That’s why we have a happy and joyful wedding,” the priest added after the incident, causing the bride and the groom to laugh even more 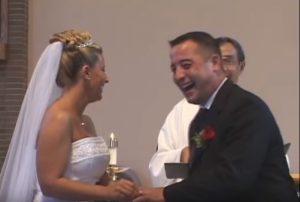 As the vows were taking place, the bride and the groom could not seem to forget the hilarious blooper as they immediately erupted into laughter after the bride’s pronounced her vow 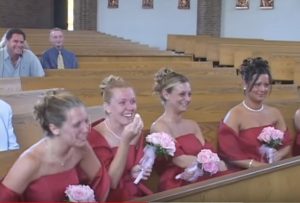 The video was only three minutes long but we are sure that the funny incident and the laughter will remain forever!

This funny video was posted by TripBloggers on Jun 22, 2009 and it has gathered more than 21 millions views. Well, it was an embarrassing moment, but thanks to this best man, the video spread like wild fire in the social media and has made millions laughed.  We are sure the best man didn’t mind about it, right?

Watch the best man’s gag during the wedding here