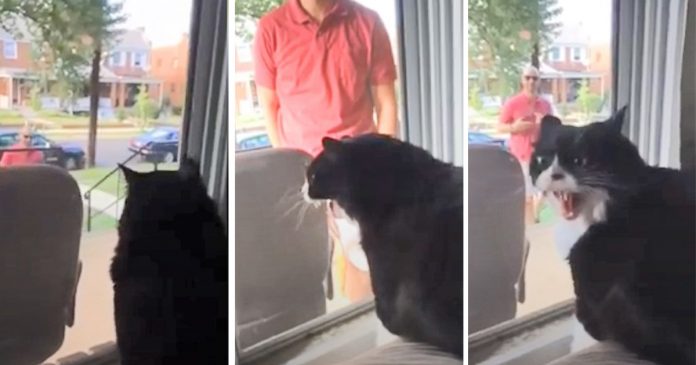 There seems to be never-ending war between cat and dog and they just can’t get along well under one roof. So this cat named Cato was not very pleased when he found out that his owner brought back a new family pet and it was a dog!!! Oh No!

In this viral video, Cato the cat was relaxing in the living room when he suddenly noticed that his owner has just come back home. As usual, he sat on the couch, wanting to greet his owner but he soon turned furious!

Through the living room window which faced the front yard, Cato could see his owner walked the new family pet dog to the front door for the first time and he quickly disagreed with his owner’s decision. 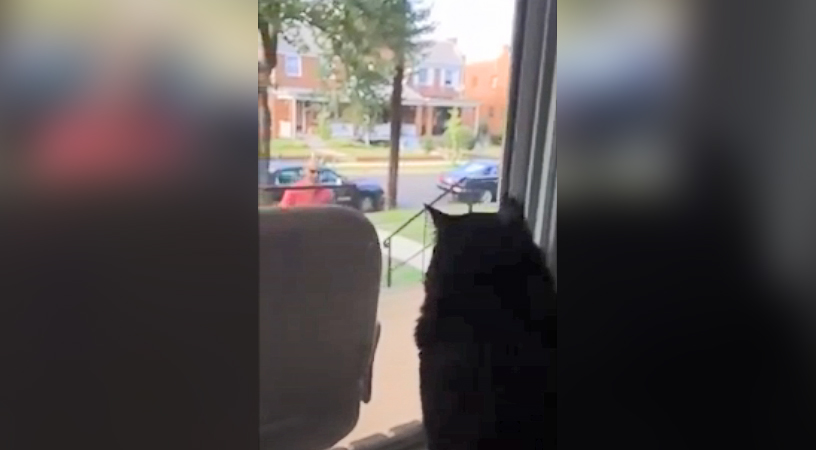 He even hissed at the owner’s wife who was behind the camera who shushed him to tone down his meowing, looking very angry and annoyed! 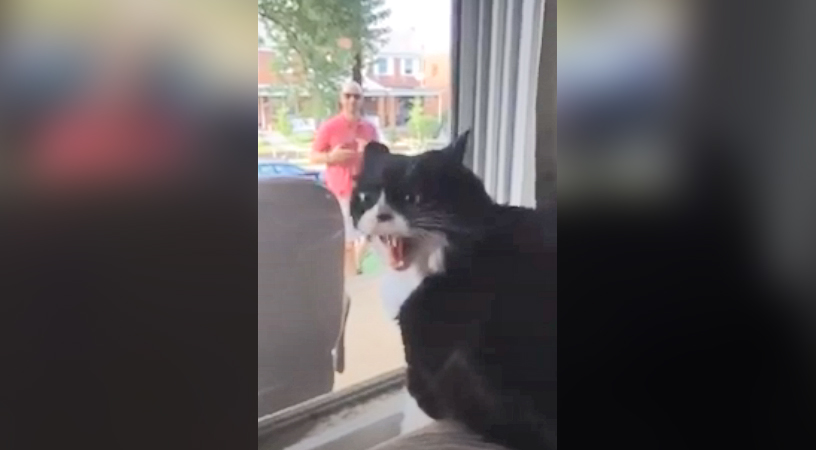 The cat’s owner, Kerry Gillette explained further that she and her husband did not introduce Cato to the new dog at a very much later time.

Since Cato is very vocal and expressive when things do not go his way, the couple thought that the new dog named Zoey who is submissive, kind and quiet would be a great companion for Cato 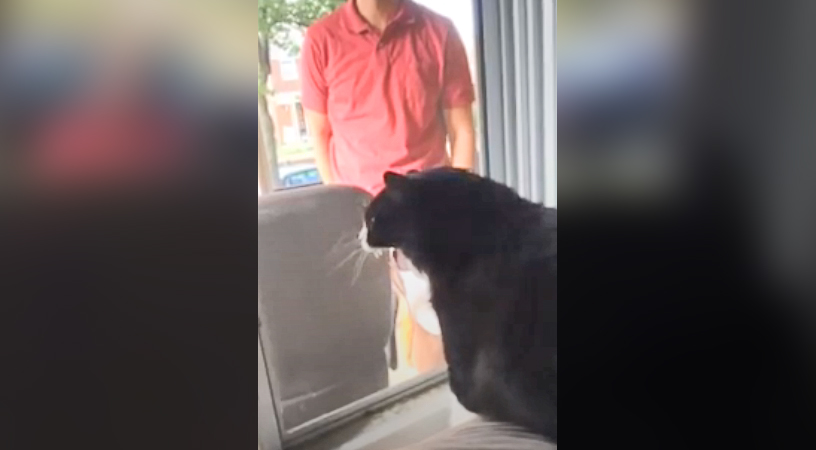 Cato is still adjusting to his new life and new friend but the couple hoped that he could change his mind soon as Zoey the dog just cannot wait to play with him.

Do you think Cato will be a great friend to Zoey?

Kerry Gillette updated her comment in Youtube 2 years ago: For those of you who were concerned for Cato’s well being, you can relax. We adore our cat, and are very experienced with animals. All we did was let the cat see the dog through the window the first time. They weren’t introduced until MUCH later. Things are obviously a lot better!

You just need to trust me that my cat is FINE! He’s just bossy and territorial. The dog is beautifully submissive, kind and quiet around him, exactly why we chose her. So just relax! He is just a very vocal cat, which is why this is funny. This is also not his first experience with dogs. Wish I could post a follow up photo of them co-existing, albeit angrily. But, may have to post some more footage of Cato’s daily stand-offs with her! 🙂

If your pet presses its head against the wall, don’t ignore—could...