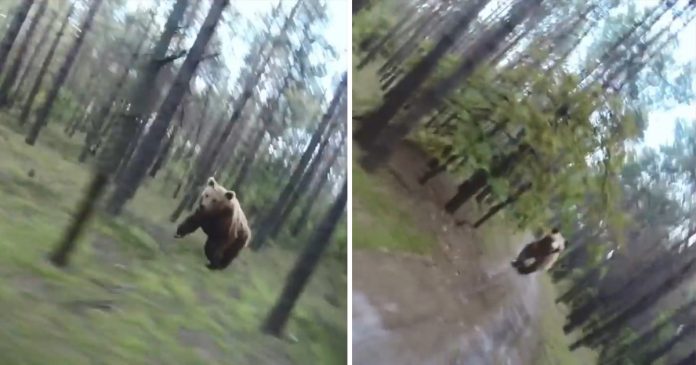 Imagine you are riding down the path in a serene and peaceful forest with your bicycle when you suddenly heard a growling sound from behind the bushes.

And what makes it even more terrifying is you later realise that the growling sound comes from a bear who has noticed your presence in his area!

That was what happened to a man when he went to take a ride in a forest in this video.

Luckily, he was wearing a GoPro camera and it managed to capture the whole the nerve-wracking escape like a scene from a Hollywood action movie.

The video begins with the man known as only Mr. Gregor riding through a path in the forest when he suddenly notices a bear chasing after him from his right 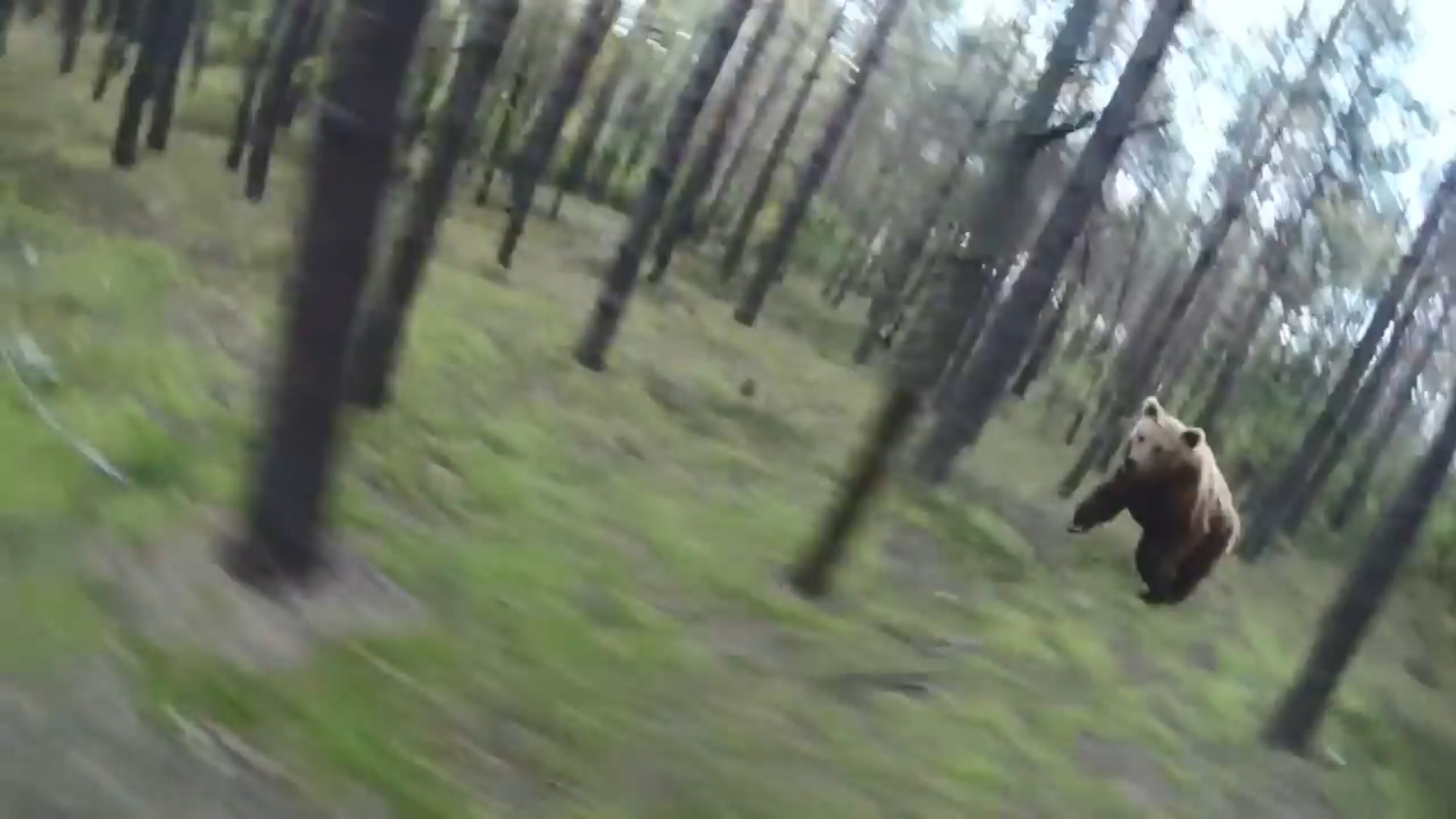 The lovely ride then suddenly turns into a terrifying pursuit!

Mr. Gregor did not take any chances and he quickly rides off to escape with his bicycle. To his horror, the bear keeps chasing him! 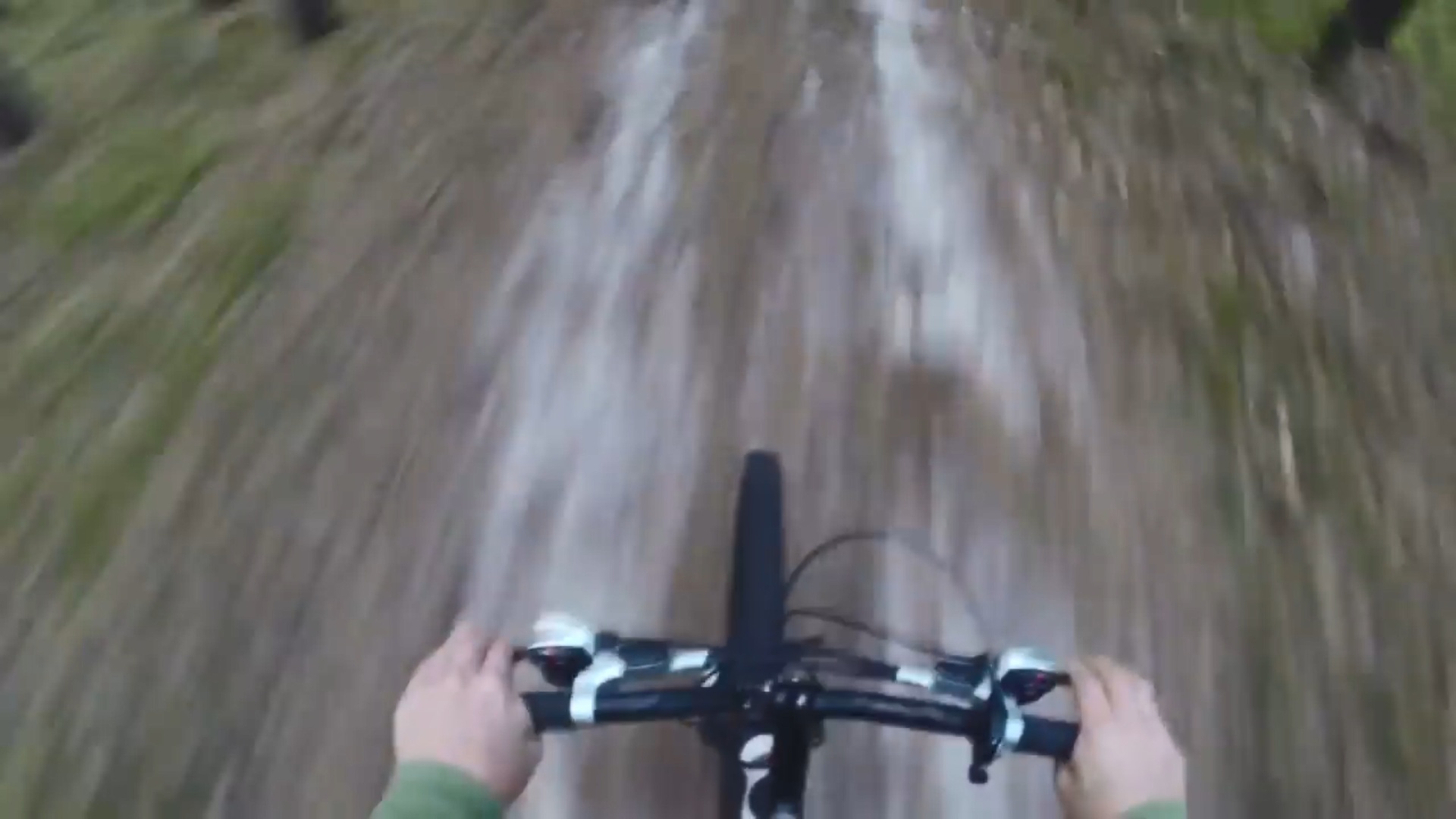 Unfortunately, a branch blocks his path and he has no other options but to hop off his bicycle and to flee without it 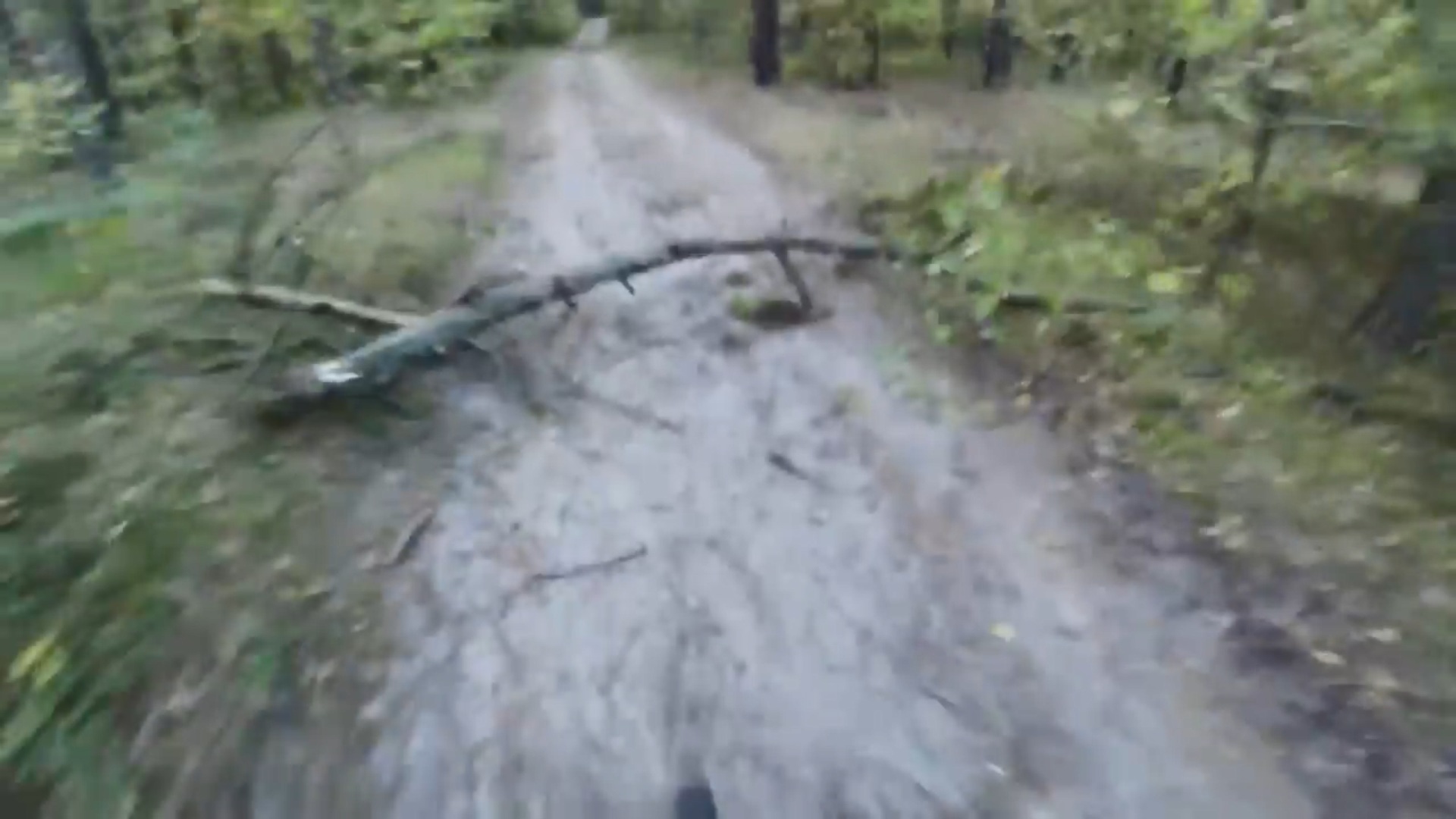 The video has since gone viral with over 19.9 million views but not many people are convinced that the incident has really taken a place in a forest. 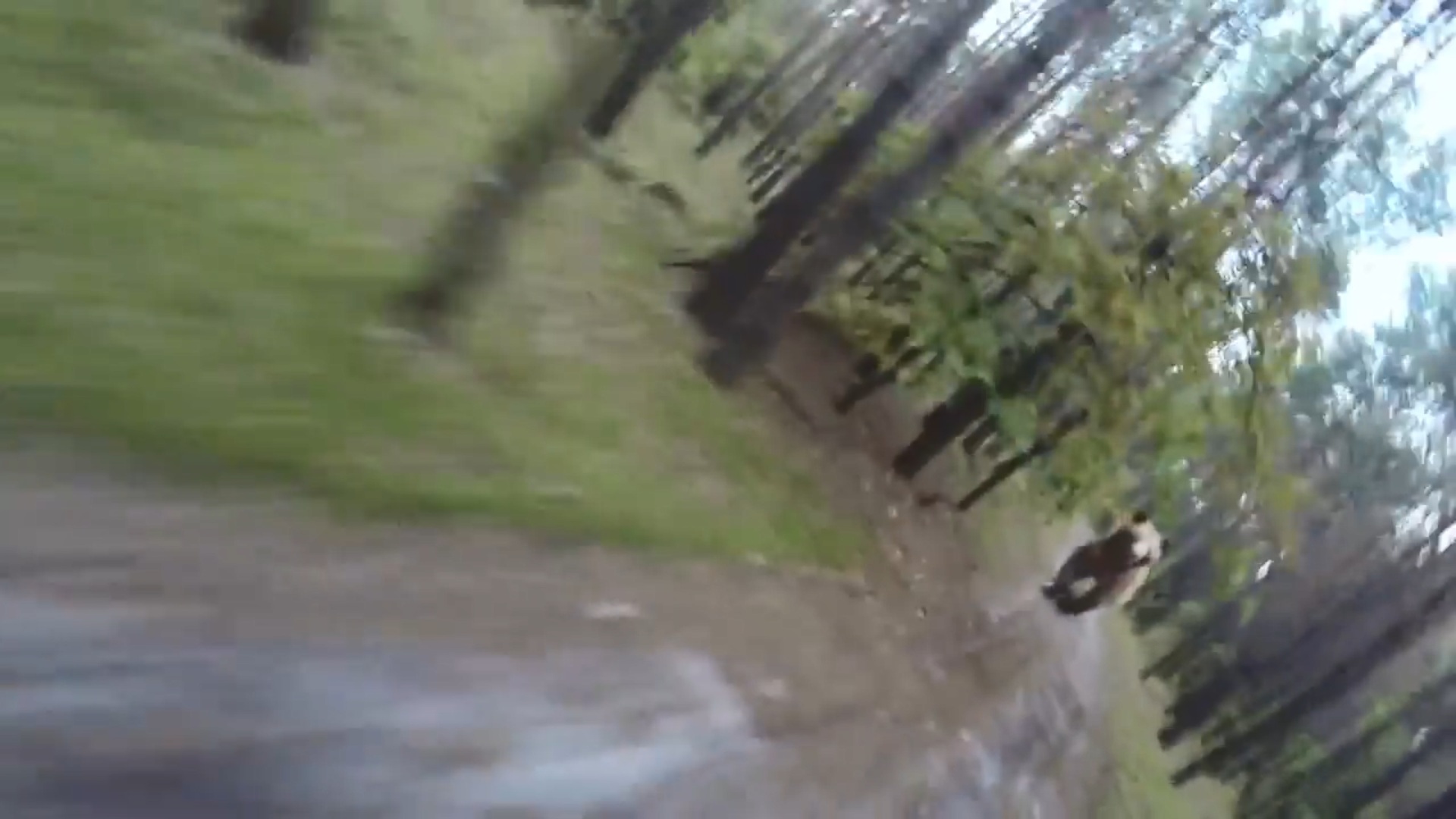 Furthermore, the fact that the man managed to escape the running bear is quite implausible. Bears can run up to 40 miles per hour, easily defeating the fastest Olympian on Earth!