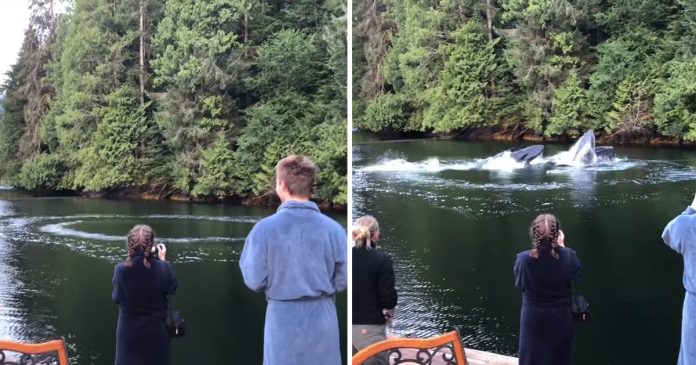 Whales are a true testament to the countless wonders of the animal kingdom, considering how massive these creatures can grow to be. The blue whale is in fact, known to be the largest creature to inhabit earth as far as we know. Despite the enormous size of these marine mammals, they are generally considered to be gentle giants as most of their species’ are arguably very peaceful beings.

Many people have marked down in their bucket lists to see a whale at least once in their life. The more daring individuals have resolved to swim alongside these majestic creatures in order to fully experience their grandeur. People will usually go out of their way in order to get a chance at catching a glimpse of whales, but that wasn’t the case for this lucky group of tourists.

A once-in-a-lifetime occurrence happened for a fortunate group of tourists staying at the Great Bear Lodge in Port Hardy recently. The group rushed out onto the docks in the wee hours of the morning and they were greeted with not one, but two humpback whales only mere meters away from them.

The whales were a mere stone’s throw away from the docks and needless to say, nobody minded being woken up for such a spectacular and rare sight 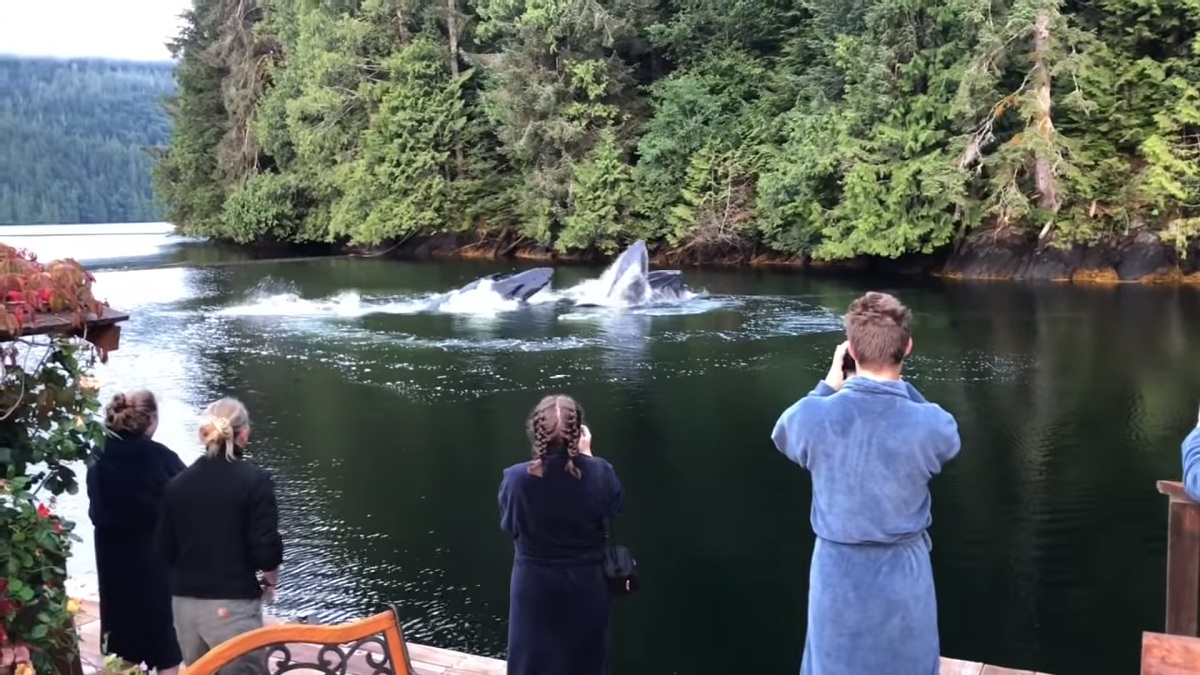 What was even more interesting was that these whales were displaying a type of feeding method that was extremely complex called, bubble netting. Essentially, this technique requires the whales to ensnare and disorient their prey by blowing circular bubble “nets” with their blowholes to the surface of the water. The fascinating thing about this technique is that it is not instinctual because the whales have to learn to blow rings with their blowholes and not all of them are successful in learning the technique.

Marg Leehan, who is the co-owner of the lodge explains how bubble netting works saying “One of them will swim in a circle around fish, and as it’s doing it, it will release air from its blowhole, and basically create a net of bubbles. Then the fish get more and more concentrated … so (the whales) will get a lot more of them in each mouthful.” 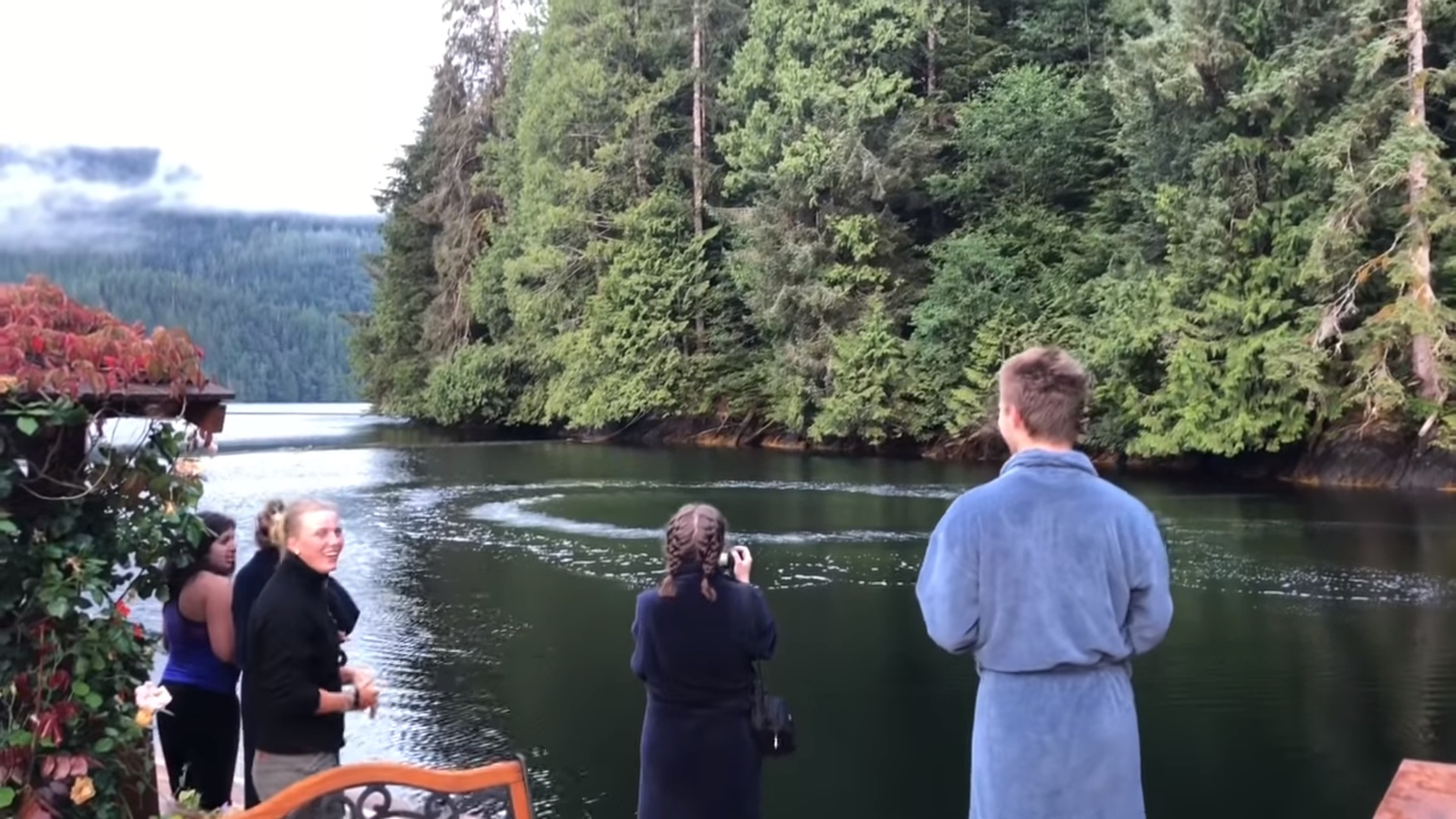 This will surely be one of those experiences that would be hard to forget! Watch their excitement and awe below:

What an amazing morning – humpbacks came for breakfast! We’ve never seen them this close to the lodge before, and so fantastic to see them bubble netting. Nearly as good as the whales was the reaction of our guide, @Marlosha, who was pretty excited! The guests didn’t mind being woken up for this. #ExploreBC #ExploreCanada #WhalesAreFun (Video copyright belongs to Great Best Lodge, at [email protected]).