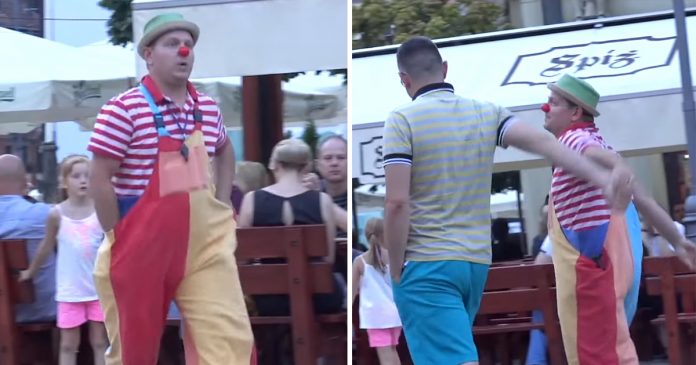 With his striped shirt, green hat and a cute red nose, this clown has become the darling of the local community in Poland for his never-ending hilarious antics.

The popular clown known as Pepe can be seen strolling around in the streets somewhere in the city center where the locals can be seen enjoying a glass of beer and tourists passing through as they make their way to their destination.

Equipped with simple props like a big hair comb, spray, and a whistle, Pepe never fails to amuse the crowd who are eager to watch his comedic behavior as he brightens up the mood 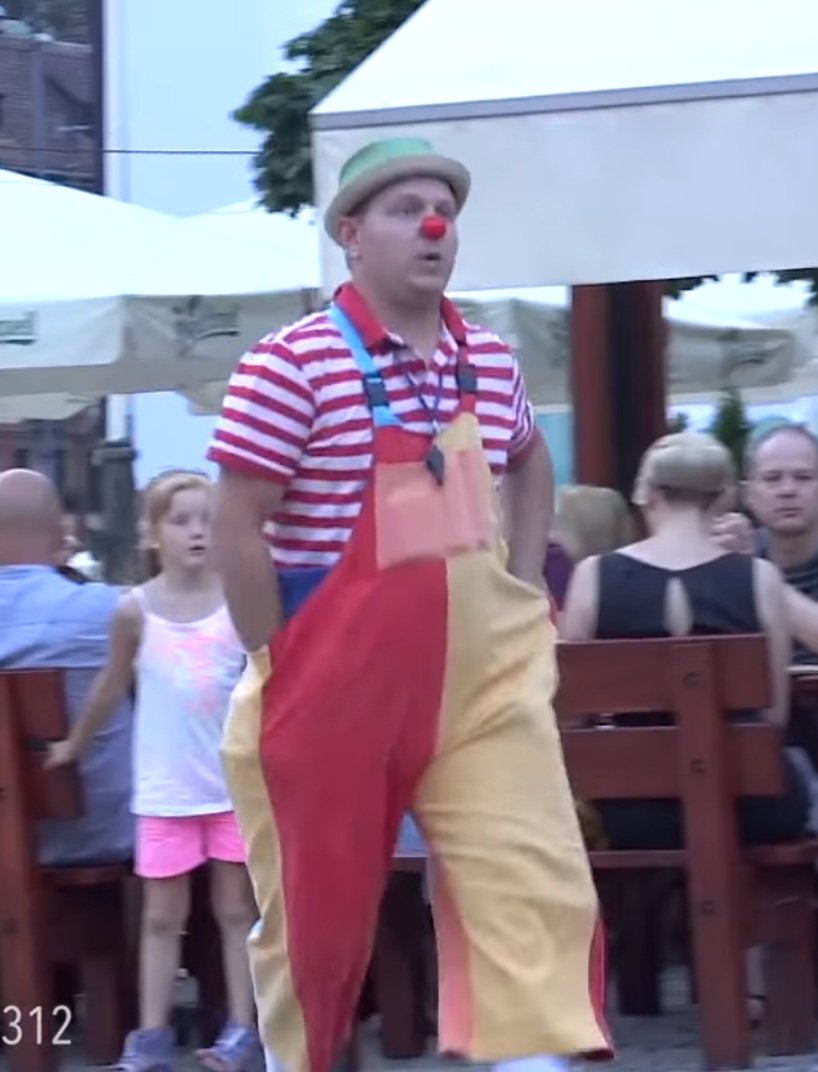 In the video, Pepe the clown spots a man walking alone but he knows better to never let a person passes him by without bursting into a laughter.

So, what he does next is really simple—he holds the man’s hand and swings their hands together like happy kids who just found a nickel on the road 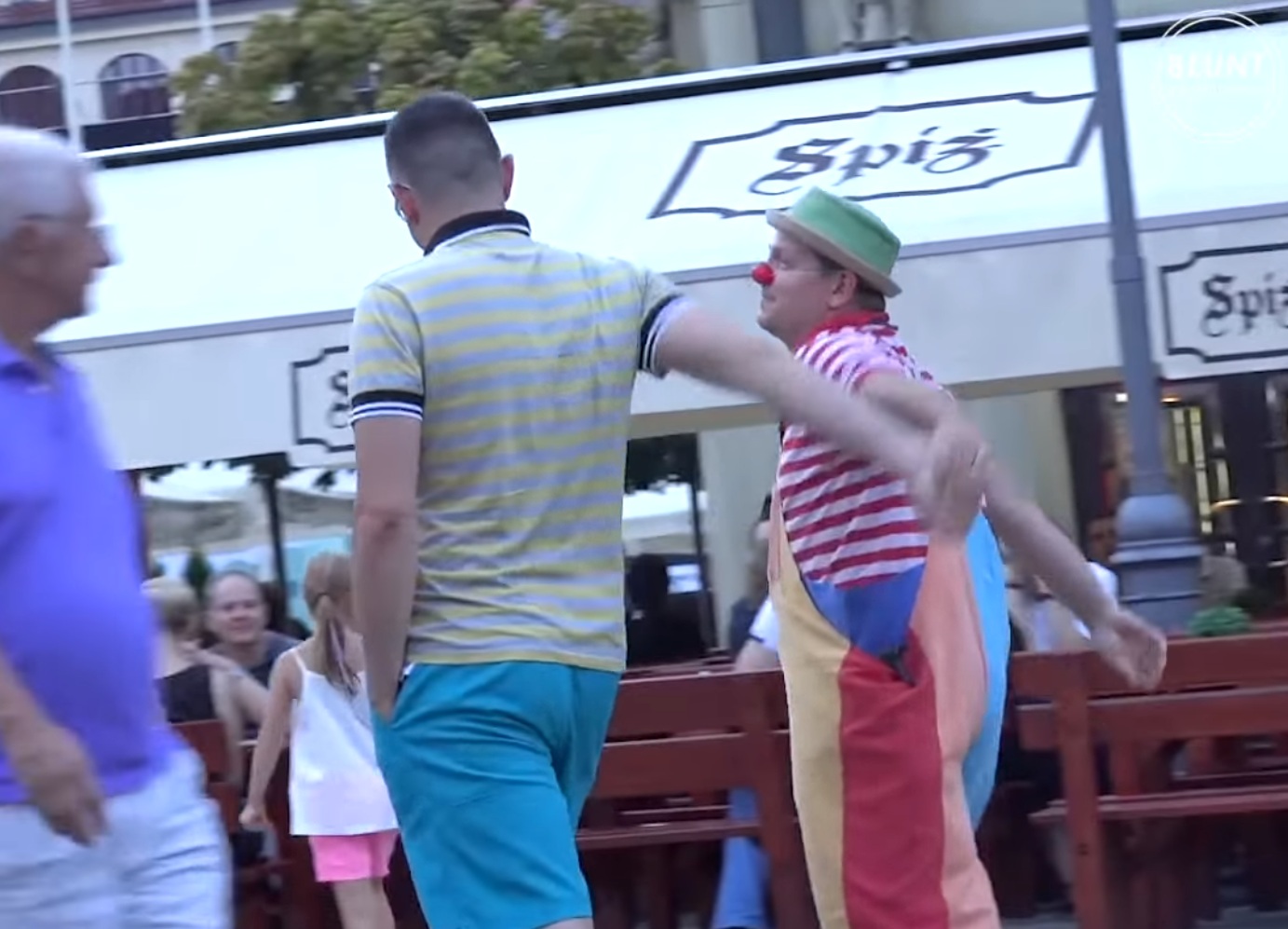 As expected, the man really appreciates Pepe’s humor that the duo walks together in a pair for quite a while!

Nevertheless, as much as he loves having some fun, Pepe knows it is better safe than sorry!

In one scene, Pepe can be seen stopping a cyclist from passing the area as he demands the man to stop with his whistle 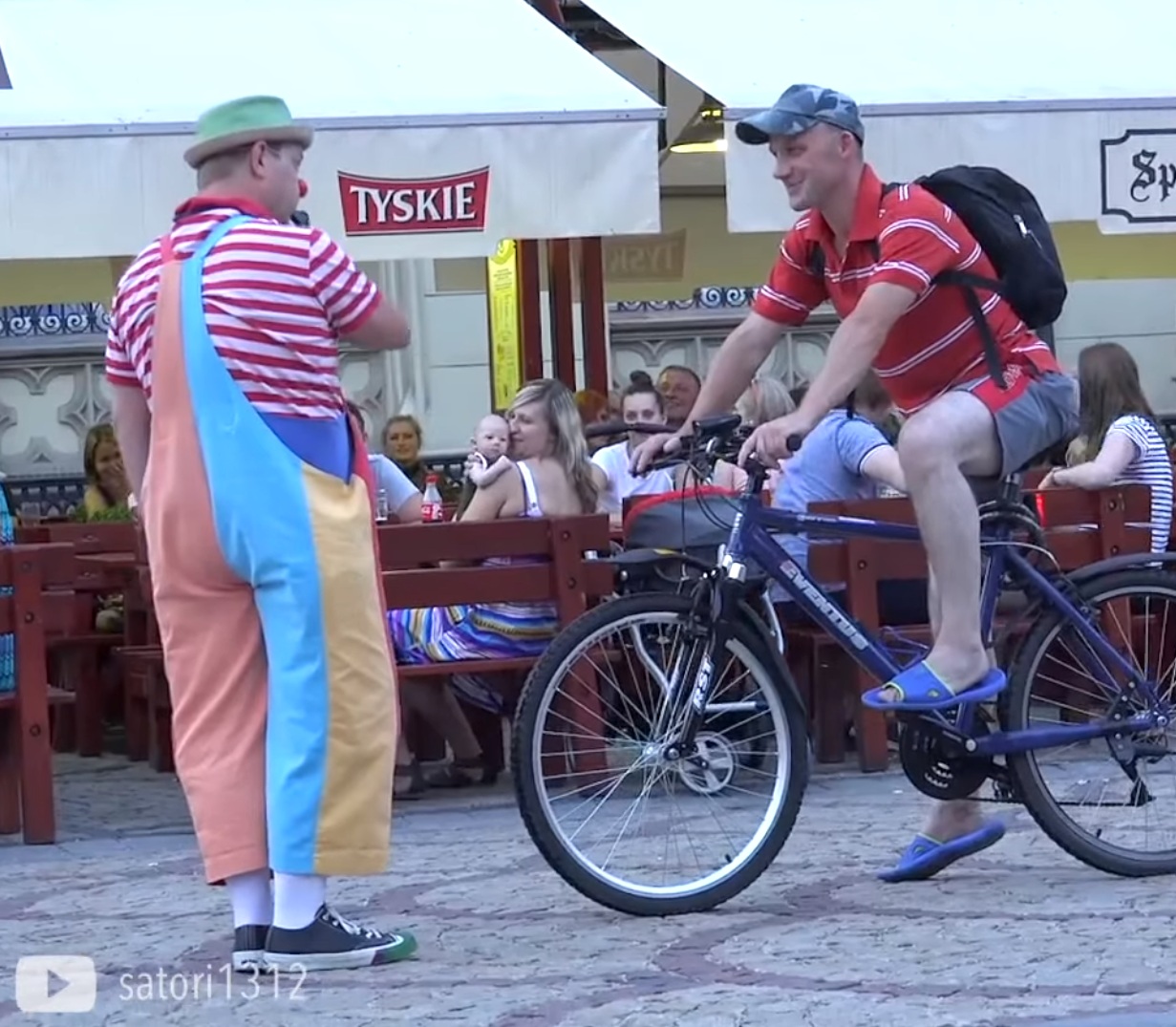 The man looks quite confused as he does not know why Pepe does not let him pass through until Pepe blows his orange balloon and makes a shape that resembles a helmet! 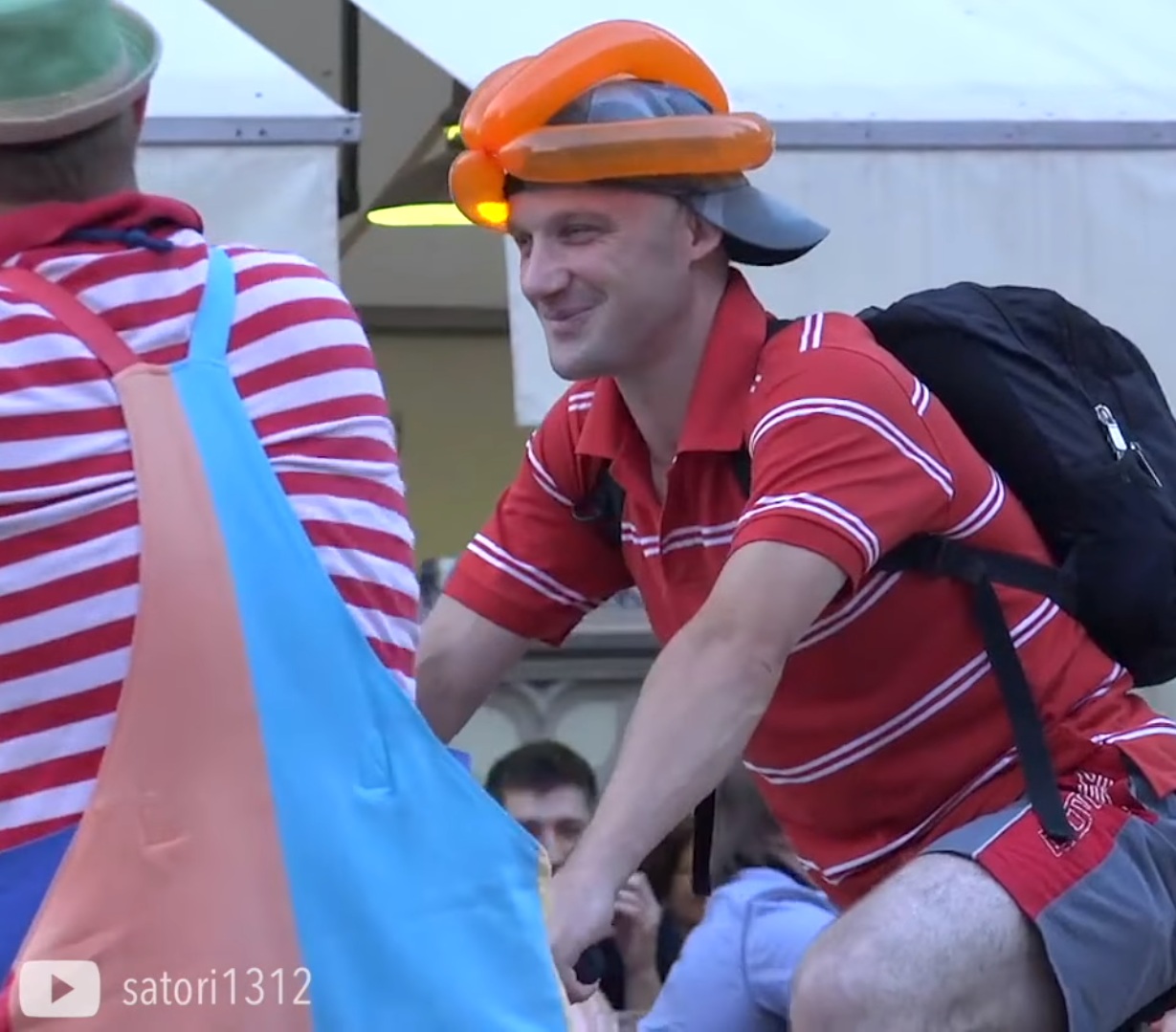 Pepe then puts the balloon helmet onto the man’s head and it is only then that he allows the man to continue riding his bicycle. The hilarious yet heartwarming scene has attracted a round of applause from the crowd who is watching the two.

One user on YouTube wrote: “It’s very nice. Spreading smile.” while another user wrote, “This actually made my day.”

Spot the subtle differences and find out the true nature of...

What you see at first glance can reveal your personality—Try it...