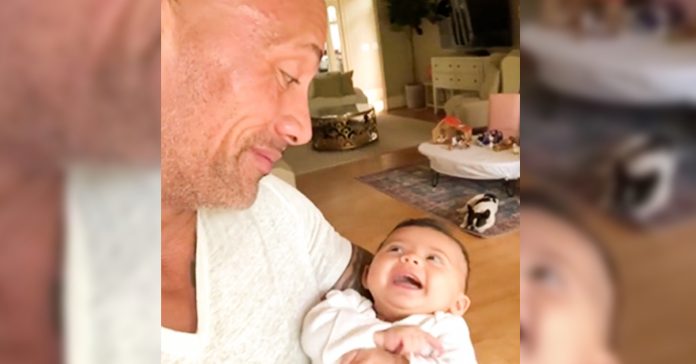 Dwayne Johnson or better known as “The Rock” may be a Hollywood megastar with an incredibly tough physique and a number of popular action movies under his belt but he is also a doting father.

Recently, he and his partner, Lauren Hashian welcomed a beautiful baby girl, Tiana, into their family in April.

The wrestler-turned-actor already have two children, Jasmine, 3, that he shares with his Hashian and Simone, 17, from his previous relationship. 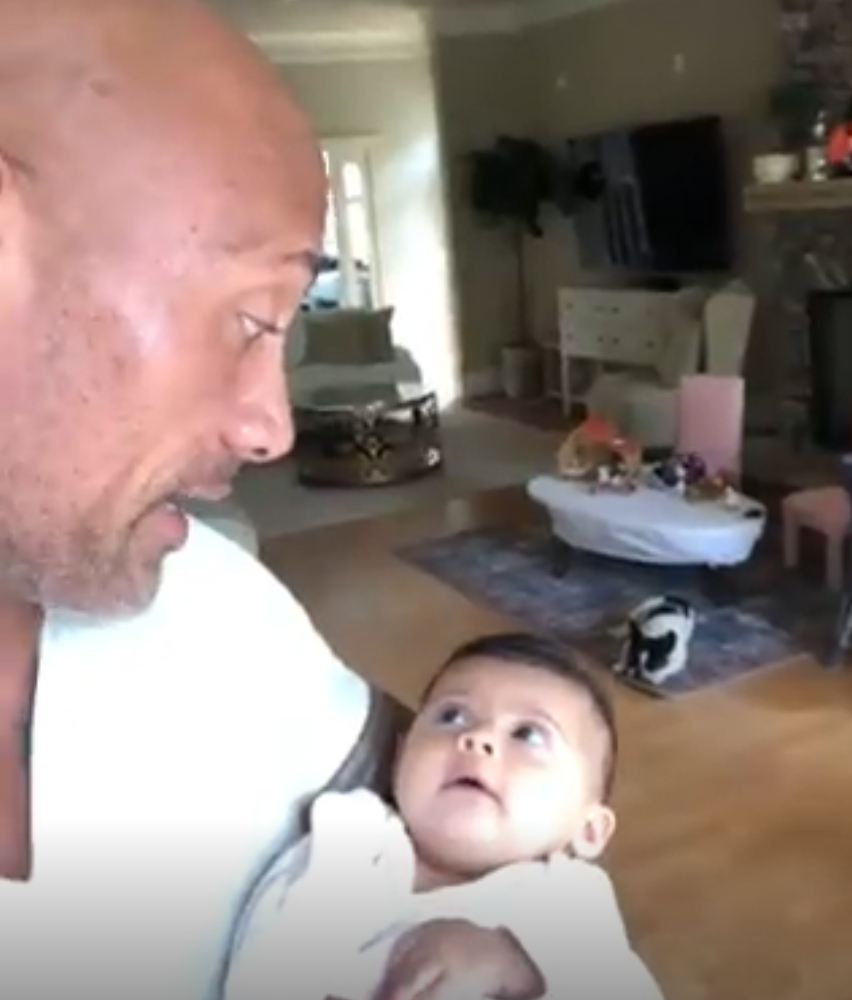 The clip shows him cradling baby Tiana in his buff arm while asking the little girl a series of quirky questions about “the coolest daddy in the world.”

In the video, the actor can be seen gazing lovingly at his baby daughter and soothing her with his deep voice 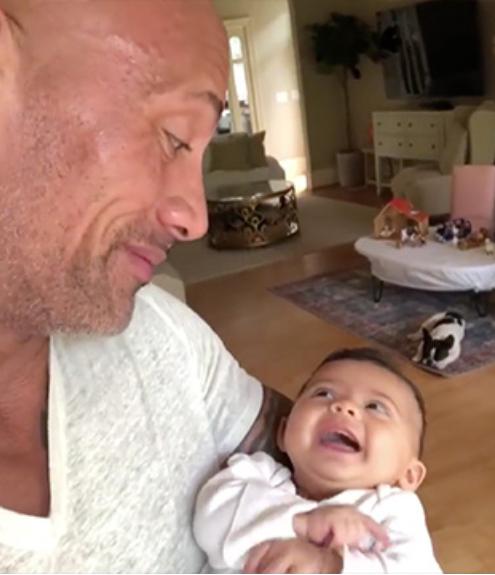 He jokingly asks baby Tiana, “You have the sexiest daddy in the world?” and takes Tiana’s little cooing “oohs” and “aahs” as her replies 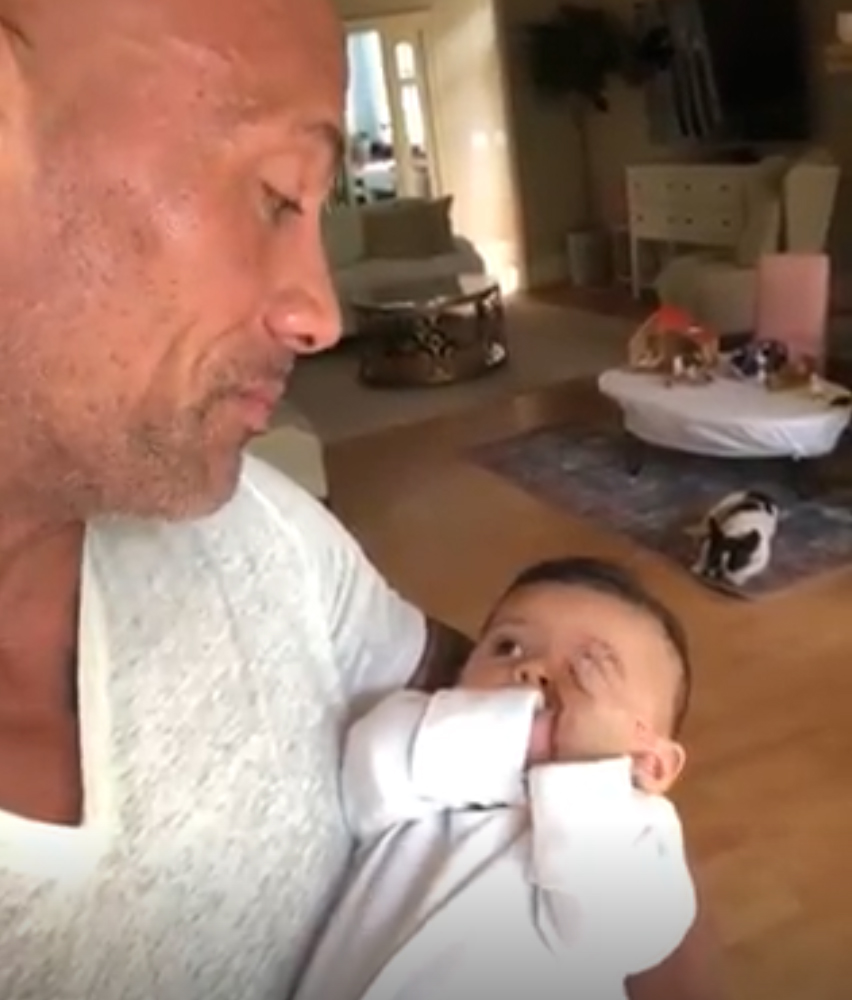