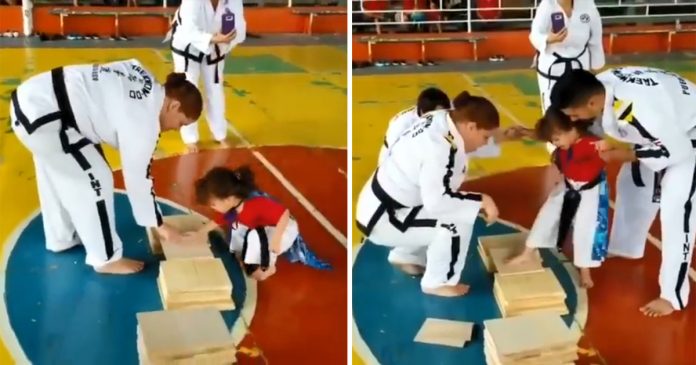 It is best to start as early as possible when it comes to learning new things as young children have an impressive ability to acquire new knowledge and skills.

However easy it may sound, these little kids might need a little bit more practices before they could master learning the new skills just like this little girl who makes everyone laugh with her cute reactions when learning Taekwondo.

This little girl dressed adorably in her white Taekwondo uniform along with a blue cape that she ties around her neck, the girl then proceeds to stand before her coach when it comes to her turn to kick the wooden plank as part of the lesson.

When the lesson begins, the coach extends her foot to the plank, giving a gesture to the little girl to stomp her tiny foot on the wooden plank to break it.

The girl then continues to make an attempt to break the plank but unfortunately, she is not successful 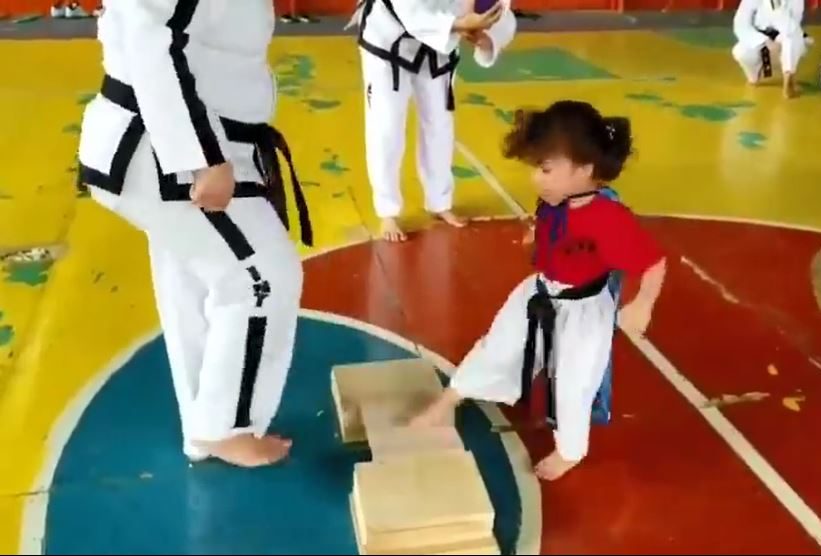 Seeing the girl’s failed first attempt, the coach then patiently tells the girl to stomp her foot harder by demonstrating it how she should do it on the floor

Unfortunately, the girl misunderstood the coach’s instruction and proceeds to stomp her foot on the floor instead of the plank! 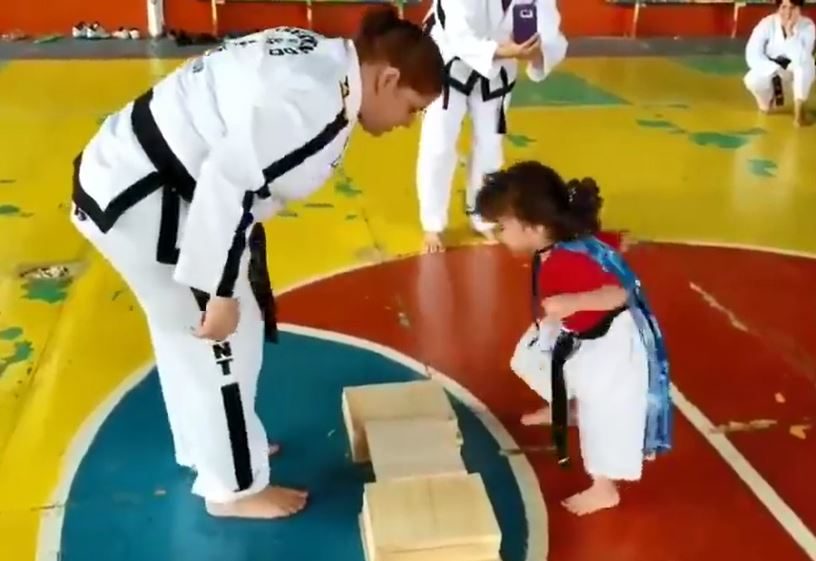 When the coach realises that the girl misunderstood her, she later proceeds to do the demonstration on the actual plank. Slowly, she lifts her foot and makes a gentle kick on the plank 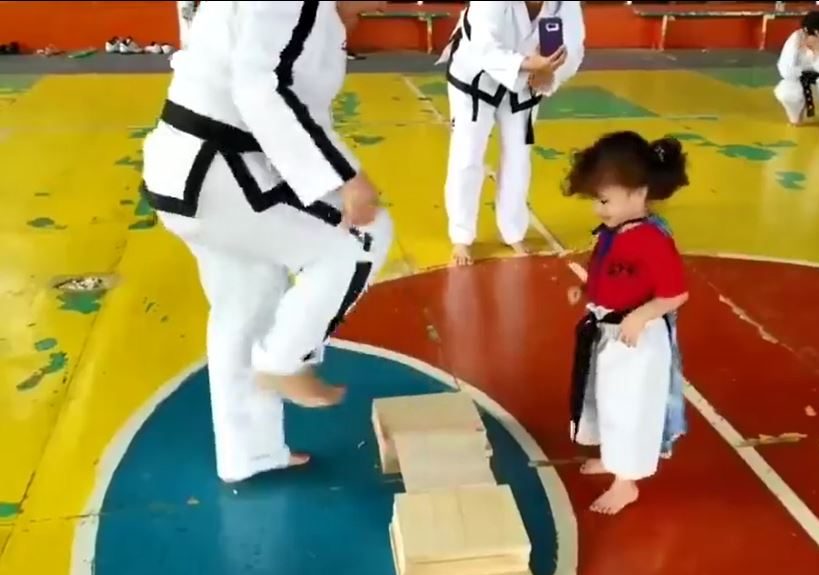 The girl then continues to stomp the floor, leaving the coach and everyone else in the hall stunned with her cute misunderstanding! 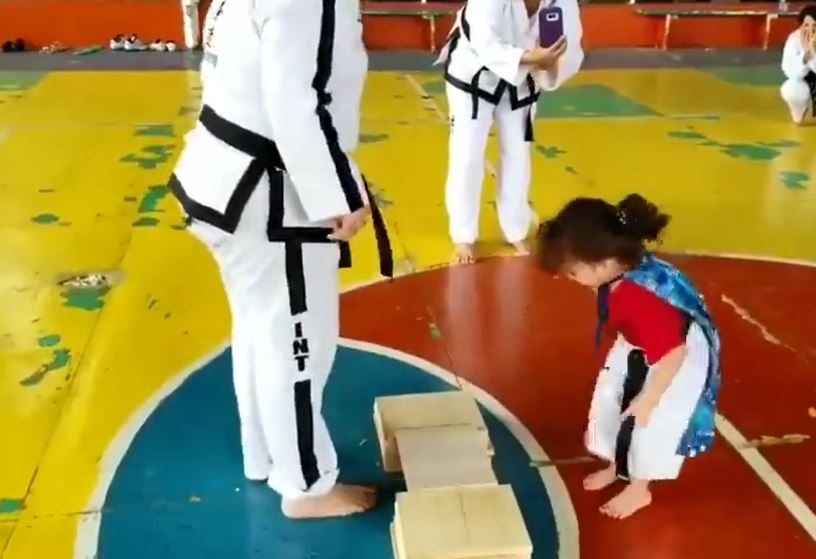 Nevertheless, the patient coach does not give up! This time, she points her finger toward the plank, telling the girl that her target is the plank instead of the floor.

However, the little girl once again misunderstands and points her finger to the plank as well! 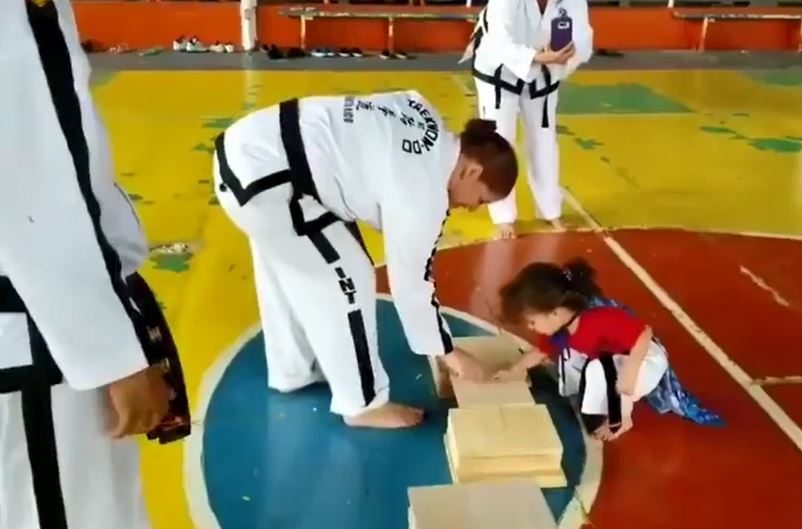 Does the little girl can finally learn how to break the plank and resume her Taekwondo lesson like her peers?

This newborn has a very unique and hilarious way to burp...