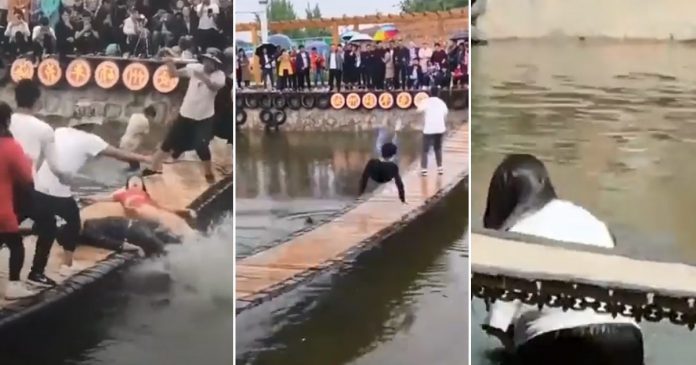 A new amusing and challenging game in central China which tests its players’ body coordination has just become viral on the internet.

The game which takes place at the tourist spot, Shuoping Flower Field in Ruzhou features a swinging bridge made of bamboo plates.

Visitors who love seeking adventurous games are invited to play in the game. 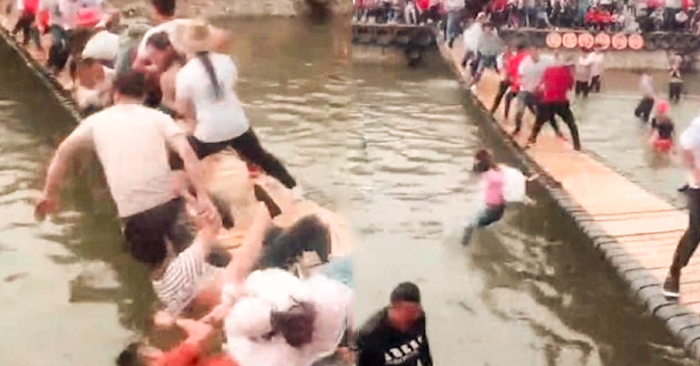 The fun challenge has shot to fame with millions in China shared their hilarious attempt at not getting thrown into the water. 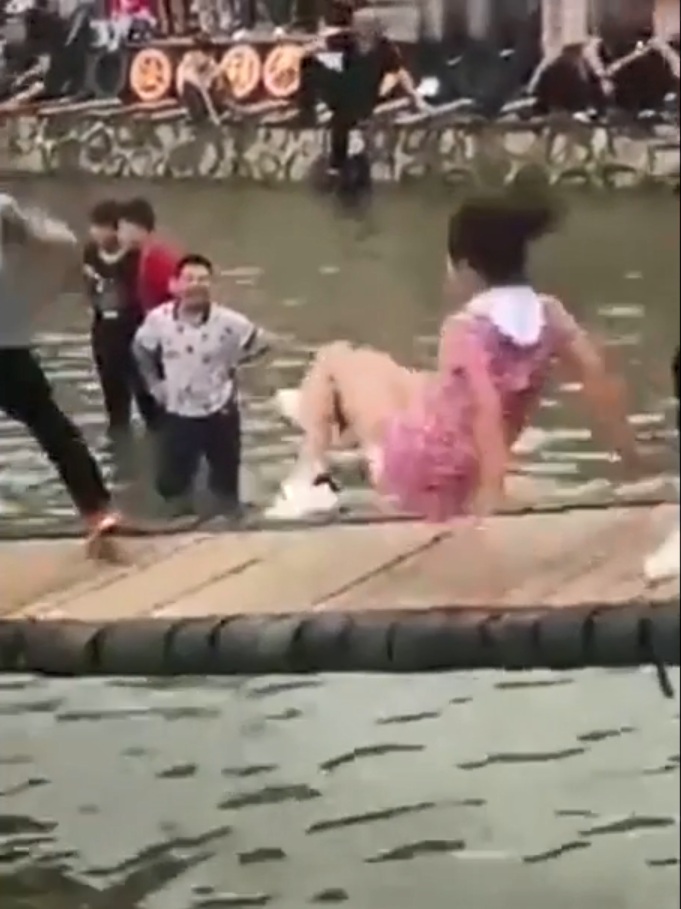 In videos shared by users online, some contestants can be seen clutching to edge of the bridge as their opponents sway the bamboo bridge from side to side to shake them off into the water. 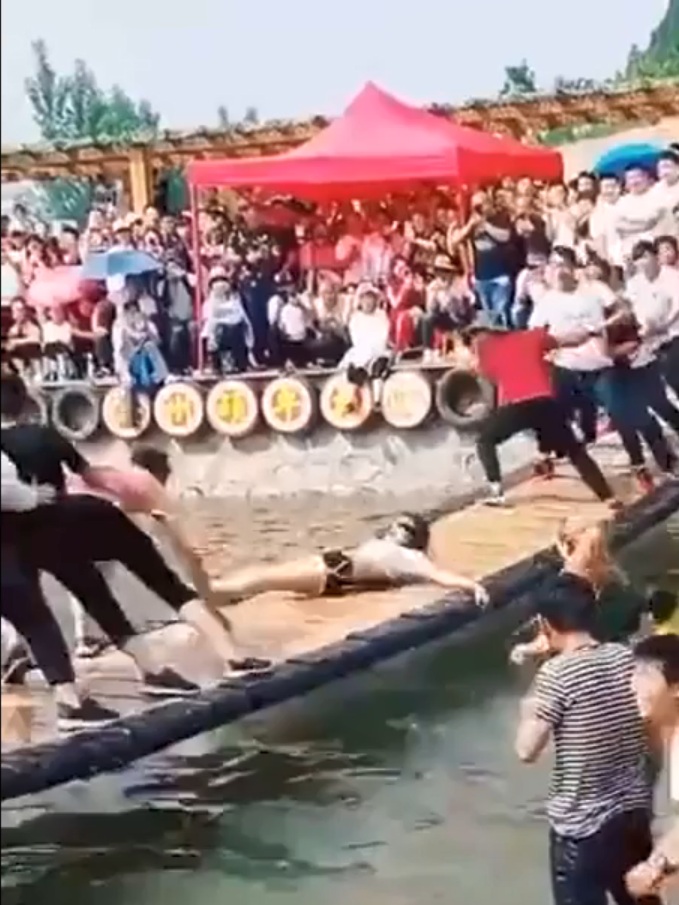 While in another footage, the contestants pound on the bridge competitively until some of them fall into the shallow water 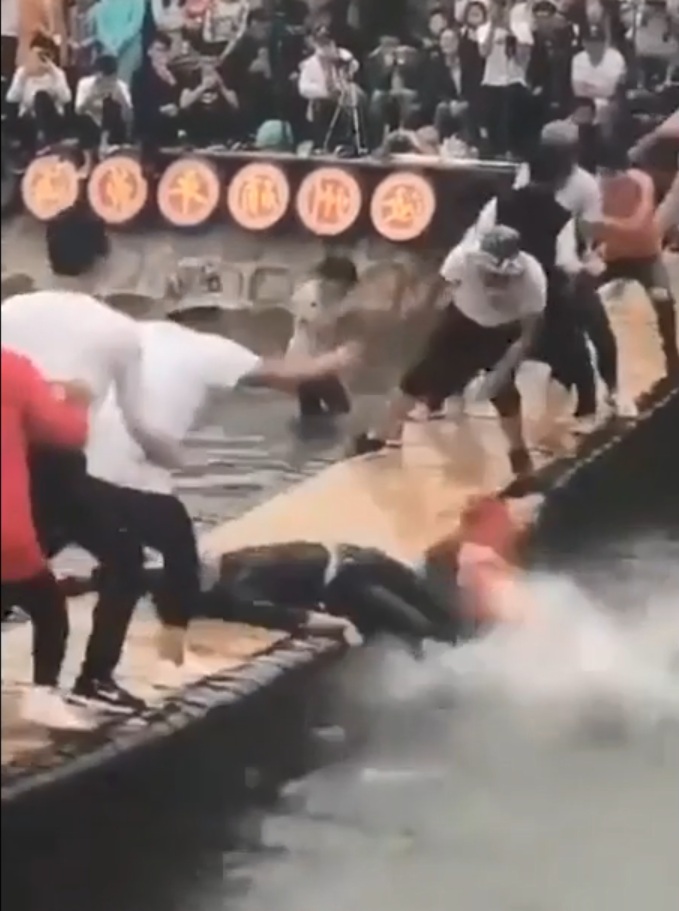 The hilarious challenge has since become a major attraction to the tourist spot which was first opened in October 2014 as many people flock to the spot to try out the challenge.

A mother of five realizes her toddler is missing until she...

Pepe the clown teases crowd in Poland with his funny acts—he...