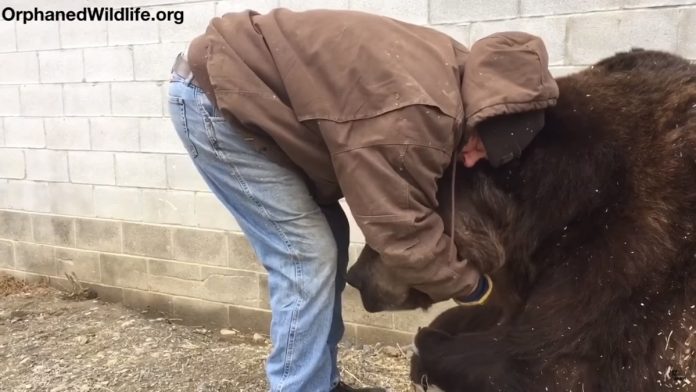 This 680-kilogram brown bear can easily defeat any humans but when it comes to having a rough day, it just likes anybody else who will appreciate a hug and a cuddle.

The huge brown bear who resides in the Orphaned Wildlife Center in Otisville, New York was having a rough day and sitting at the corner of his captivity to calm itself down.

It was at that moment the owner of the center noticed the distressed-looking brown bear and decided to pet him and give him a sweet cuddle. 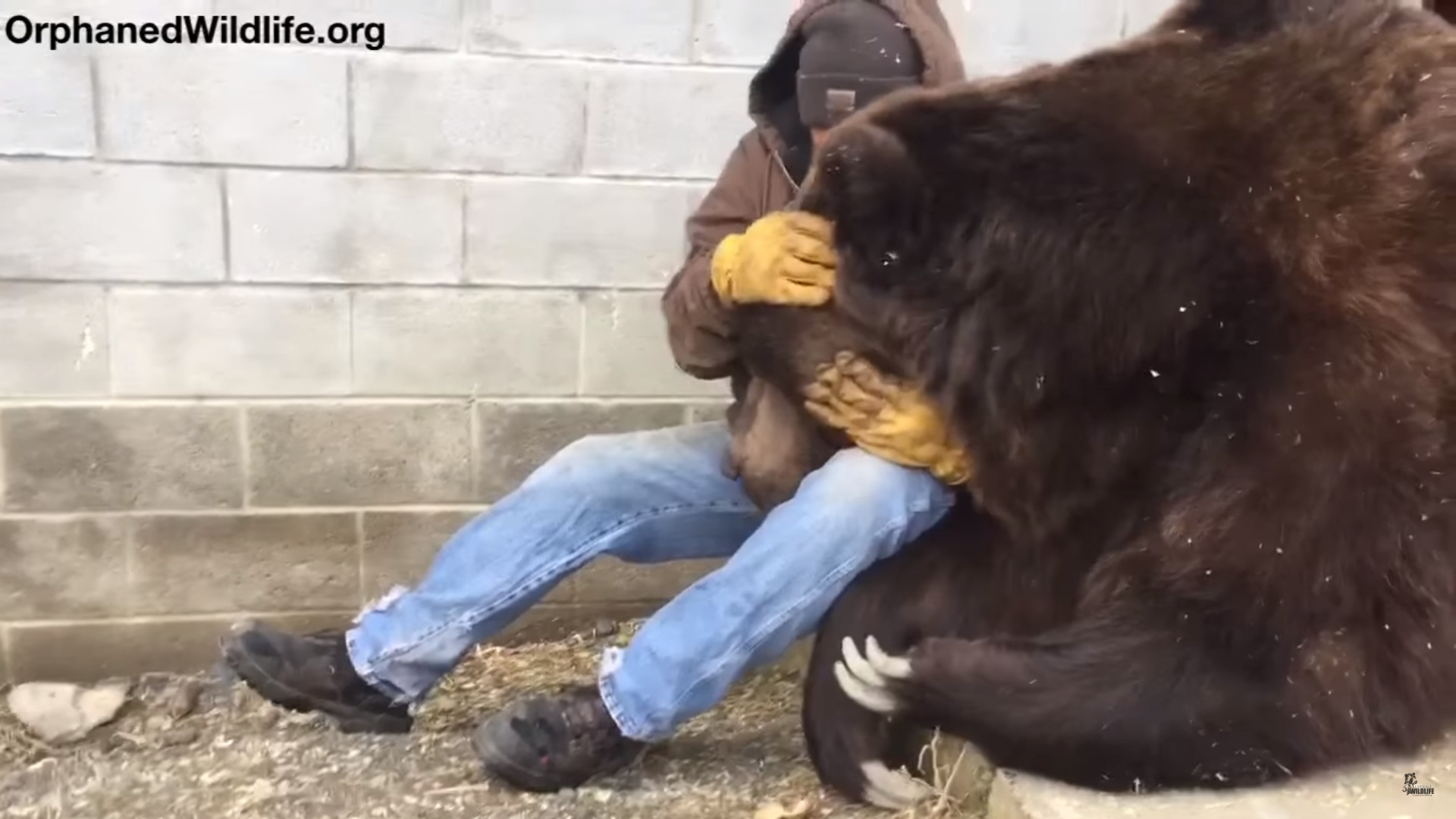 The 24-year-old bear was not feeling the best in February so Kowalczik knew that a little cuddle and a hug might be what the bear needed to cheer up its mood.

In the video, Kowalczik can be seen hugging the bear and wrapping his arms around its neck as he gently rocks to and fro 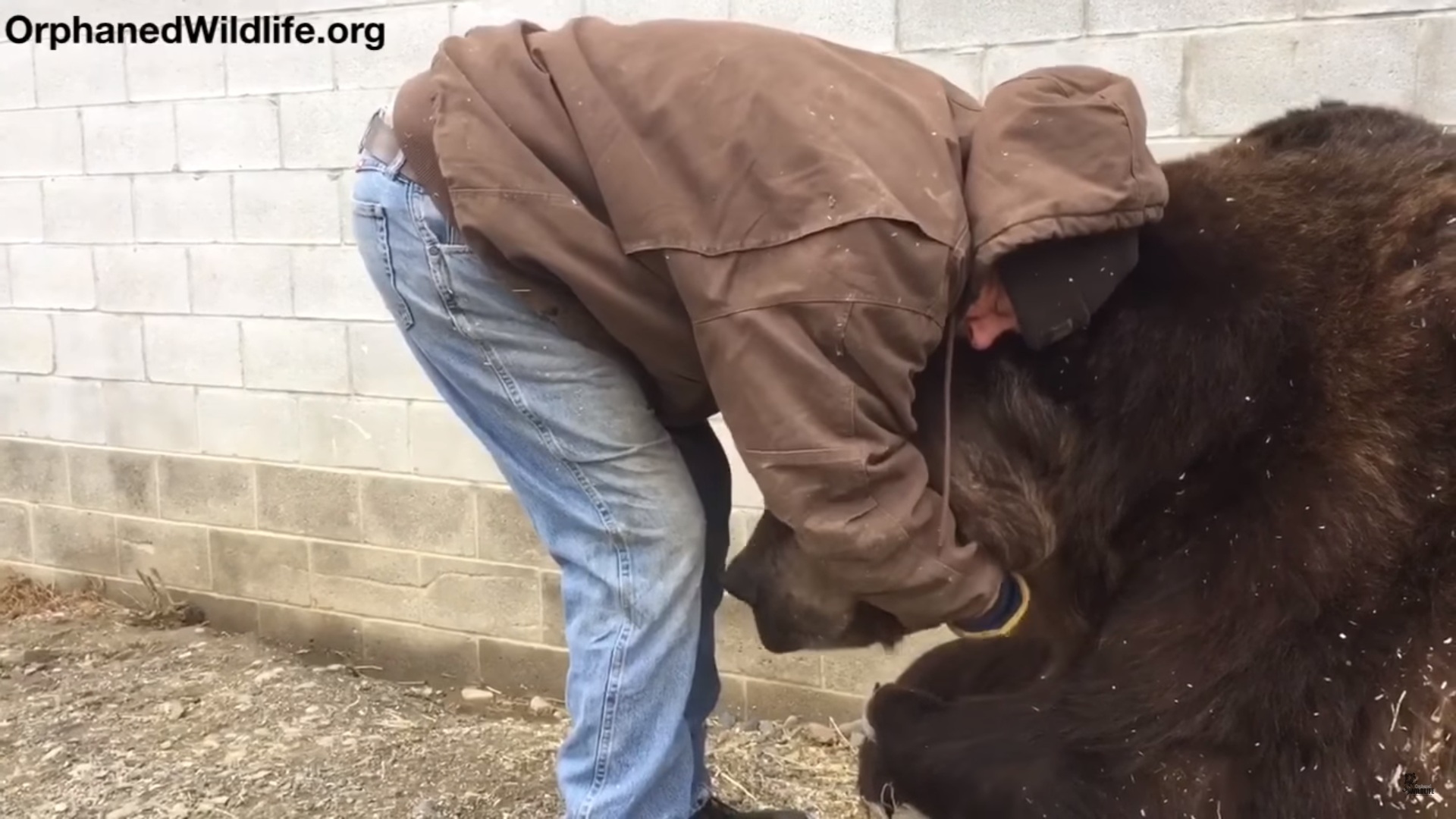 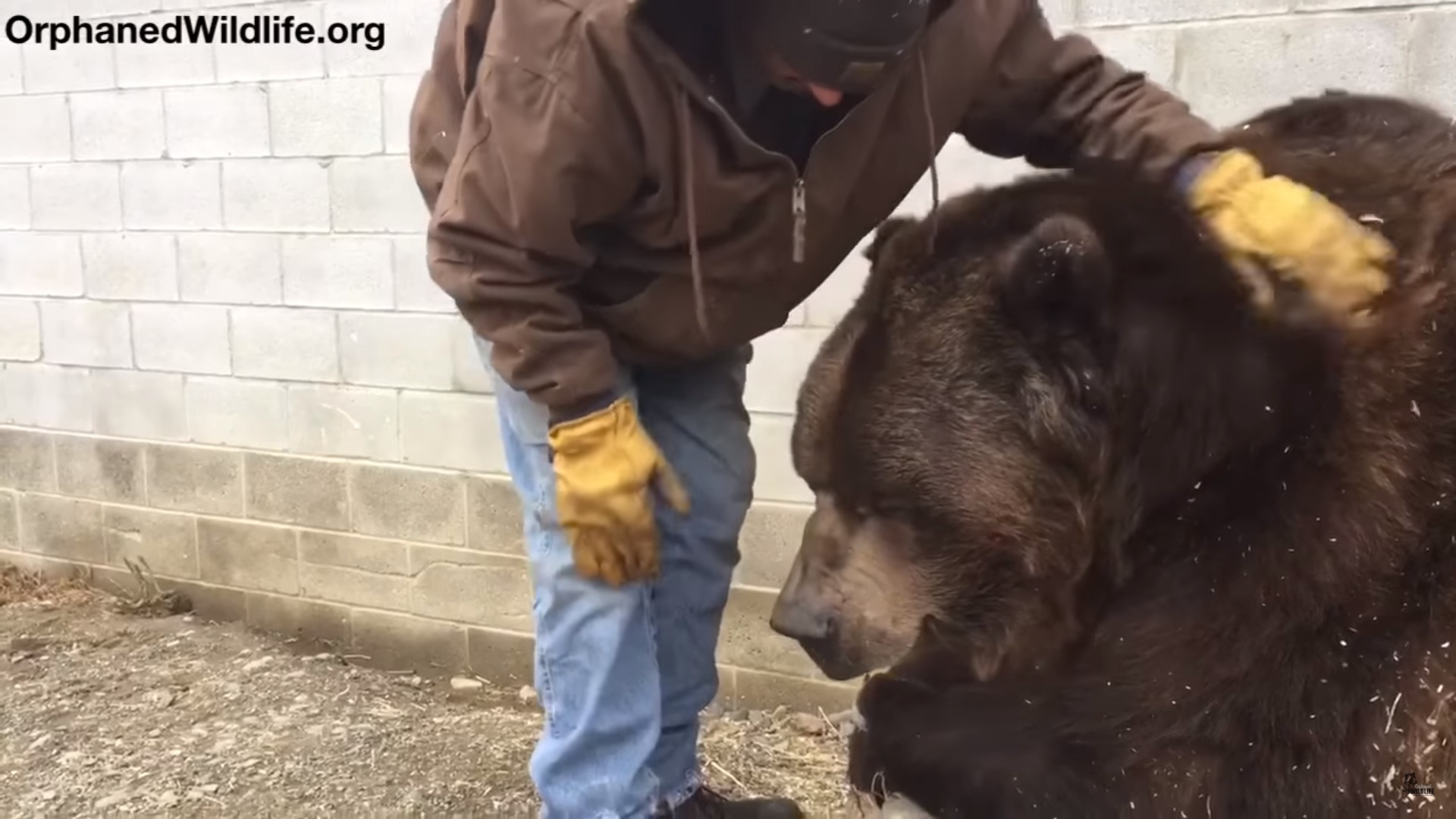 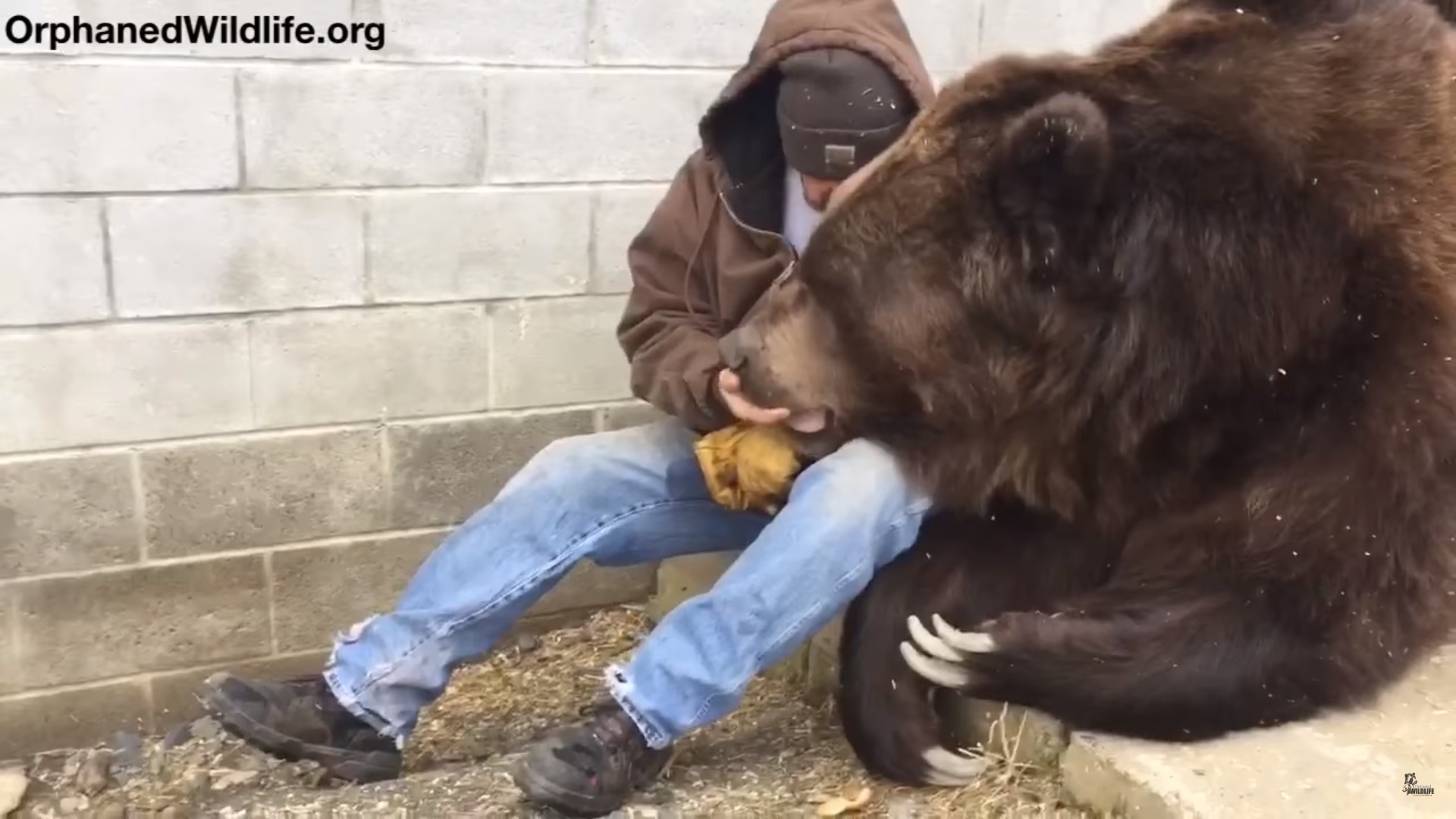 At almost 3 meters tall, the Kodiak bear is one of the biggest bears in the center. Jimbo was first brought to the center when it was found as an injured cub in the wild, completely alone without any other adult bears.

Even though its giant stature can easily intimidate anyone, the Kodiak bear is a gentle and calm giant throughout its stay at the rehabilitation center.

Here’s another video when Jimbo is playing with Kowalczik:

Hiker carried 55-pound injured dog on her shoulders while hiking down...