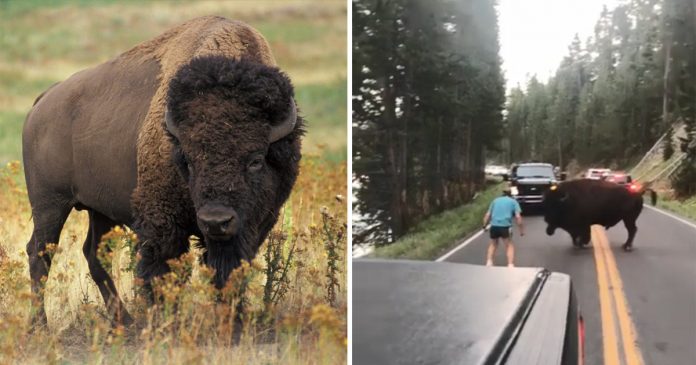 In a fight between wild animals and humans, it is seldom to hear that humans can defeat any deadly wild animals with their bare hands.

It is hard to imagine such a scene, let alone to catch it on film in real life but this man decided to risk everything and provoked a 750-kilogram bison.

The video of the man taunting a bison at Yellowstone National park has made headlines on major news site.

In the video, Raymond Reinke, 55, from Pendleton, Oregon is seen standing on the middle of a road in the national park, waving his arms at the bison and running around it in an attempt to provoke the wild animal 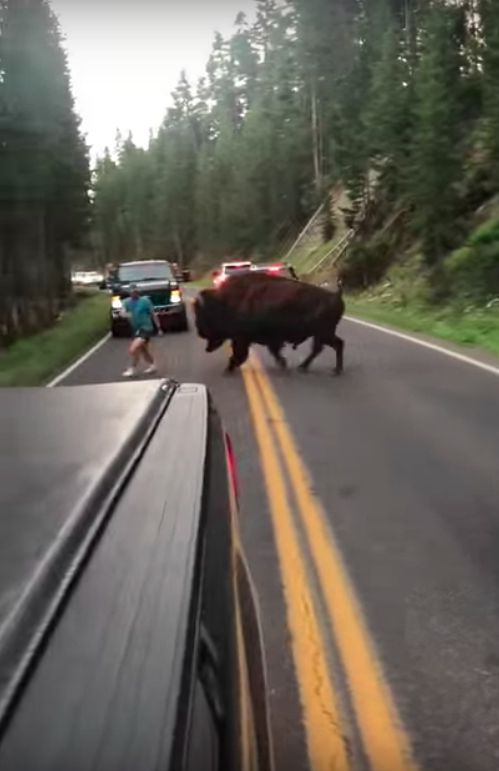 The bison is only a few meters away from the man.

After a moment of taunting the bison, the man appears to be briefly chased by the bison.

However, soon, the bison lose its interest and walks away 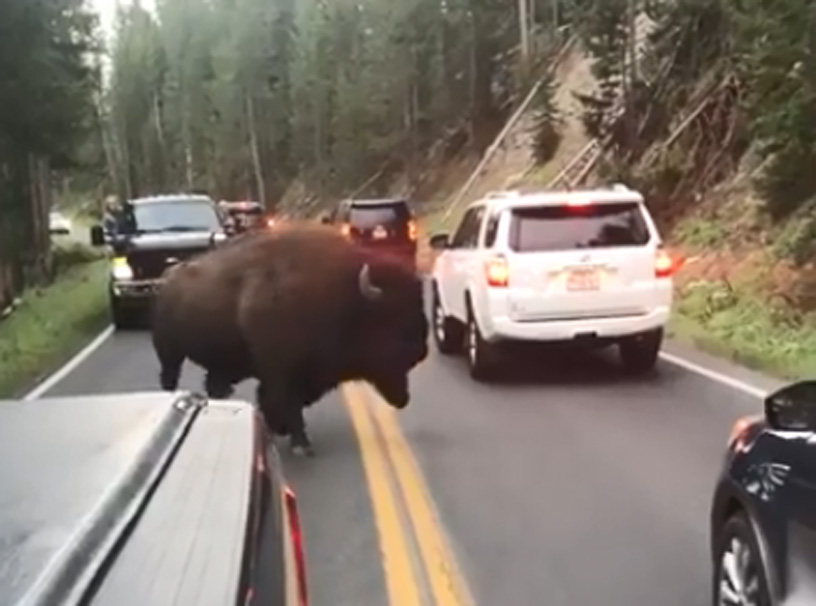 Reinke was left unhurt in the incident.

Lindsey Jones, the bystander who caught the incident on film said that she was driving with her family through Hayden Valley when the traffic became congested due to the bison.

She later realised that Reinke was taunting the bison. “We noticed behind us a man in socks and no shoes walking up the road towards the bison. He gestured to the animal to get off the road and then proceeded to challenge him,” Jones said.

“The bison went after him a couple of times and then carried on with what he was doing before he was bothered.” 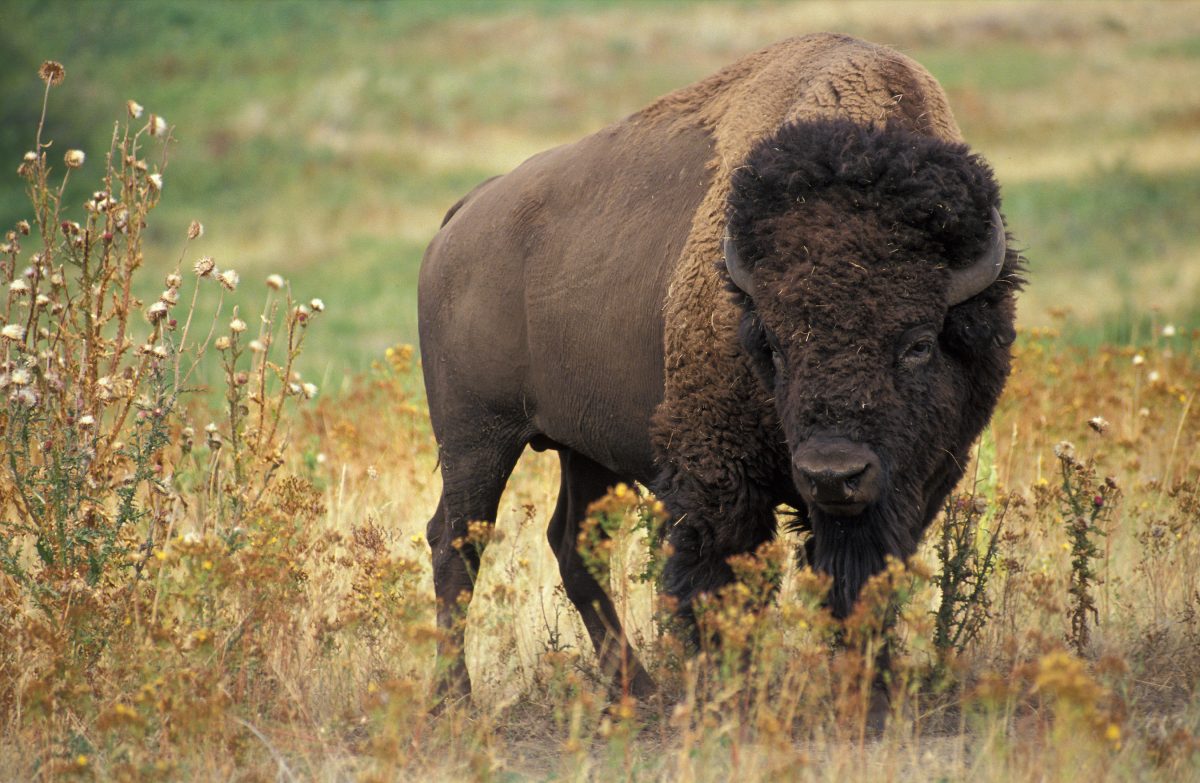 However, Reinke has obviously violated the rule. He has been arrested by the National park service and is currently facing multiple charges of harassing wildlife.

The viral video has also prompted the officials from the National park to issue a warning to the visitors. “The individual’s behavior in this video is reckless, dangerous and illegal,” a spokesman for the public affairs office of Yellowstone National Park told ABC News.

“We need people to be stewards of Yellowstone, and one way to do that is to keep your distance from wildlife.”

Watch the viral footage of the Oregon man taunting the bison here.

Meet the cutest 6-month-old puppy who became the newest member of...