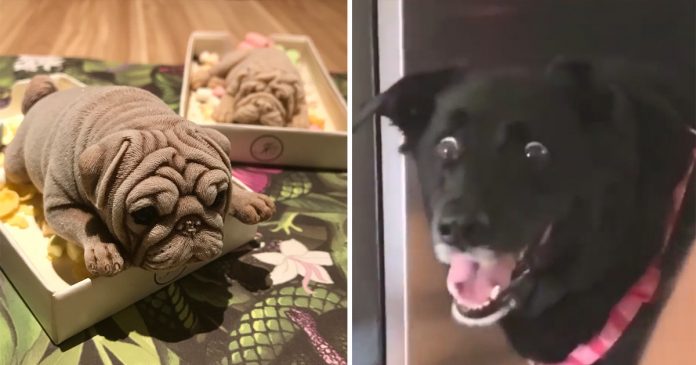 When humans love, we love to the next level. People tend to replicate and print their furry friends into pillows, shirts, mug and puppy-shaped cookie to remember their cuteness.

Therefore, it is merely a surprise when ice cream parlors bring up a new challenge: a cream doggie ice cream cake. The cake is moulded and shaped realistically into a dog for all pug-lovers. The doggie cake is so skillfully made that you can’t even tell which is real or fake. 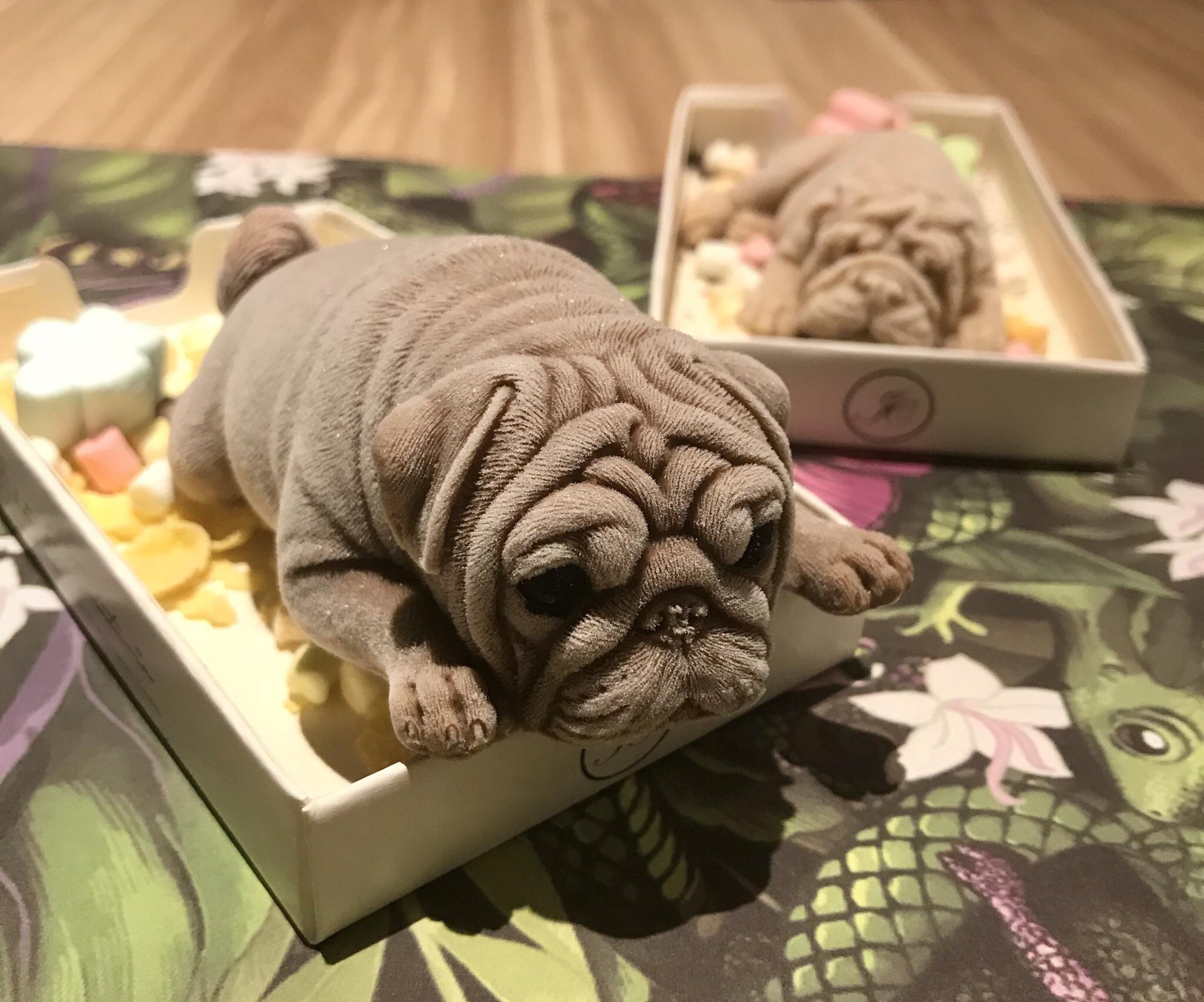 So funnily, it is only natural for the dog to be in shock when it saw its owner cutting the ice cream cake with a spoon!

At first, the pug seems to be lying still and peacefully. 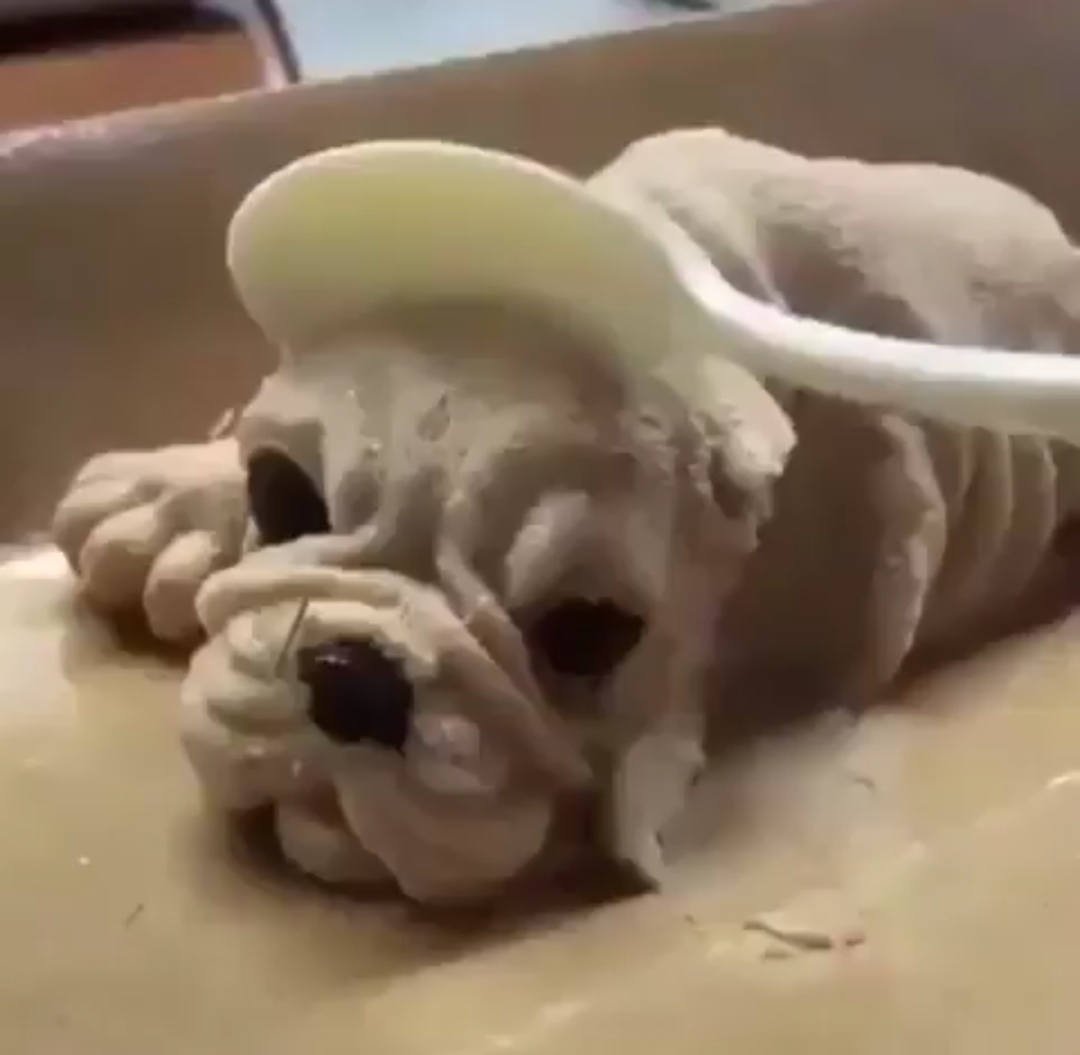 All hell breaks loose when a spoon just went through it. As it turns out, it is not a real dog but a cake served on a tray similar to a dog resting bed. 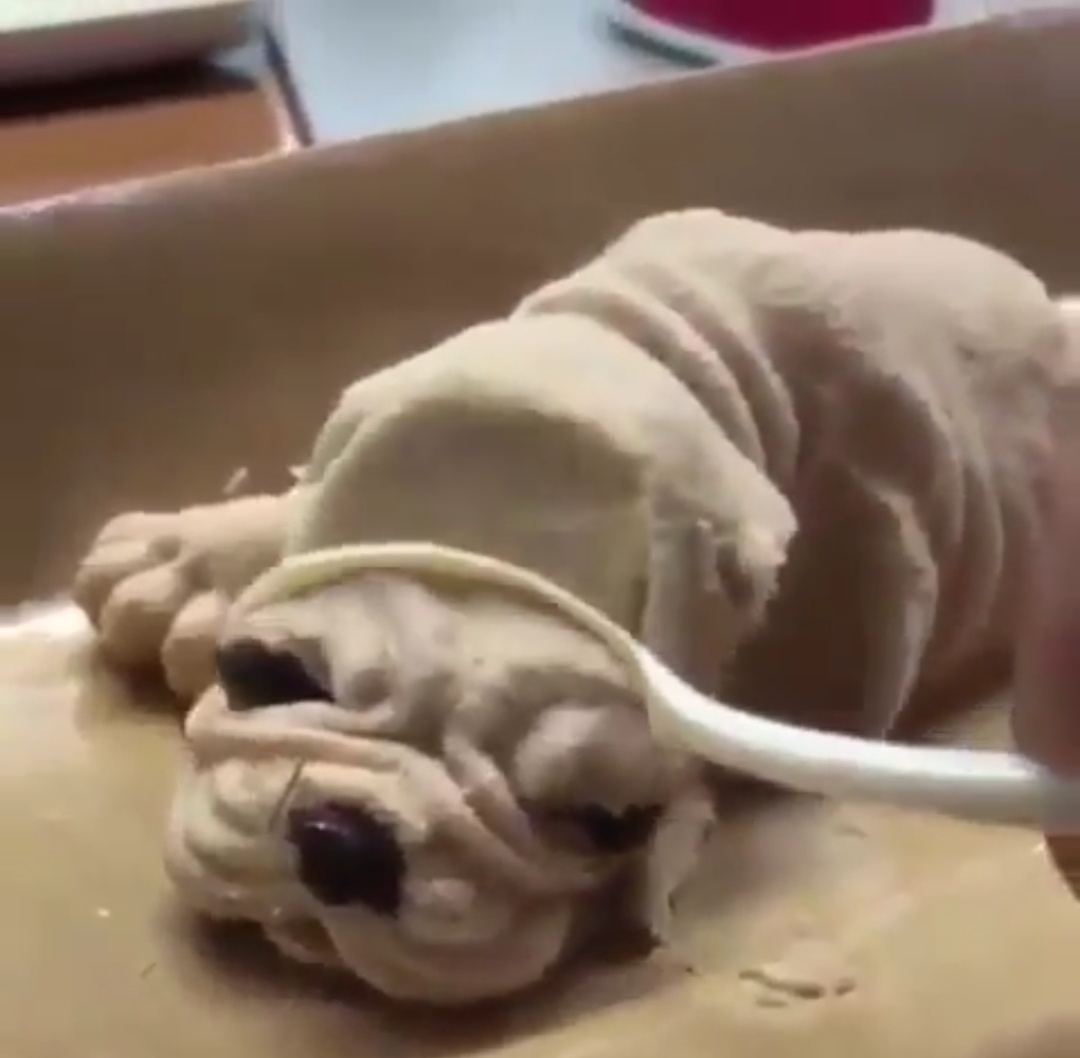 The realistic looking pug ice cream cake is all mushed up and scooped into the spoon. 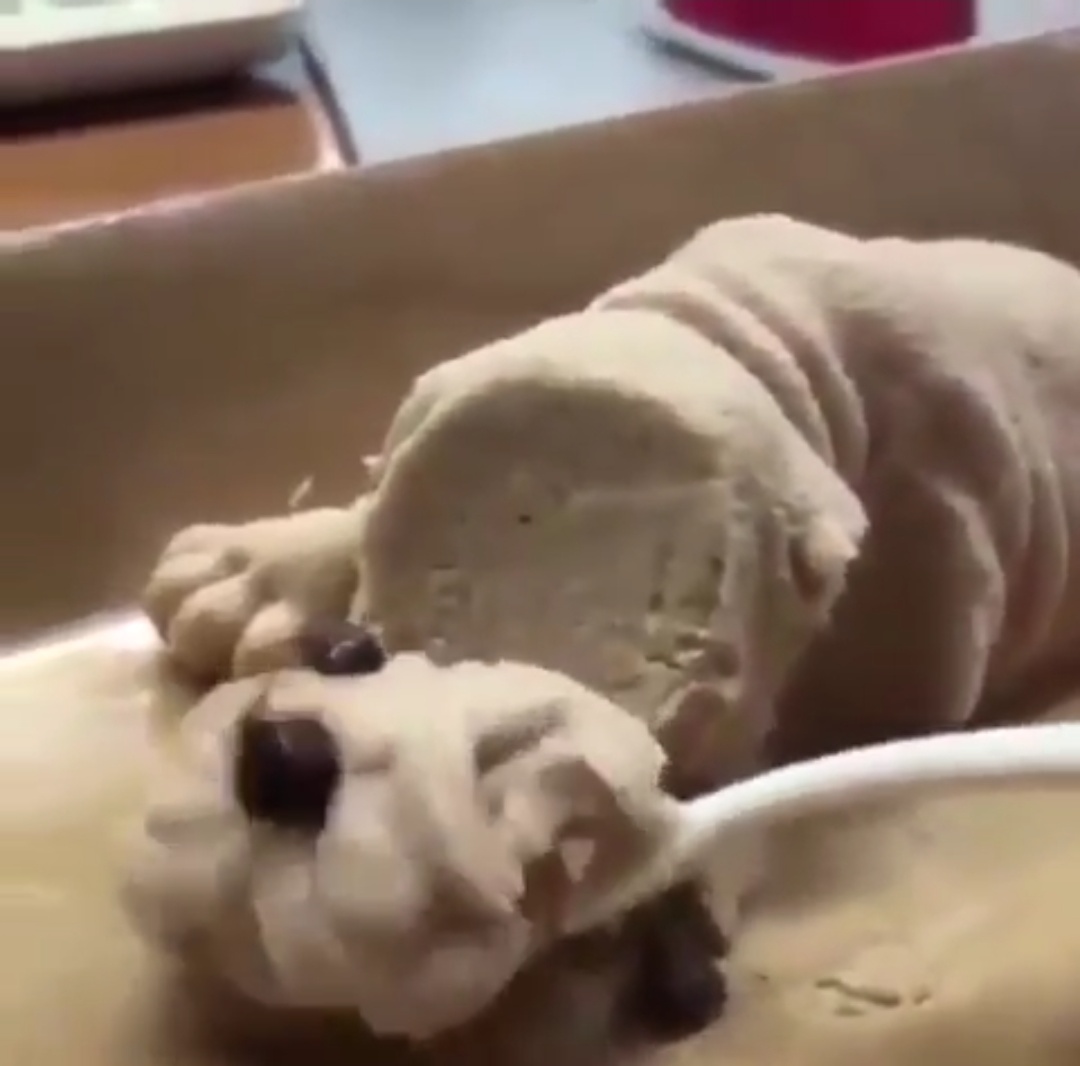 Now the surprise doesn’t end there.

The camera caught their family dog in a collar, watching next to the kitchen top to be utterly stupefied. 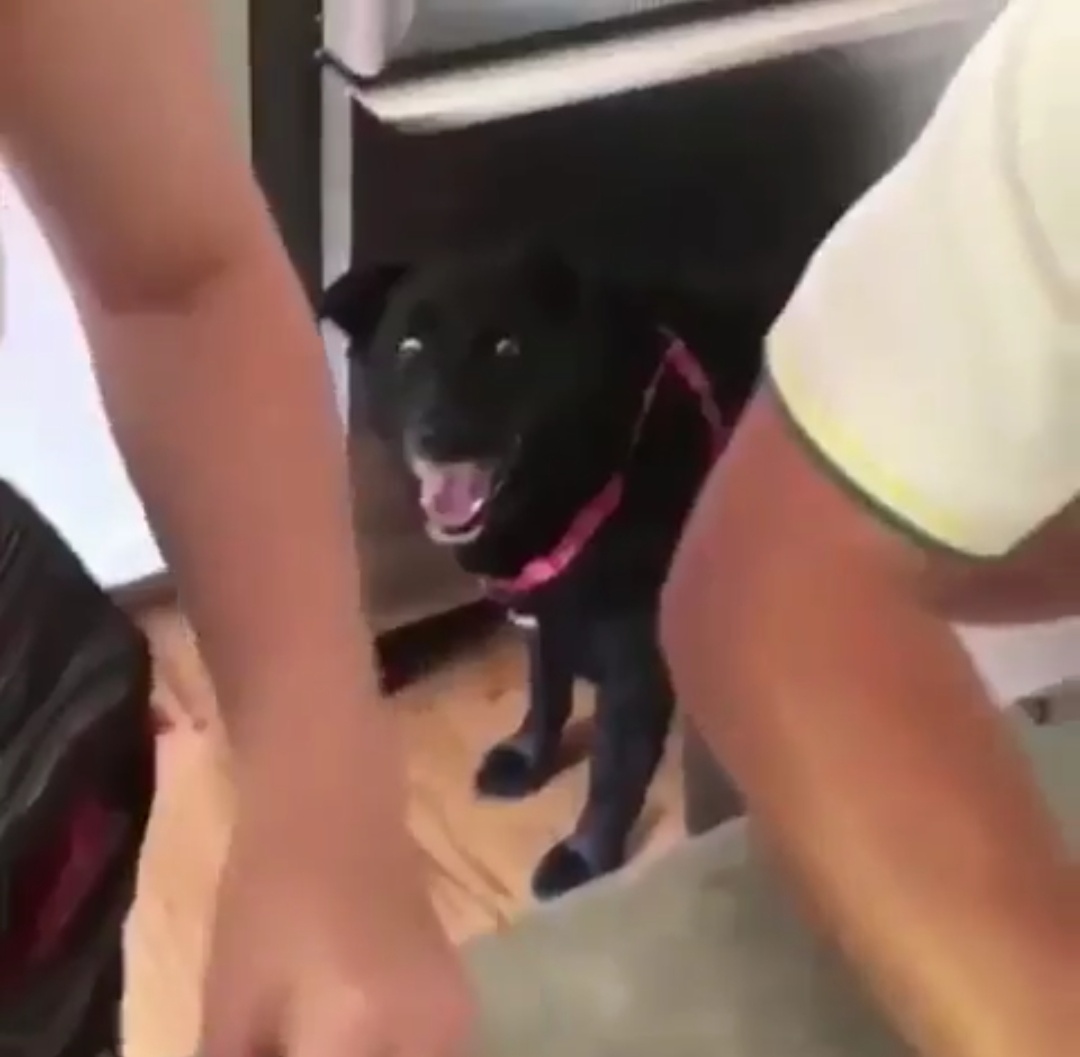 With enlarged eyes, the jaw-dropping moment was filmed as the camera zooms in to the innocent dog, gaping with an open mouth! 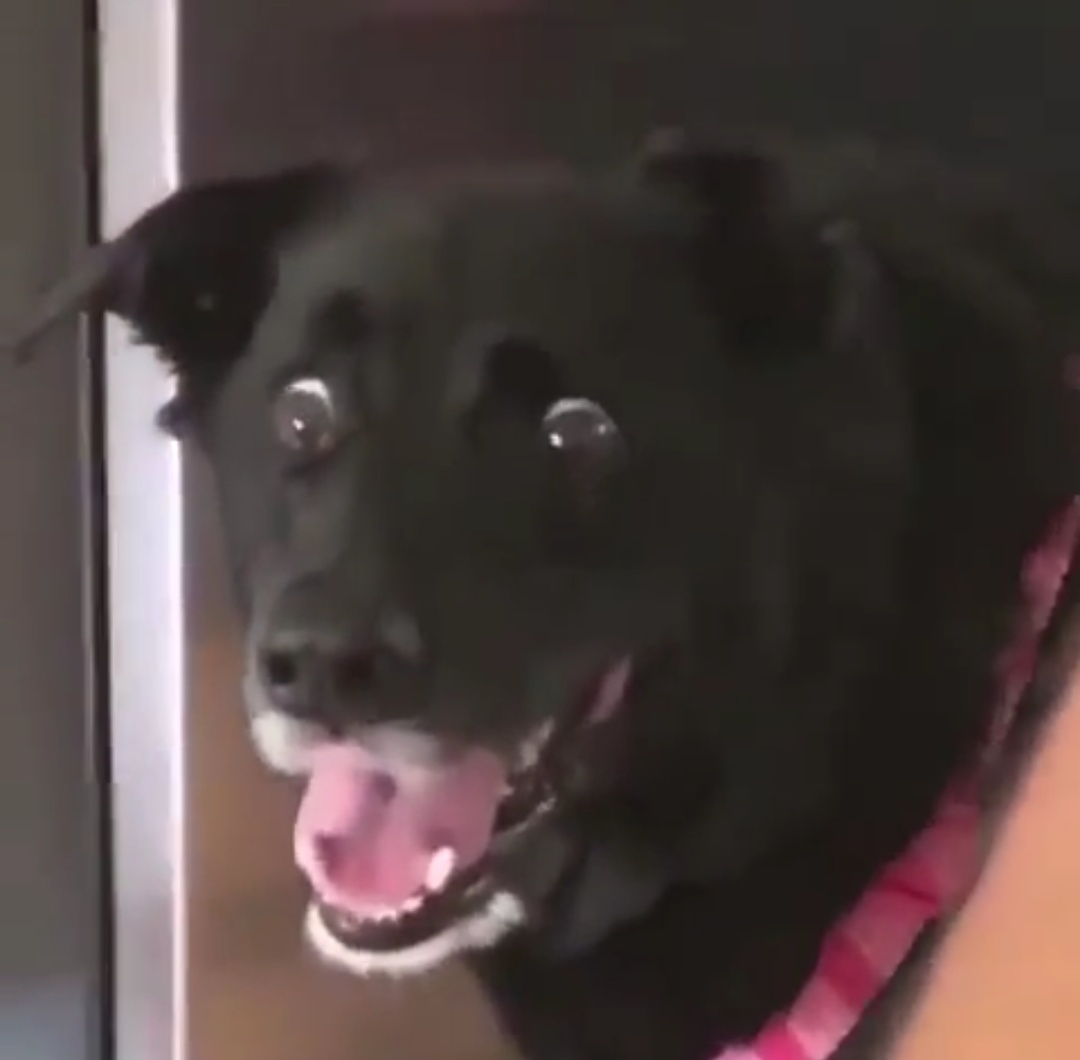 Aww, the poor dog who didn’t know that it wasn’t real! The unintended prank has definitely left the cute pet trembling in fear and shock when the pug got beheaded.

Netizens later revealed that the video is actually edited and we wonder what made the dog having the shocking look on his face. Nonetheless, there are many related videos on the Internet that show shocking dogs watching these realistic ice creams being scoped. Dog lovers probably won’t like it though. These realistic ice cream cakes are sold in a cafe in Taiwan.

You can watch the dog’s funny reaction in the video below: