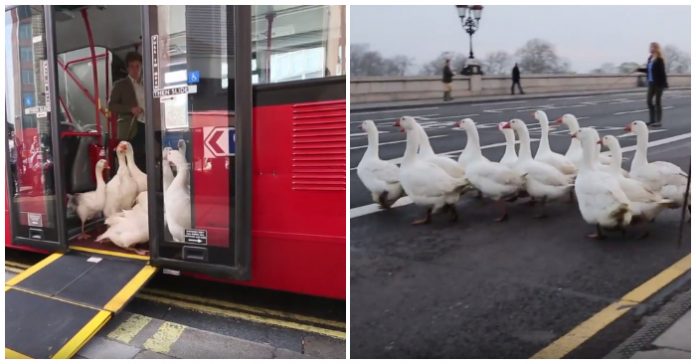 On April 25, 2017, Londoners received an adorable surprise as they witnessed a flock of geese wandering around in London.

The geese were spotted taking a leisure walk before crossing Putney Bridge with a pair of shepherds and their furry companion, a sheepdog.

The unusual sight might have taken some Londoners by surprise but it was actually a brilliant campaign by Fulham Green, a luxury office development 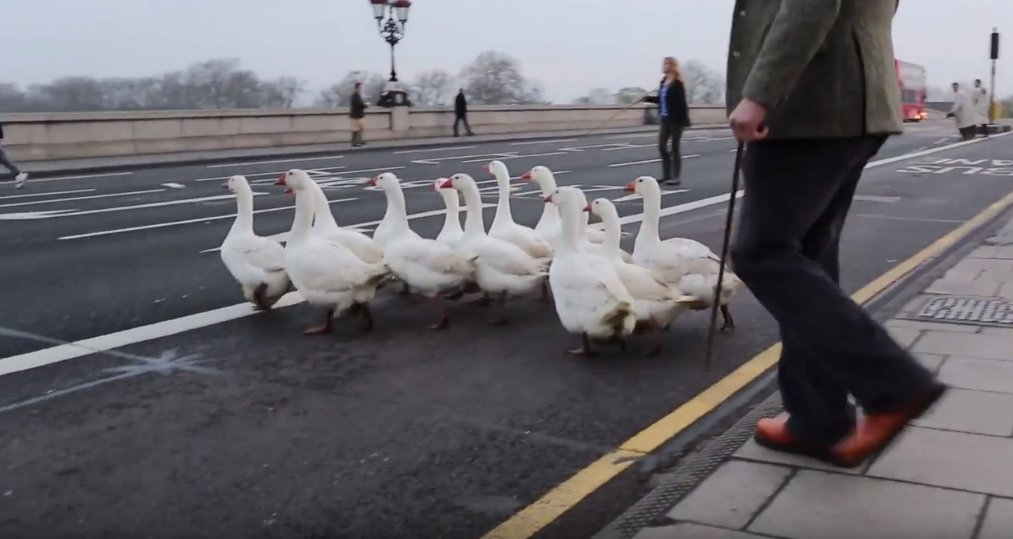 The campaign was a part of their PR and marketing stunt targeted especially for the residents in the area.

The video shows the geese, standing nearby the bus’ exit waddle their way out of the iconic London bus when the bus stops at a bus stop 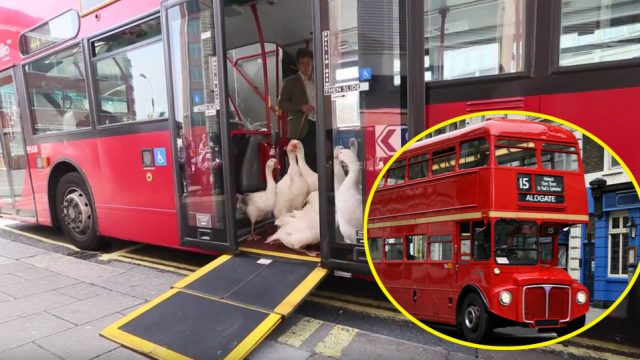 The geese look quite familiar with the bus and how to exit it although it was most probably their first time being a public bus.

When the door opens, the geese, along with their herders and the dog walk over to town center and cross the bridge for a leisure stroll

The bizarre scene has certainly achieved their mission as it has attracted curious gazes from local passersby!

Definitely, a brilliant public relations campaign idea to be executed in the public!

A Bride on Wheelchair Surprised Her Groom by Walking Down the...