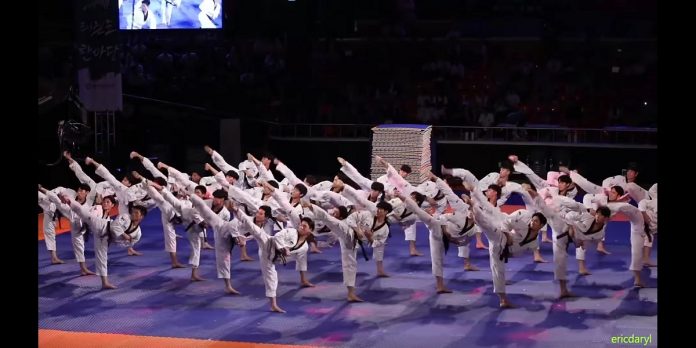 The World Taekwondo Hanmadang Conference is an anticipated event by the martial arts groups in the country of Korea. Hosted annually by the Korea National Institute of Technology, this conference serves as a gathering of taekwondo members.

Since 1992, the event is a platform for all shapes and forms of people to display their various taekwondo moves and promote camaraderie and sportsmanship among their members. Therefore, after 16 long years, the martial arts has evolved from screaming hand chopping planks to the present jaw-dropping flying kungfu movements at present.

The opening performance this year showed a build up of suspense-filled, gravity defying acts that kept us on the edge of our seats with back flips, somersaults and no handed cartwheels in various trials 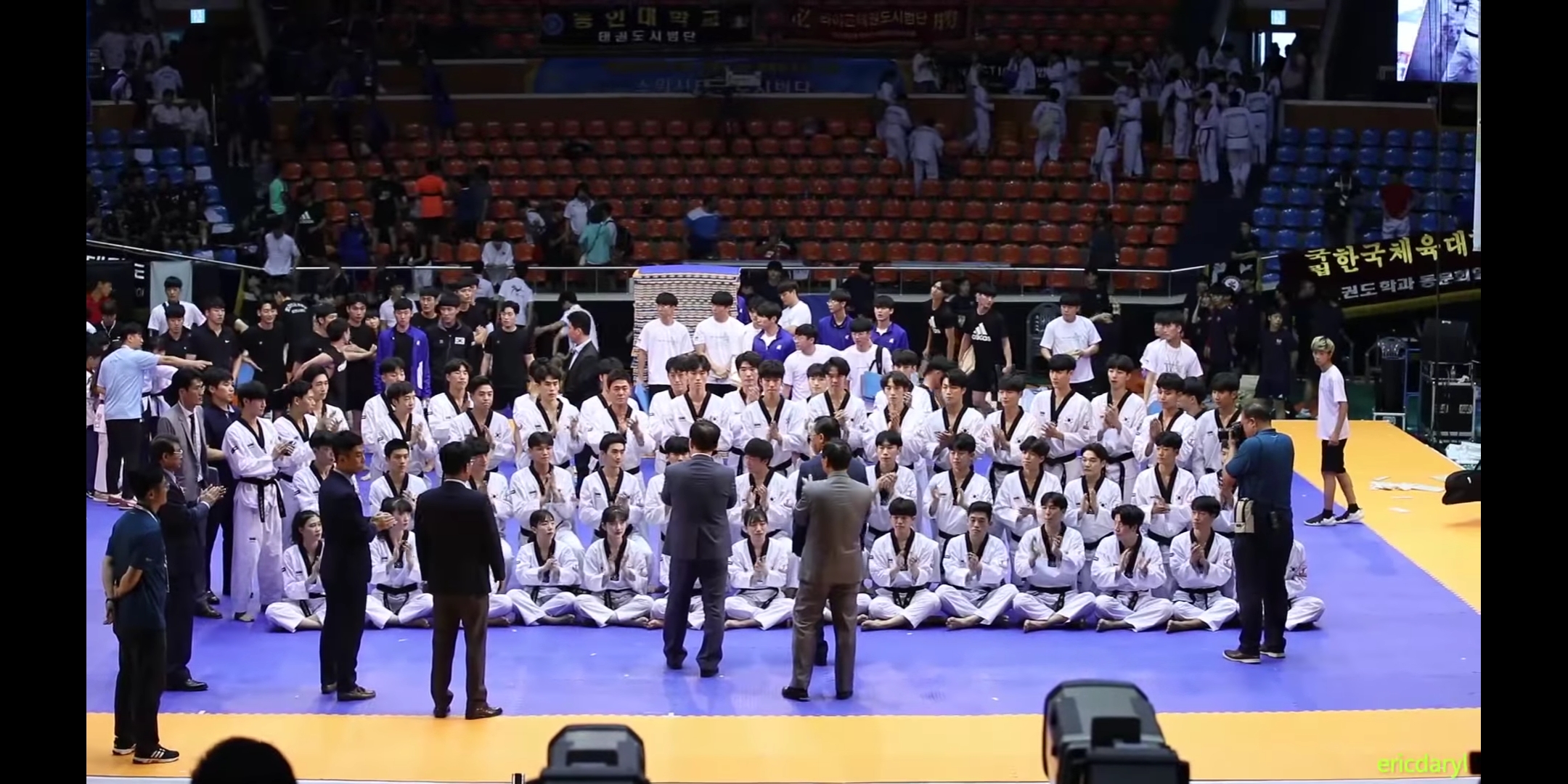 Both men and women performed synchronized moves of high kicks, sparring and defense in the beginning 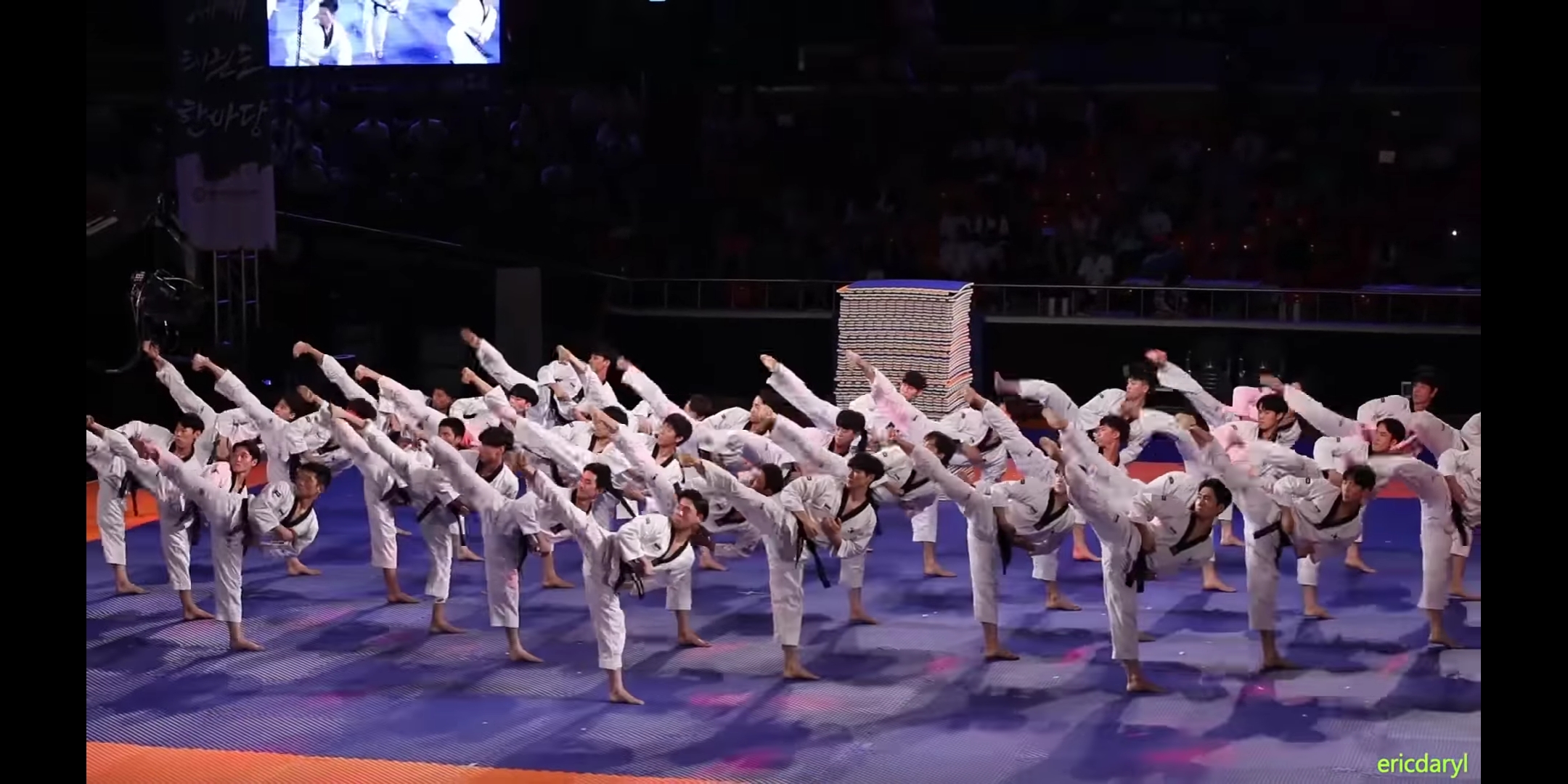 In an unlikely moment, a man jumps with the support of his teammates and flew up in the air to chop a board with his hand 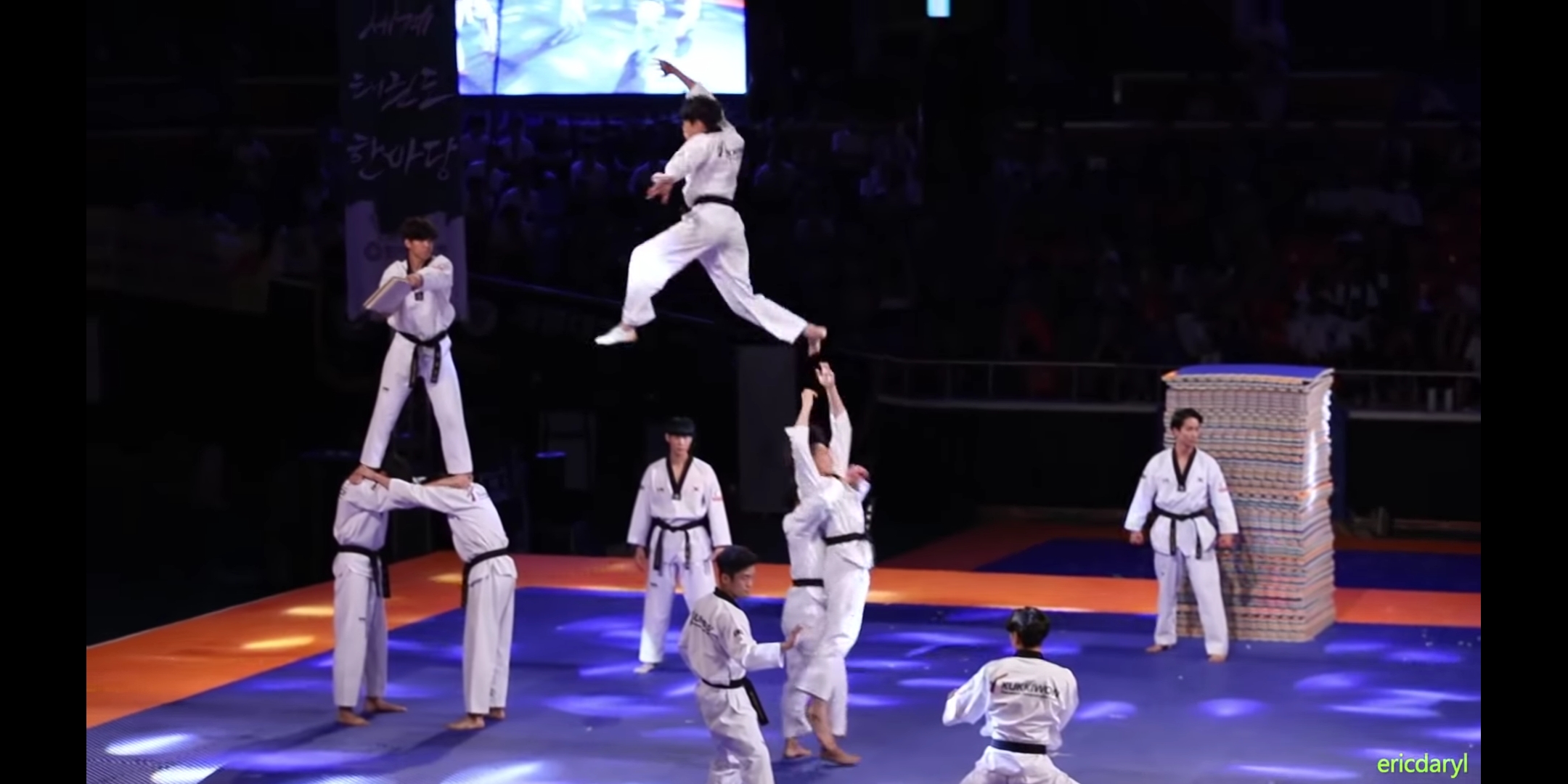 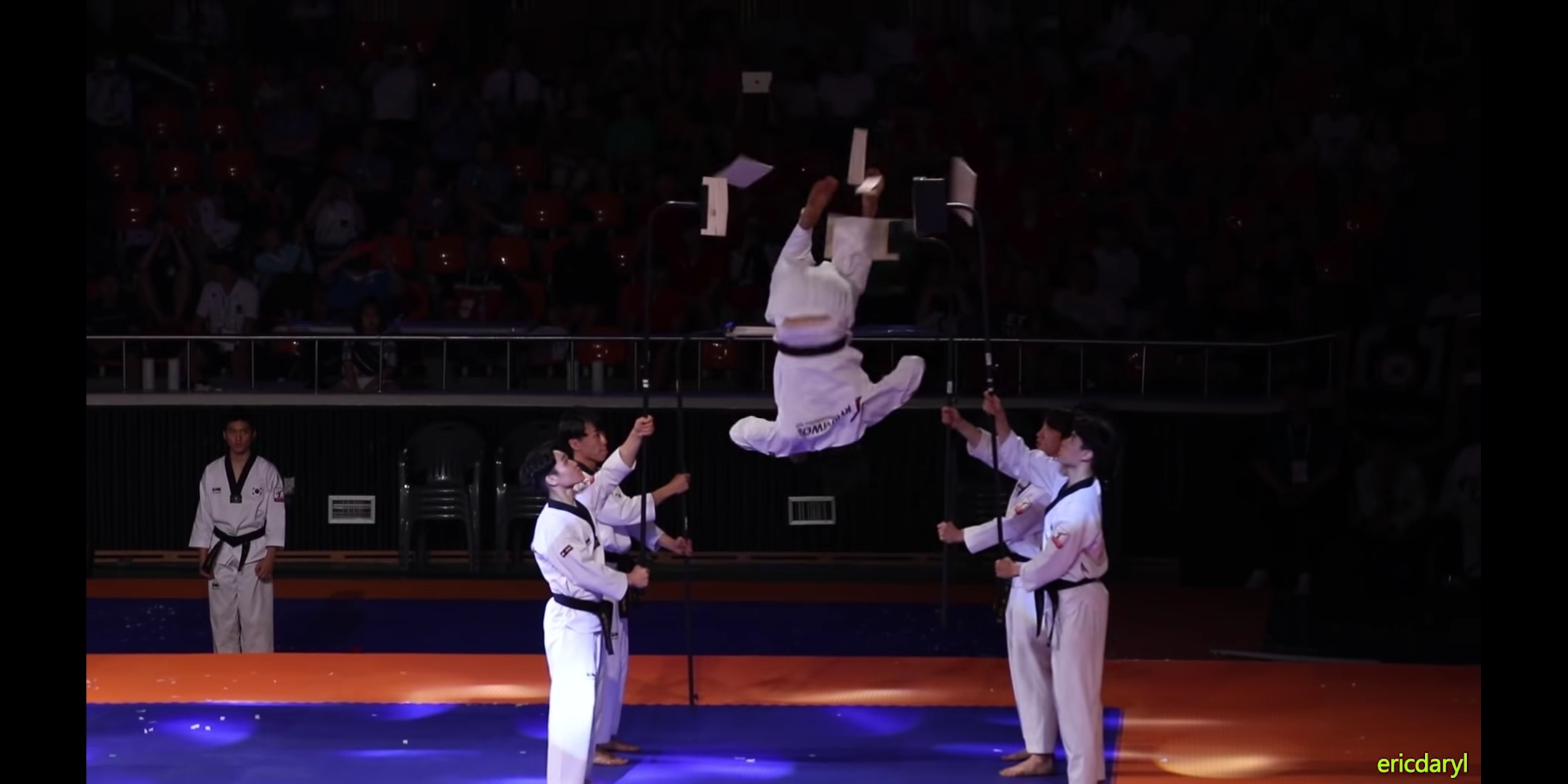 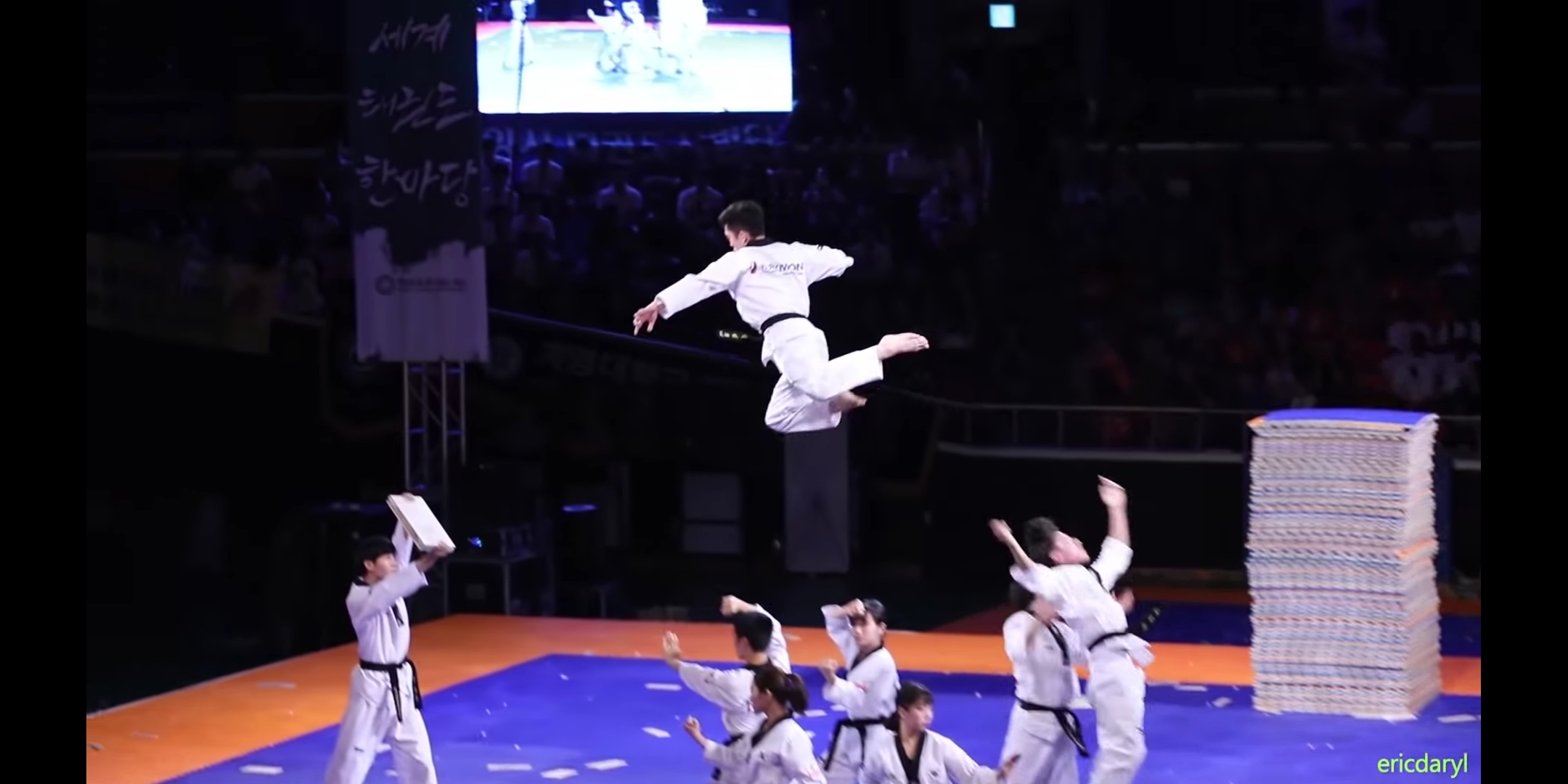 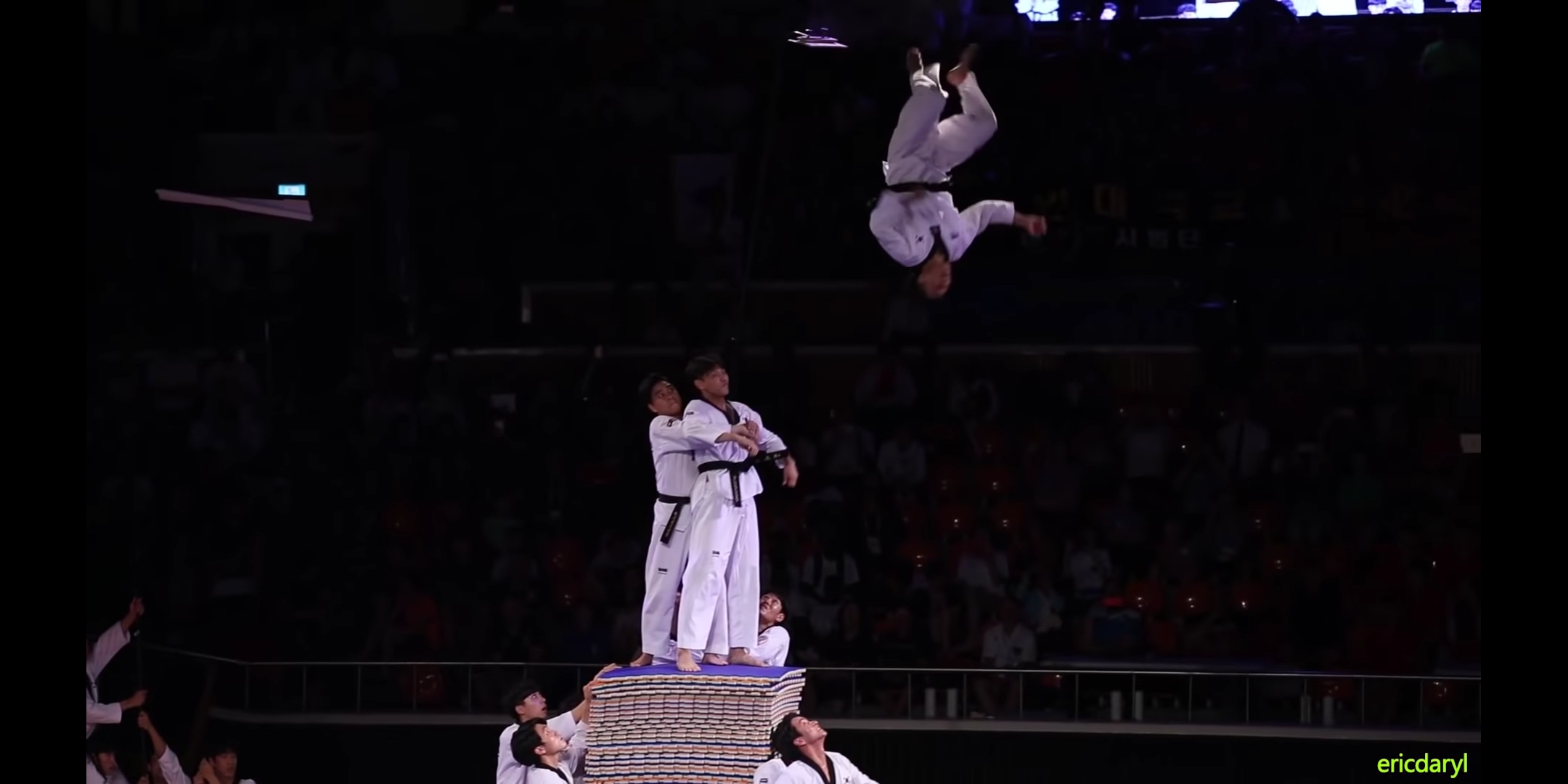 We can only wonder how strenuous and disciplined their training must be to be able to reach those heights!

Remember to drop what you’re doing before watching their performance because you’ll be blown away by these black belts’ audacity!