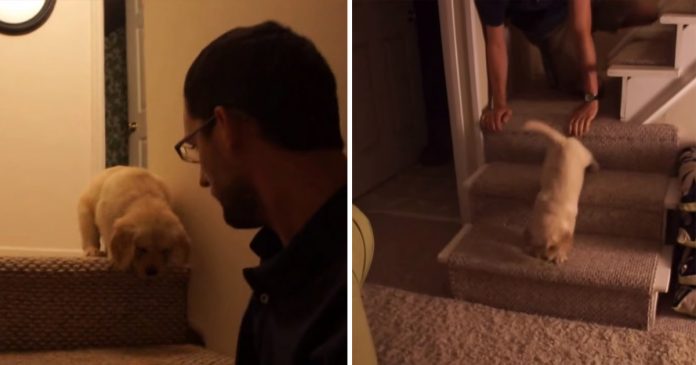 Bringing home a new pet can be challenging sometimes, especially if the new pet is still young and needs a little bit of training and time to adapt to its new home.

This cute puppy is not an exception.

Hobbes was very nervous when he first discovered that he had to go downstairs on his own. However, the stairs looked intimidating and scary for this puppy! 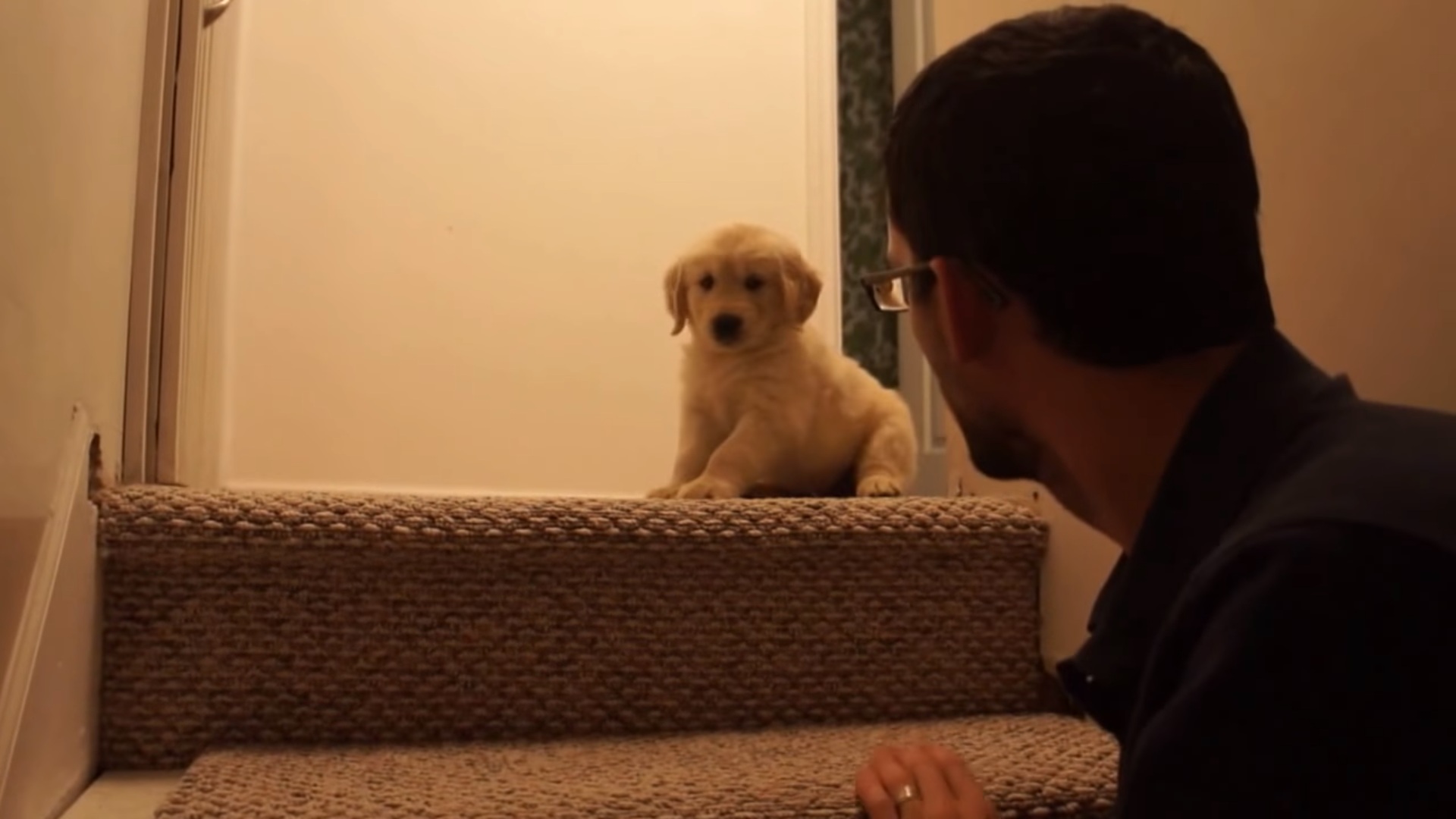 In the video, the owner can be seen sitting on the stairs as Hobbes tries to gather his courage to go down the stairs, step by step 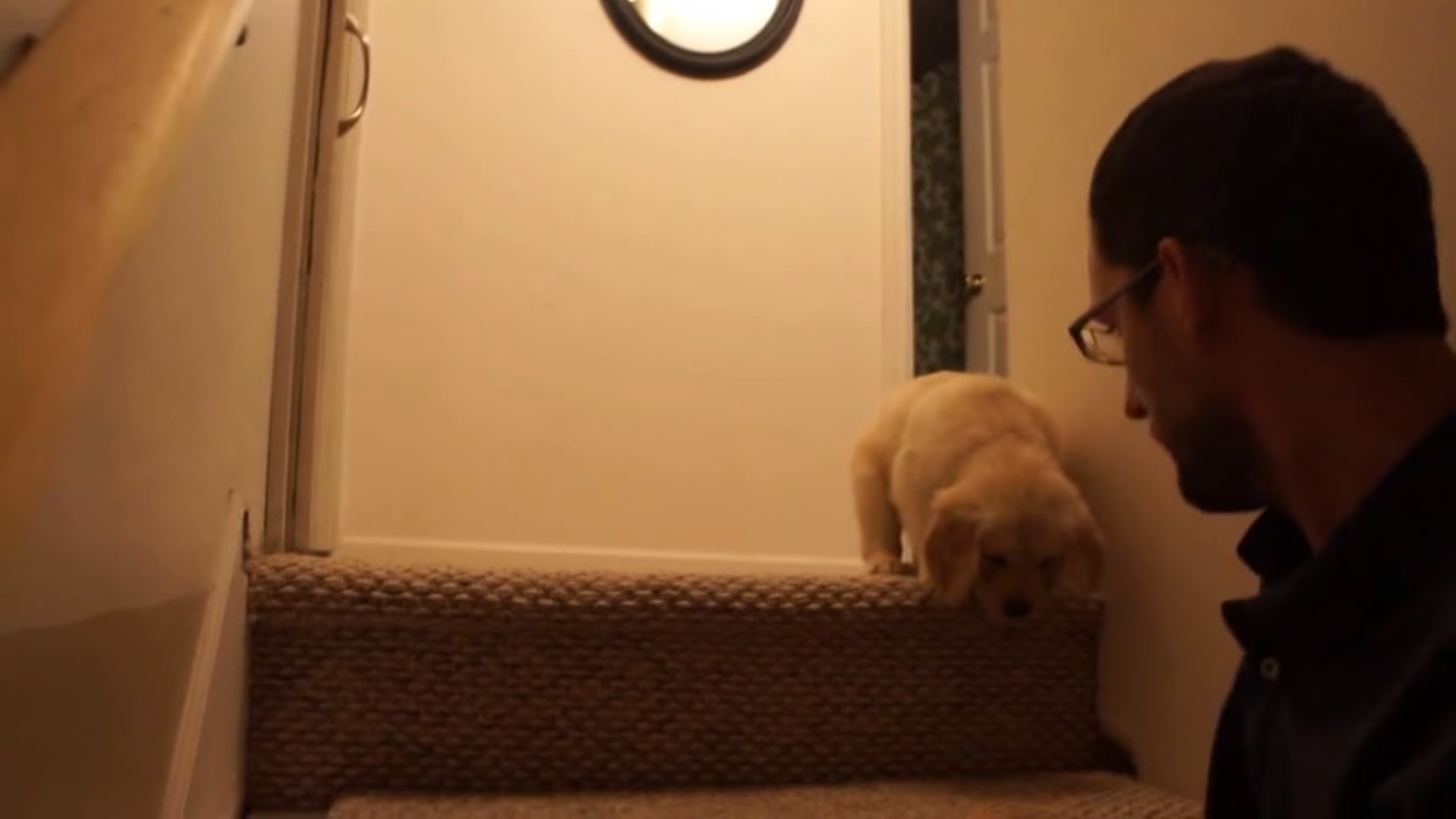 At first, Hobbes so reluctant to follow the owner’s instruction although he keeps encouraging him to try to go down the first step. The adorable puppy lets out a soft bark in an attempt to let the owner know that he is very nervous to do so.

Seeing Hobbes refusing to go down the stairs, the owner then decided to show him how it is done! 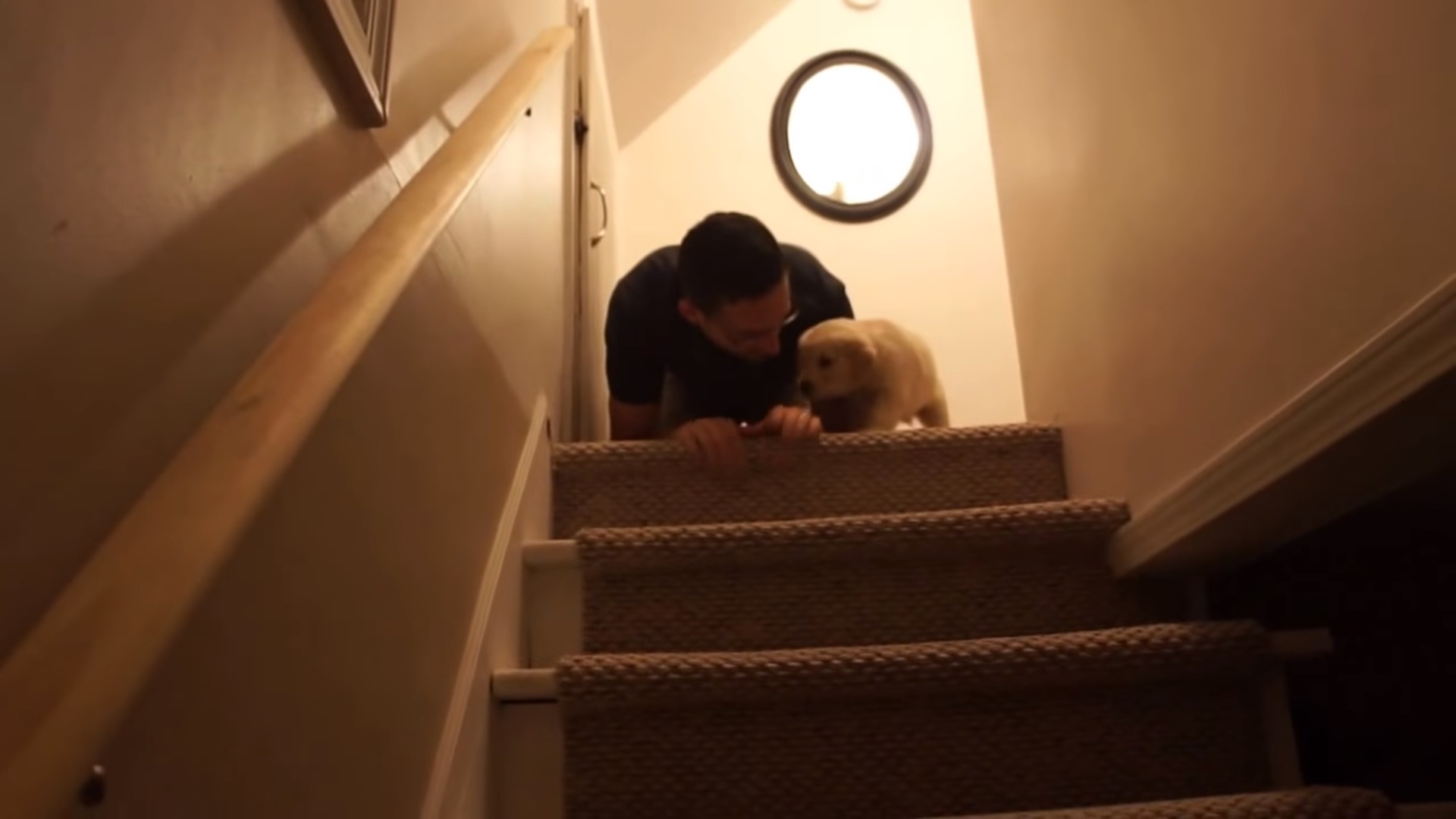 The owner slowly puts both of his hands on the first step and suddenly, Hobbes copies him! 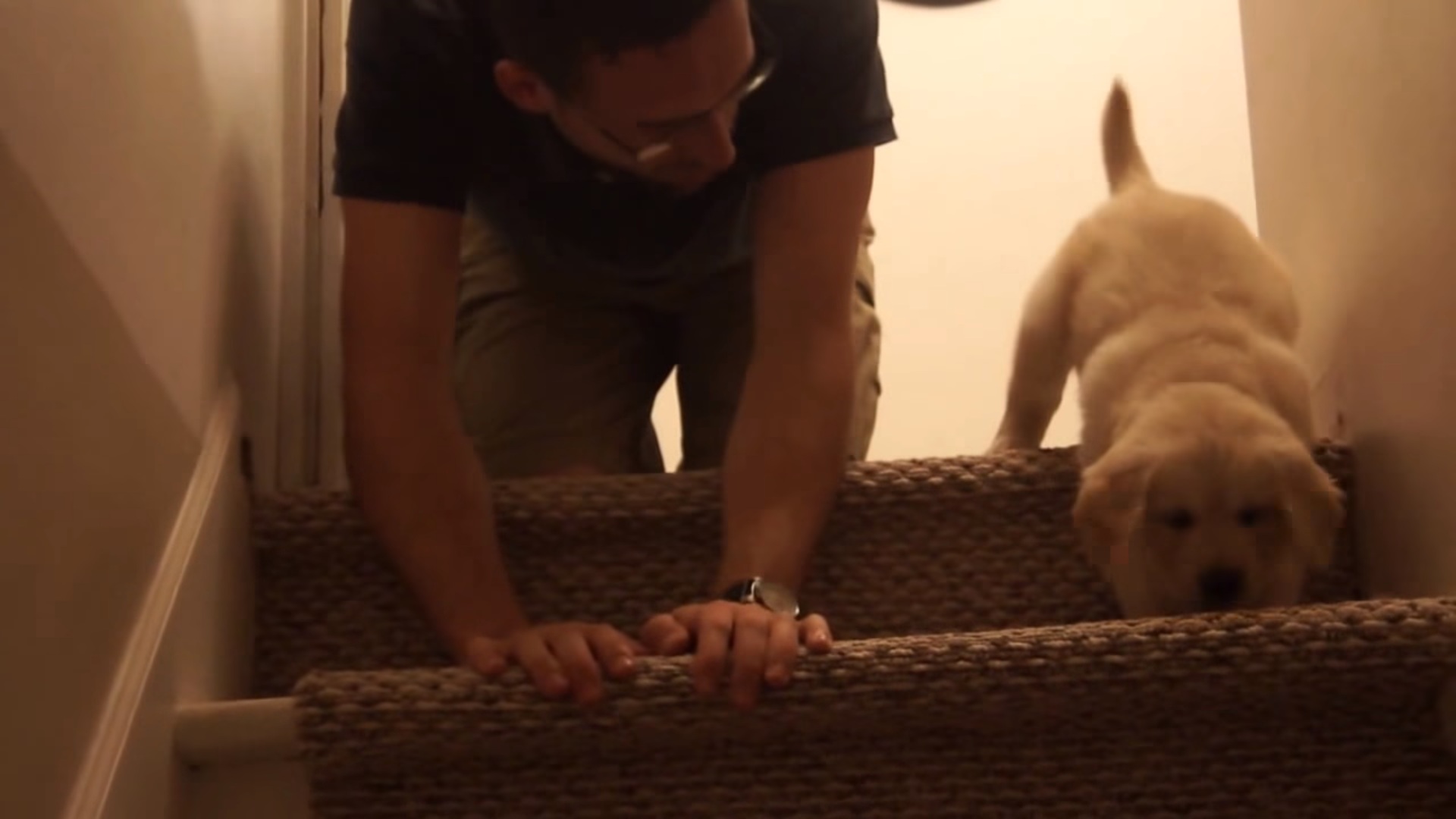 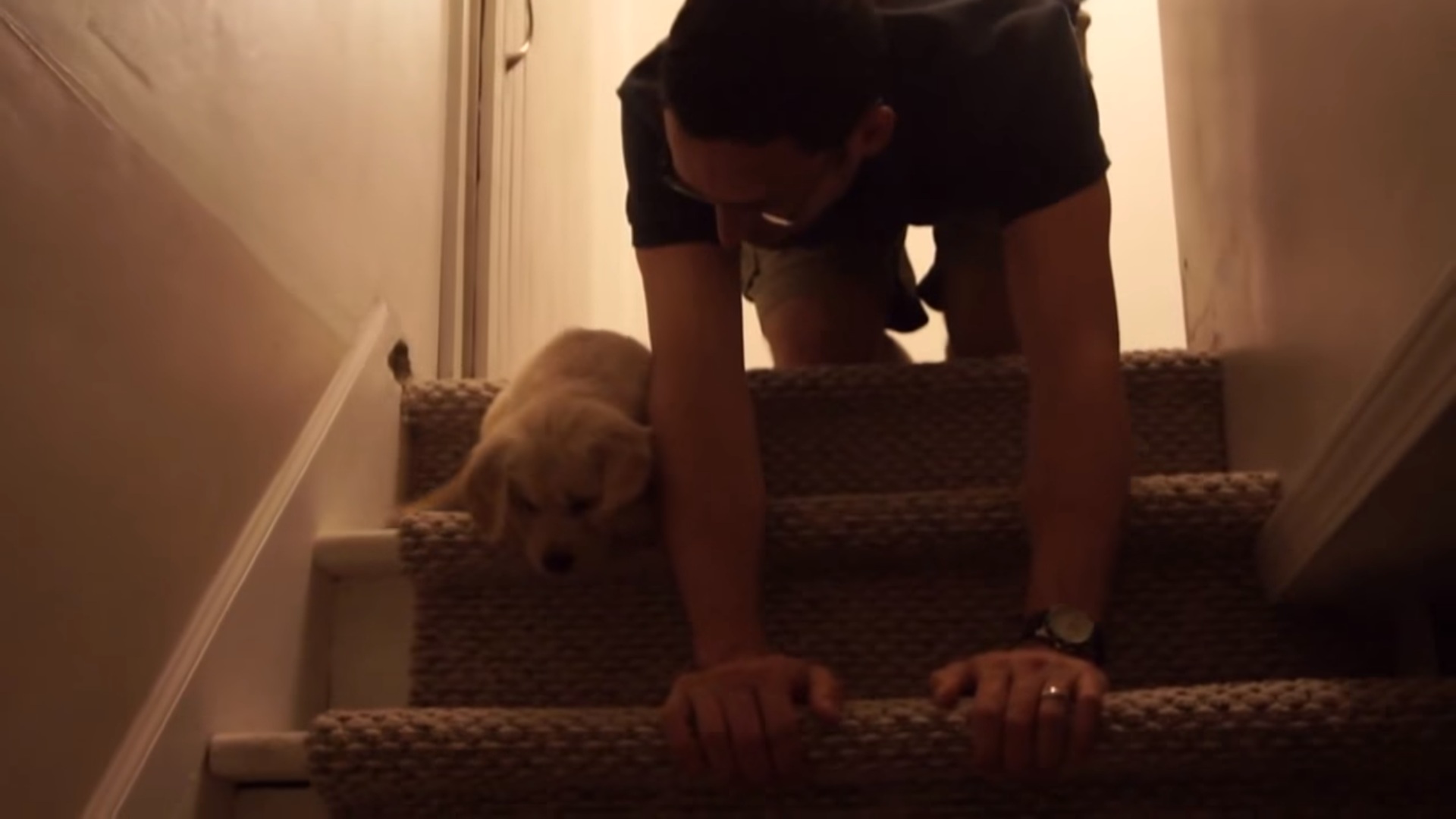 As the video progresses, we can see that Hobbes is already on his way downstairs, making a huge progress compared to the beginning of the video 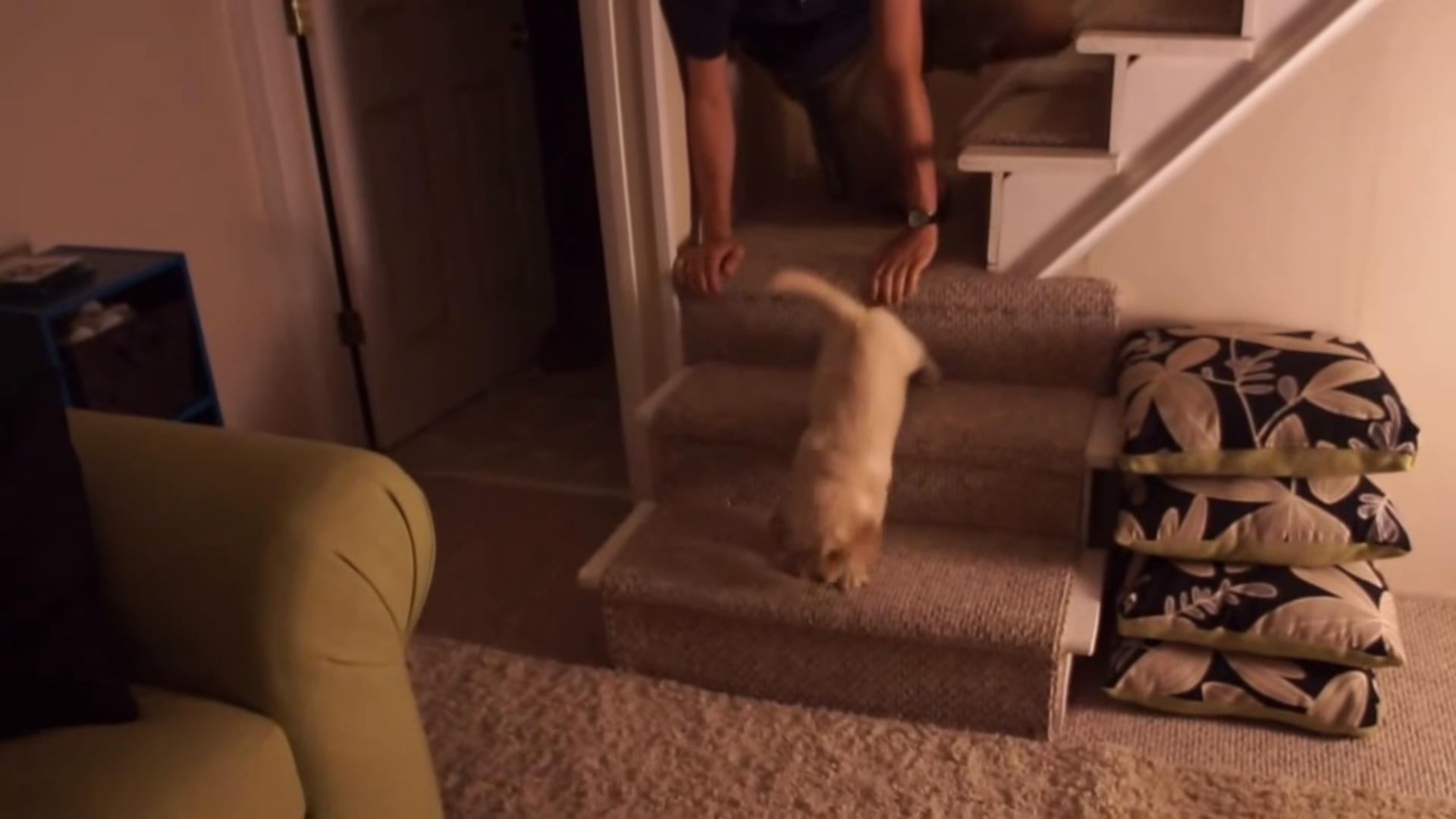 Many people found it to be amusing and heartwarming, especially the way Hobbes being so reluctant to go down the stairs before his owner showed him how to.

One user commented, “The little ‘Nooo’ at 0:25 is the most adorable thing ever,” while another user wrote how kind the owner was for teaching the puppy. “I’ve actually never seen anyone do this before to help teach their puppy how to go down the stairs and it’s absolutely brilliant and sweet!,” the user wrote.

Watch the loving owner teaches his puppy, Hobbes how to get down the stairs in this heartwarming video here

Loyal dog passed away after sitting by the window every day...