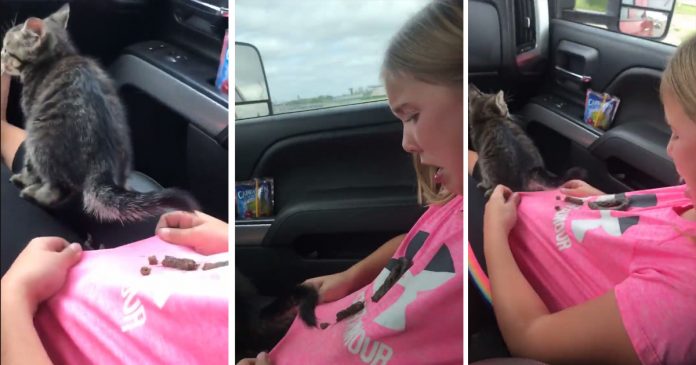 This little girl was thrilled when she got to bring her new kitten home but apparently, the little kitten just could not wait to arrive home to poo.

Instead, the kitten just takes a dump right at the girl’s pink shirt!

Elyse Hoefs was on her way back home with her new kitten when the cat decided to take a bathroom break on her shirt.
“My daughter Elyse brought home a new kitty today. Gavin recorded them bonding on the way home,” said Shane Hoefs.

In the video, the little girl can be seen trying to lift her cotton pink shirt as far away as possible from her skin but she still remains as still as possible to avoid from the faeces from rolling over to the car seat 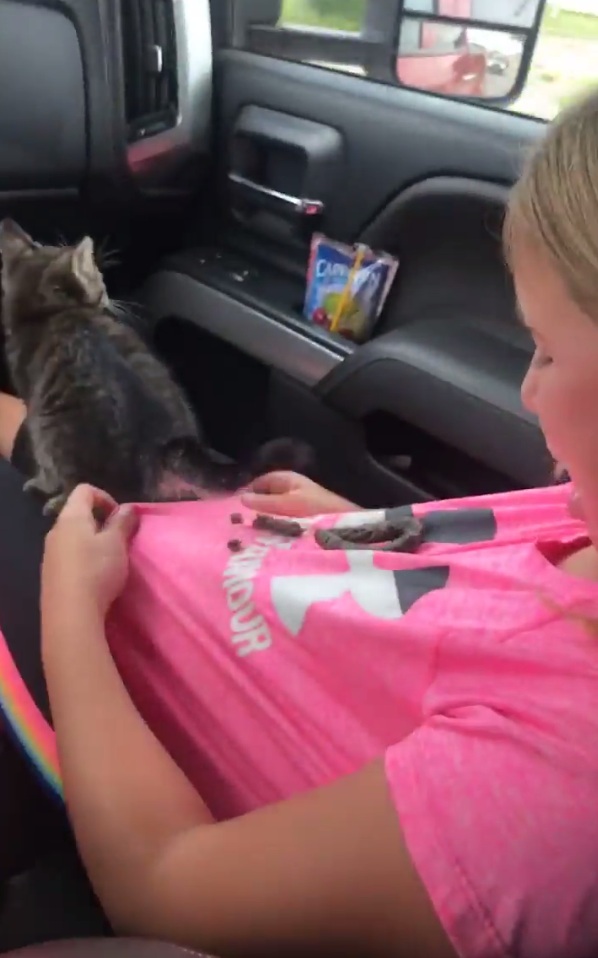 Shocked Elyse can be seen crying her heart out after the hilarious incident and her mother, Becky does not let the precious moment from not being captured on the camera 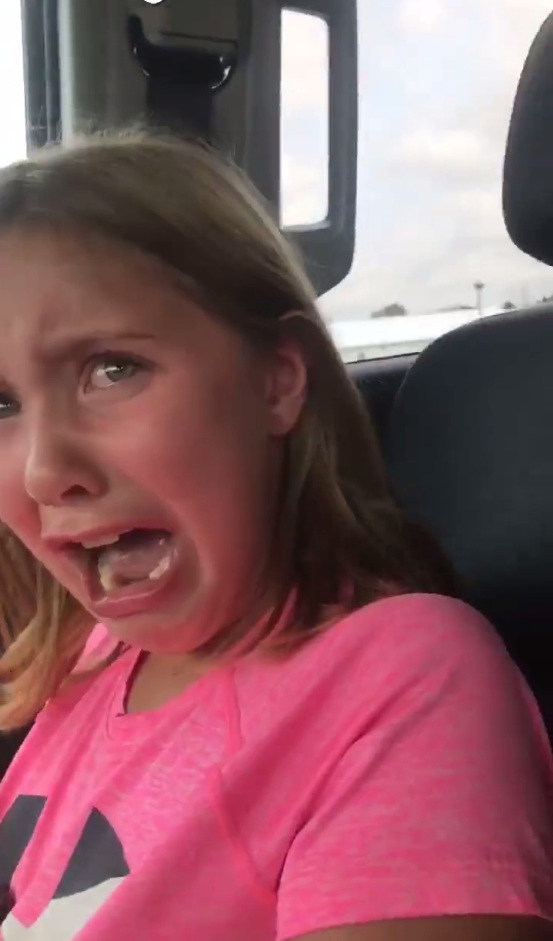 While her mother is teasing her about her new kitten, her dad can be heard trying to reassure the little girl from his driver seat.

Elyse whose patience is wearing thin when she sees her mother hysterically laughing at her can be heard saying, “Stop crapping on me!” 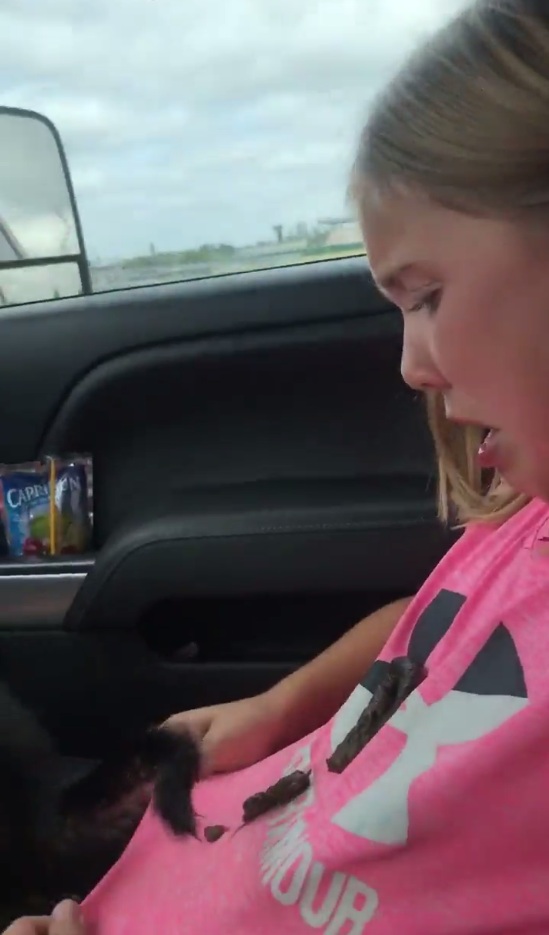 When the kitten turns its body towards the little girl, Elyse freaks out even more! 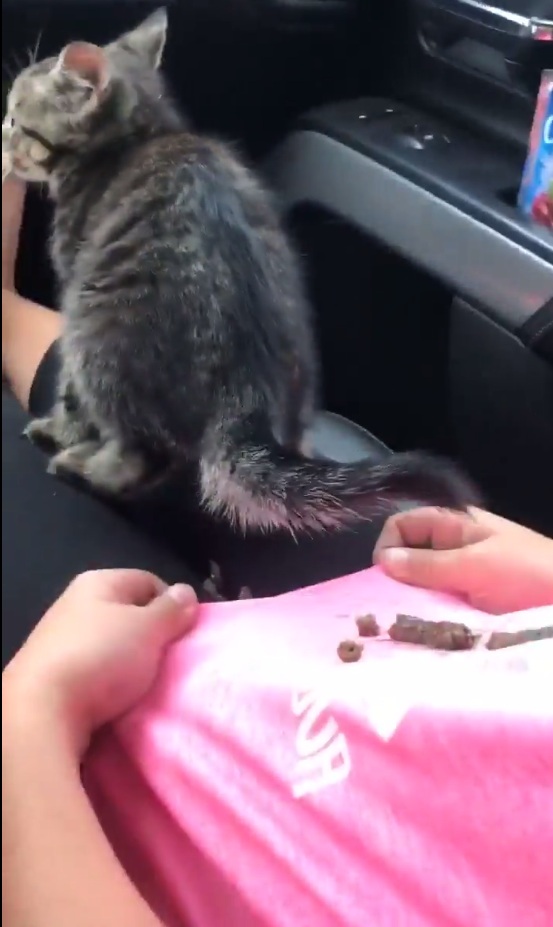 Her funny reaction has gone viral on the internet and it has been viewed more than one million times since it was first posted.

Some viewers sympathised with the girl while many viewers found the incident to be hilarious.

Well, we hope that Elyse would have potty trained the kitten as soon as she got home!

Watch the full video of the funny incident here