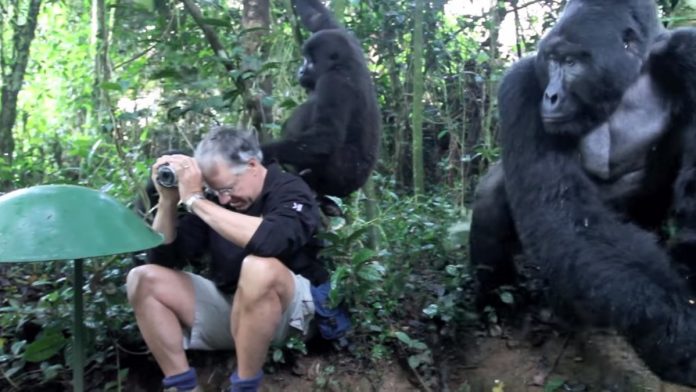 A group of wildlife enthusiasts had a very rare encounter with a family of Mountain Gorillas at the Bwindi National Park, southwest of Uganda and it is nothing short of magical!

The Bwindi National Park is the home to nearly half of endangered Mountain Gorilla population in the world but it is not guaranteed that one could encounter gorillas that easy.

However, for this extremely lucky wildlife enthusiast, he and his team managed to score a rare encounter with a small family of friendly Mountain Gorillas 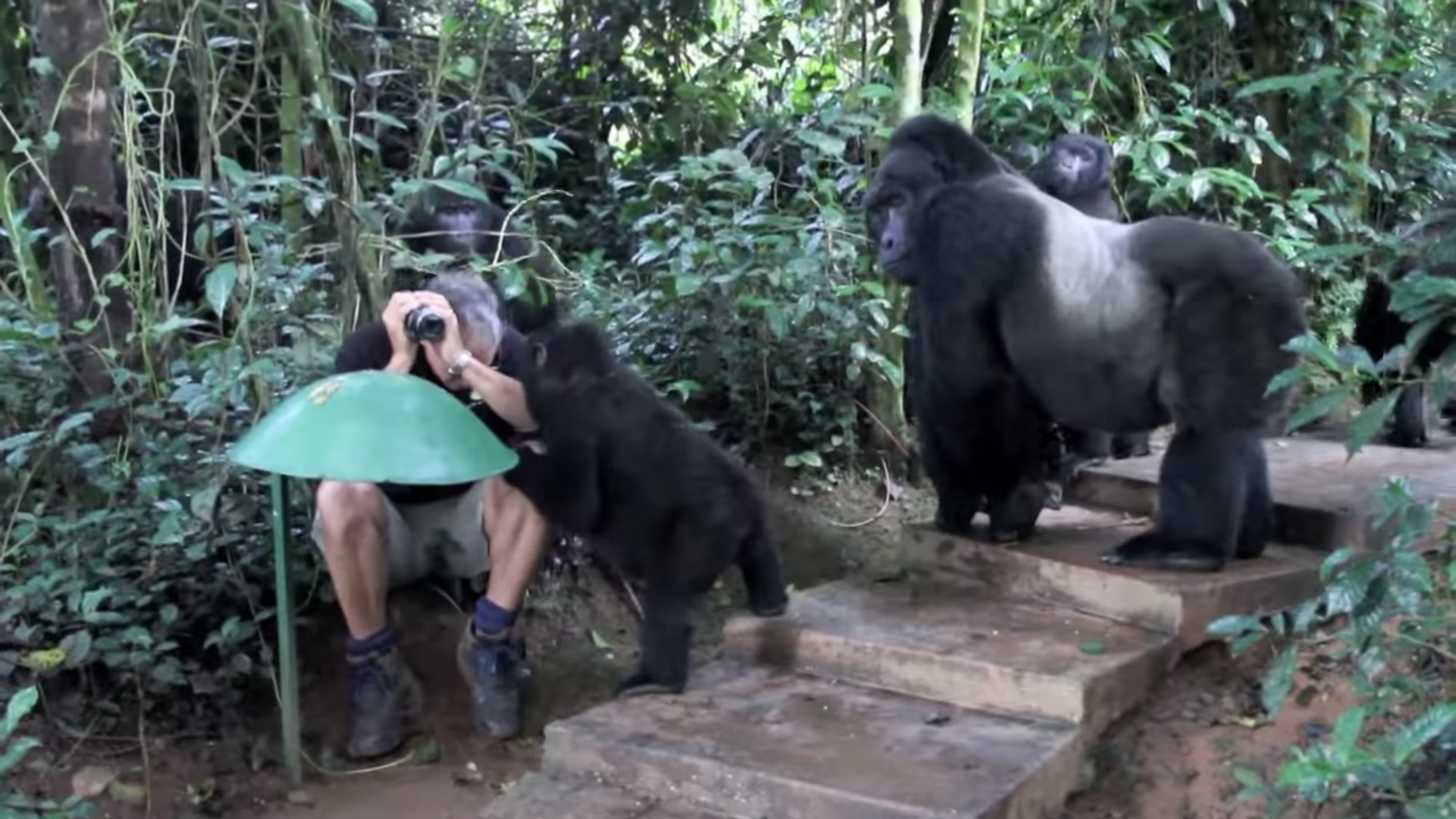 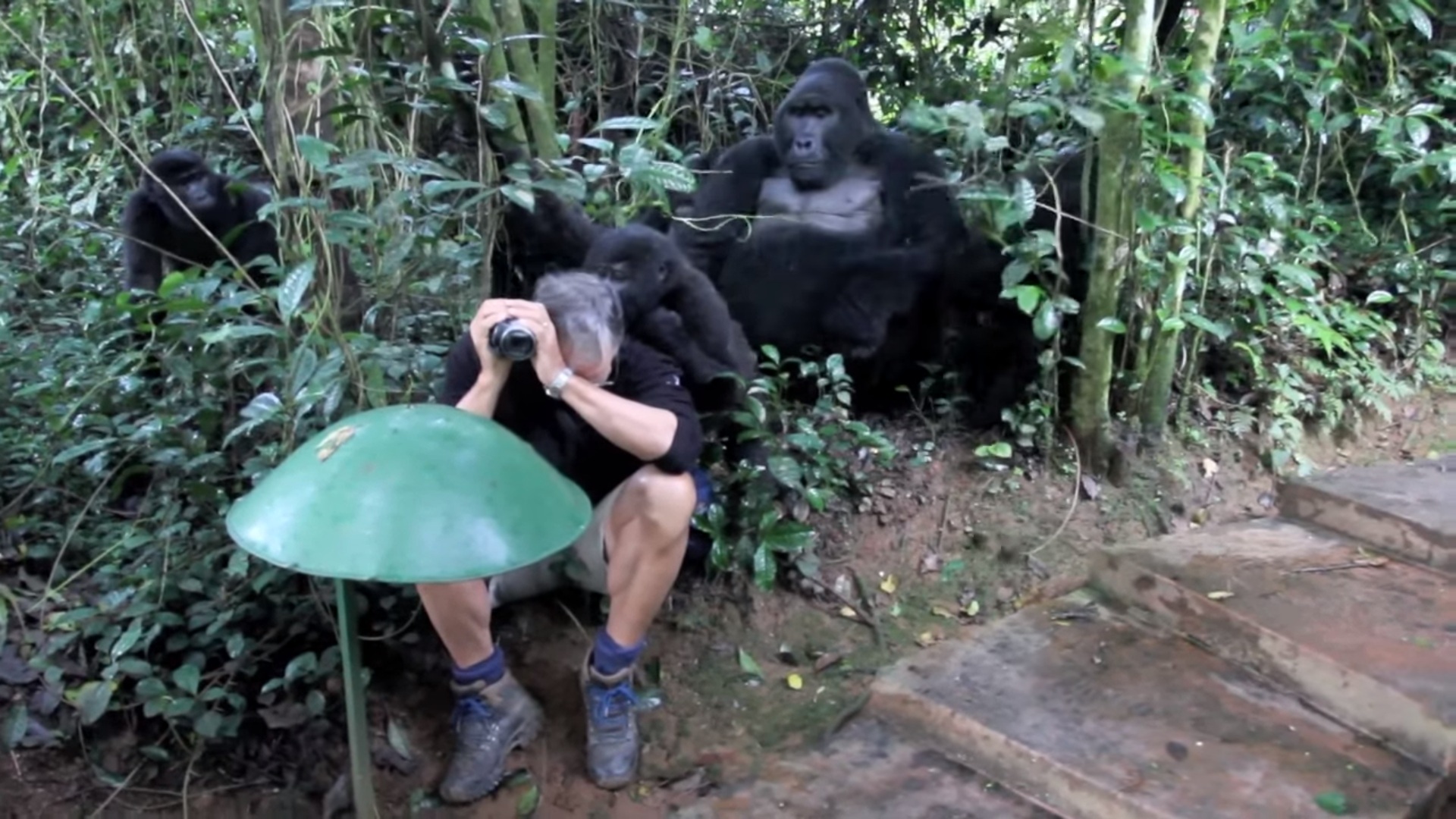 Meanwhile, the young gorillas can be seen touching the man out of curiosity while one adult gorilla observes from nearby 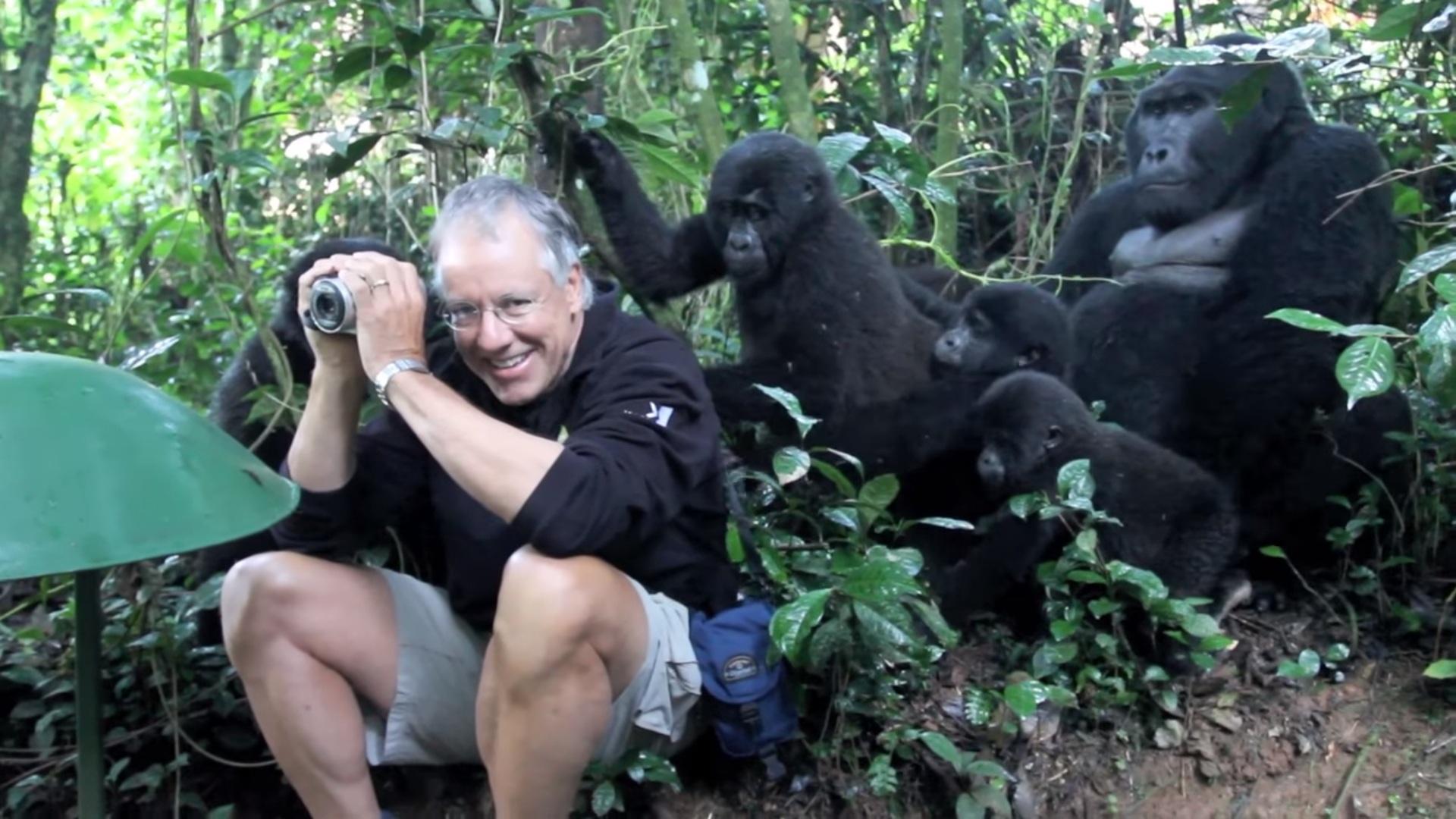 It is well-known that gorillas, especially the young ones are usually curious about human presence in their territory but they rarely approach humans.

Thus, why this is a very amazing and wonderful discovery, not just to the team but also for the wildlife enthusiasts around the world! 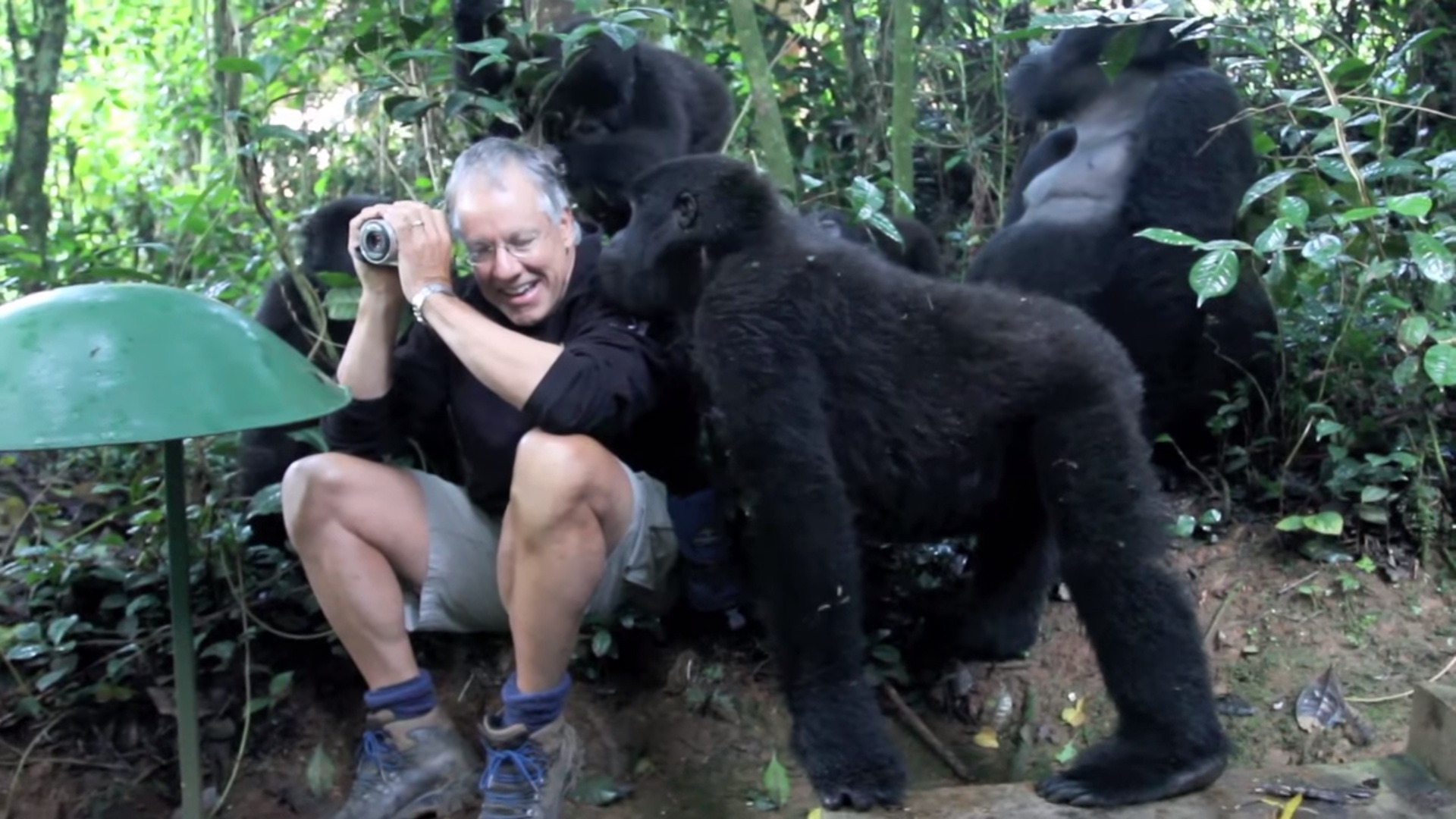 Nevertheless, it is important for the trekkers to not do any provocative gestures like direct eye contact or getting to close to the Mountain Gorillas as these can be perceived by the apes as a threat.

Hence, this is why the man in the video can be seen holding his head down most of the time and not making a big move when the young gorillas surround him 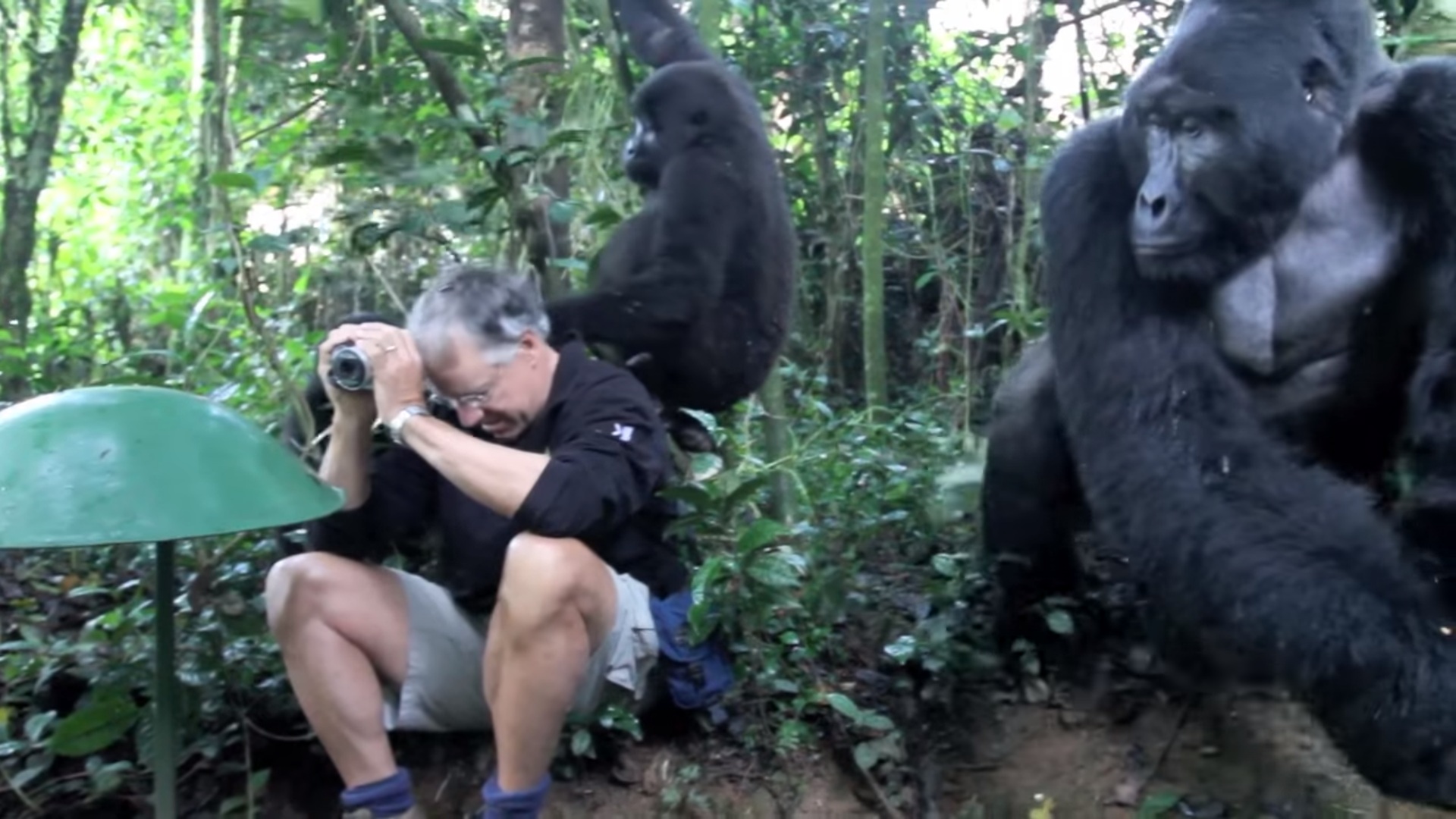 It takes a day’s drive just to get to the village near the national park and the challenging drive is followed by a hiking in the thick forest which the individual needs to be fully equipped with standard hiking gear like sufficient food and water supply and raingear.

The search for the Mountain Gorillas can take from 1 to 8 hours of hiking. While curious and adventurous trekkers need to pay $600/day for a permit, it is never guaranteed that they could meet gorillas.