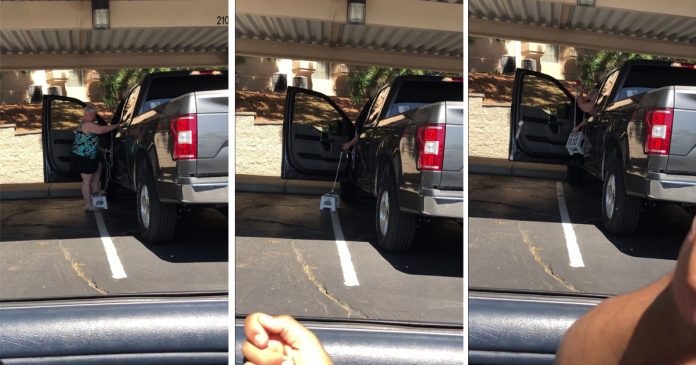 Ford trucks are known for their signature trucks which are largely designed to accommodate taller drivers but for this short grandma, it appears that she might need more than just to tiptoe to get inside her Ford truck.

The 65-year-old grandma was having trouble to get inside the Ford truck.

However, she soon discovered that she could use a boost from a small stool which she can step on 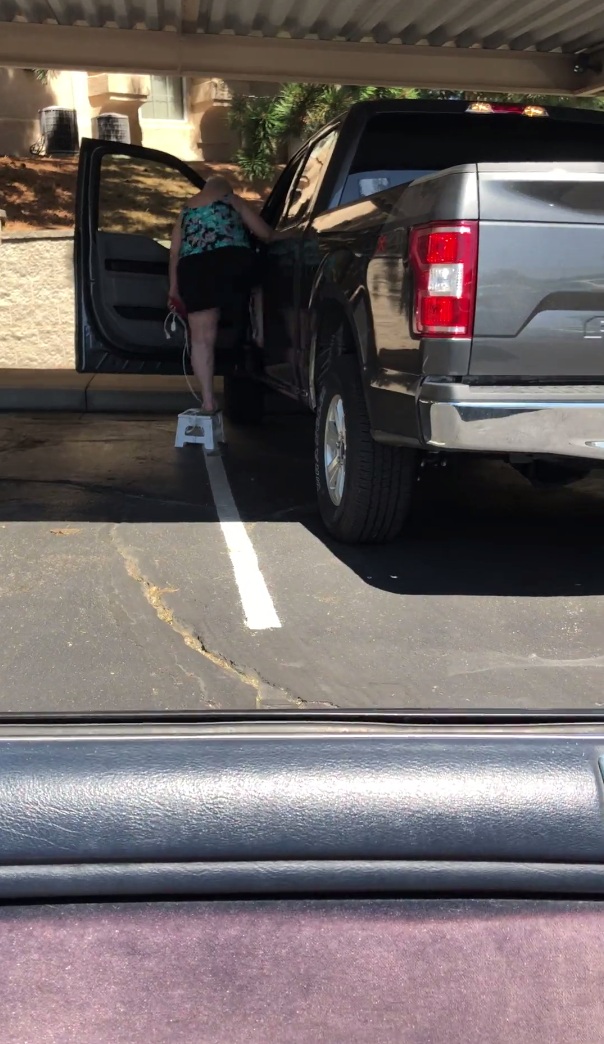 Nevertheless, she also needed the same stool when she wanted to step out of the Ford truck later on.

Luckily, a brilliant idea came to her mind and we have to admit that it was truly genius! 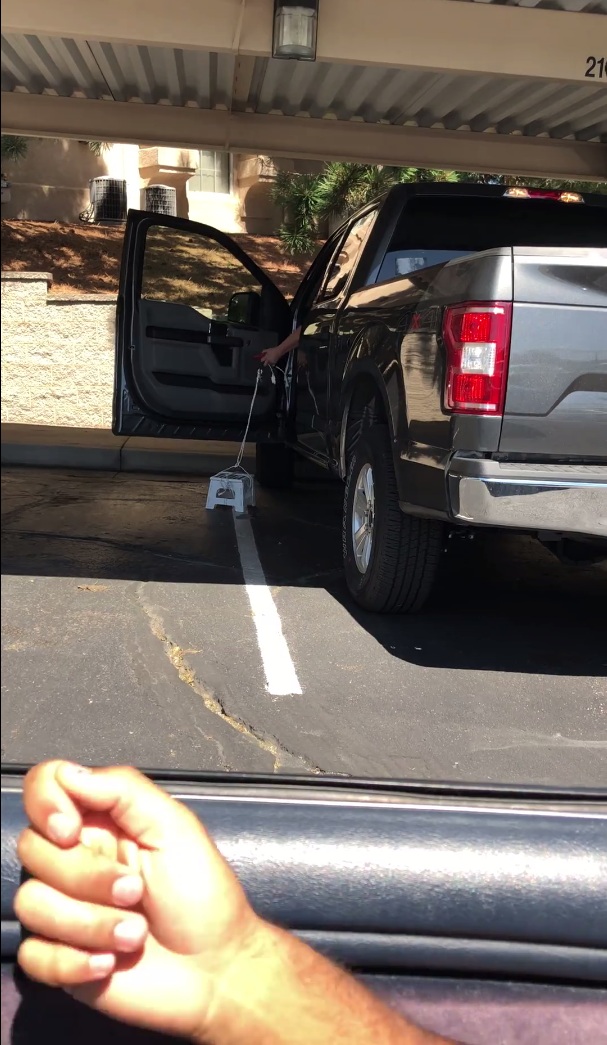 That way, she could easily get the stool inside the truck by pulling the extension cord 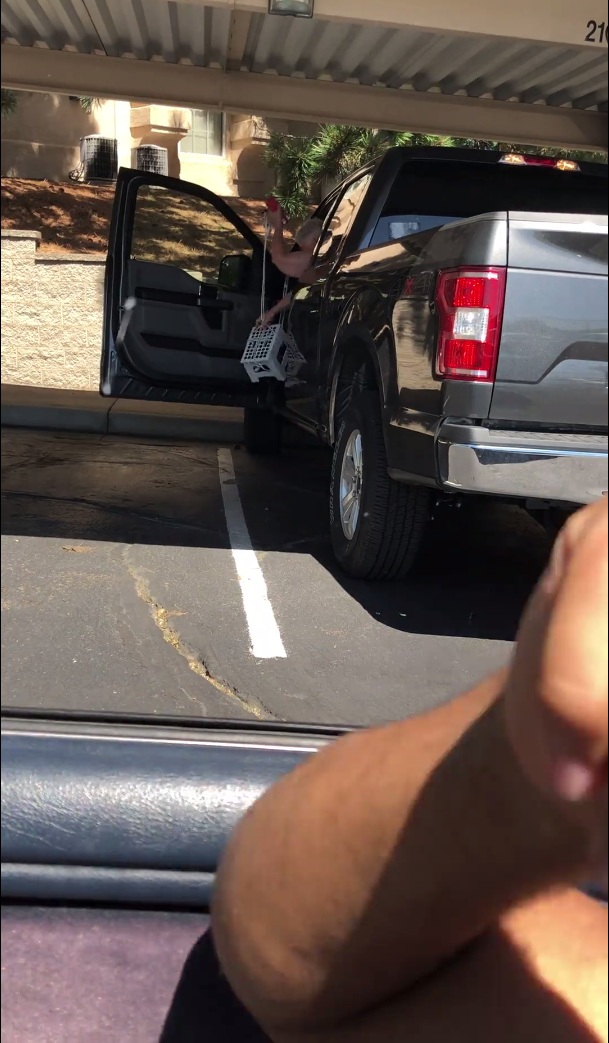 Amused by her smart trick, she later told her daughter about it over the phone but her daughter could not believe her.

That was the moment when the grandma decided to do a demonstration on how she utilized the stool to get inside her Ford truck to her daughter and it was truly hilarious and smart! 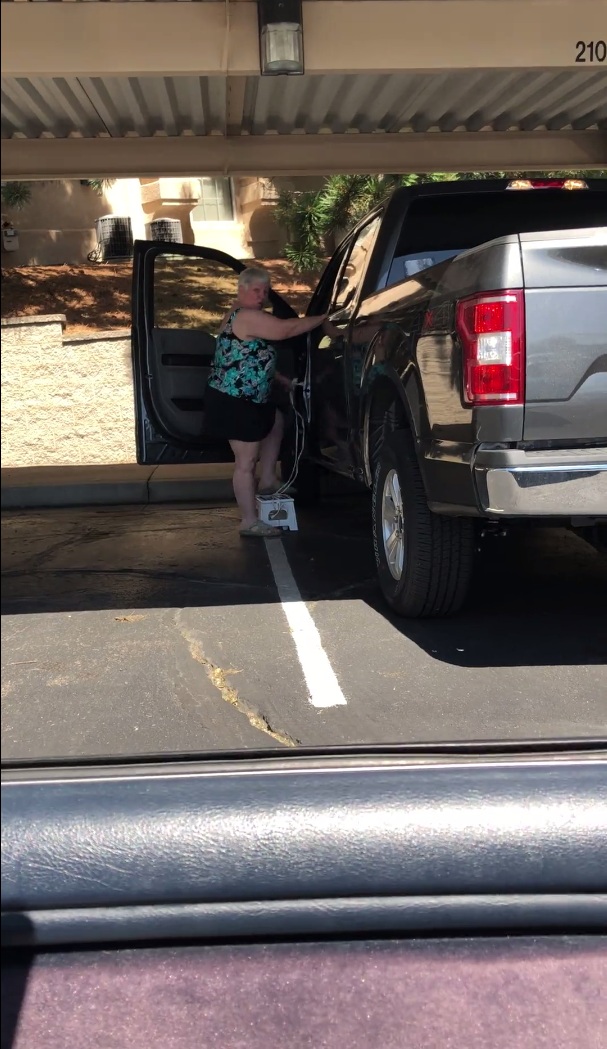 “My mother’s Ford Fusion was at the dealership being worked on for a recall and all the rental company had was the Ford F-150 truck. My 65-year-old mother was having trouble getting into it so she took her stool outside but didn’t know how to get the stool in the cab with her so she went in her extension cord drawer and found 2 that matched in length and rigged up the stool so she could get it in the cab with her.

My mom tried to explain what she did over the phone but I drove to her apartment to see what she was talking about. My son and I recorded her,”  said Holly Ann Rochelle Garvin, who recorded the video.

What do you think of her idea?

An Internet Celebrity Slims Down 3 to 4 Kilograms Due to...