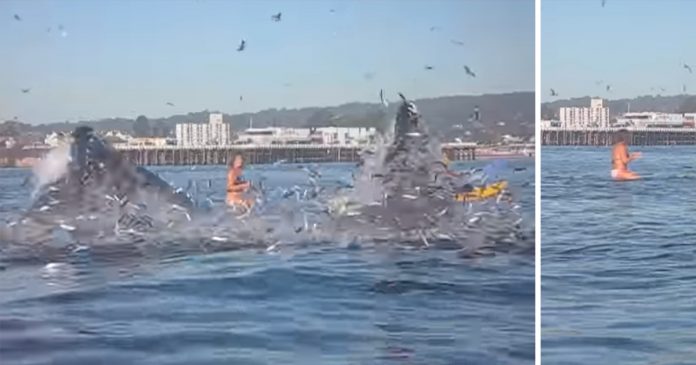 It was sunny and breezy, a perfect time to go surfing. This lady from California thought so too when she went to the beach in Santa Cruz to surf.

Little did she know that she nearly became the meal of a giant humpback whale!

The hair-raising incident occurred in November 2011 where Barb Roettger had her camera rolling to capture the amazing view of the beach in Santa Cruz, California.

Also appeared in her footage was one woman who was paddling on her surfboard. The woman later can be seen paddling forward to nearby kayakers.

While it all seemed to be a pretty relaxing moment for all of them enjoying the sunny day at the beach, a giant humpback whale decided to give the surprise of a lifetime!

Not long after the lady on the surfboard paddled towards the kayakers, the giant humpback whale breached out of the water with its jaws wide open 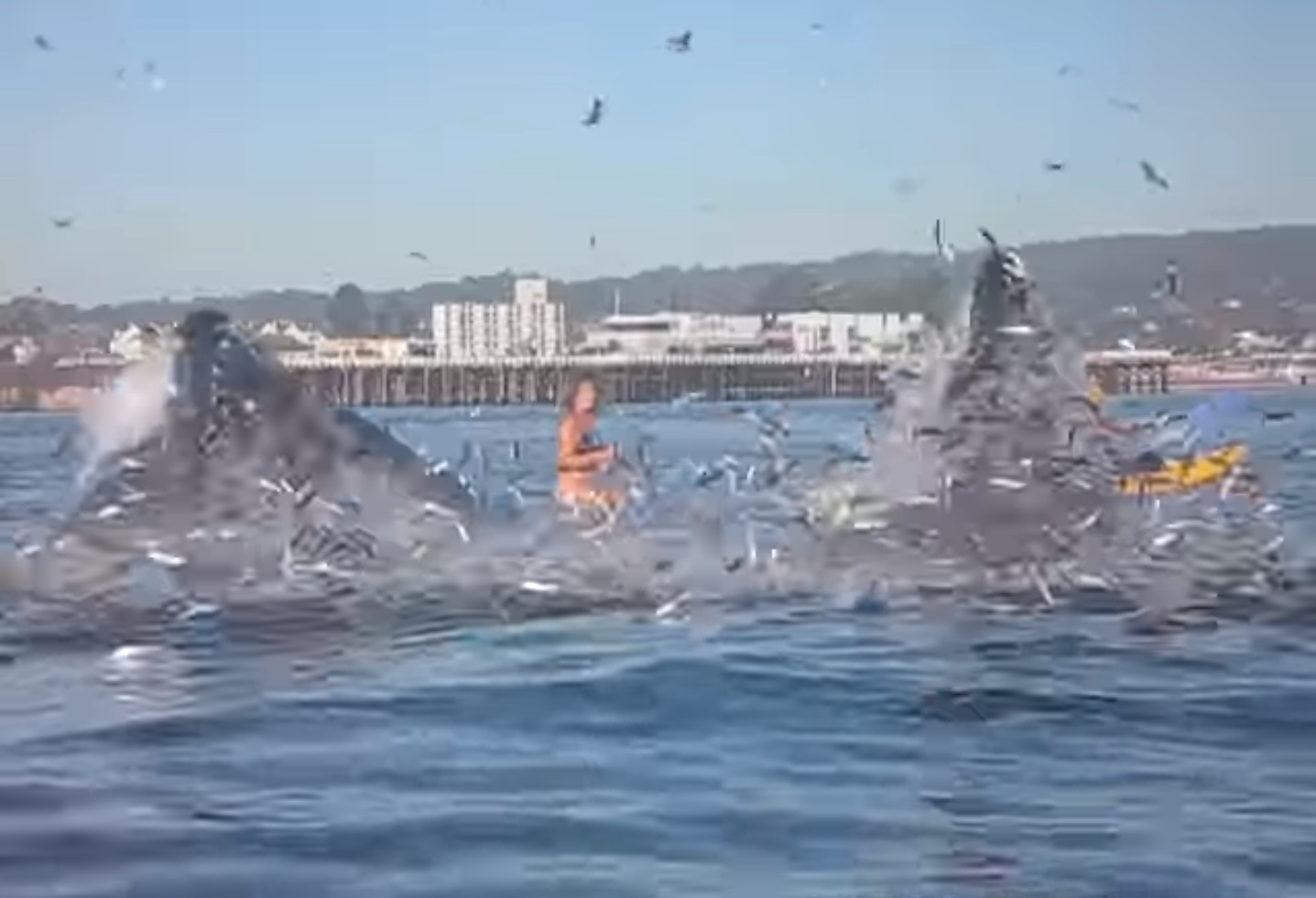 The shocking encounter which was luckily captured on camera shows how terrifyingly close the lady surfer to the humpback whale, just a few meters away from being swallowed by the giant mammal.

Apparently, the giant humpback whale was feeding off anchovies and it breaching out of the water with its jaws wide open was to catch the fish. 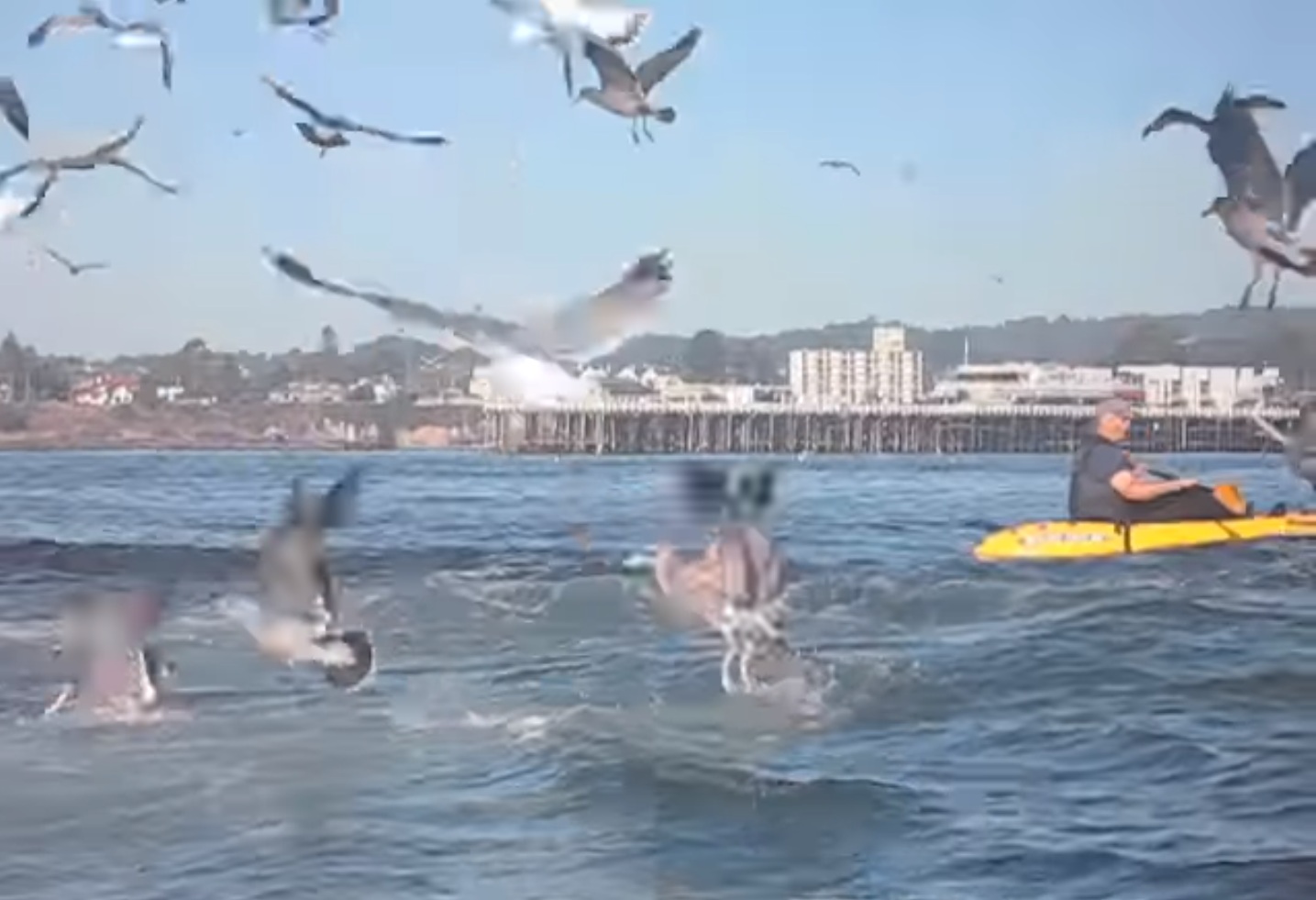 Whale watchers are advised to stay at least 100 yards away from whales’ feeding area as close encounter like this could expose them to dangers.