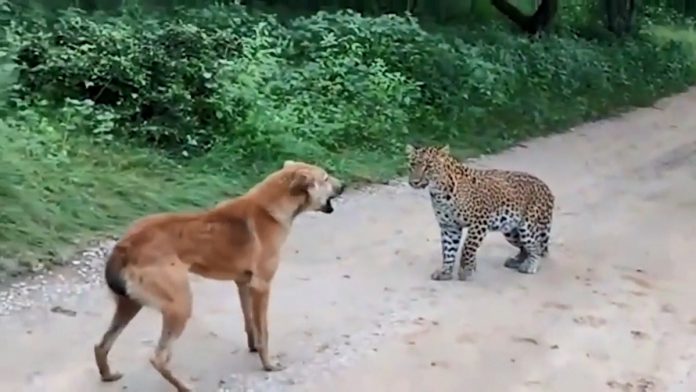 This is a spectacular moment when a fearless dog bravely stands on his ground against a vicious predator, a leopard in India.

The brave dog was caught on camera barking at the leopard in front of visitors at Jhalana Safari Park in Jaipur, Rajasthan.

The dog was said to be walking with a limp leg along the safari trail when the jeep carrying the visitors came across him.

The canine later paused on the trail before he took a rest in the middle of the road and went to sleep.

A moment later, the visitors noticed that a leopard was stalking the dog from behind the bush and it was not long after that the leopard took his chance to attack the dog 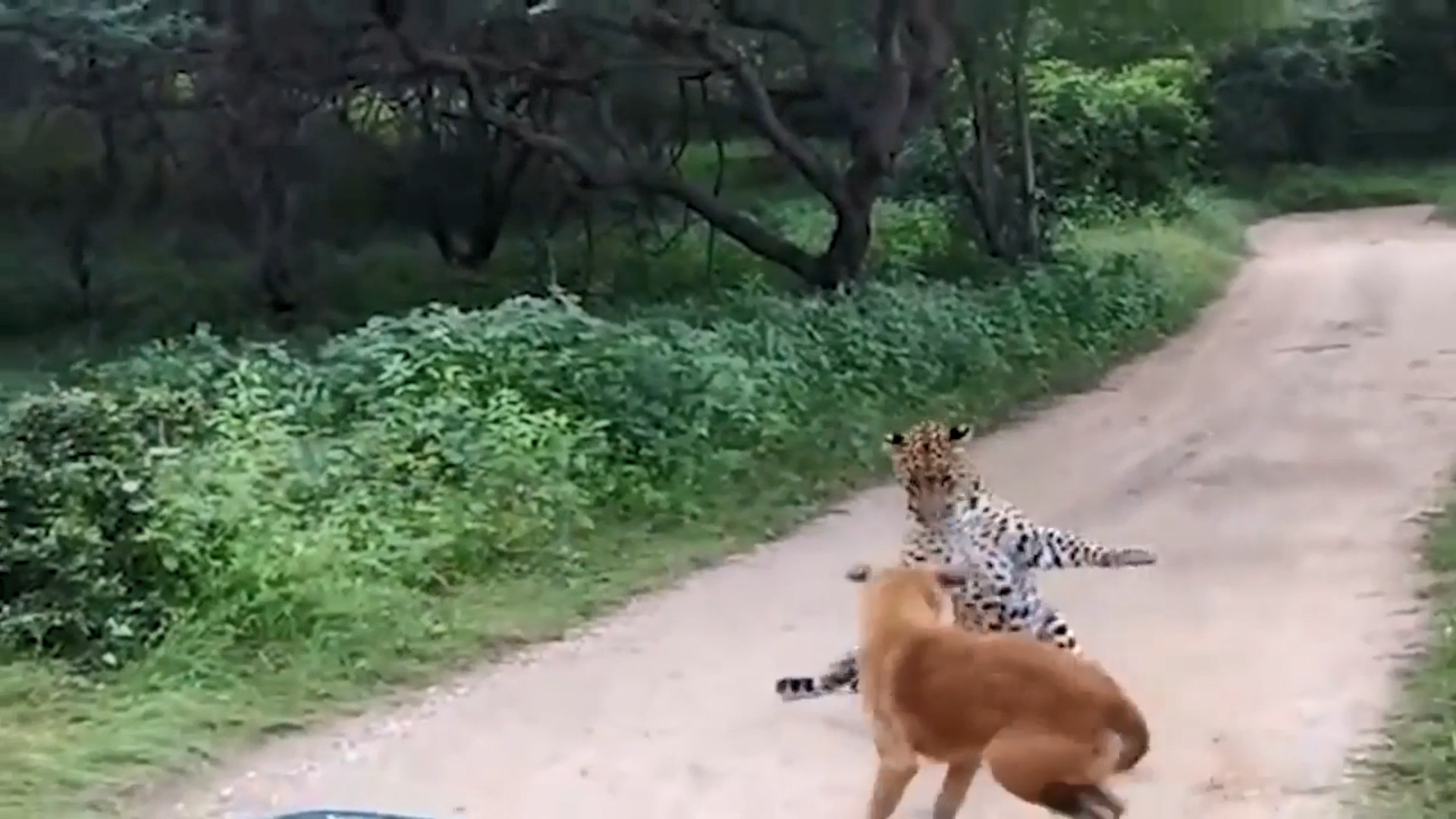 One shot of the camera shows that the dog was completely taken by surprise when the lion jumped out of the bush and pounced on him.

However, the dog quickly counter-attacked the leopard, barking loudly at the predator 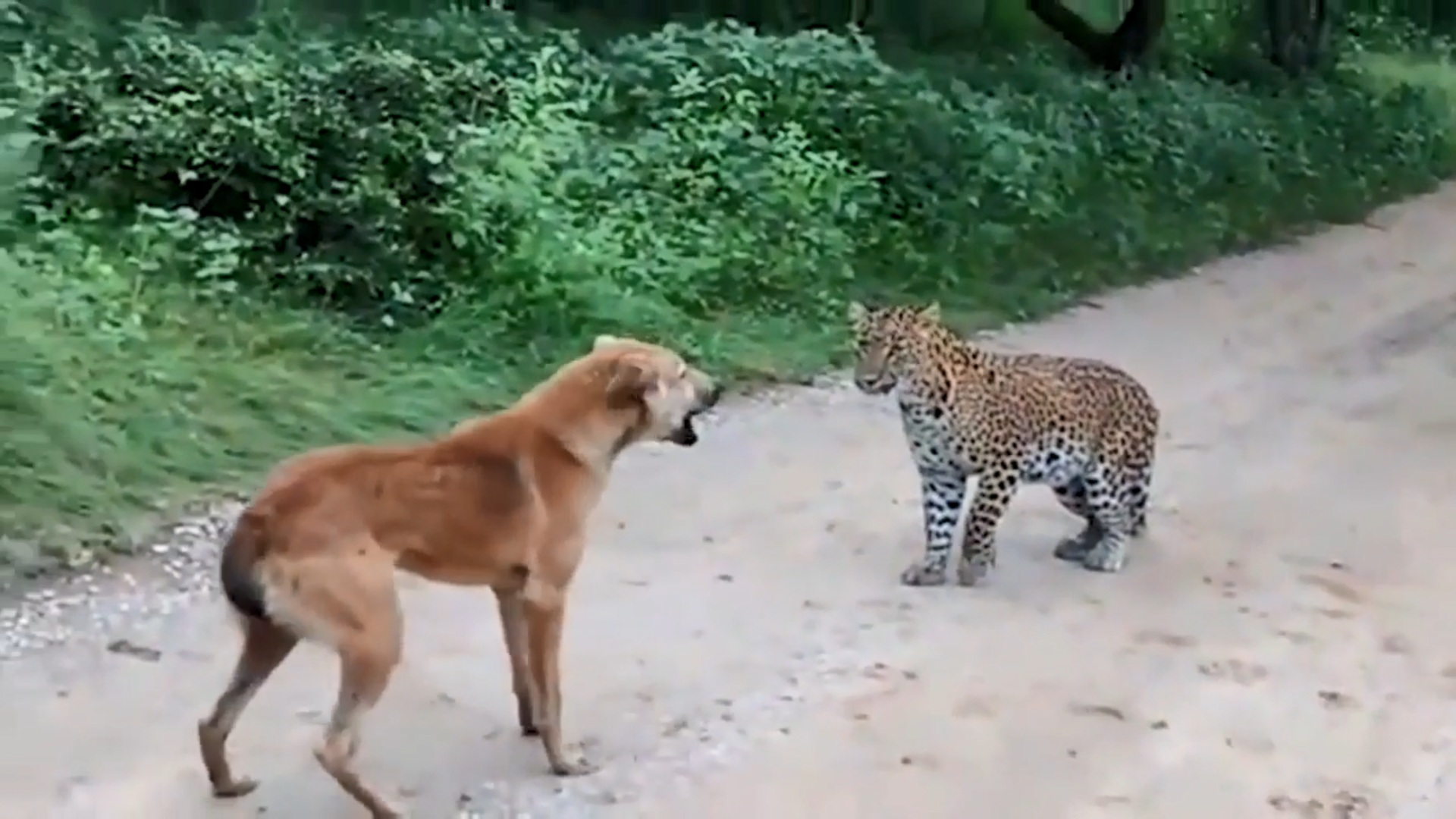 The leopard can be seen quite surprised by the courage showed by the dog. 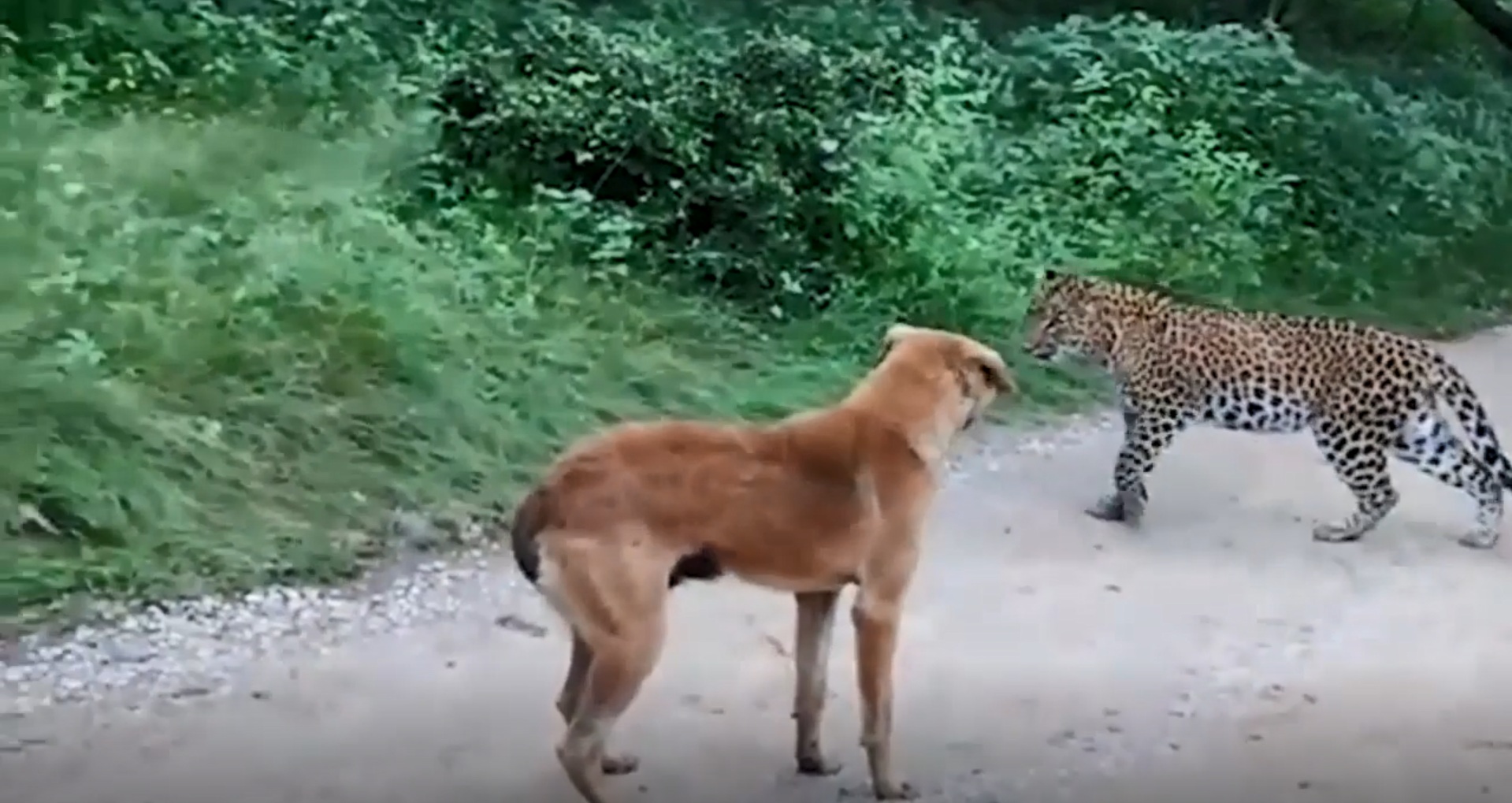 The brave dog definitely deserves all the credit for being fearless against the leopard! 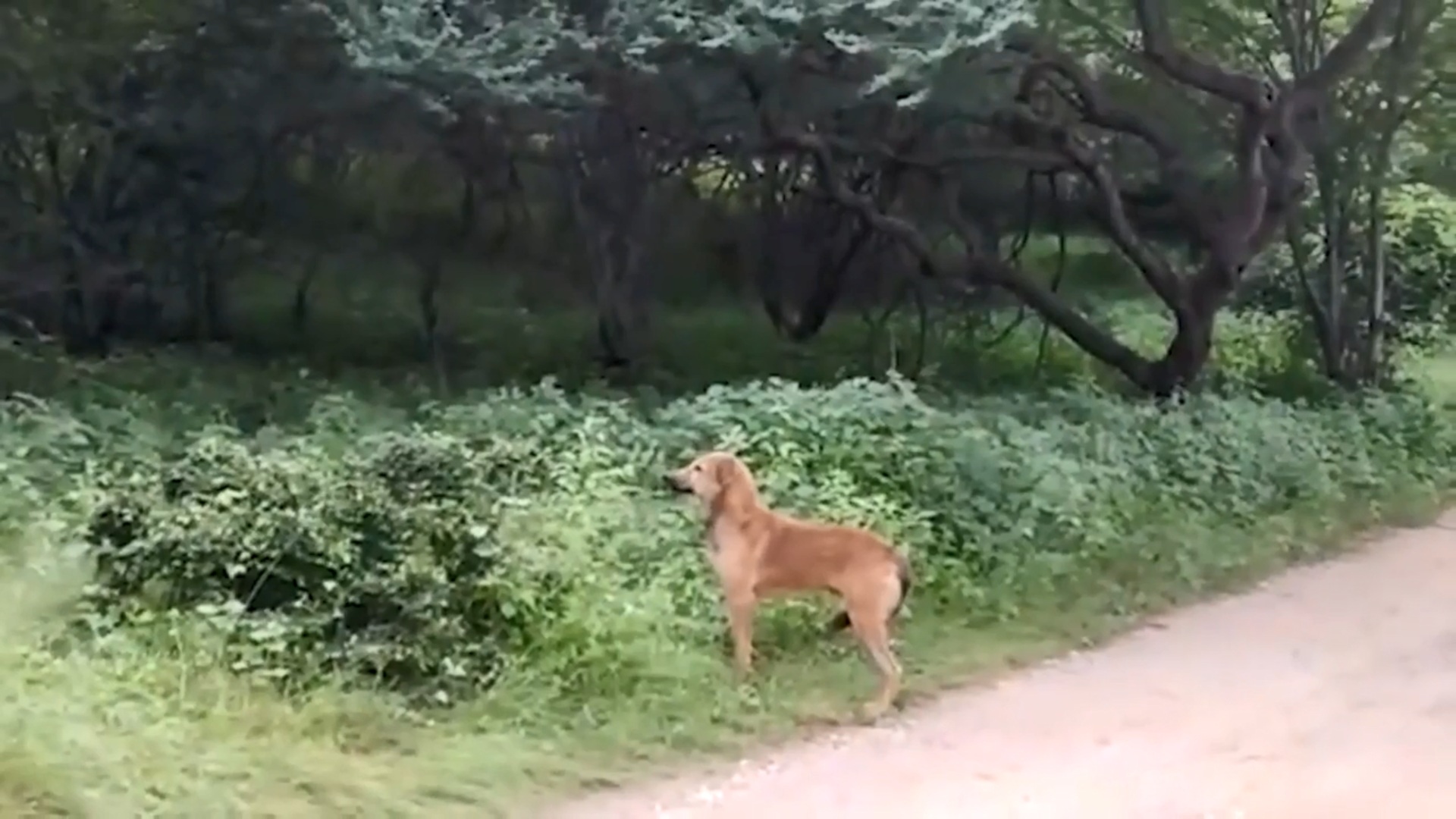 Suspense moments when a hippo bites an unsuspecting crocodile and the...

Adorable moment panda gets too excited when he sees snow