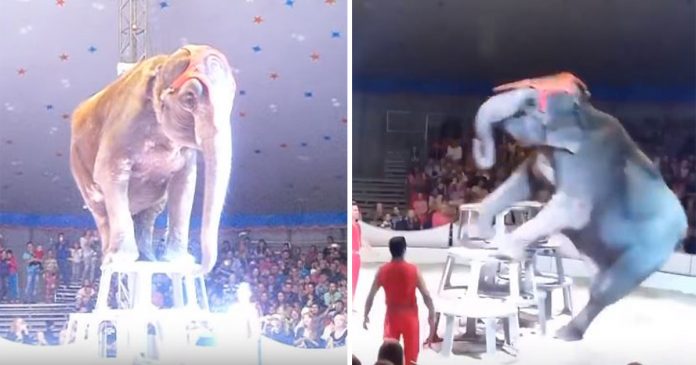 Russia is famous for their circus performance. However, there are negative sides of circus. Animals are basically forced to perform and viral videos of circus animal abuses were exposed to public in recent years in the Internet.

However, circuses still attract thousands of followers and fans to watch the wild animals in actions. In this video, an elephant falls down during performance, and the other elephants quickly running to it to check if it’s alright.

Warning: some viewers may find this video disturbing. 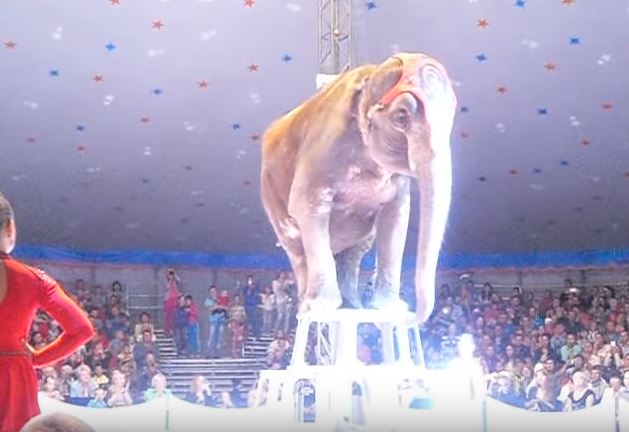 On the left side of the stage, it can be seen that two other elephants are patiently watching their brother’s act in the spotlight 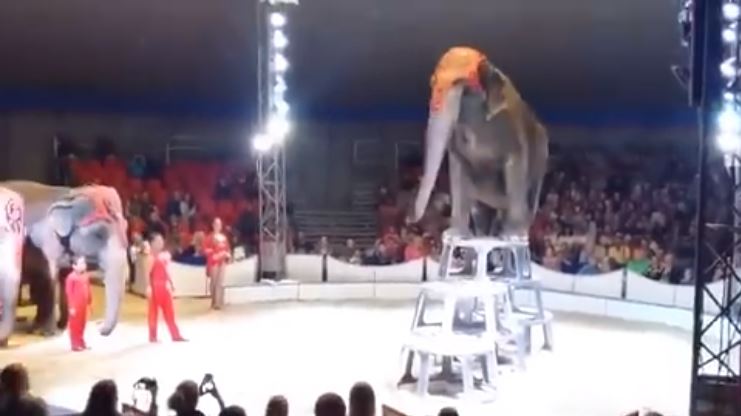 While on the platform, the elephant looks from left to right as if it was scared or seeking assurance from its other siblings 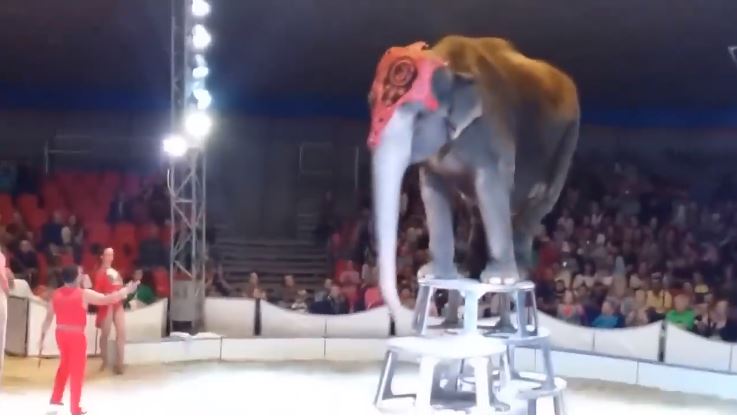 As if the heights weren’t scary enough, an elephant trainer began signalling from the grounds and the elephant on the platform slowly raised its hind legs 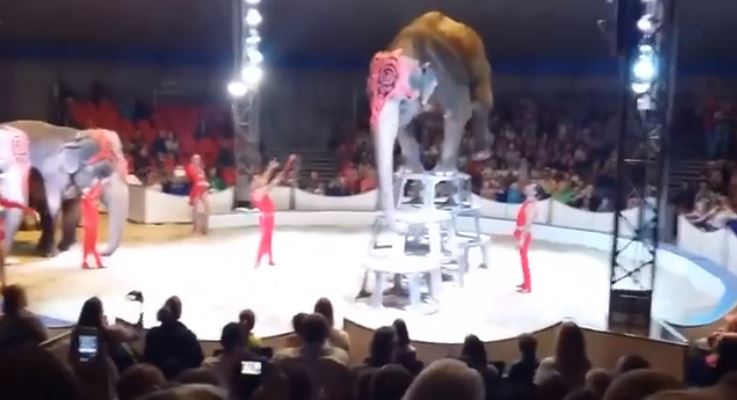 The circus crowd can be heard showing their amazement and applause for the difficult trick the elephant just pull off. However, the surprise did not end there.

Shortly after the stunt, elephant’s nightmare came true. It lost its balance and fell from three tiers of high platform! 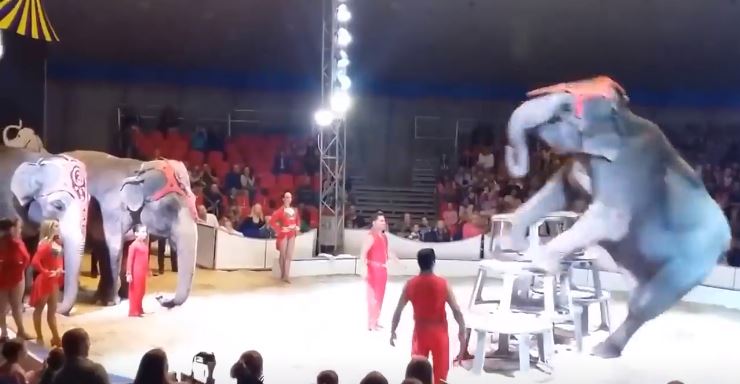 The two elephants who were watching from the side earlier, quickly came to his rescue and check if he’s okay 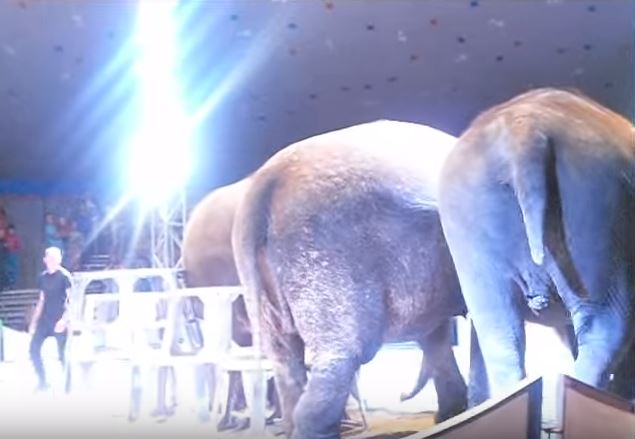 The display of affection shows that animals have hearts just as big as humans, to help those who are in need.

You can watch the video here: