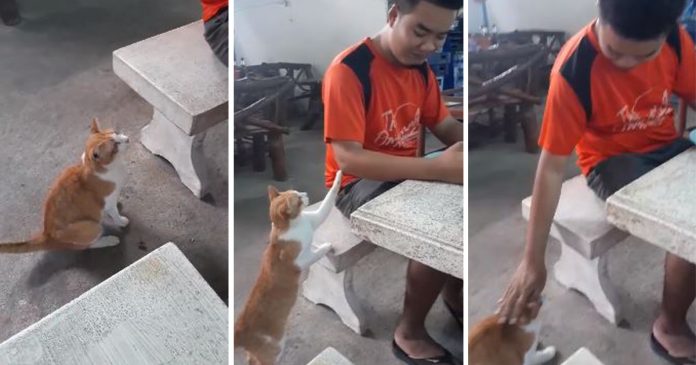 In most Asian countries, eating out means more than just meeting friends and having good food. As at most times, you will be greeted by furry friends who live on the streets.

Some are aggressive and desperate, snatching food directly from your hands and others will just sit still by your side, staring at you to give them some food. Recently in Thailand, a furry resident of the streets became viral after it’s mellow and friendly demeanor in begging tugs our heartstrings. 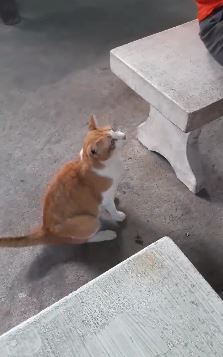 To gain attention, the cat very good-naturedly called the diner by touching his elbow with a tap of it’s paw. In animal language, its “excuse me” 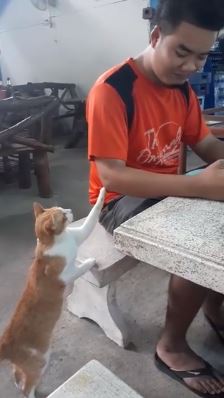 When the man finally looked at it, the cat put its both paws together to ask for food 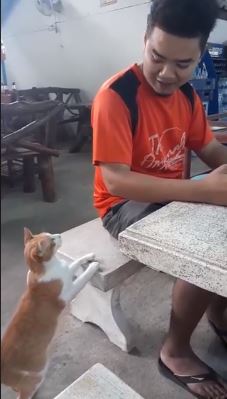 The man laughing at the cat’s cuteness, conceded and gave some of his food to the cat by his bench 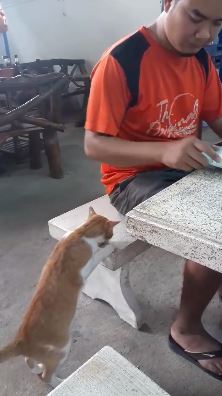 Thankful by the man’s generosity, the orange cat show its appreciation by tapping the man on his lap after it ate! 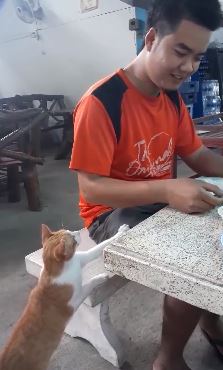 After that, the cat sat on the floor and continued to look appreciatively at the Samaritan. 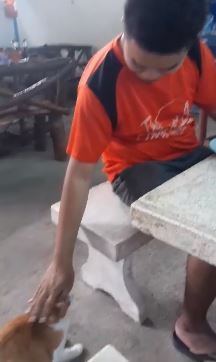 From where this takes place, we do hope that a good Samaritan will give this orange cat a warm home and family. Last but not least, remember. “Adopt, don’t shop”

Watch how the polite the cat is!

Protective mother dog had tears in her eyes when she turned...