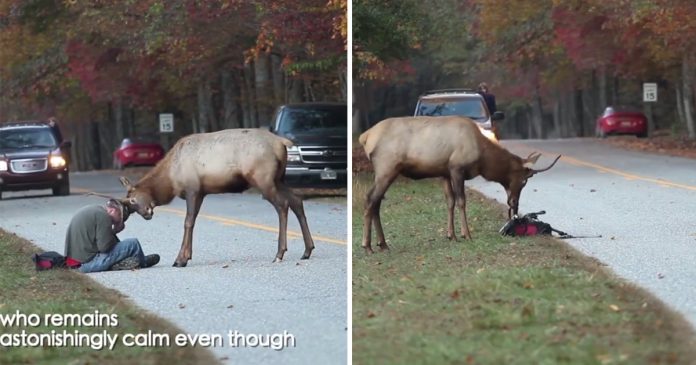 As a wildlife photographer, James York has frequent many national parks and wildlife sanctuaries where he takes photographs of the animals from a safe distance.

However, he never knew that he would have a very close and dangerous encounter with an elk when he visited the Great Smoky Mountains National Park. 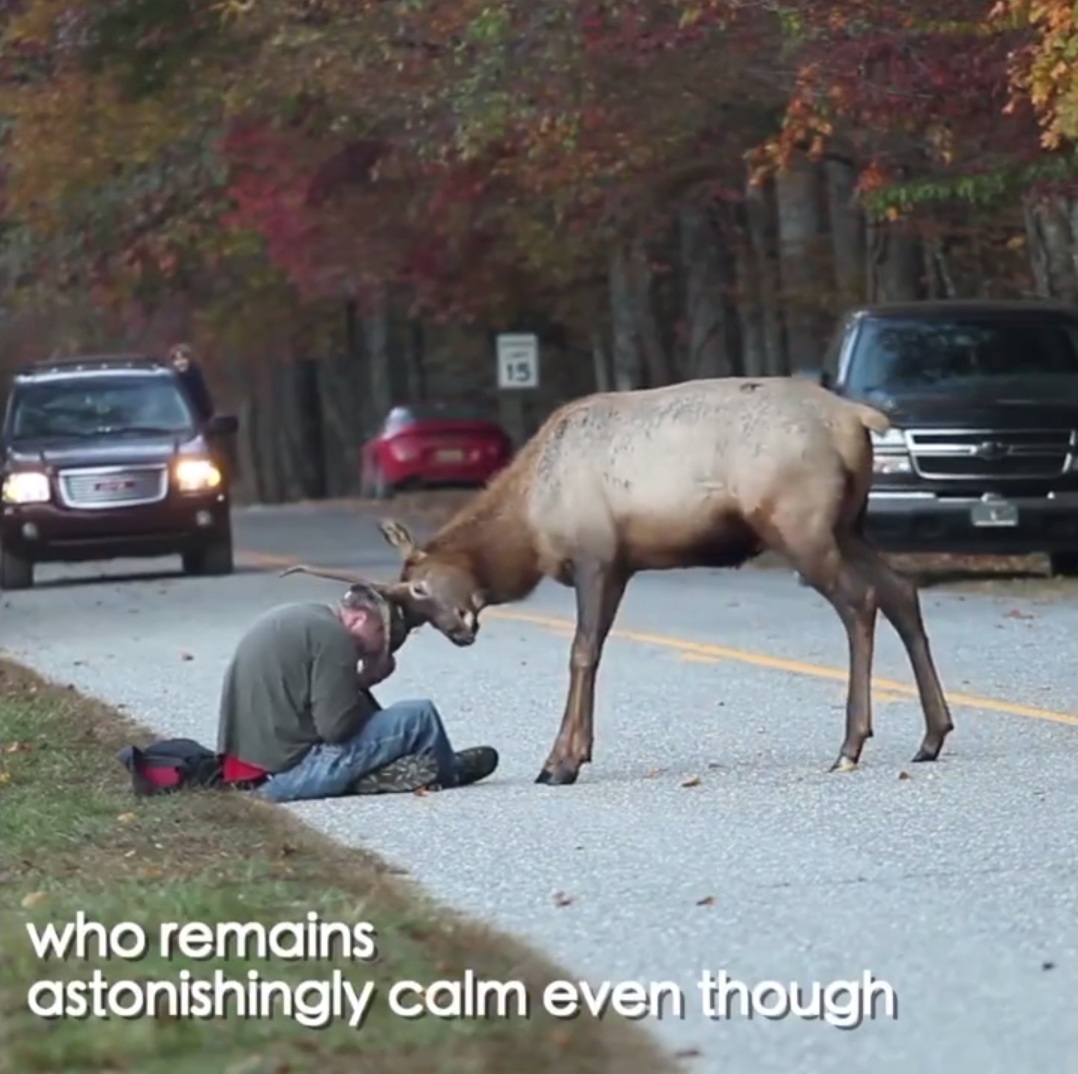 York was taking photographs of an elk when he spotted one at the national park with his camera on October 20, 2013. As always, the photographer maintained a safe and respectful distance between him and the wild animal.

However, the young elk took an interest in York’s gear that it approached the photographer not long after that. 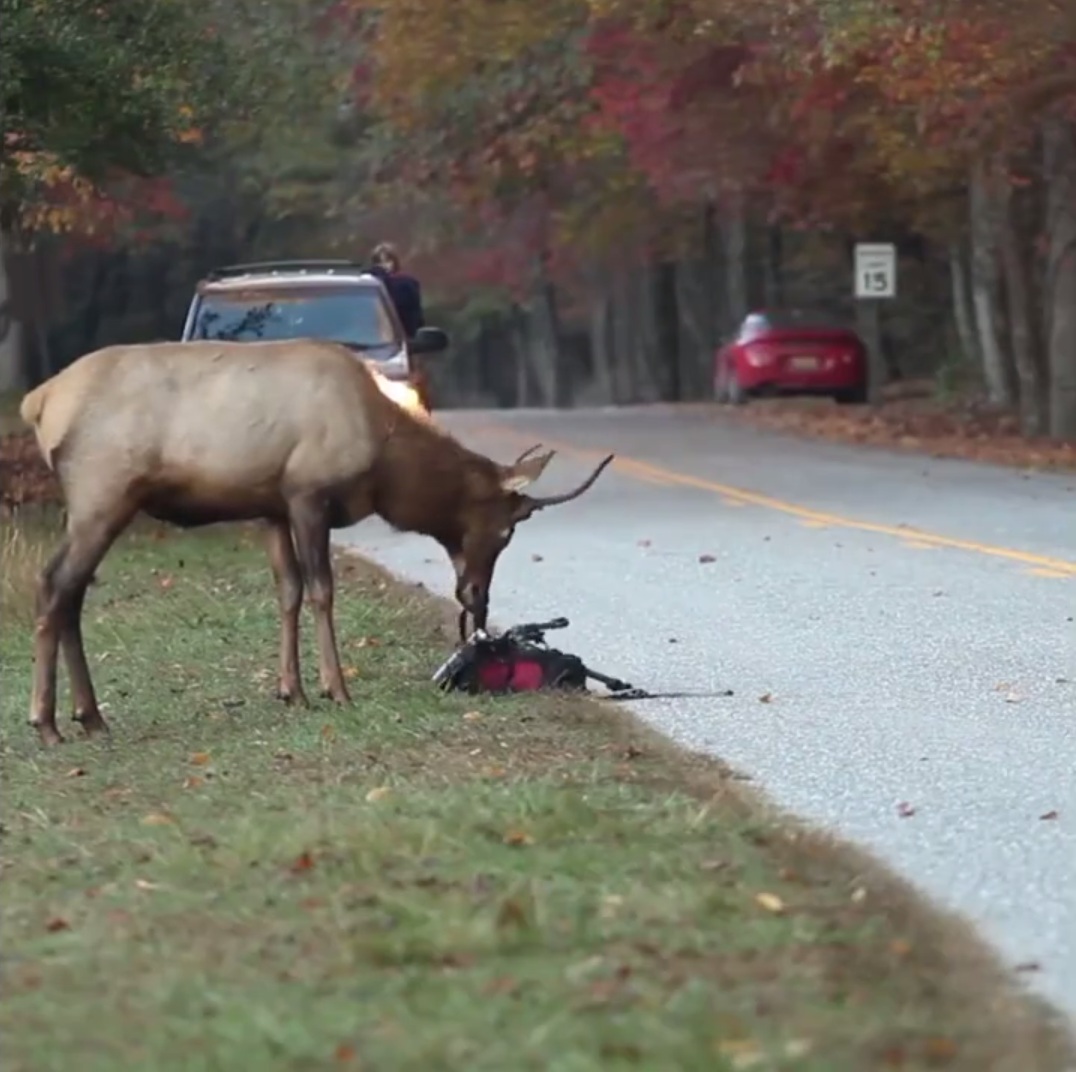 In a blink of an eye, the photo shoot turned into a headbutting match between York and the young elk. 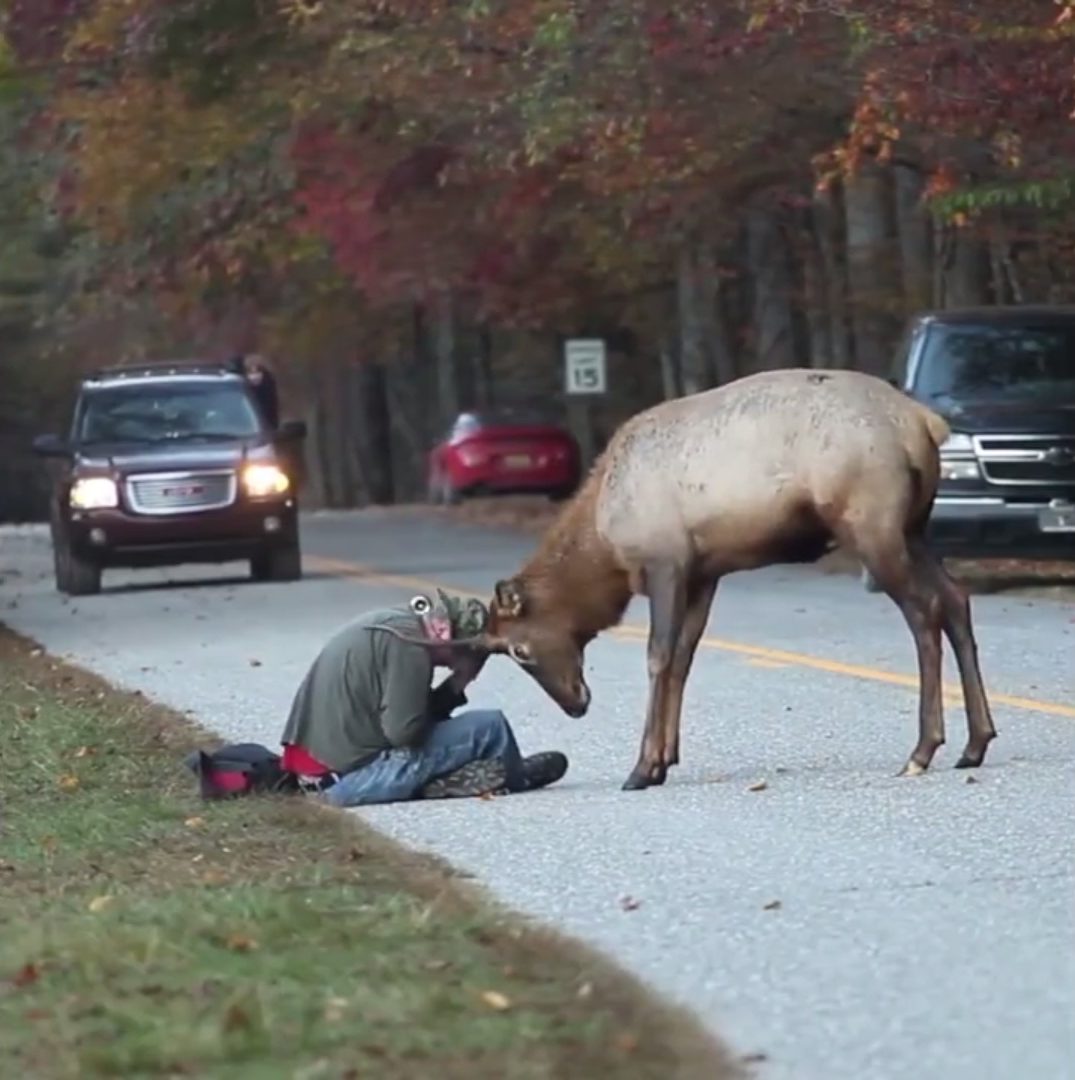 In the video, York knows that it is better to keep his head down and sits in a submissive position to not aggravate the situation. Unfortunately, the young elk keeps headbutting York with its long antlers, jabbing him in the head and neck.

Thankfully, York manages to stay calm throughout the incident and he even manages to take some close-ups of the young elk.

In spite of York’s submissive action, the young elk, however, is seen to become more aggressive as the video progresses. 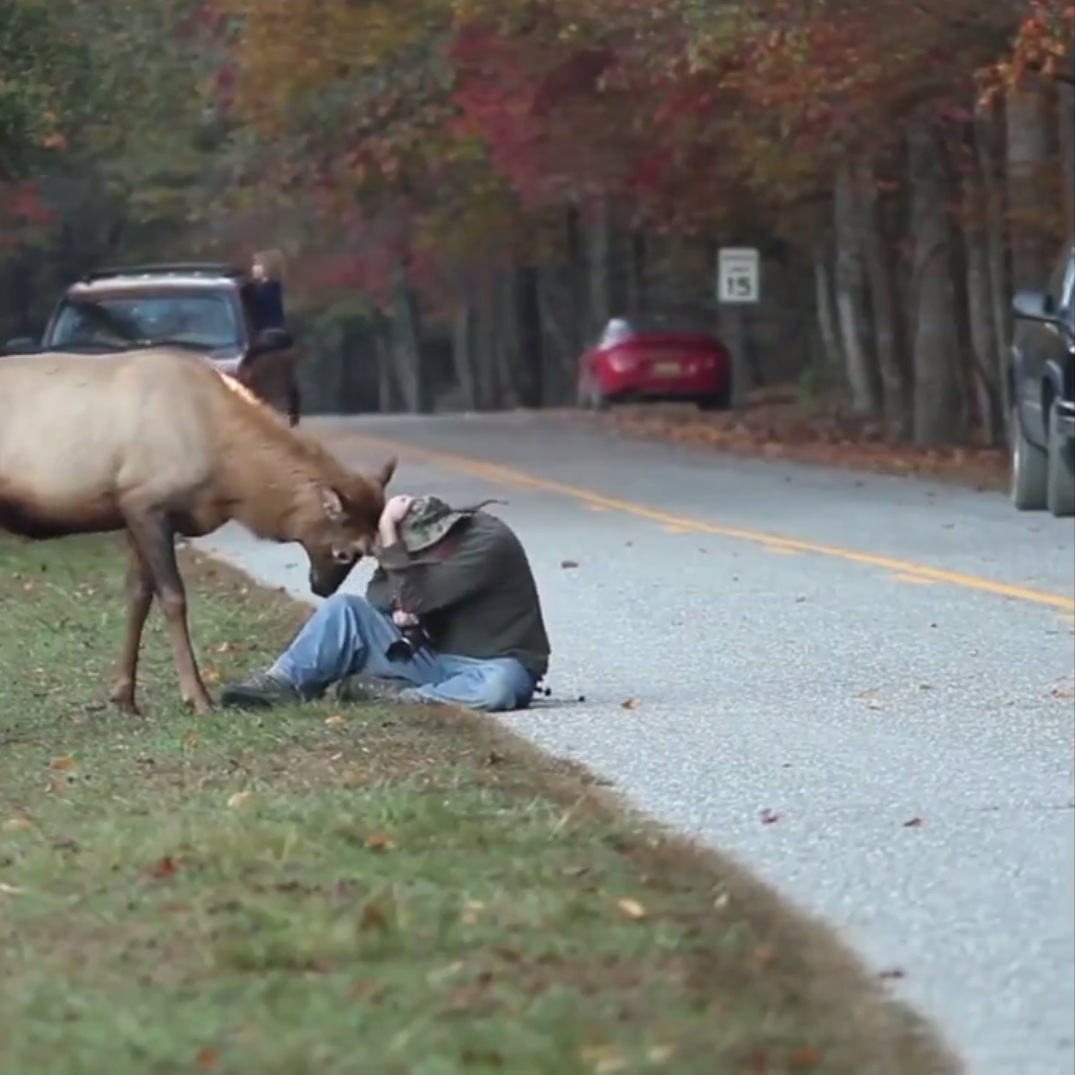 Seeing the young elk turning more aggravated at his presence, York later walks away to a safe area before the wild animal begins to charge onto him.

According to Colorado Parks and Wildlife spokeswoman Jennifer Churchill in an interview with CBS Denver, getting too close to elks can be a life-threatening as they are a territorial animal and they will not tolerate anyone who gets to close to their offsprings.