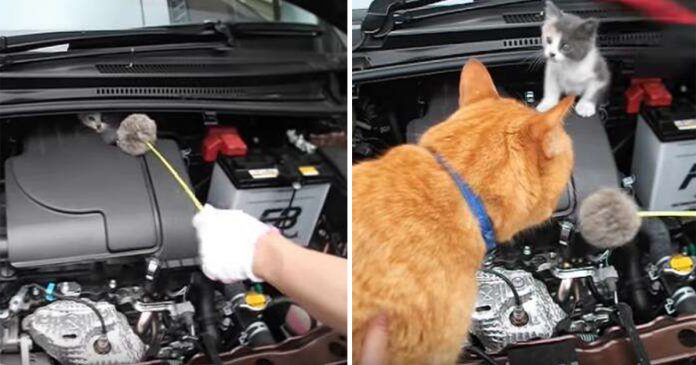 It is common to see cats climbing into car engines and hide in the spot to keep  warm during the cold weather but this could lead to a tragic incident if the car owner did not realise that there was a cat in their car engine.

For this car owner, he had a similar incident but lucky for him, he managed to notice the cat before it took a turn for the worst.

He realised that there was a kitten hiding in his car engine but there was one problem. The kitten refused to go out.

Since the kitten was quite small, it was hard for the owner to catch him as the kitten quickly went into hiding when he attempted to grab it. 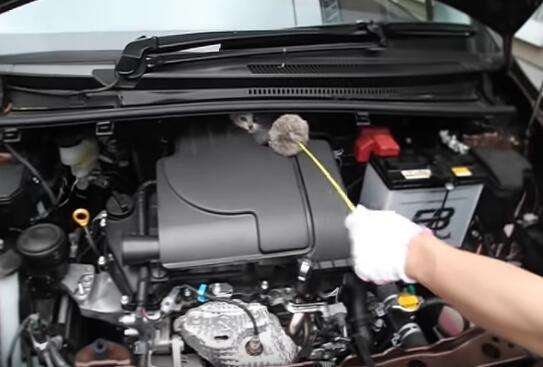 Lucky for the car owner, his neighbour helped him out with a brilliant idea—by using another cat to trick the kitten to get out of the car engine! 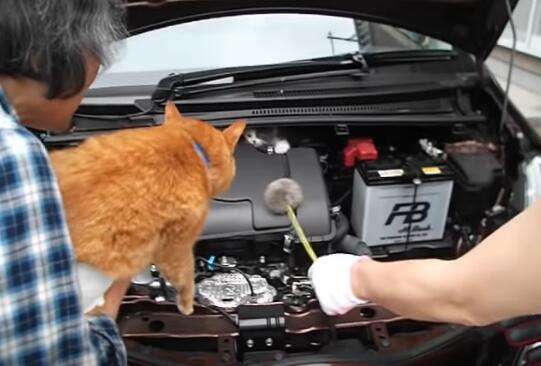 Apparently, the neighbour has an adorable orange tabby cat pet who saved the day as he became the cat whisperer to rescue the kitten.

As the neighbour held him, the orange tabby cat meowed to the kitten several times, probably advising the kitten to get out of the car engine before it was too late 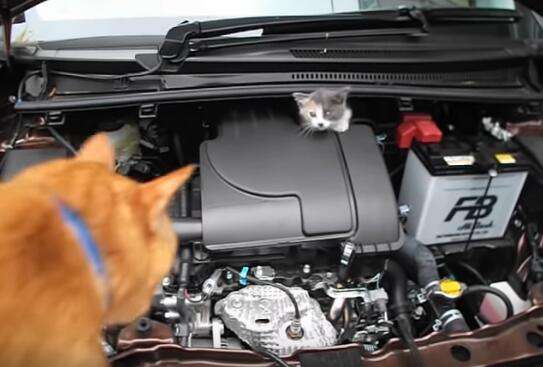 Surprisingly, the kitten began to walk out of his hiding spot.

It may have heard the orange tabby cat’s familiar meows that he finally realised it was best to get out! 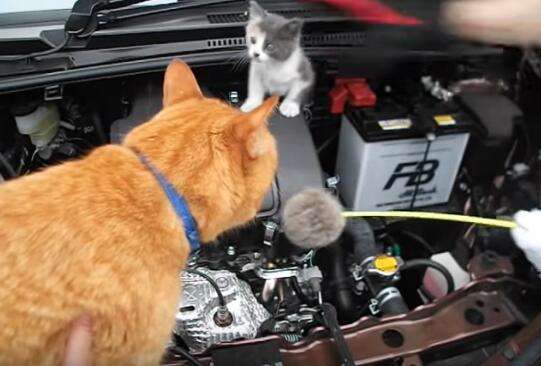 Seeing the kitten finally revealed himself, the car owner then quickly grabbed him and put the kitten into a carrier 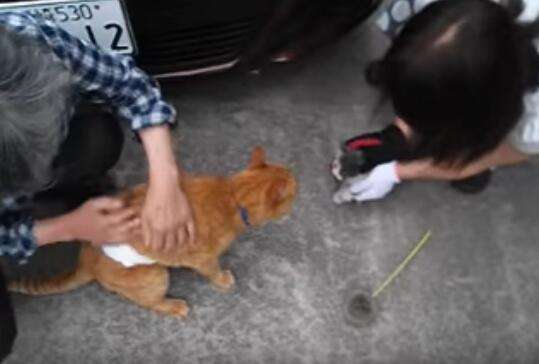 Thanks to the adorable cat whisperer, the kitten was safely rescued!

Tourists were in for a spectacular sight when two humpbacks decided...

Farmers are horrified when cat grabs duckling in mouth—but what she...