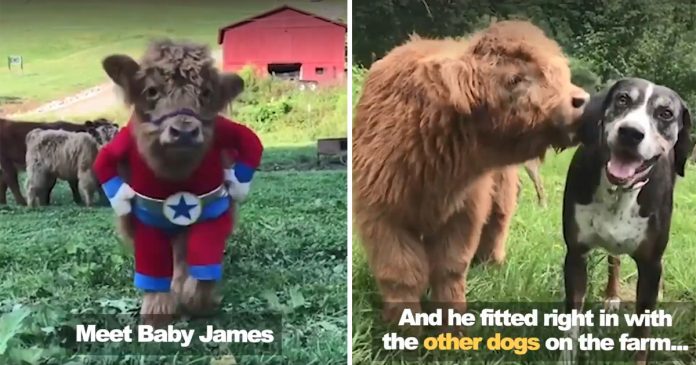 This Highland calf thinks that he is one of the family’s pet dogs and enjoys playing with them but there is a sad story behind it.

Couple Adam and Emily Hopson noticed that newborn calf James was not drinking his mother’s milk for the first two weeks of his life.

They believed that the newborn calf has suffered from a brain damage when he was born known as dummy calf syndrome.

Realising that it was best for James to receive a more intensive care inside their home, the pair brought the calf in.

James lived with the couple and their household dogs for two weeks at their home in Asheville, North Carolina 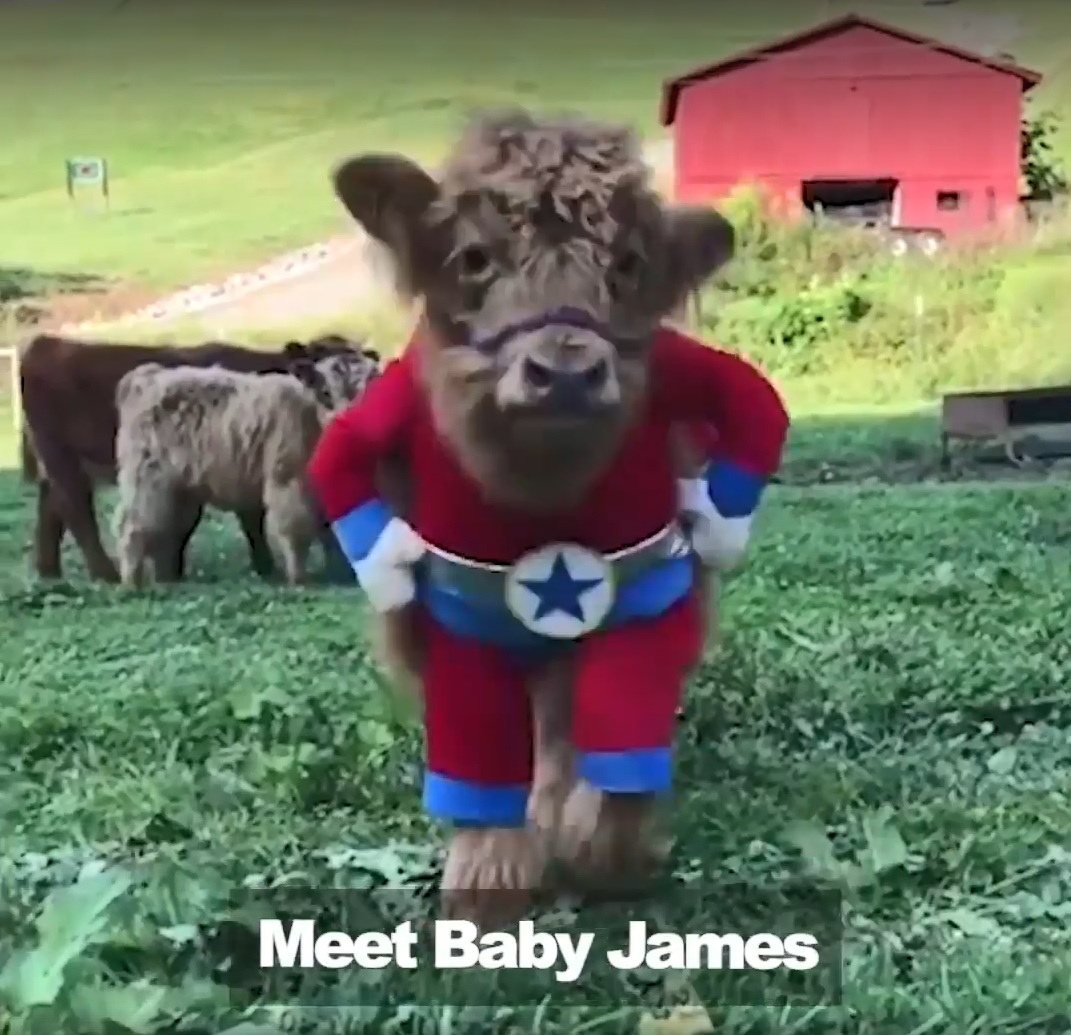 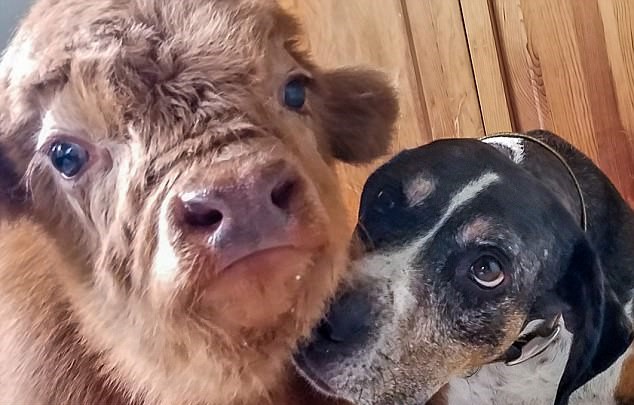 Unfortunately, when James later tried to rejoin his herd, the other cows were not convinced that he was a part of them. Sadly, the little calf was found bullied and ignored by the cattle.

Now at the age of four months old, James has regained his health and is a very playful calf but he now believes that he is a dog instead of a cow 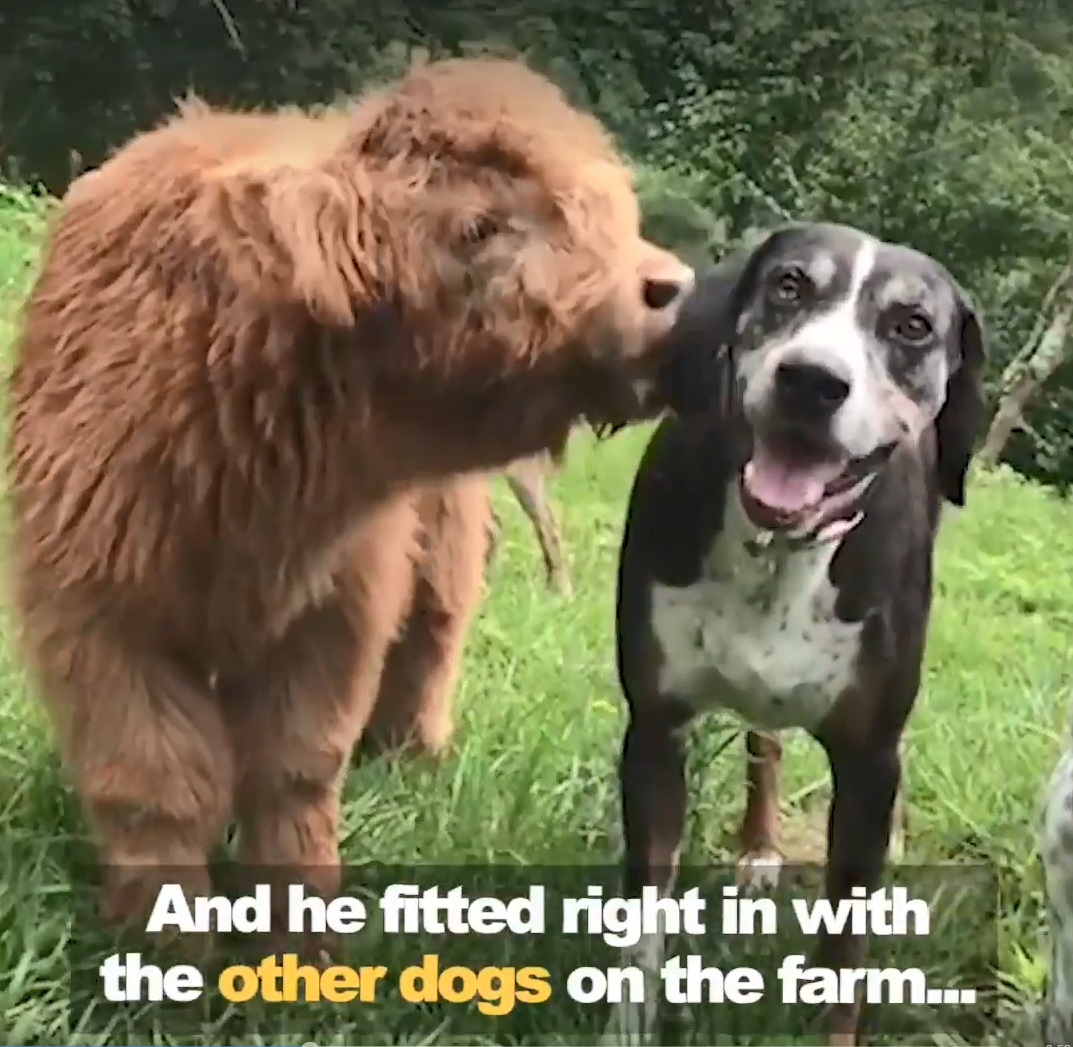 However, since James has grown so big, he is quite large to play with the dogs and even a gentle nudge from him can be rough for the canine

Even though he is not considered as the ‘cool’ one in the herd, James is gaining followers and attention on the couple’s Instagram page where he can be seen dressing up as an Ewok and a superhero! 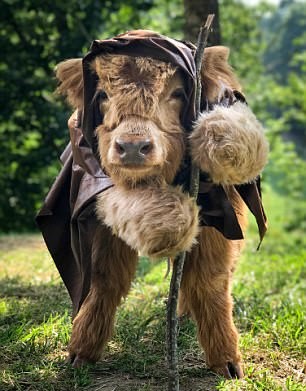 Check out this adorable video of James the calf here