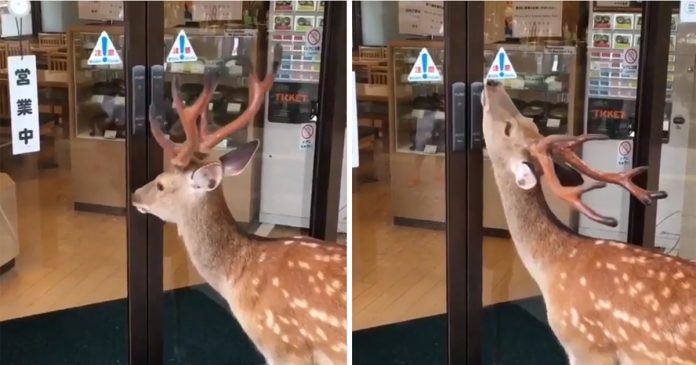 Those who have visited Nara Park in Japan know that the park is famous for friendly and adorable deer.

Even though it is originally a wild animal, the deer have been semi-domesticated. Thus, it is not a surprise to see some of the deer being absolutely comfortable and tame while in a close proximity to humans.

The deer also have a constant supply of food, mainly crackers specially made for deer but one deer decides that to have a change of taste by visiting a nearby restaurant in the park.

Hoping for someone to notice him at the restaurant’s entrance, the deer patiently waits outside.

However, as it keeps on waiting, no one actually opens the door for him 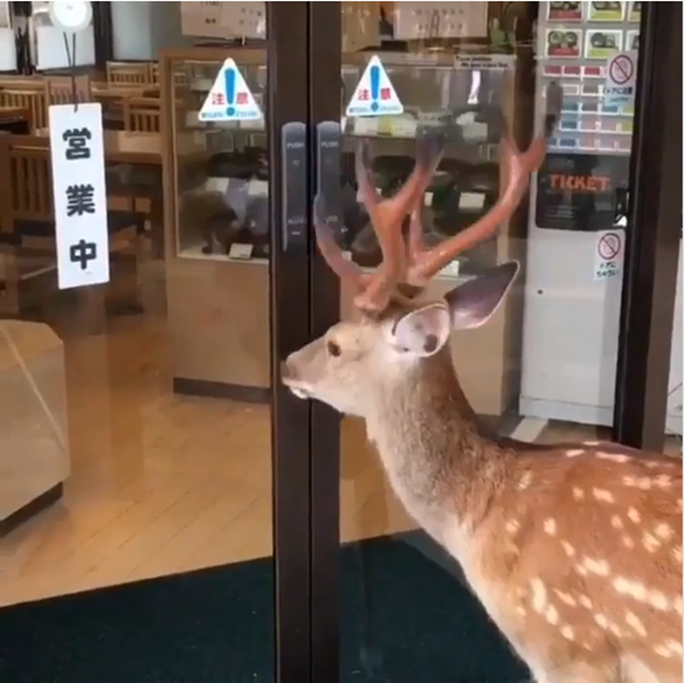 So, the smart deer chins up and uses his pointy chin to push on the button to open the entrance! 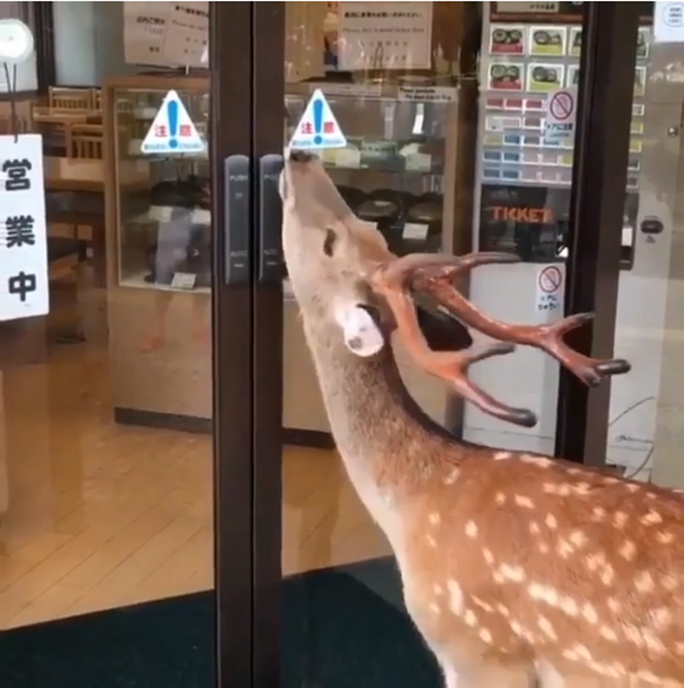 Nevertheless, as the entrance door is wide open, the deer, however, does not step inside.

It might probably just wish to see how the restaurant looks like inside. Suddenly, the door closes again 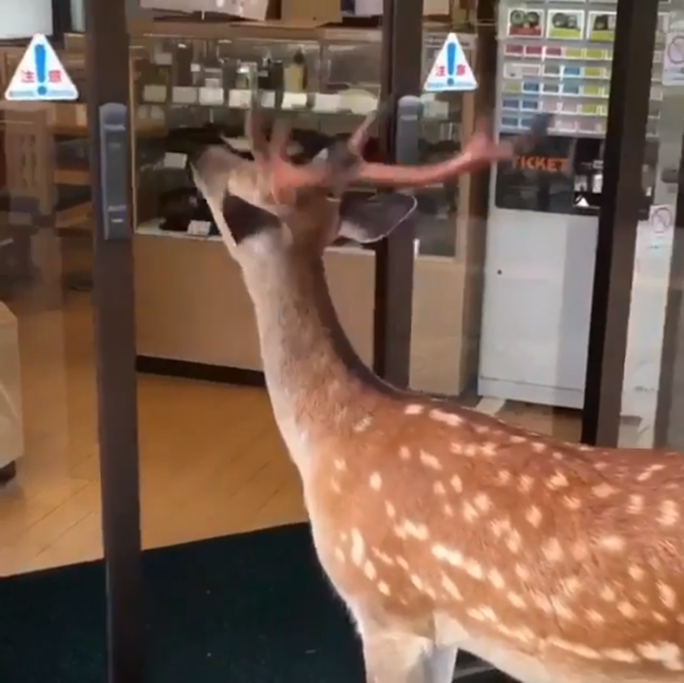 The deer once again uses its chin to push the button and the door is wide open just like at the beginning of the video! 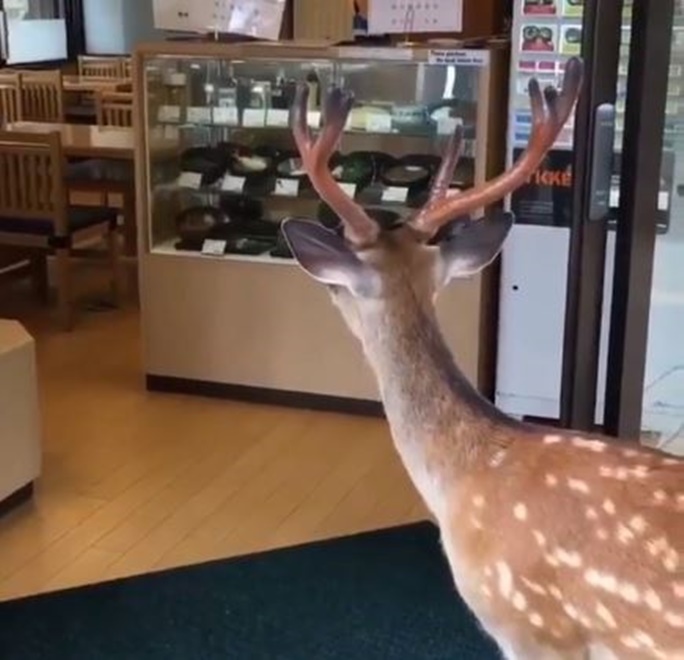 However, it only decides to stare at the artificial food displayed inside the restaurant. The deer might know that he is not supposed to step inside. What a smart deer!