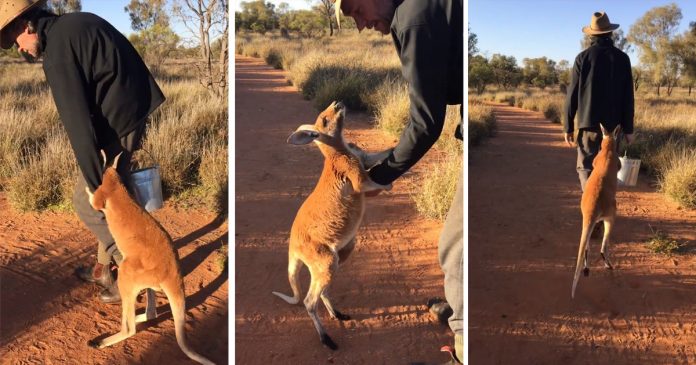 Kangaroo and their babies are known to have the closest bond between a mother and newborn in the animal world. Baby kangaroo lives in their mother’s pouch for almost 8 months after birth but happens if the pair were unfatefully separared ahead of time?

This baby kangaroo is filmed as it seeks for love and attention from its caretaker at The Kangaroo Sanctuary Alice Springs in Australia. It is a wildlife sanctuiary for rehabilitation of kangaroos that are displaced or troubled. 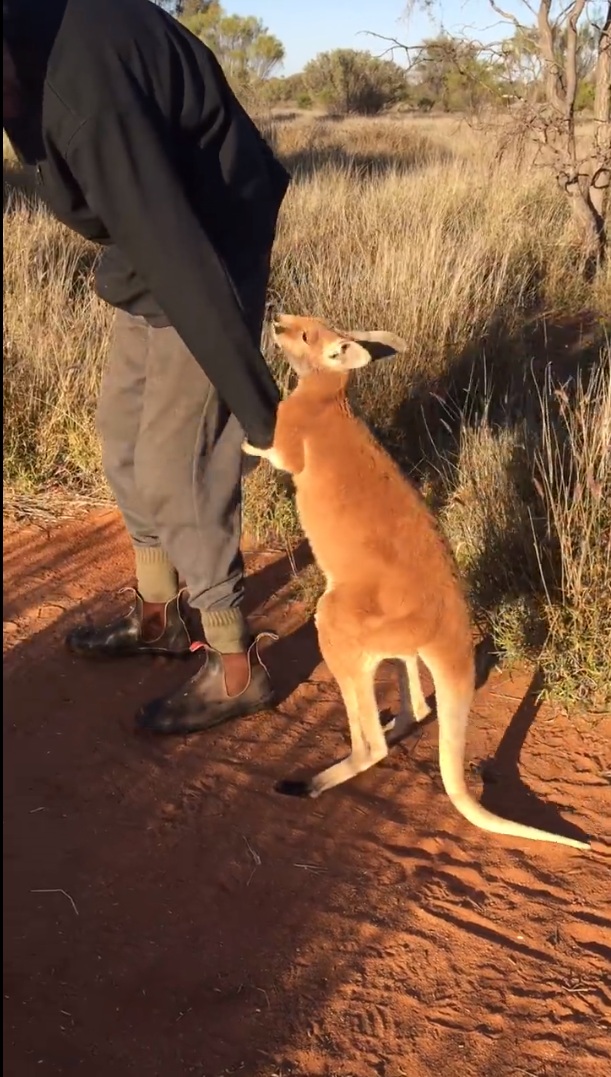 When the caretaker stops, the joey was tugging on his hand repeatedly 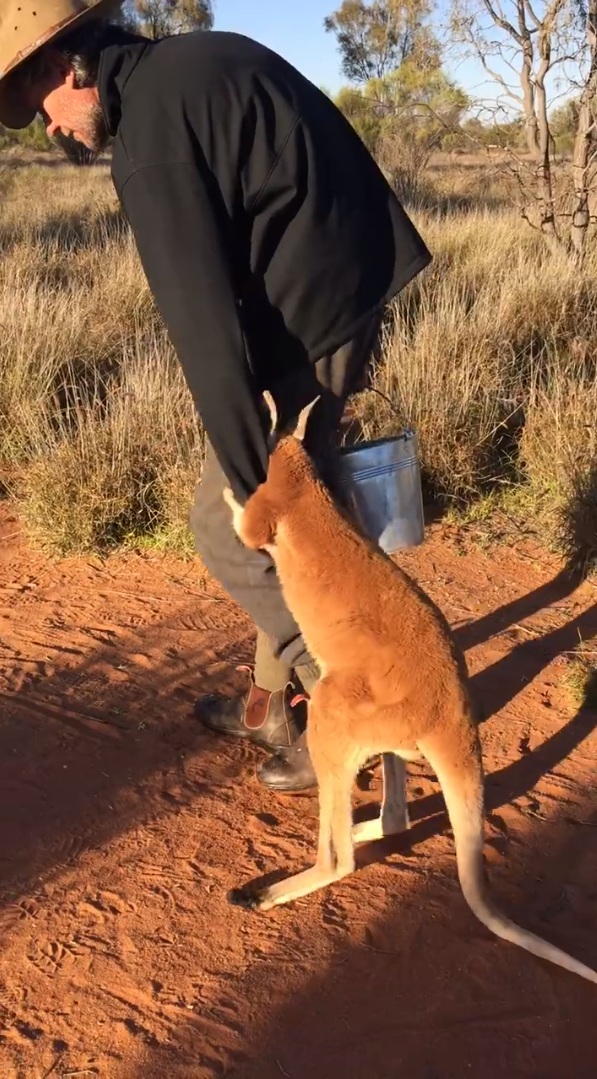 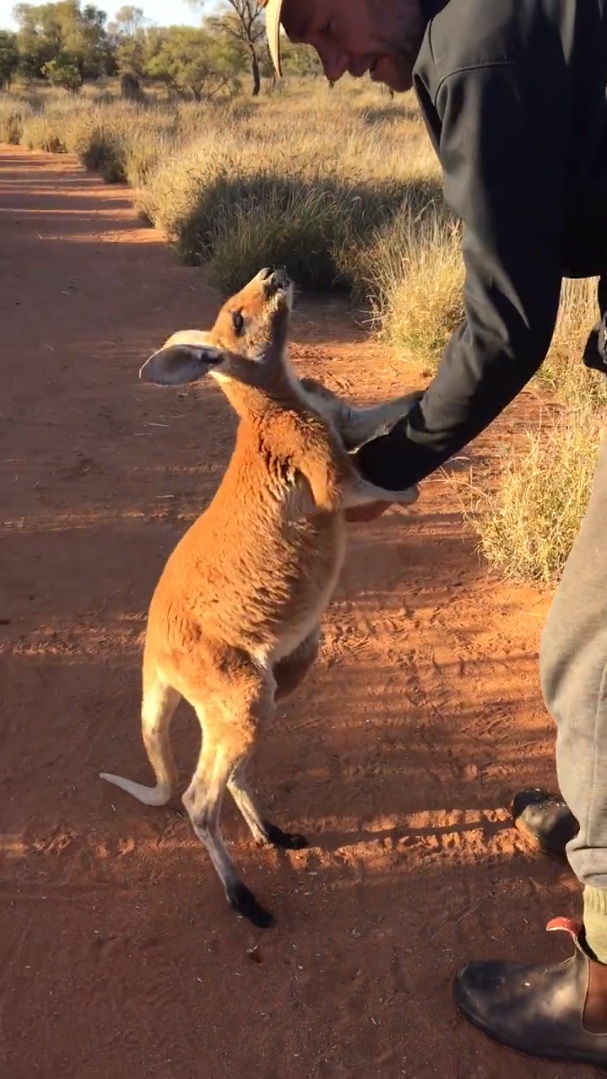 It was holding on so tightly to his chest that when the caretaker starts to walk, the joey was hopping by its side refusing to let go 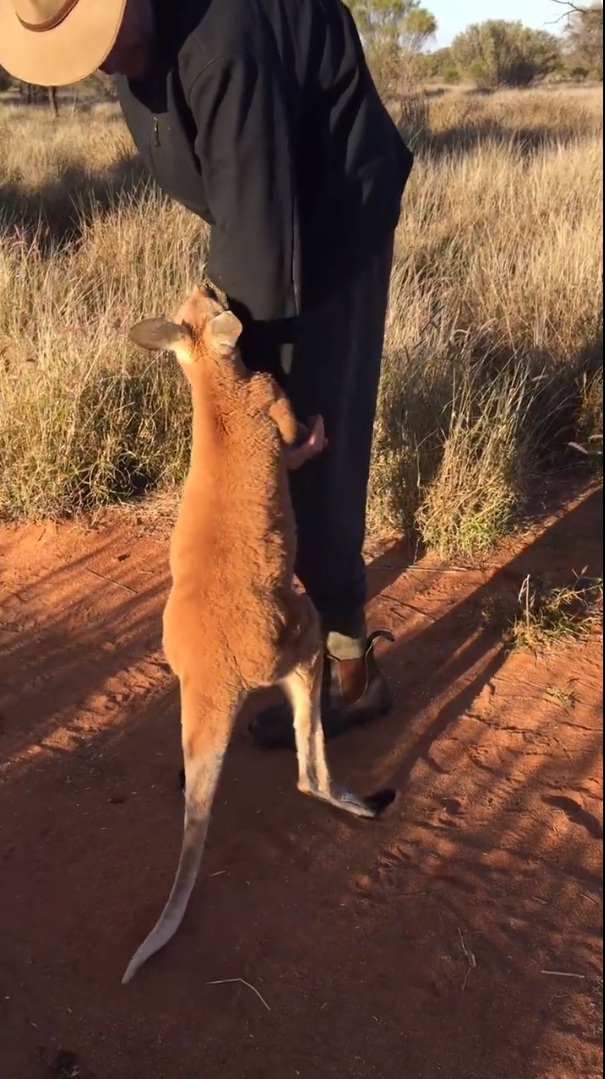 This adorable moment of the joey made the filmtaker and everyone around to laugh.

Finally, the caretaker manages to free his hand from the clingy baby kangaroo and walks away with the joey following him from behind 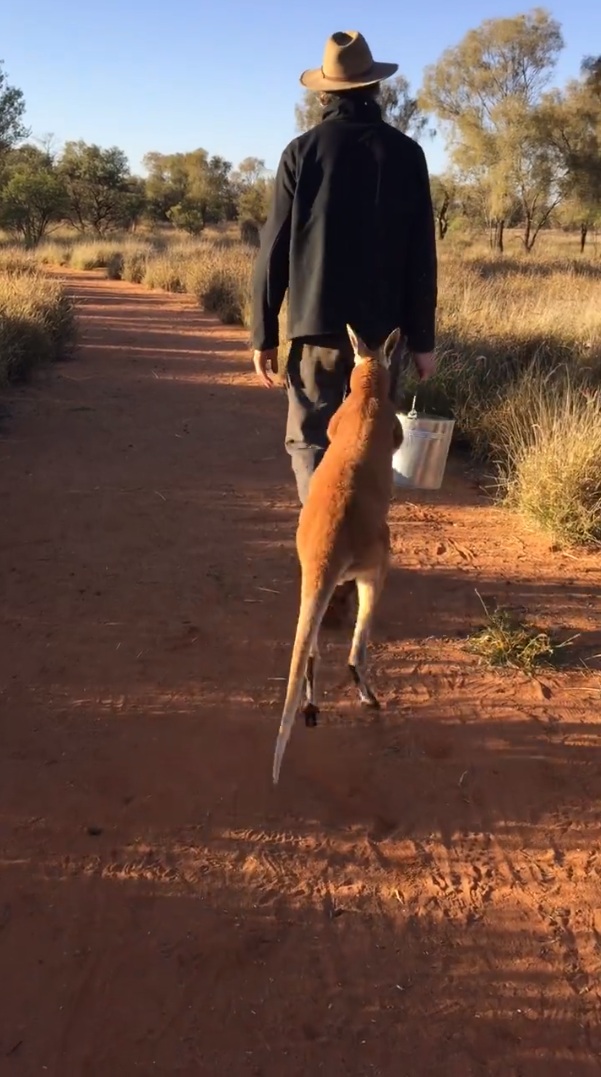 The Kangaroo Sanctuary Alice Springs shares that “He is an orphan I’ve had for about 7 months or so.” Although they are out of their mother’s pouch by now, they can be quite clingy for affection but readily independent as well.

In all animals’ birth, the marsupial’s birth of a kangaroo can be regarded as a unique one for their close bond. So, it is only natural that this orphaned joey seeks for the attention and love from its ‘mother’ figure!

See how adorable this hopping joey is here

16 hilarious photos of cats that instantly regret their decisions