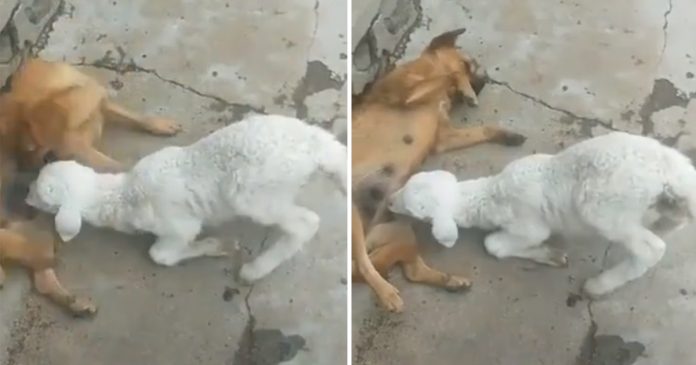 This kindhearted labrador dog was hanging out on the roadside when she suddenly received an unexpected guest at her spot.

However, that was not the most surprising anecdote that she encountered that day.

The labrador dog which is apparently a female was just enjoying the breezy day outside as she lied down comfortably on the roadside when an unknown lamb approached her.

Thinking that the lamb was just passing by, the labrador dog did not have any hostile thoughts about the lamb.

However, it was not until the lamb suddenly rushed to her in search of some milk! 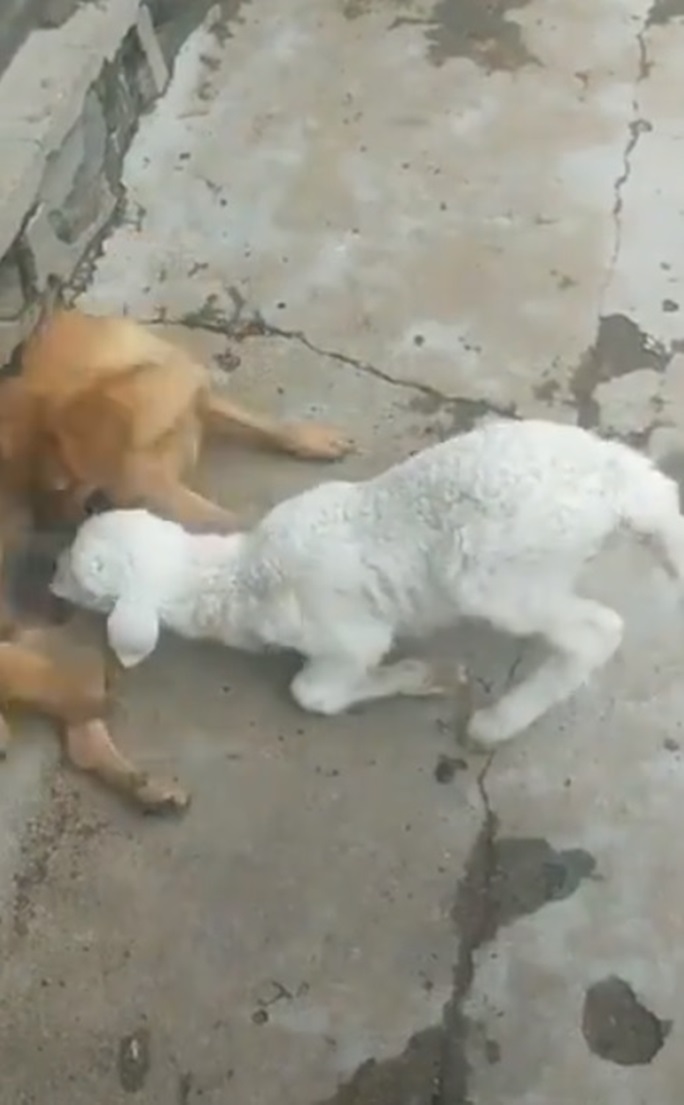 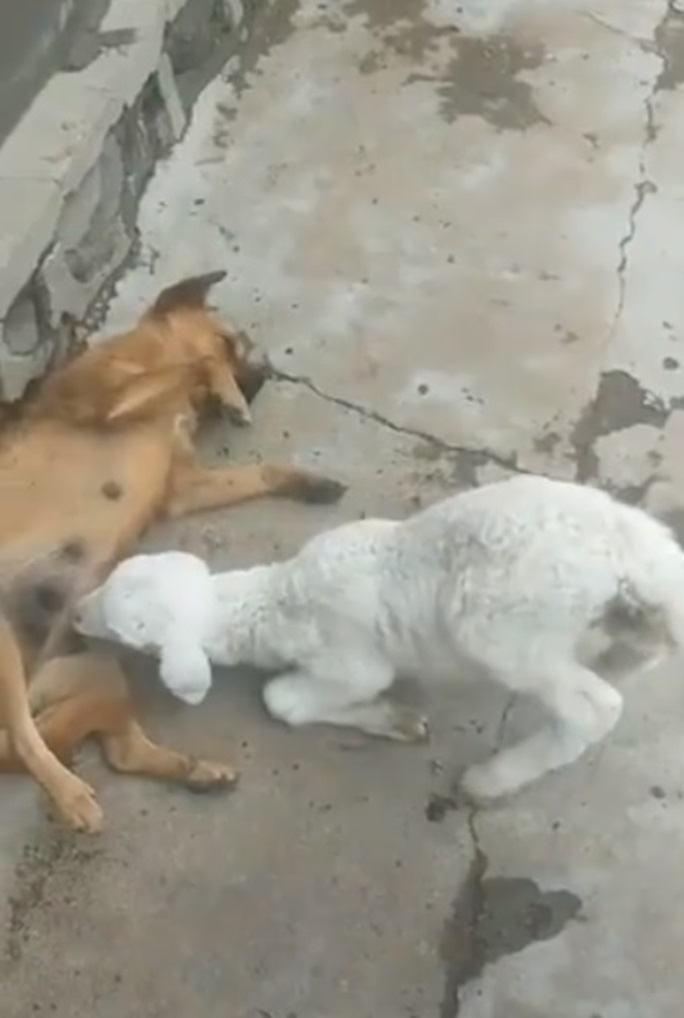 Probably abandoned by his mother, the lamb continued to suckle milk from the labrador dog.

Nevertheless, although the dog looked quite astounded by the bizarre incident, she eventually nursed the hungry lamb as seen in the video 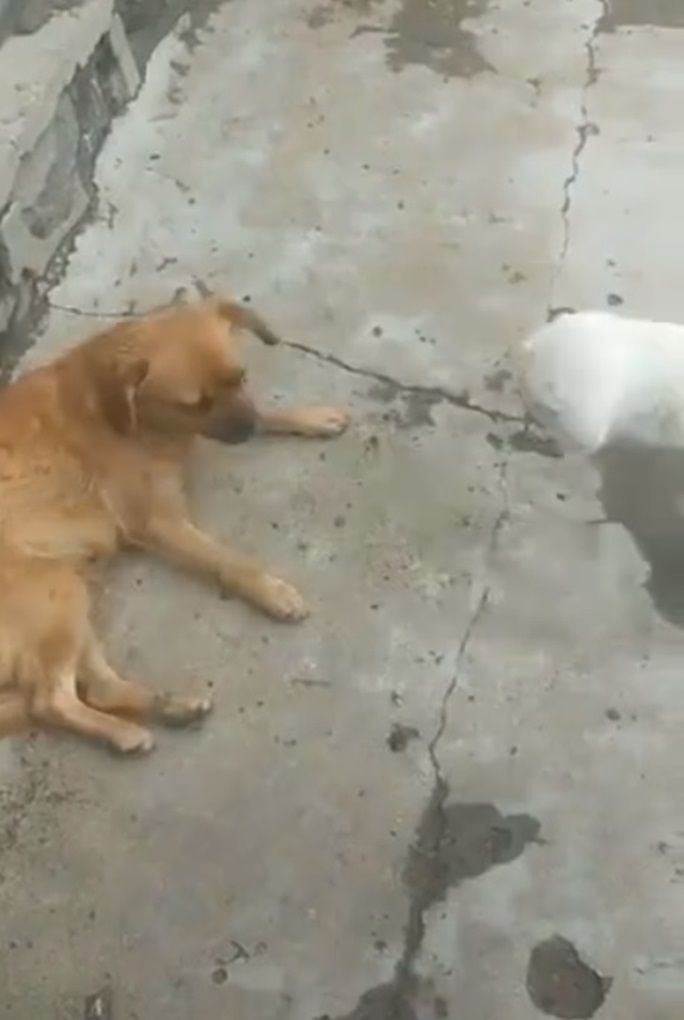 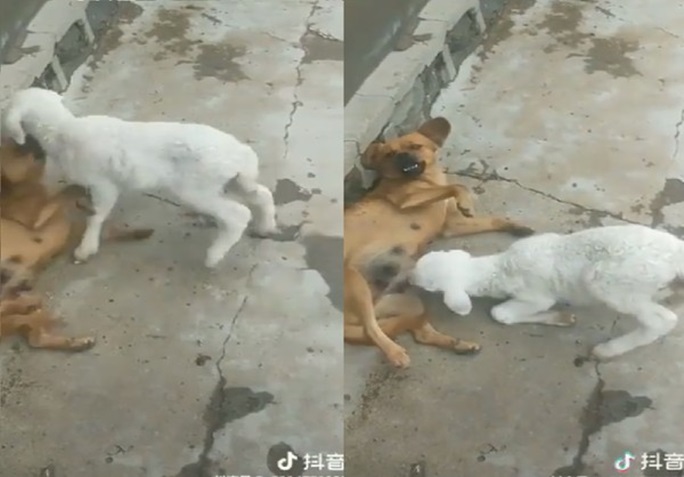 She must have understood that the lamb was really hungry that she let the lamb suckle some milk from her.

Watch the bizarre incident in this video here

This father cat is struggling to feed his kitten and it...