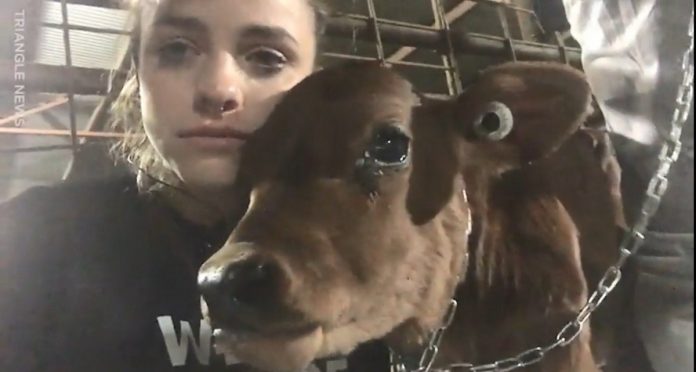 An animal rights activist named Alix Livingstone has shared a video of her comforting a calf that would later be slaughtered.

The heartbreaking video was shot inside a slaughterhouse in Victoria, Australia which the vegan activist and her friends broke into as part of their mission to save the calf.

Alix broke into the Benalla Slaughterhouse and chained herself with the calf to shows their protest to the slaughterhouse. Other activists in the mission also shackled themselves to a calf 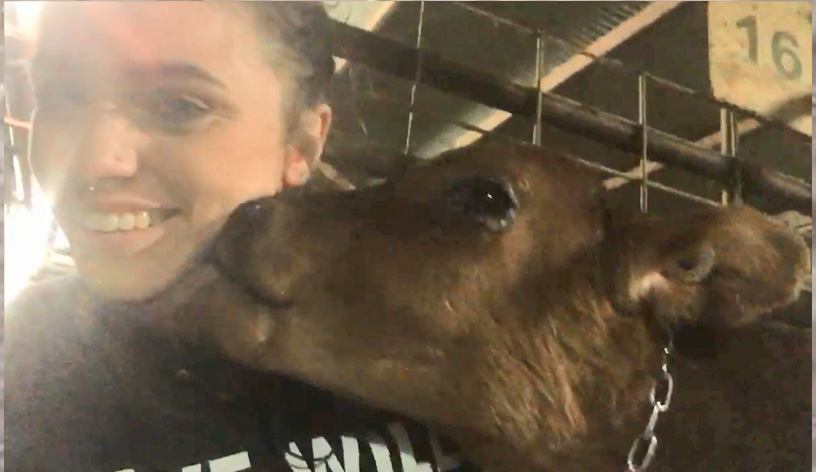 The slaughterhouse staff said to Alix and her activist friends that they would be removed forcibly if they refused to go of their own will.

Alix, instead, tried to negotiate with the slaughterhouse staff to release the two 30-day-old calves who were believed to be separated from their mother. However, the staff refused to do so.

In the video, Alix tried to comfort the calf which looked distressed and scared. The animal rights activist continued to hug and cradle the calf while sobbing 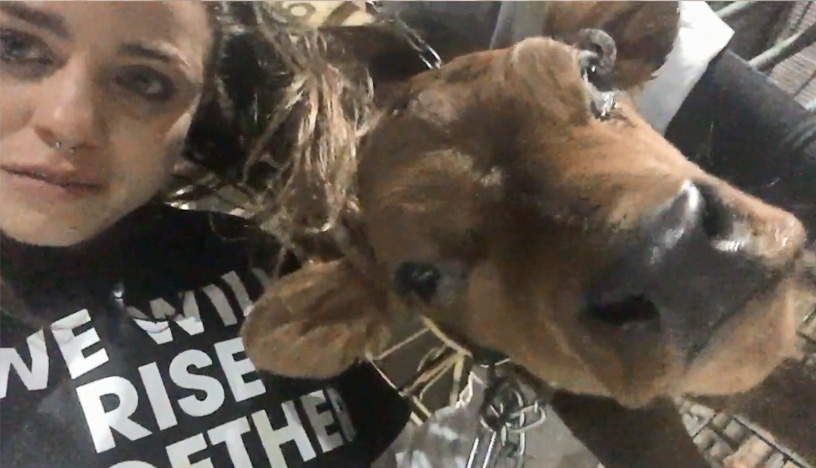 The two calves that Alix tried to rescue were said to have been slaughtered the same day hours later, according to her claim. 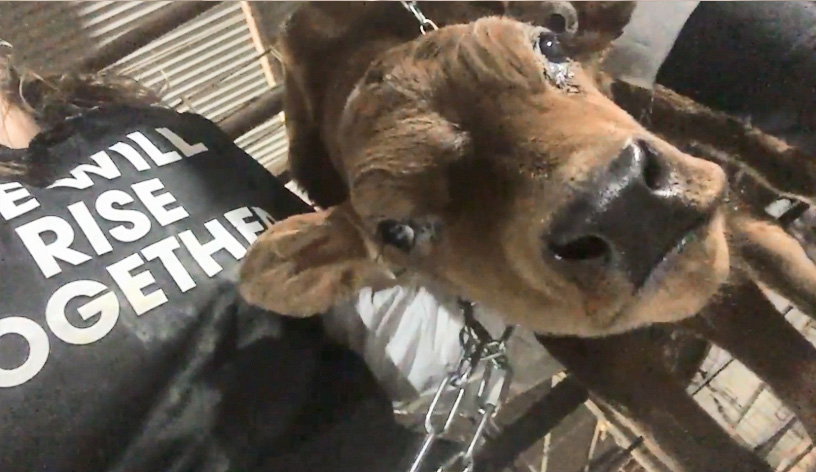 Alix said that she hoped that everyone around her would consider becoming a vegan.

She said, “Veganism is not causing harm to the most vulnerable creatures on the planet, showing compassion and being kind to all sentient beings.

“I hope that those who have not yet made the connection will soon realise that even though they are different, they share the ability to suffer, feel love and joy.”

Watch the video of Alix comforting the calf here