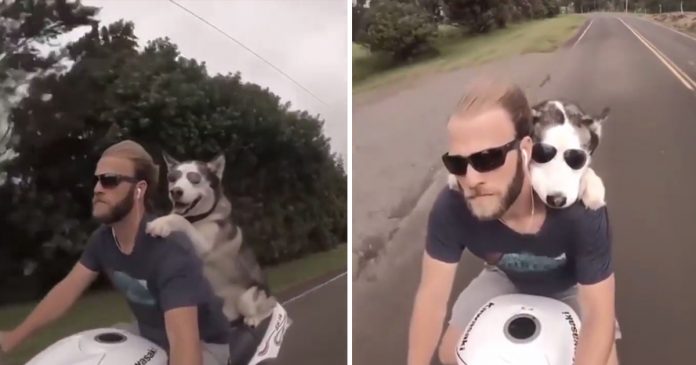 Some dogs prefer a brief walk in the park while other dogs just love playing fetch with their squeaky toy. However, this dog differs from most dogs as he loves the thrill of riding a motorcycle!

In the video, the cool Husky named Sox can be seen riding in the back seat of the motorcycle as his owner drives down a road.

The adorable husky even dresses properly for the ride!

With a pair of sunglasses and a huge grin on his face, Sox enjoy the breezy ride with his owner 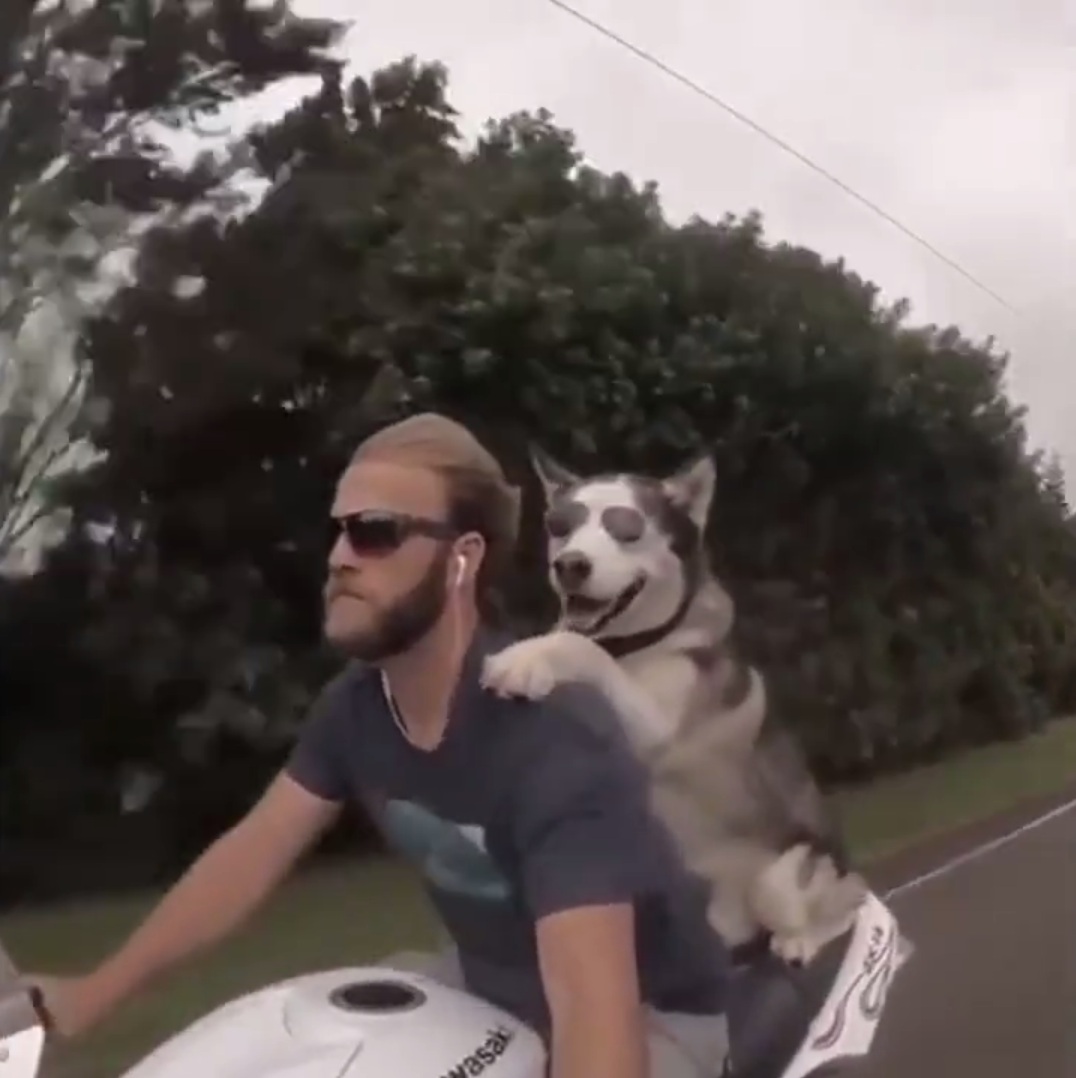 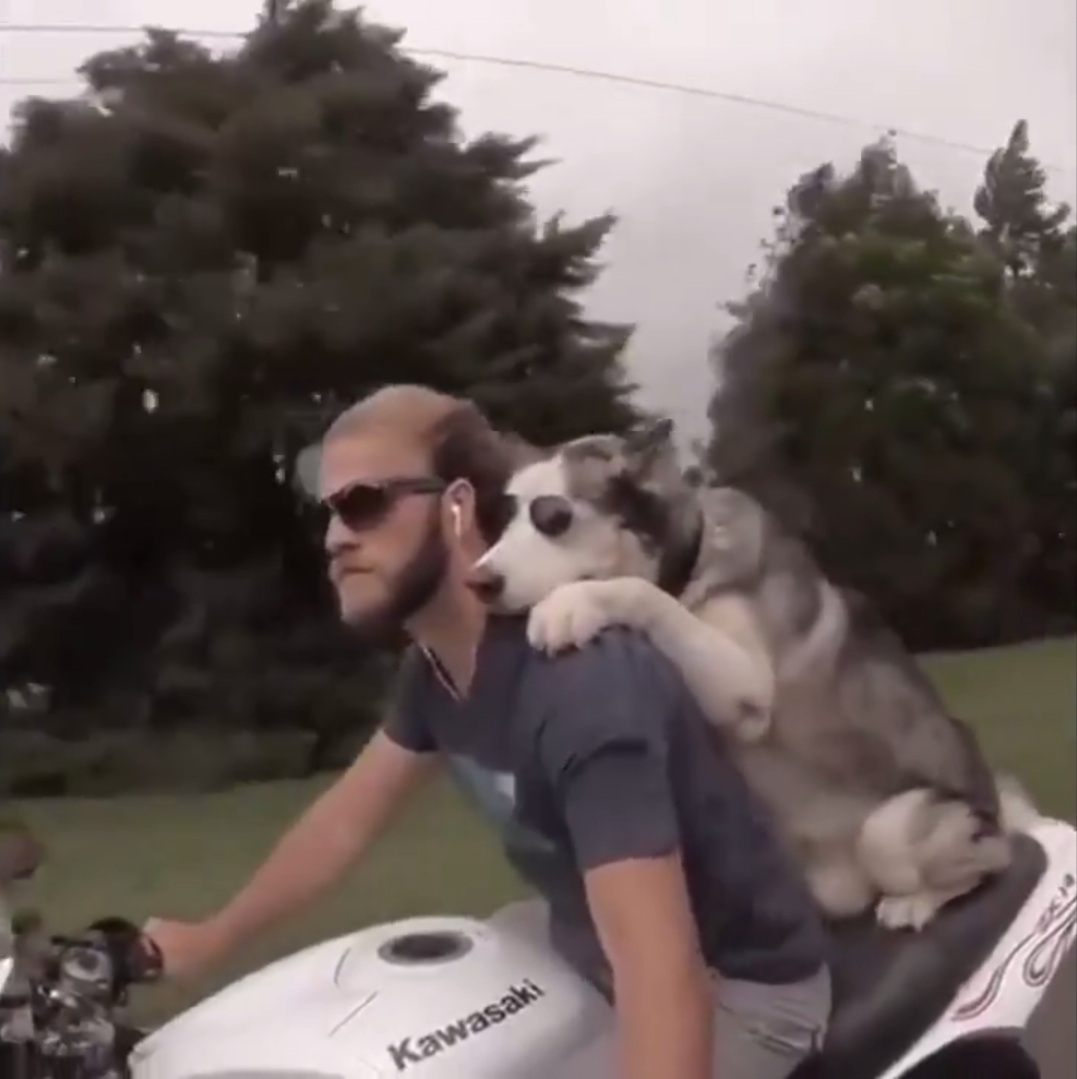 Like his charming husky, the owner also wears a pair of sunglasses.

At first glance, the pair looks like they are filming an action film in the middle of Hawaii! 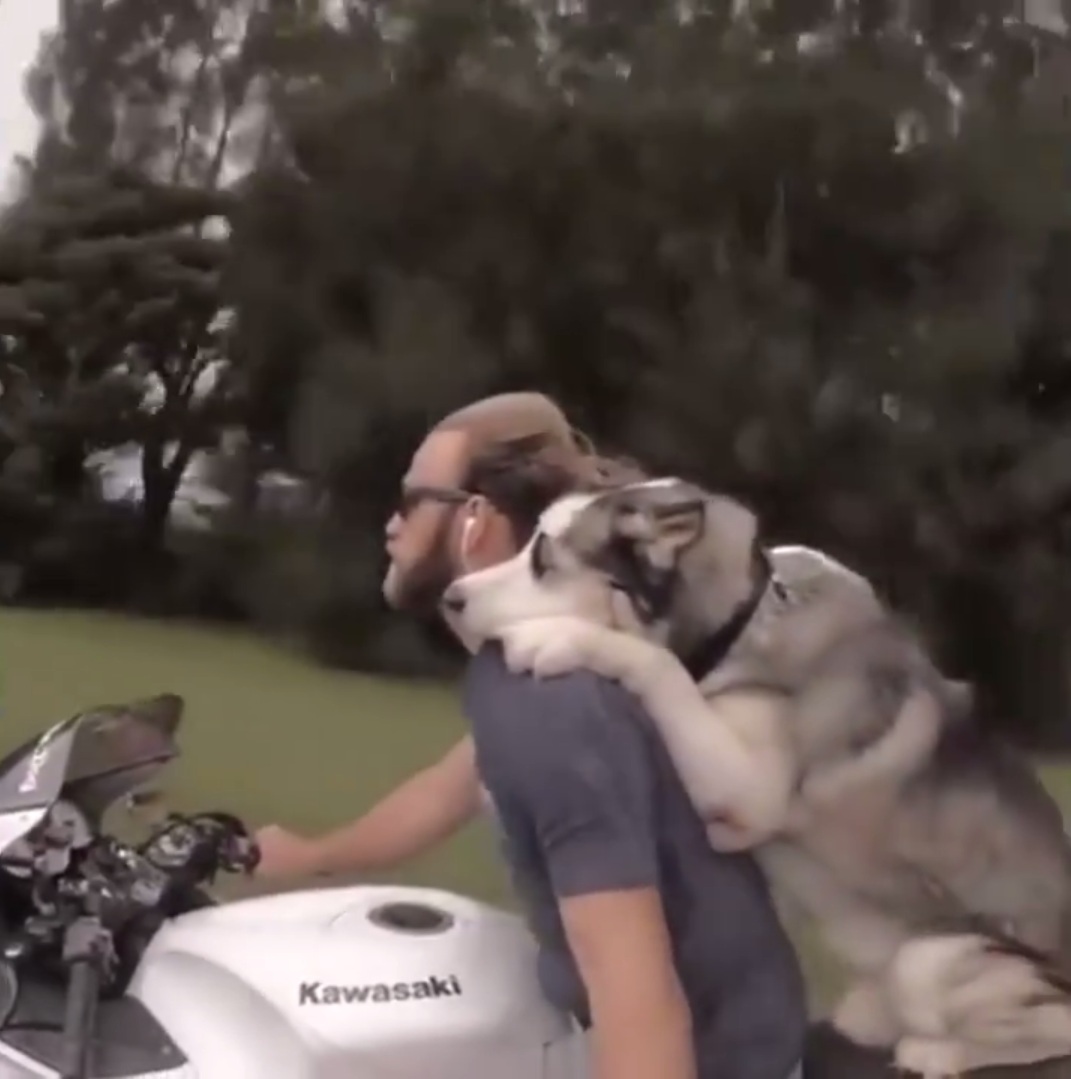 The video was captured in Kohala, the northern side of the island of Hawaii.

While other dogs enjoy a walk in the park, Sox loves riding a motorcycle more. He definitely seems to enjoy the ride

Look at how big his grin is!

Luckily, the owner captured the exciting and thrilling ride on his camera.

Woman Lives Together With A GIANT SPIDER In The House For...